By Jennifer Wang
March 5, 2009
Opinions expressed by Entrepreneur contributors are their own. 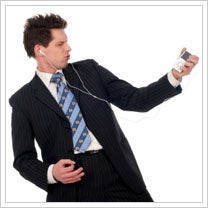 Conventional wisdom says employees with prior work experience are much better hires than those without. Experienced workers are obviously better all-around because they bring with them valuable knowledge and require less hand-holding. Well, not so fast. New evidence reveals there are unforeseen costs to experience, even if the positives ultimately outweigh the negatives.

According to research by business school professors Steffanie Wilk (Ohio State University's Fisher College of Business), Gina Dokko (New York University's Stern School of Business) and Nancy Rothbard (University of Pennsylvania's Wharton School of Business), experienced workers may actually retain bad habits from former jobs that hurt performance in their new workplaces. In the study, Wilk, Dokko and Rothbard compared the past and current performance evaluations of more than 700 call center employees and job applicants at a major insurance firm. They discovered that while prior experience usually correlated with better reviews at the firm, after taking into account the skills acquired from previous jobs, the result was a lower performance rating.

Turns out, experienced workers could do with some hand-holding, too, when it comes to overcoming bad habits and learning to be more effective in a new environment.

What does this mean for employers? For one, they should hire people who are adaptable and fit into the company culture--whatever their age. They should also re-think how they socialize and train new employees, and how much pay prior experience is really worth.

Along the same lines, the study's conclusion implies that the much-maligned Generation Y may have more to offer employers than previously supposed. Several recent publications lend credence to the theory. An article in The Economist noted that "Net Geners may be just the kind of employees that companies need to help them deal with the recession's hazards," supporting that statement with remarks by major company execs who said they were looking for "hungry 25- to 35-year-olds who are willing to travel" and expect to "weather the storm and be stronger because of the Net Generation."

It also references a PricewaterhouseCoopers survey of approximately 4,200 new graduates around the world entitled Millennials at Work: Perspectives from a New Generation. The key findings seem to suggest that Millennials are (gasp), fairly logical creatures. They don't mind hard work, but they want to be treated right. Perhaps this gives off an aura of entitlement in the workplace, but on paper, it hardly seems wrong to value your own worth.

And here's another reason to join the Gen Y team: they probably know more about what they want and how they think than outsiders. In a February interview, Justin Goldsborough, a social media communications manager at Sprint, had this to say about the "Digital Generation," or people entering the workforce who have been using social media at least since their college years:

"Facebook, Twitter, blogs aren't something they do for fun. The Digital Generation uses these tools to communicate on a daily basis. And since younger generations traditionally drive technology adoption--why else would my 72-year-old stepmother have a Facebook account but to keep up with her kids and grandkids?--companies better get on board and embrace social media or they'll find that it's not only consumers who don't feel a connection with their brand, but prospective employees as well."

What do you think? Join the Gen Y discussion on E-connect.