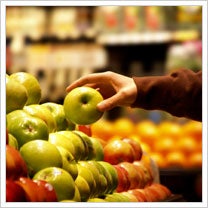 The entrepreneur denies the allegations, saying the feds have patched together a series of unsubstantiated and unconnected allegations to try to prove a drug-related enterprise that doesn't exist. Even assistant U.S. Attorney Timothy Searight admitted to the publication LA City Beat that "I have never met a person who can put George Torres in a room with large amounts of drugs or drug money." Torres' rise and fed-attempted take-down makes for a fascinating story and has attracted national press. The man born in Tijuana started his career as a door-to-door fruit seller in working-class neighborhoods just south of downtown Los Angeles. That's also where he opened his first market, in a former liquor store, with a loan from fellow grocers--the owners of El Tapatio market.

Some say Torres did well for the community, ready to give to worthy causes, taking hardcore gang members in for employment, and selling Mexican foods that were hard to find. But prosecutors say that his willingness to associate with the area's street element demonstrates his alleged criminal ties.

Prosecutors argue he had an associate carry out two murders--one that targeted the alleged killer of a Numero Uno security guard and another that felled a man who allegedy tried to extort Torres.

Torres eventually expanded his Numero Uno stores to include 11 outlets in Southern California. The stores are points of pride for some members of the southside barrio in the Los Angeles Police Department's notorious Newton Division.

The grocery guru's operations are said to produce tens of millions of dollars in annual revenue, not to mention his vast real estate holdings. Torres has been in jail awaiting trial since 2007.