How Thomas Carter is changing the game for startup funding and building faith in cryptocurrency.

September 11, 2018
Opinions expressed by Entrepreneur contributors are their own.

Securing funding for a startup can be difficult. You hear "no" on Sand Hill Road a hundred times before one "yes."

But the paradigm is changing. Cryptocurrency startup funding exploded onto the scene in 2017. It's been the wild west, rife with scams—until now. One man, Thomas Carter, is legitimizing this new way of funding. Here's how he's doing it.

A quarter century in FinTech.

"Raising capital to fund your business is arguably one of the most difficult and trying entrepreneurial encounters," Carter says. "The process is too complex with too many moving parts."

Carter should know. The serial entrepreneur has worked in the startup scene for over 30 years, raising funds in industries ranging from sports to marketing, finance, and multimedia.

He has a knack for improving products and processes, initially cutting his teeth as an entrepreneur in 1988 with Thruster, Inc., a pioneer of high-performance wakeboards. The company grew rapidly, eventually requiring more capital to expand into the snow, skate, and surf verticals. 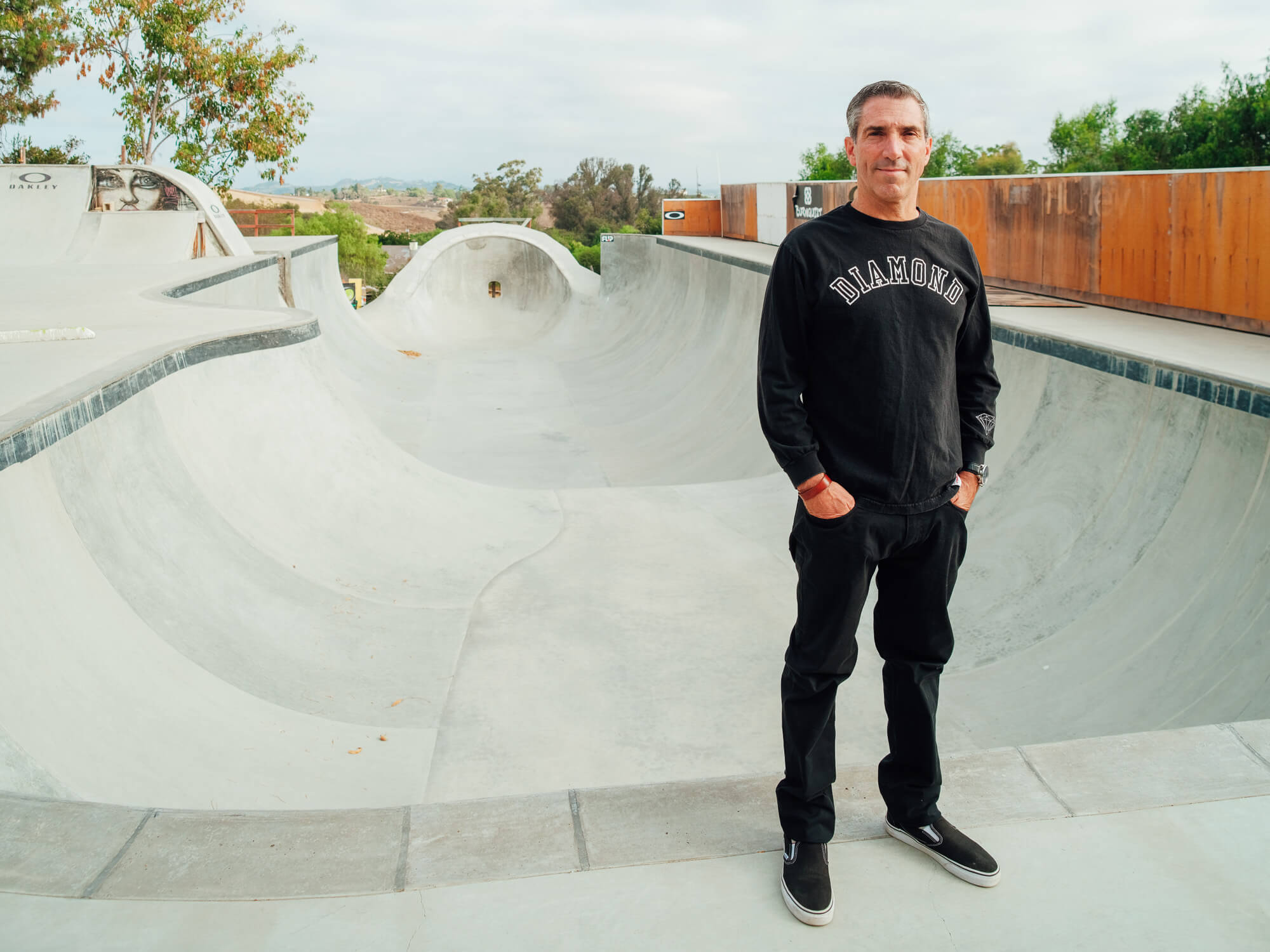 "After months of phone calls, meetings, and traveling, it was obvious that the capital-raising process could be easier," Carter says. So, he developed a way to approach multiple funding sources at once. This helped Thruster scale, and land Carter on the cover of Success Magazine. Shortly afterward, he took the company public.

After cracking the financing code, Carter started the first CD-ROM digital magazine, Netrom, Inc., in 1996. He went on to found several venture capital and private equity companies, including Capital Services Group, an advisory firm that raises funds for early-stage companies.

In a way, he's the "Godfather of FinTech," helping young talent get made. "I want to use my experience to help up-and-comers raise capital unconventionally," says Carter. "I know how tough it is starting out, especially in a new space."

DealBox uses the latest financial technologies to manage large data sets in real time. So instead of going on a round of pitches, entrepreneurs can share their business plans with several potential investors at the same time.

"This isn't the crowdfunding you know," Carter says. "We aren't working with indie filmmakers requesting donations in exchange for free T-shirts."

Instead, DealBox sources capital from family offices, private equity firms, and knowledgeable, accredited investors in "pre-sales" before opening investing to the general public. "Crowdfunding enables you to secure small or large investments from a more diverse pool of investors," Carter says.

With Carter's model, investors receive partial ownership, dividends, and appreciation in exchange for funds. In return, entrepreneurs don't have to endure the costly and time-consuming process of going public or issuing stocks.

"DealBox provides a unique but necessary alternative to bank financing. Many bank practices are obsolete because they haven't adjusted to the startup economy," says Carter. Upon recalling his early days of working with banks to raise funds, he adds, "We also safeguard new talent from their "devil's bargains' and predatory terms." 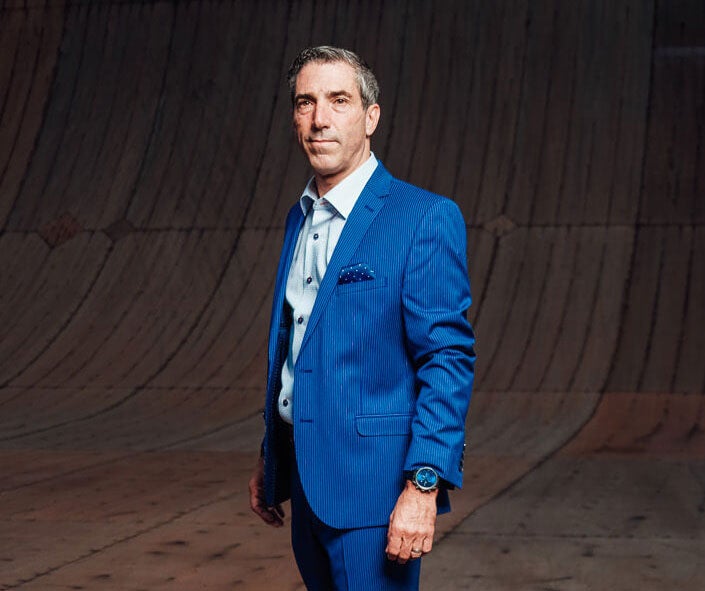 A crash course in cryptocurrency.

The most unique aspect of Carter's model is helping startups and investors break into the "token economy."

The abridged history of this economy starts with Bitcoin, the first digital currency, or "cryptocurrency," to achieve widespread public adoption. Instead of being backed by the government, cryptocurrency is backed by digital cryptography. The flow and exchange of this digital cash is then publicly recorded in a digital ledger, for all to see, called the blockchain.

This has given way to "initial coin offerings." These ICOs are similar to initial public offerings, which give investors stock ownership in a public company. But instead, an ICO offers investors tokens, which can be exchanged for Bitcoin or alternative currencies like Ethereum or Litecoin. These ICOs are cropping up in industries ranging from infrastructure to healthcare and gaming.

Cryptocurrency has attracted throngs of prospecting investors hoping to strike gold with the next hot ICO. While some venture capitalists scoff at ICOs, others see them as the future—and with good reason. Thus far in 2018, over 700 ICOs have raised more than $18 billion in U.S. dollars.

The token rush is happening, but this kind of potential creates wild volatility. "While there's money to be made, there is also little regulation," explains Carter. "So without due diligence, investors risk supporting flawed projects."

The industry is vulnerable to fraud, so a company's entire worth can be destroyed within minutes. During one ICO in 2017, a hacker infamously diverted $7 million of Ethereum to a fake address in 13 minutes. "A lot of ICOs come in hot, but then it's pump (artificially inflate the price) and dump (sell everything at its peak price)," Carter says.

In 2018 the token industry made strides to improve its legitimacy and compliance by "coining" a new offering: "security token offerings," or STOs.

Unlike ICOs, STOs must be backed by a tangible asset like profits or shares and are subject to compliance with the U.S. Securities and Exchange Commission (SEC) and other regulatory groups. Thus, they are more like traditional securities and offer similar protections. STOs typically have dividend or distribution payments. Additionally, most assets can be "tokenized" (used to back a security coin), including assets that aren't typically liquid, such as real estate or art.

STO compliance and issuance platforms are just now emerging—and DealBox is one of the first.

One of the first to legitimize the token economy.

DealBox is a pioneer in digital marketplaces offering STOs. Investors pay cash or other cryptocurrency for "DLBX" tokens to invest in DealBox startups during pre and public sales. DealBox then deploys that cash as seed funding or Series A investments in the startups on the platform. In some cases, DealBox tokenizes the startups and provides the invested tokens directly to them.

After these sales, DealBox initiates a 12-month "lock up" period. During this time, the tokens do not trade freely and are fixed at $1 USD in buying power, protecting investors from initial volatility. After this period, DealBox helps the startups engineer an exit, such as uplisting to an exchange or pursuing Form S-1 filing. DealBox then distributes a portion of the ventures' profits back to investors via royalties.

DealBox aims to offset the unacceptable risk of ICOs by bringing robust due diligence to the "wild west" of the cryptocurrency ecosystem. "Our crypto-economic analysts rigorously vet startups against the same compliance standards applied to public companies," explains Carter. DealBox also has ownership in an FINRA broker-dealer, which further strengthens its compliance credibility.

"The frenzy around this industry hinders widespread adoption of cryptocurrency and the technology," Carter says. "DealBox is creating real economic value by raising standards to improve the overall health of the blockchain ecosystem."

The full package for startups.

To help startups get their house in order for an ICO or STO, DealBox acts like a one-stop shop. "We help ventures with everything from legal compliance to capital structure, financial modeling, branding, and marketing," Carter says.

He's surprised by how many entrepreneurs take their products to market without checking these boxes—but unsurprised when the same entrepreneurs wind up terminally underfunded or their ventures tank.

Carter can't emphasize preparation enough, especially in an industry as disruptive as cryptocurrency. "Many ICOs have raised millions with only a website and a white paper—but no product. But six months later, the company is in trouble with the SEC," he says.

"We offset that risk by systematically vetting and developing every new venture that enters our pipeline. When startups act like public companies, they are much more attractive to high-quality investors," he explains.

It's a win-win for startups and investors.

The future of finance.

When asked about the future of money, Carter has a philosophic answer. "Whatever gets adopted by the masses is the future. That means it's all about trust—because people only adopt what they trust," he quips.

"There's no gold standard. The value of currency hinges on the faith people have in it, regardless of the expert claims about its intrinsic value."

This gives new meaning to the "In God We Trust" printed across the U.S. dollar bill. Carter aims to bring that kind of faith to cryptocurrency. It's a lofty goal, but it's Carter's life mission. 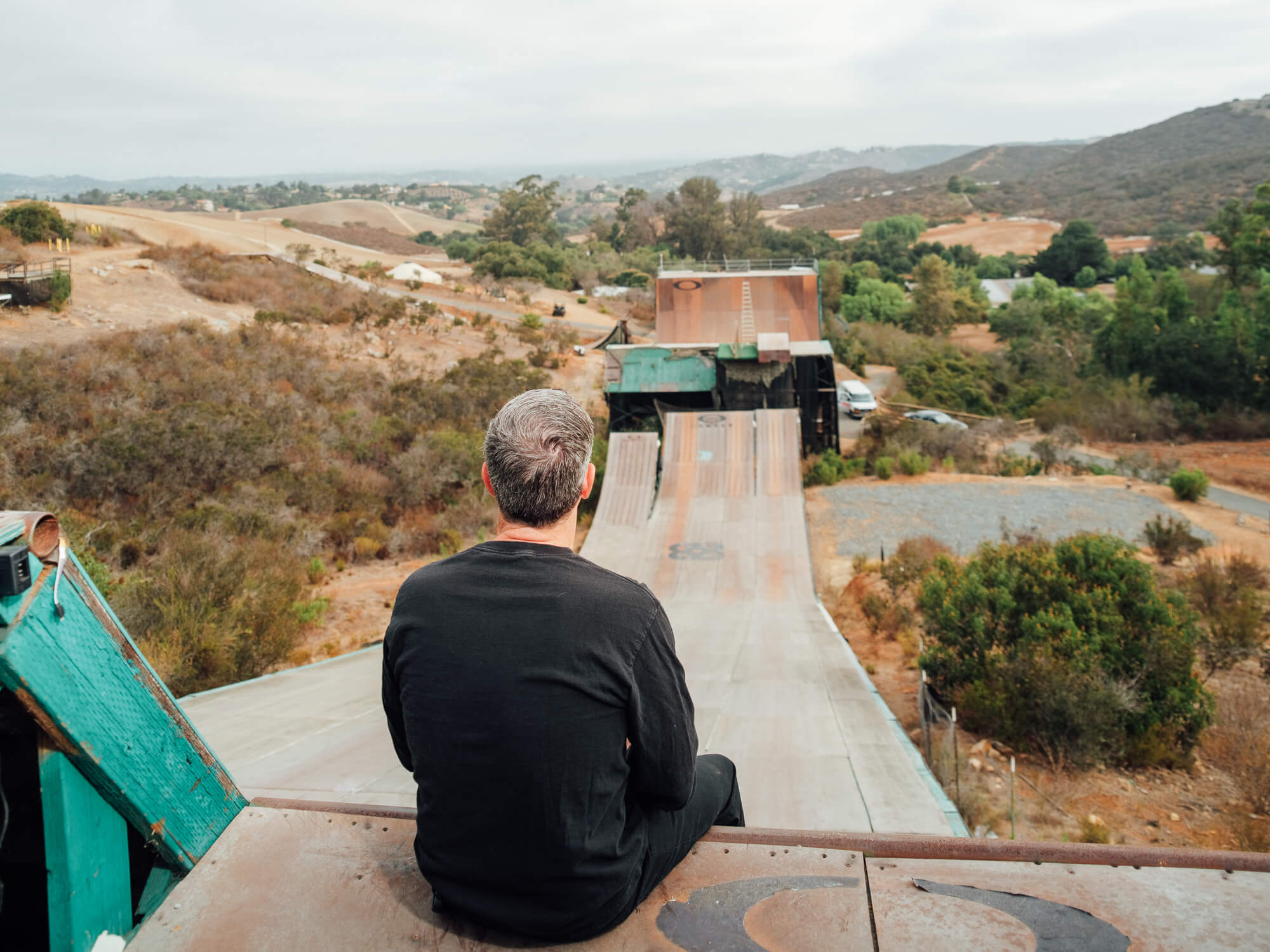 EDITOR'S NOTE: Crowdfunding investments can result in total loss and may be impossible to liquidate.