By Mikal E. Belicove
November 18, 2010
Opinions expressed by Entrepreneur contributors are their own. 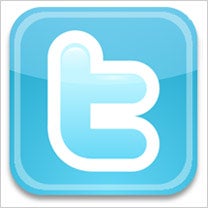 It was with great interest late yesterday afternoon that I watched Twitter co-founder Evan Williams (@ev on Twitter) speak at the Web 2.0 Summit in San Francisco. For quite some time now, I've tried to come up with a compelling reason why I should use Twitter on a more regular basis. In fact, I've often wondered why I should expend any energy tapping into the Twittisphere at all.

Personally, Twitter has been somewhat of a disappointment. Sure, I've found lots of good uses for my clients, but for me, Twitter hasn't succeeded as a platform in the same way Facebook and LinkedIn have. With Twitter, you don't get an all-in-one user experience under one roof. And because that's exactly the type of experience I appreciate the most, I just haven't seen much need for Twitter.


Twitter delegates rather than initiates. It relies on third-party providers to present value-add features, such as analytics, pictures, video, scheduled tweets, multiple account management, reputation scoring and more. Frankly, I'm turned off by the need to use so many third-party applications to access the best that Twitter has to offer.

Williams, while not revealing too much of his company's future plans in his chat yesterday, did share enough to get me thinking about Twitter's utility down the road. For instance, Williams confirmed that Twitter has been working on an analytics tool (actually, he called it "an analytics dashboardy thing") so that users can see which tweets are attracting the most views, and more. He said the tool was recently launched to a few, very selective, users.

He also spoke about the notion of relevancy with respect to all the noise users have to deal with on Twitter. "Relevancy is going to be very important to the company in the near term," Williams said.

If Twitter took the time to learn whose tweets I appreciate and pay attention to the most, and then served those items back to me in a reasonable view, I'd be way more inclined to tap into the service on a regular basis.

On the photo front, Williams remarked, "We need to create a better photo experience, but haven't determined exactly what that is." What this suggests to me is that third-party photo platforms that currently dominate Twitter's photo sharing space could easily become obsolete if Twitter decides to expand its platform to include hosted images.

I welcome the prospect of Twitter building and maintaining more of its own features. Perhaps then I'll have good reason to spend more time in the Twittisphere. The question is, can Twitter become more like Facebook without becoming a second-rate knockoff? And as for all the entrepreneurs out there who developed kick-ass third-party Twitter apps and tools, maybe it's just me, but you really should have seen this coming!