By Mikal E. Belicove
February 12, 2010
Opinions expressed by Entrepreneur contributors are their own. 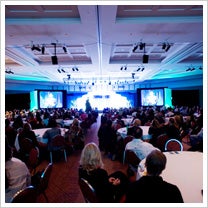 With the economy starting to show signs of improvement, businesses are shifting their focus from how do we survive to how do we grow. When the recession hit, we saw a gradual shift by marketers away from traditional marketing practices and toward online, on-demand venues that eventually fueled a significant deterioration of the traditional marketing model.

The move from traditional to interactive--from push to pull marketing--offered ground floor opportunities for start-ups and businesses of all sizes to combine marketing and advertising with true customer engagement, which is something traditional marketing never offered. Now, with social media, companies are starting to realize that they can tap into timely interaction with customers and prospects at a fraction of the cost associated with traditional marketing.

But, as the folks coordinating a conference this March in Chicago say in their conference registration brochure;

It's a new world with new rules, lower tolerance for errors, and intensified scrutiny over expenditures . . . Every second, every penny and every decision counts, and CEOs across industries are counting on you, more than ever, to demonstrate where and how marketing investments can translate into profitable growth.

Enough said. If your start-up or business is interested in taking its social media-related marketing efforts to the next level, here are some conferences you should consider attending: