Dumping Your BlackBerry? Join the Club

By Jason Fell
October 21, 2011
Opinions expressed by Entrepreneur contributors are their own. 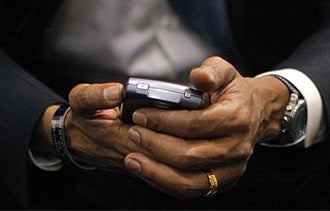 If your New Year's resolutions include trashing your BlackBerry, you're not alone.

As many as 60 percent of users at small companies plan to exchange their BlackBerry phone over the next 12 months for another platform such as Apple's iPhone or Google's Android, according to a new report from Boulder, Colo.-based research firm Enterprise Management Associates. Some 30 percent of users at larger, enterprise-size companies are expected to make the same change, the report says.

"If you look at the amount of adoption of Android and iPhones -- devices that didn't exist a few years ago -- that shows that this trend [of declining use of BlackBerry phones for business] has been going on but is accelerating now," says EMA managing research director Steve Brasen, who wrote the report.

Facebook Poll: Which smartphone is best for business use?

The report -- which surveyed end-users as well as business information technology managers -- says only 16 percent of users are "completely satisfied" with their BlackBerry phones, compared to 44 percent for the iPhone and 34 percent for Android. "The impression we have from the research data points to a lack of availability of business-related applications [among BlackBerry users]," Brasen says.

Last week, BlackBerry maker Research In Motion experienced a massive service outage that affected millions of users in the U.S., Europe, the Middle East, Africa, India, Brazil, Chile and Argentina. RIM said the blackout was caused by a "core switch failure" that generated a backlog of messages.

Meanwhile, EMA's report says small businesses are primarily supported by Android (43 percent) and iPhone devices (27 percent). Over the next 12 months, 50 percent of small business smartphone users say they expect to use the Android platform, while 29 percent plan to use an iPhone.

"Android is particularly strong in smaller organizations due to the relatively low cost of the devices," the report says. "Since the Android platform is available on a variety of different physical devices offered by a host of different manufacturers, competition in the marketplace drives down overall prices of Android devices and encourages the availability of some lower-cost smartphone options."

What type of smartphone do you use for your business? Why? Let us know in the comments section below.