How Fast-Growing Companies Use Social-Media Marketing

Here's a sampling of how growth-minded businesses use social media to ring in sales.

Between conversing with customers and connecting far-flung employees and operations, social media has become a prized resource for small businesses. And many business owners now say their efforts are paying off.

Four in 10 women-led business owners attributed an increase in revenue to their social media efforts, with 10 percent reporting a "significant" revenue jump, according to a survey conducted by Women Presidents' Organization.

The data is based on the responses of 259 women-led companies that submitted applications for the annual Top 50 Fastest-Growing Women-Led Companies ranking. The list was released this week by WPO, an advisory group for multimillion-dollar women-owned businesses.

And while 40 percent of respondents said they haven't seen sales improve from social media, 31 percent of them remained "hopeful," as they cited other benefits such as building credibility or bolstering recruitment efforts. Just 16 percent reported no use of social media.

But for those who have achieved bottom-line success in part by socializing their companies, what's their secret? Consider the social-media strategies of these three fast-growing from the WPO ranking. 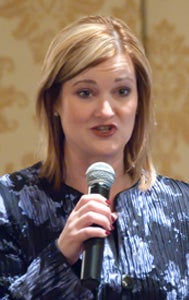 Shelly Sun is the co-founder and CEO of BrightStar Franchising, a Gurnee, Ill.,-based homecare service.

Not only has BrightStar's Web traffic nearly doubled to total 55,000 unique monthly visitors, compared with 33,000 just a year ago, annual sales also surged 60 percent to $99.6 million in 2010, compared with the previous year. She expects the climb will continue in 2011 with projected annual sales of $150 million.

What's BrightStar's secret? Never a big dabbler, Sun who is also chief executive of the Gurnee, Ill.,-based homecare service, hired a dedicated staffer in 2008 to manage the company's social media efforts as well its online reputation.

Today, BrightStar employees blog about the industry as well as post practical tips and advice on a range of topics from a new-babysitter checklist to hiring a homecare aid. Staffers also post links to relevant health and aging news stories on BrightStar's Facebook page, and they'll upload the occasional marketing video or event footage onto YouTube.

Sun's advice: Cultivate in-bound links. By serving as an information resource for caregivers and people who need them, she's been able to attract more than 72,000 in-bound links -- links to her site from other sites -- up from 600 a year ago. She says posting in-bound links to the site from online press releases and having nearly 200 franchisees all undertaking their own social media marketing helps.

"Everything we do with social media is trying to direct people to our site," says Sun. 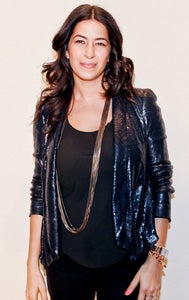 New York-based accessories and apparel designer Rebecca Minkoff [No. 6] uses social media to break down barriers that traditionally separate fashion designers from customers. "I'm never going to be a designer who will sit in an ivory tower," she says. "My die-hards know that they can email me and I'll be the one responding."

Minkoff says quantifying the success of her social media efforts can be hard, but she's convinced it's paying off by looking at her online results: nearly 23,000 Twitter followers and more than 15,000 Facebook fans. Minkoff, whose designs can be found in 300 U.S. stores, also more than tripled her annual sales last year to $17.5 million, up from $5.5 million in 2008.

Minkoff's advice: Host Web-centric events. For example, to mark her company's five-year anniversary, Minkoff gave away several of her clutches called Jack a MAC. The online/offline event, which Minkoff orchestrated through Twitter and Foursquare, attracted 500 to 1,000 participants. "On the last day, we had to give away two bags because people started fighting."

Minkoff also found that teaming up with web communities like Polyvore, which lets users learn about new fashion trends or create their own, can deliver tremendous results. In another contest that Polyvore ran, 6,000 people entered for the chance to help Minkoff choose outfits for her runway show last August. 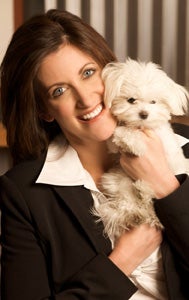 Heidi Ganahl, CEO and founder of the doggy daycare and overnight camp franchise based in Boulder, Colo.

At Camp Bow Wow [No. 10], connecting with clients via social media is a no-brainer, according to Heidi Ganahl, CEO and founder of the doggy daycare and overnight camp franchise based in Boulder, Colo.

"Pet lovers love to talk about their pets online," Ganahl says." Our clientele is really tech savvy -- evidenced by web cams at the camps." Camp Bow Wow's so-called "Live Camper Cams" give clients a real-time look at their animals during their stay. The company says the footage, which is viewable from a local camp's site, sets clients' minds at ease about being away from their pets.

Ganahl also expects many of the company's Facebook fans and Twitter followers to socialize the Camp Bow Wow's Furry Fitness Challenge in June, as they consider entering their pooches. The national promotion, which people can sign up for online by submitting a picture and registration information, is designed to showcase exercise at the camp and its in-house dog-walking service.

It's a way to promote the various services Camp Bow Wow provides without the pressure of a sales pitch, says Ganahl. It's also a way to boost sales -- if indirectly. Last year the company's annual sales catapulted to $51 million, up from $36 million. "It's been fabulous," she adds.

Ganahl's advice: When it comes to connecting with customers through social media marketing, the more touch points the better. With roughly 150 franchisees, Ganahl says 90 percent use social media as a marketing tool, which she advocates through the company's formal social media training sessions and monthly marketing calls. They're also encouraged to blog, and Ganahl provides templates and tools to help franchisees get started.

But even if you don't have an army of franchisees behind you, staying relevant to your customers will always serve you, says Ganahl. "At the end of the day, clients really want us to be up to speed on the latest website stuff and communication tools," she says. "You have to keep it fresh and innovative."