By Nadia Goodman
June 6, 2012
Opinions expressed by Entrepreneur contributors are their own. 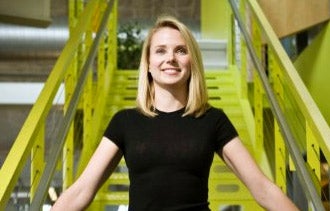 Many entrepreneurs don't even think twice when it comes to working around the clock. Marissa Mayer, Google's 20th employee and current vice president of location and local services, is no exception. When Google was a young company, she worked 130 hours per week and often slept at her desk.

"For my first five years at Google, I pulled an all-nighter every week," Mayer said in a recent talk at New York's 92Y cultural center. "It was a lot of hard work."

Hard work, she says, has been the key to Google's success, as well as her own.

For young companies that demand so much of their employees, hard work can spiral into burnout. Learning to prevent it--for yourself and your employees--is essential to your success as a business owner. Here are three steps to get started:

Step 1. Watch for signs of resentment.
"Burnout is about resentment," Mayer told the audience at 92Y. "[Preventing it is] about knowing yourself well enough to know what it is you're giving up that makes you resentful."

Her assessment is right on target. "The question is whether you can replenish your energy when you get tired," says Michael Leiter, professor of psychology at Acadia University in Nova Scotia. If you can't restore your energy or resolve your values conflict with your work, you feel exhausted, cynical, and discouraged--the hallmarks of burnout.

Step 2. Find your rhythm.
Mayer's theory is that you need to figure out what your "rhythm" is, meaning the activity that matters so much to you resentment sets in when you can't do it. In Leiter's words, it's the activity that restores your energy. That might mean sleeping eight hours a night, practicing yoga daily, or getting out in nature once a week. Whatever it is, it's essential to your satisfaction, so don't skip it.

"People--particularly entrepreneurs--can put in huge amounts of energy and time," Leiter says. "Overwork doesn't burn people out per se, but it's doing that without knowing the things that replenish you."

Step 3. Grant employees one must-have freedom.
When Mayer suspects an employee might burn out, she asks them to find their rhythm. They've come back with, "I need to be home for Tuesday night dinners," or "I need to be on time for my daughter's soccer games." She grants those needs--no exceptions.

"You can't have everything you want," Mayer cautions. "But you can have the things that really matter to you. That empowers you to work really hard for a long period of time on something that you're passionate about."