By Peter Daisyme
March 11, 2016
Opinions expressed by Entrepreneur contributors are their own.

One upon a time, you were a slave to your cable or satellite provider. Not anymore. Today, you don't have to pay for a bunch of channels that you'll never watch. Instead, it's time to cut that cord with these eight apps designed to give you control over the content you want to see. 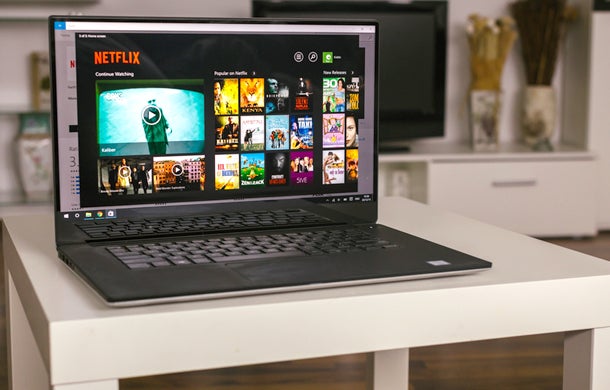 Setting the precedent for all the other apps to follow, Netflix showed us what was possible and still counts as a good cord-cutting app just for the very fact of it's groundbreaking original programming and introduction to numerous international shows and series. They invented the "binge watching" habit that so many of us have now developed, especially with shows like House of Cards and Orange is the New Black.

Some viewers may get easily frustrated with Netflix and its rather minimal monthly updates of new content or regular exits of existing movies. However, it is one of the cheapest cord-cutting apps compared to the others that have now emerged and can be streamed to just about every kind of device. 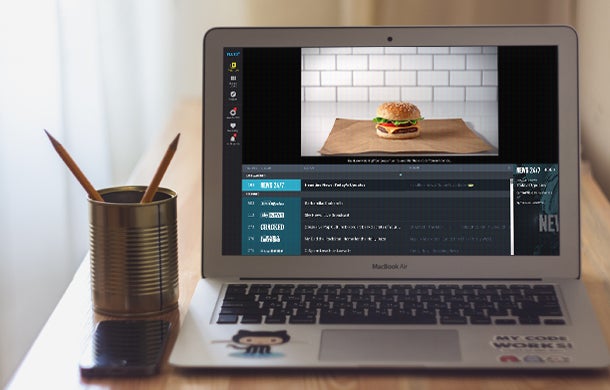 Pluto TV comes at a great price -- it's free! -- and offers over 100 channels of news, movies, comedy, viral videos, music and more. A great compliment to Netflix or Hulu, Pluto TV lets viewers flip through channels and discover highly entertaining content to lean back and enjoy. There is quite a diverse amount of programming including live broadcasts which are updated on a frequent basis.

It works through Roku, Apple, Amazon Fire, Android TV and Chromecast as well as mobile phones, tablets, laptops and desktop computers. Content ranges from NBC News to Drive in Movies (which is a 24/7 channel for non-stop movies), to Internet Gold -- a channel dedicated to the best viral videos from the web. 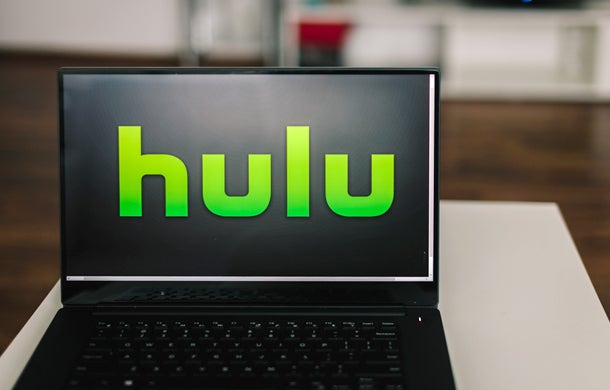 Considered a low-cost option that even includes some free content, Hulu is owned by companies that run three of the major networks, so there is plenty of content from ABC, NBC, and Fox as well as the CW. There is also content from channels like Syfy and a few movies plus some original content in an attempt to try to compete with Netflix and Amazon. The major negative with Hulu is that the content comes with advertisements, which would be great to skip considering you are paying for network television. 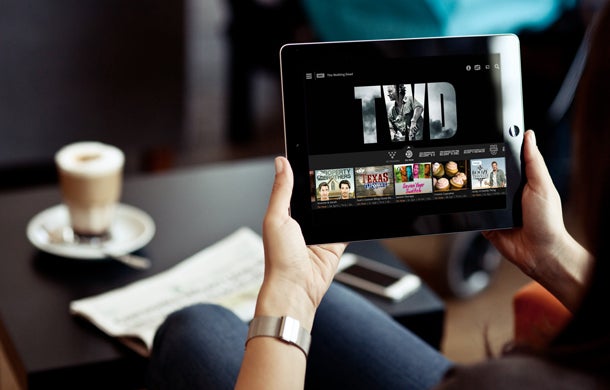 Sling, which is operated by Dish Network, provides access to those cable and satellite channels that you might fear you would miss too much if you cut the cord. This includes channels like HGTV, Food Network, Travel Channel, Cartoon Network, TNT and TBS. For the sports nuts in the family, it comes with ESPN and ESPN2. It works on a fair amount of devices like Roku, Xbox, Nexus Player and Amazon Fire as well as an iOS or Android app.

The downsides include a $20 per month price for the basic package that starts to increase quickly with add-ons like HBO Now, sports packs or other premium channels as well as the fact that you cannot stream it across the Web. Overall, it shows cable that there is an alternative, and it gives satellite companies like Dish an option to not lose its customer base.

Related: Why Some Say Cord-Cutting Is a Myth 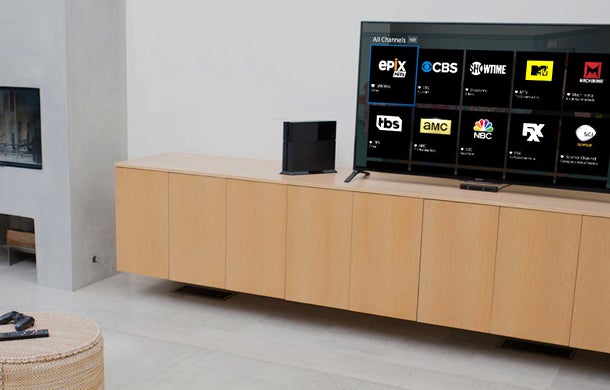 In an attempt to get into the streaming content business, Playstation Vue is a new service that allows you to stream live television shows, sports and movies to your Playstation 3 or Playstation 4 as well as your Google Chromecast or Amazon Fire device and iPhone or iPad. The prices are surprisingly expensive for anywhere from 50 to more than 85 channels, ranging from $50 to $65 per month. This is considerably pricier than the other cord-cutting apps and closer to the cost of cable or satellite, so it may not win as many customers. It's a relatively new option -- so time will tell. 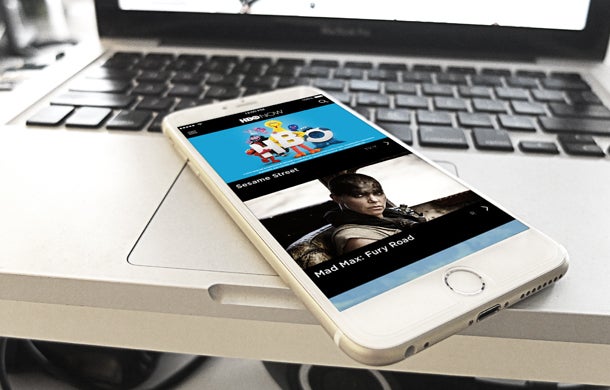 Realizing that there was greater audience potential out there but knowing that many people were cutting the cord led HBO to open up its premium content to everyone through partnerships with other companies, including Roku. The benefit here is a relatively low entry cost and a 30-day trial plus access to all its premium content and movies. The only downside is that it's all offered for a price, which is more than it costs to subscribe to services like Netflix which comes with so much more diverse content (not exclusive HBO's content). 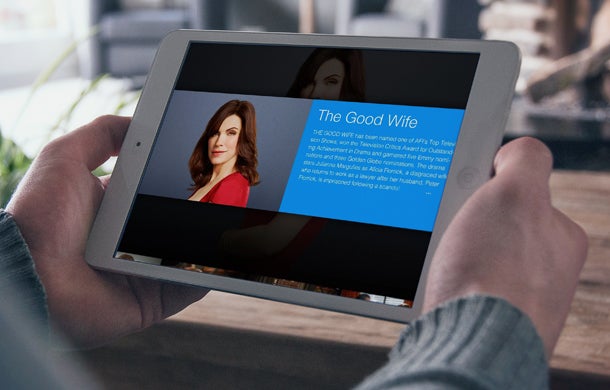 CBS All Access is a major television network concerned about losing its audience to the other apps, and it is seeing the other networks firmly behind Hulu. So, CBS decided to offer much of its content on a subscription basis. Priced under $10 per month, CBS has a streaming service that is available through a website or as an iOS or Android app. It offers current and past seasons of numerous series and shows from its lineup plus thousands of old television shows, including Cheers, The Brady Bunch, The Twilight Zone and more. The one negative is that it cannot yet be accessed on devices such as Roku, so you would have to maintain it separately from other apps and devices you are already using. 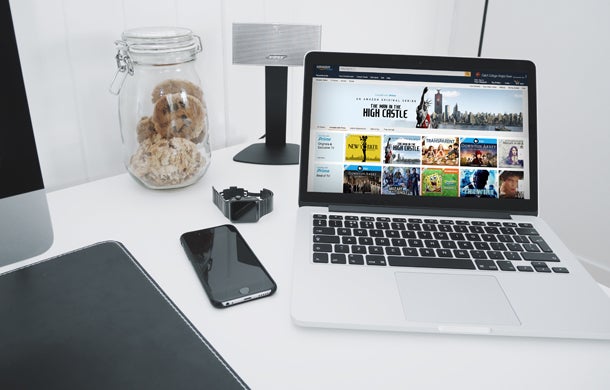 The beauty of Amazon Prime is that you get free shipping for those binge online shopping sprees, plus you can enjoy a significant amount of included content and access to ala carte content as well as a music streaming service. Following in the footsteps of Netflix, Amazon has taken original content to the next level with a number of award-winning series to illustrate that network television does not have a lock on interesting television.

There are also thousands of movies and shows to choose from that are included in the price. Its partnership with premium channels like Showtime means that you can now add on this channel to enjoy more original series. Like the other apps, it can be streamed to multiple devices or through the many available devices like Roku. The only disappointing aspect with this cord-cutting app is that so much of the older content available seems to cost extra, which is hard to fathom, considering some of the movies are 20to 30 years old.

With so many options, it seems easier than ever to cut that cord but now harder to leave the sofa and stop binge watching. It shows that long-standing traditional companies are now being disrupted by those that understand the growing trend toward personalized content delivered where and when consumers want it. As more consumers become accustomed to streaming what they want to watch, there will be even more apps that appear to satisfy this trend.