Version 3.0 of the cash register is the iPad.

First, merchants had that heavy metal piece of equipment that made a "ca-ching" noise when you opened the cash drawer sitting in their shops. Then, many business owners used an automatic point-of-sale computer, which can be bulky and costs approximately $20,000. Now, more entrepreneurs are opting to have their cash register, inventory tracking and customer records all run through an iPad or other mobile touch-screen tablet. An iPad looks modern and sleek, the device's mobility gives a merchant greater flexibility in serving customers, and the cash-register software available for a tablet costs considerably less.

Over the next three to five years, many of the existing larger and pricier point-of-sale systems will be replaced with iPads, says Dave Kaminsky, an emerging technology analyst with Mercator Advisory Group, a payments-industry advisory firm headquartered in Maynard, Mass. It's impossible to predict when a total conversion of the market would occur, he says. In the same way that some customers continue to write checks in an age of online banking, some merchants will continue to use the older point-of-sale systems out of habit, he says.

For Shannon Seip, transitioning from a more traditional point-of-sale system to an iPad-based system was a cost-saving no-brainer. The set-up costs for an iPad-based point of sale system for her healthy, kid-friendly café were $10,000 less than it would have been with a traditional point-of-sale system. "For a small company like us where $10,000 makes a huge difference, that was a key differentiator," says Seip, who recently moved her shop, Bean Sprouts Café & Cooking School, from Madison, Wis., to Seattle. "That might mean an extra oven that we might need, right there."

When Bean Sprouts was in Madison, the café operated with a traditional point-of-sale system called Aloha, made by Duluth, Ga.-based multinational corporation NCR. Now, Bean Sprouts uses an iPad-based point-of-sale system offered by Ontario, Canada-based Aireus. To get set up with Aireus cost Seip $3,750 plus the cost of two iPads and printers. She selected Aireus for its relatively affordable startup and maintenance costs, its compatibility with other financial software that Bean Sprouts uses and the customer service, among other reasons.

A range of iPad-based point-of-sale systems are on the market now. As more tech companies look to enter the point-of-sale market, some seemingly unlikely competitors are angling for the same turf. For example, Chicago-based Groupon, known for running daily deals on local services and products, and San-Francisco-based Square, known for giving merchants a way to accept credit cards from their iPhones, both now offer point-of-sale systems tailored to specific segments of the restaurant industry.

Groupon's restaurant software, called Breadcrumb Pro starts at $99 a month, was released in October 2012 and is tailored to more full-service restaurant set-ups. Square's free software, Square Register, launched in March 2012, and last month was updated with new functions for the smaller, quick-serve restaurateur. While Groupon's Breadcrumb Pro monthly software costs starting at $99 a month are higher than Square's free software, Square's swipe fee of 2.75 percent of a charge is higher than Groupon's 1.85 percent of a charge plus a 15-cent transaction fee for any charge above approximately $17.

Point-of-sale system companies known for their larger and more powerful $20,000 systems, such as NCR, also have moved to provide iPad point-of-sale solutions. NCR's iPad-based point-of-sale solution, called NCR Silver, launched last summer. NCR's software is free, its swipe-fee charge at 1.99 percent is between that of Groupon and Square, and NCR requires merchants to pay an equipment-lease fee, starting at $29 each month. The 128-year-old company is confident that merchants will end up picking NCR's longstanding expertise over the newer entrants to the market.

What's more, offerings from Groupon and Square don't currently have the ability to serve the more sophisticated point-of-sale needs of larger enterprise chains, says Sucharita Mulpuru, retail analyst with industry advisory firm Forrester Research. "I am sure that everyone wants to position themselves as more," Mulpuru says of the point-of-sale tablet options flooding the market. Groupon and Square may be best for the kinds of merchants that were previously cash merchants that are looking to now accept credit cards because of their low set-up costs and ease of adoption, she says. And because it is so expensive and time consuming for a larger retail operation to replace its point-of-sale system, new point-of-sale offerings will have a better opportunity with smaller retailers that either don't have an existing system or for whom transition costs aren't prohibitive, says Mulpuru. 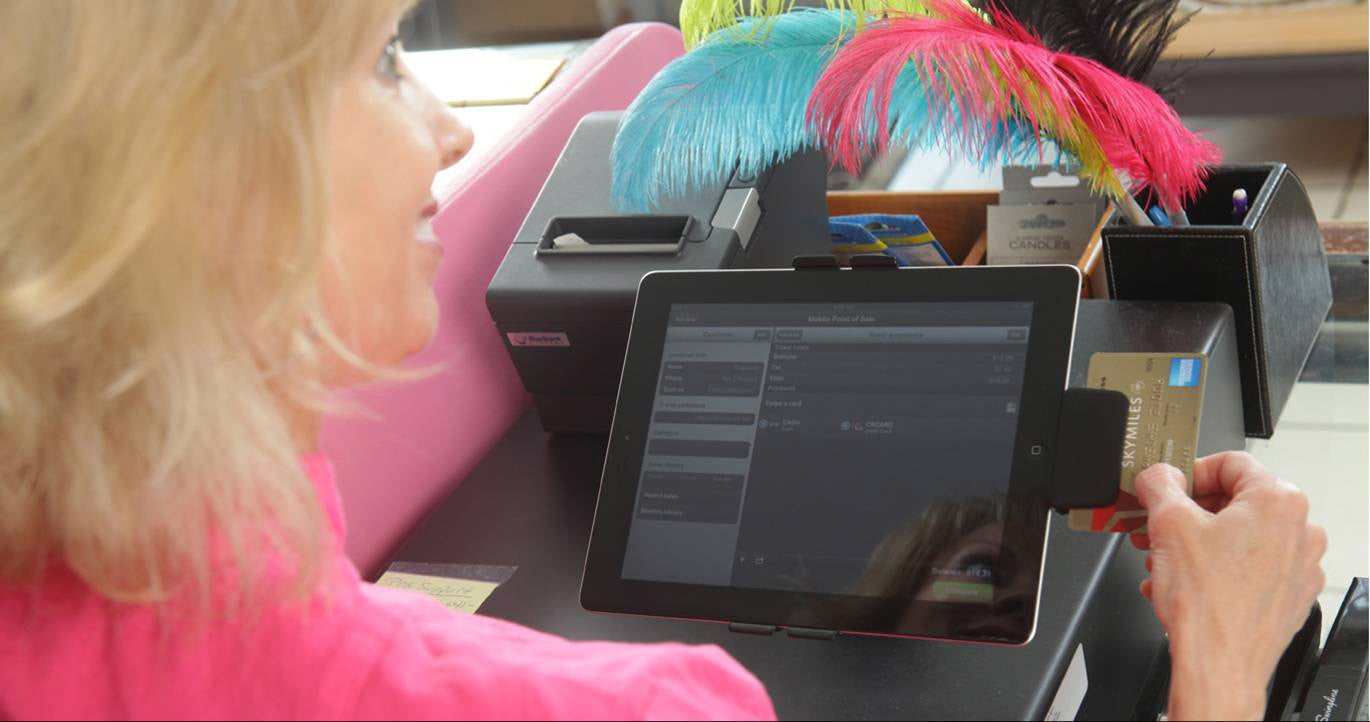 Among smaller retailers, the major players like NCR have the advantage of name recognition in the point-of-sale industry, but whether they continue to dominate will depend on their ability to innovate ahead of the more nimble point-of-sale system startups, says Kaminsky. So far, the biggest players have been keeping up and making necessary changes and updates to their systems, he says.

As Chicago-based Groupon tells it, moving into the point-of-sale business is a natural evolution from its daily-deal model. The daily-deals model is "super clunky today. Daily-deals is goofy, in terms of where it is going to be," says Jeff Holden, senior vice president of product at Groupon. Looking ahead five to seven years, Groupon wants to be the engine that connects consumer demand with local merchant supply constantly and in real time.

To do that, Groupon wants to become the point-of-sale system for merchants that run deals on its platform. Groupon expects to be able to constantly monitor for peaks and valleys in local small-business revenues and coordinate deals to automatically be sent to its 41 million active users to drive traffic to a shop when a business owner needs it, explains Holden. "Local commerce is super inefficient, is super broken. What local businesses have to do to be successful is crazy," Holden says. In the still-burgeoning iPad-as-point-of-sale market, Groupon's ability to monitor the peaks and valleys in a business's traffic and drive customers to a local business at peak moments gives the daily-deal company a "significant benefit," says Kaminsky.

Related: Startup Turns Your Tablet Into a Point-of-Sale System

Square also says that its move into the point-of-sale market was organic. The logical extension of providing merchants a way to process credit cards is offering a way to manage and track those payments. "We expect Square Register to be the default way any brick-and-mortar merchant manages and runs their business. That means building features and functionality that make commerce easy for merchants of all kinds from restaurants, to boutique retailers to mobile sellers," says Aaron Zamost, spokesman for Square. The option of a flat monthly fee combined with Square's speed and agility in adding new features to its software make the company an attractive option for even some larger merchants, says Kaminsky.

As an entrepreneur, choosing a point-of-sale system for your business can seem overwhelming. New options and enticing sign-up offers are available regularly. For example, earlier this month, PayPal offered to waive transaction fees for the remainder of the year if a business replaces its cash register with an iPad operating PayPal's free mobile-payment technology, called PayPal Here.

Business owners often choose an interface and financial dashboard that feels most comfortable, says Kaminsky. "A lot of times, they are going to say: These are all basically the same, they are providing the same service, the differences they have don't make a difference to me. And at that point, it is going to come down to, once again, that trust, whose name do you feel most comfortable going with," he says. 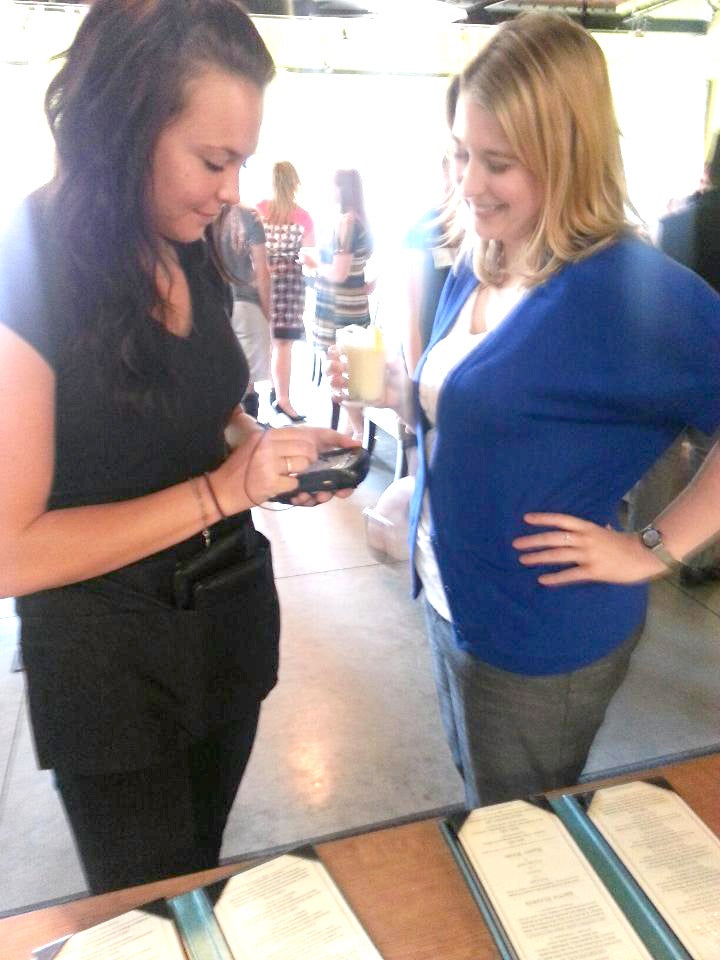 As Snow & Co. grew, Nevins wanted to be able to more carefully understand his customer behavior. "I could get a sales report by ticket and by customer, and I could get a sales report by item, but those things didn't tie together, so I couldn't see what my customers were buying most often together," says Nevins. "If I wanted to get my hourly sales, I could run it out by hour, but I couldn't get a report that would show me my sales by hour automatically." With the more costly system from Micros, Nevins can generate these reports that he didn't have access to with Ambur's iPad system.

The team at Ambur is aware of the restrictions on its software reporting system, and it is working on increasing the reporting functions it can provide, says Jeff Su, the director of operations. When more robust software becomes available, customers will be able to access it for free, Su says. He was unable to provide a timeline as to when more sophisticated reporting software would be ready. But, he says, what's important to Ambur is that a potential customer is able to play around with a fully functional demo of its product before they purchase it. "We want people to know exactly what is going to be happening and then they can ask any questions that they want, they can see it live in person or over a computer screen," says Su.