A Mother's Day hat tip to some incredibly inspiring women in tech busy breaking down the gender barrier and raising kids at the same time.

Hunker down, mamas. You've got your work cut out for you, whether you're at home or in the office. Because every mother is a working mother, even if only some collect a paycheck.

No matter which side of the Mommy Wars you're on -- Team Stay-Home-Mom or Team Career Mama -- the truth is, you'll always be waging the war to balance the endless demands of motherhood to some level.

So, in honor of Mother's Day -- which, mark your calendars and start planning those handmade cards and breakfasts-in-bed, kids, is this Sunday -- this full-time working tech journalist mama of three put together a list of remarkable moms in tech, masters of what feels to me like biggest, most challenging juggling act of them all: Simultaneously rocking your career and motherhood.

Not only are these inspiring women busy breaking down the gender barrier in Silicon Valley's male-dominated technology industry, they're raising kids while doing it.

Hats off to these four awesome mamas in tech. I hope you get the love, respect and pampering you deserve on your special day, or at least a breather. 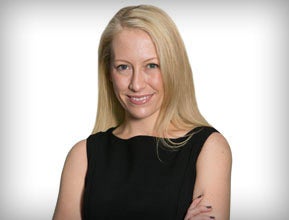 1. Julia Hartz
Julia Hartz is a mother of two and the co-founder and CEO of Eventbrite, a San Francisco tech startup that democratized event ticketing. The self-service online ticketing platform allows anyone -- not just headliner bands and major sports teams -- to organize, social media promote and sell tickets for venues.

Since launching in 2006, the company grossed $2 billion in ticket sales in 198 countries. Hartz, a former TV executive who helped the goof-offs behind Jackass blow up in the mainstream, oversees a team of some 300 "Britelings," all while juggling daily mom duties, a subject she has intimately written about on Eventbrite's blog.

Her two saving graces, she wrote, in the battle to "do it all" as a mom and as tech executive have been the ability to prioritize and realizing that it's okay to accept others' help.

Related: 5 Parenting Skills That Make You Better at Running a Business

"Getting over the stigma of needing to appear as if I do it all myself took about 12 months," Hartz wrote. "I finally realized that the only way to be a successful happy mother, founder, wife, and daughter, was to accept the help that was being offered to me." 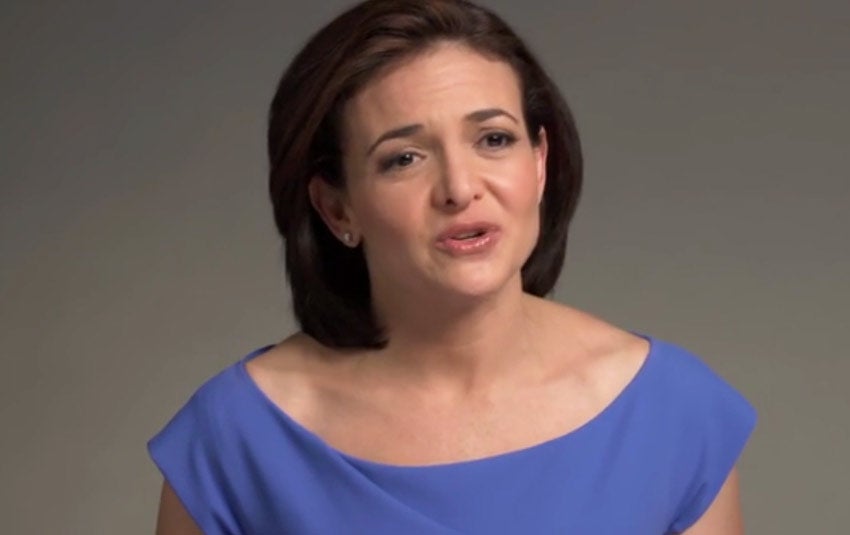 2. Sheryl Sandberg
You probably know Sheryl Sandberg as the controversial author of Lean In: Women, Work and the Will to Lead (Knopf, 2013). The Facebook chief operating officer and former Googler wrote the best-selling advice book to "encourage women to pursue their ambitions" and change "the conversation from what we can't do to what we can do." Nearly a year to the day of Lean In's release last year, she challenged the world to "Ban bossy" and "Encourage girls to lead."

In Lean In the Silicon Valley glass ceiling-smashing mother of two and self-made billionaire criticizes the uncomfortable question moms -- typically not dads -- get asked all the time: "How do you do it all?" Yet, she encourages women to chase after that ever elusive life-work "balance," then use it to "lean in" to their careers and "run the world."

Related: How to Raise Entrepreneurial Kids

The high-powered (and incredibly high-paid) top female tech executive in a definitively male-dominated industry reportedly "leans in" to her family life by leaving work every night at 5:30 p.m. to have dinner with her children, among other less written about ways she's likely involved. Also, the TED speaker's "equal partner" husband shares 50 percent of the parenting duties. There's a concept I can definitely get behind.

3. Lisa Stone
In 1997, about a year and a half after the birth of her son, recently divorced Lisa Stone exited her CNN newsroom job in search of flexible, parenting-friendly hours. She went on to trailblaze a then-brand new social media business model in the brave new world of the internet. Her traditional journalism colleagues didn't take her dive into online media seriously, but she charged ahead into uncharted territory anyway, specifically online women's content, which there wasn't nearly enough of at the time.

"People thought I was nuts and I had no idea where I was going or what my job would be," Stone said in a Makers video. "I took advantage of finding myself in Silicon Valley as a single mother with a one-and-a-half-year-old and went for it. People in Silicon Valley were saying "Women will never go online.' and I thought, "That's crazy talk!' I have a 1-year-old. I'm a single mom. I'm working. My only life is online."

Stone, the first internet journalist to be awarded Harvard University's Nieman Fellowship, served as the editor in chief and vice president of programming for Women.com. In 2005 she co-founded and took the helm as CEO of one of the internet's largest, most successful online communities for and by women and mothers, BlogHer.com. The popular blogging hub, originally created to "answer the question, "Where are the women bloggers?'", now reaches 100 million women each month.

Related: Why You Should Hire Your Kids This Summer

When I asked Stone how she balances her mom and work life, she didn't mince words. "Balance is baloney," she said. "What I am is choosey -- I choose to be a parent, hence I choose not to do LOTS of other things for the (tragically!) short time I have with my kids at home. And that's a privilege." Her son is now 18 and they live in Palo Alto, Calif. with Stone's partner and his children. 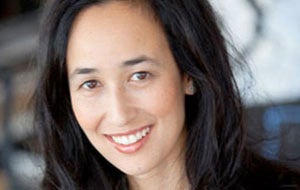 4. Mariam Naficy
Early internet pioneer, serial entrepreneur and Yelp board member Mariam Naficy is a mother of two and co-founder of Minted.com. Launched in 2008, her San Francisco startup crowdsources independent graphic designs from around the world (many of them from mothers) and turns them into gorgeous, high-end designer stationery. In 1998, in the web's early days, Naficy co-founded Eve.com, which later sold for more than $100 million.

Fellow high-powered moms in tech, Marissa Mayer, Yahoo CEO, and Eventbrite's Julia Hartz, have invested in Minted, along with Benchmark, Menlo Ventures and others. The 70-plus employee social e-commerce company has raised some $51 million in venture capital to date, according to its CrunchBase profile.

The startup is committed to improving the health and wealthfare of mothers, donating proceeds from each of its children's art sales to Every Mother Counts, model and activist Christy Turlington Burns' maternal health nonprofit aimed at reducing pregnancy- and childbirth-related deaths across the globe.

Naficy recently told an online publication run by her alma mater, the Stanford Graduate School of Business, that she agrees "with a lot of Sheryl's [Sandberg's] points about [women] not quitting [work] too early," but adds that women should "take more risk than men early in their careers." That way, once they make "the tradeoff between children and work," they'll be more likely to be in a better position to have more and stronger career path choices.

"I have two children," Naficy said in the article. "I could have stayed home, or I could have started a business. Because I took risks early on -- starting a business right out of GSB [Stanford Graduate School of Business] in 1998 and selling it successfully -- I had great options. You need to have money set aside, you need leverage to negotiate with your boss, and you need to have great contacts."