Old Spice and Social Media: Why Not Make the Most of Fabio vs. Mustafa?

By Gary Vaynerchuk
August 3, 2011
Opinions expressed by Entrepreneur contributors are their own. 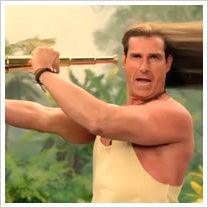 When you look at the Old Spice campaign that just ran with Fabio vs. Mustafa, there's a whole lot to be excited about. Old Spice continues to understand how to extend the story, which is one of the key components in marketing that so many people really struggle with. On top of that, they did what I thought the Snickers campaign before it did really well, which is work on old-school nostalgia brand equity that was established in the marketplace prior to the campaign's launch. I believe "nostalgia factor" is still one of the biggest untapped resources in the marketplace.

When somebody or something has brand equity due to past relevance, you're able to rehash it and create a type of nostalgia, "oh, wow, remember that" factor. It's powerful.

The Old Spice campaign did two things extremely well. For one, they continued the Old Spice Man campaign which, by the way, originally started on television. They extended the story from television to the internet. This is probably still the case study on how to take traditional media and bring it to a digital world. Ultimately, in my opinion, where social media today sits strongly (not only in the aspect that it's the most amazing customer service platform in the world) is in the fact that it's an absolute opportunity for you to continue branding established somewhere else -- be it print, radio, television or any other form of traditional media. Old Spice continued Mustafa's story exceptionally well -- Mustafa's still around, here comes Fabio and, with Fabio, they hit on that nostalgia nerve. The brand has used Fabio in the past and that makes you reminiscent about the old-school Old Spice campaigns. I could even see Charles Barkley getting involved in the future, but that's another idea altogether.

I think there's a whole lot to be excited about here. The big problem I have with this campaign is actually already summed up in a full chapter in my book The Thank You Economy about Old Spice's use of social media… and here we are again. Not that they haven't learned and, to be very honest with you, I'm not mad at Old Spice or the agency involved or Procter & Gamble or whoever. I fundamentally believe that, as we are on the dawn of 2012, that brands continue to not understand what social media is about. What I mean is social media is an ongoing, living and breathing engagement platform for you and your consumers. The fact that the two accounts (Fabio and Mustafa's Old Spice Twitter accounts) battled each other and engaged with fans was great. The main Old Spice Twitter account, which is the single most important account in my opinion since it's the logo, the brand and the hub, was doing the majority of the promotion.

Here we are though: Days after the content and campaign, they continue to not engage in the enormous amount of chatter surrounding their brand. I will not understand that. "No engagement left behind" is something I believe most brands should seriously be looking at doing and I just can't wrap my head around why they would continue to not engage everyone. I think it's a missed opportunity and I'm sure there are reasons for this (such as lack of resources), but I don't think there really are any excuses. I just can't wrap my head around why, in today's world, you would leave an opportunity to create context with the end user by engaging with all of them on a platform like Twitter.

They built up a lot of smoke and fire once again with this campaign, but are not executing in the follow-through in my opinion. This definitely embodies the analogy that I posted recently on my Gary Vaynerchuk blog. I believe that Old Spice spent more time on the "planning of their wedding than on their actual marriage." This campaign was run perfectly, but the follow-up wasn't. You can have the greatest wedding in the world, but if the marriage isn't worked on afterwards, it's all for naught.

-- Gary Vaynerchuk is author of The Thank You Economy (Harper Business, 2011).