The Battle Against SOPA Is Far From Over

By AJ Kumar
February 8, 2012
Opinions expressed by Entrepreneur contributors are their own. 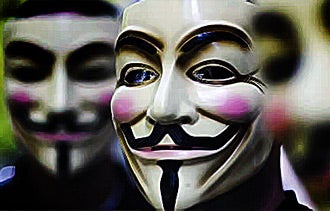 Even though a pair of controversial anti-piracy bills were recently sidelined in Congress, online businesses' battle against restrictive legislation is far from over. Current incarnations of other proposed bills still exist and pose equal threats to the free flow of information online.

Effectively tabled late last month, the Stop Online Piracy Act (SOPA) and the PROTECT IP Act (PIPA) both aimed to punish "rogue" websites that publish or sell pirated content. But internet companies and some members of Congress argued that the bills could negatively affect the flow of information online.

That's just the tip of the iceberg. The following are a few issues entrepreneurs should be aware of that could influence the way online business is conducted in the future:

ACTA, TPP and other SOPA-style legislation: Both the Anti-Counterfeiting Trade Agreement (ACTA) and the Trans Pacific Partnership Agreement (TPP) also have the potential to impact intellectual property law and, consequently, the way in which disputes over the usage of copyrighted content might be handled.

ACTA is a multi-nation agreement that could, among many things, force internet service providers worldwide to act as internet police. Negotiations on ACTA started in 2007. While it has not yet been ratified, countries including the U.S., Australia, Japan and more than 20 European Union member states have signed the agreement.

Internet surveillance: Both the U.S. Patriot Act and its 2008 Foreign Intelligence Surveillance Act amendment give the U.S. Government surprisingly widespread powers when it comes to internet surveillance. Not only do these measures allow the FBI to gather telecommunication, financial and credit records without a court order, they also enable the government to "wiretap" internet communications without providing a written record of this activity.

For small-business owners who conduct financial transactions and exchange confidential information online, the threat of this increased surveillance isn't just whether sensitive information is being unknowingly rifled through by third parties. It's also how securely this data is being stored by end users, who can be threatened by hackers.

Net Neutrality: The concept of "net neutrality" stems from the concern that internet service providers could enforce restrictions on consumer web access based on the type of content being retrieved or the activities being conducted online.

Proponents of net neutrality worry that if web access is controlled by private interests, these corporations could either censor the types of information shared online or force users into an environment of tiered data packages that are priced according to usage.

On top of all that, industry experts consider it likely that revised SOPA- and PIPA-style bills will reemerge at the behest of media titans once the current interest has died down. Given the potential impact of these concerns on online and offline business owners, it can be more important than ever to stay informed on these issues.

What do you think are the most important issues affecting piracy and the free flow of information online? Let us know in the comments section below.