Some say Tinder is just another shallow hookup app. But co-founder and chief executive Sean Rad sees it as a digital extension of our instinct to connect on a deeper level with one another, romantically or otherwise.

Tinder strikes up some 10 million matches a day worldwide. To date, the viral smash hit has made one billion matches. Rad says the pressure to keep those who hookup happy and coming back is intense. So much so that the 27-year-old says he's okay with sacrificing his own youth and personal growth and development to keep Tinder sparking new relationships across the world.

We would call Rad an entrepreneur, but he says hates the word because "it's too loose of a term and these days everyone calls themselves one." The Los Angeles native also rejects the term "Silicon Beach," the sticky nickname for the coastal swath of Southern California that Tinder and hundreds of other tech startups call home.

We spoke with Rad -- who co-founded Tinder in 2012 with Jonathan Badeen and Justin Mateen -- about how Tinder got its start and what the secret is to its global success. Here are his answers, edited for length and clarity: 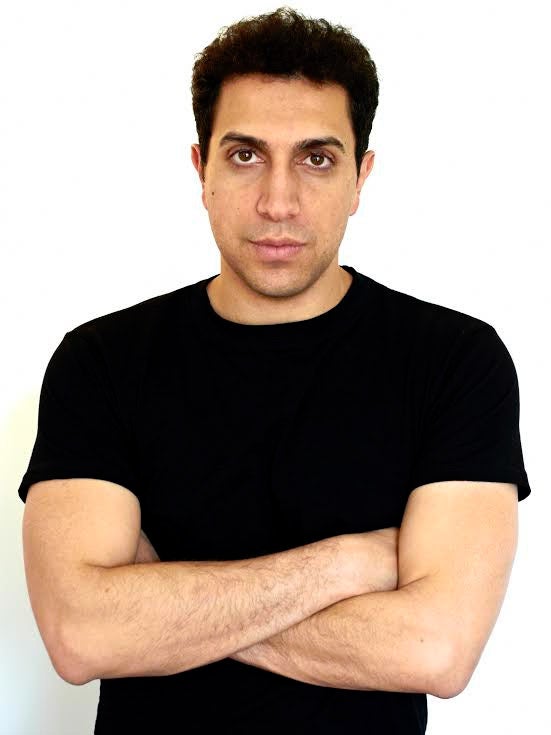 Tinder co-founder Sean Rad
Rad: Tinder works like walking into a room, looking around and subconsciously going "yes, no, yes, no' while scanning people. If you give someone across the room that look and they give you that look back, you're now both responding in the moment and that's a match. It's because Tinder does this so well that we've experienced exponential growth, all without spending a dollar on marketing and advertising, not a dime on user acquisition. It's people. Tinder is an incredibly effective tool for them and they tell their friends, then their friends tell their friends and it goes on. It's pure organic word-of-mouth.

Related: Tinder to Roll Out Verification Feature for Love-Hungry Celebrities

Entrepreneur: Tinder has an office in Silicon Beach's startup community. What are the benefits to doing business in this area versus in Silicon Valley or Seattle?
Rad: I don't like the term Silicon Beach. I think that Silicon Valley has its roots in history. It actually means something versus Silicon Beach, which is almost like a meaningless pun. I'd rather think of greater Los Angeles as a meaningful place where you can attract talent and build a successful company. I think playing off of someplace else's identity does not do a good job of defining our own identity.

Being headquartered in L.A. is a lifestyle choice. I was born and raised here and I love L.A.

One of the big advantages of this area is not being in any sort of echo chamber because there's a lot of diversity here. For a consumer tech startup, diversity matters because you're building an experience for people and the more you understand people and your users, the more successful you'll be at that. If you work at Facebook and you walk out of Facebook's offices chances are you're going to encounter like-minded individuals who sort of look familiar in a certain kind of way.

But chances are if you walk out of Tinder's offices and you head over to the coffee shops that we frequent and such, you're going to find a diverse group of people that is a more meaningful representation of who your actual users and customers are.

Entrepreneur: During the Sochi Winter Olympics Gold-medalist snowboarder Jamie Anderson said there were so many "cuties" on your app that she became distracted by it and had to delete it from her phone. How did you react to the Sochi buzz about Tinder?
Rad: We thought it was awesome and, yes, we saw a meaningful increase in users in Sochi but we're already growing at a pretty large rate across the world. When you're adding users at the rate that we are, the Sochi news was just a drop in the bucket in the grand scheme of things.

Everyone, whether you're an Olympian or a celebrity or just an everyday person, you have this desire to start new relationships and need help in doing so, and Tinder provides a level of efficiency in that process that was never possible before.

Entrepreneur: On a lighter, more personal note, how do you and Tinder co-founder Justin Mateen blow off steam when you aren't working?
Rad: I have a girlfriend and Justin is single. In terms of what we do to have fun when we're not working, we're… I'm… [three-second long pause and a burst of laughter] still working. Tinder consumes the majority of our waking thoughts and I even sometimes quite literally dream about Tinder. So when we're not working, we're still working, just in a different setting.

Justin and I, we're both relatively young and we're dedicated to what we're doing. We actually socialize with our users a lot to try to better understand them. We've both sort of accepted the idea that we're sacrificing our own personal development in exchange to ensure Tinder's development. That's what it takes.

When you receive emails every day from people telling you that you're changing their lives, you feel a personal sense of responsibility to ensure that Tinder succeeds and continues to succeed. That's what it's all about for us.