A hacker has developed an unmanned drone that can attack and essentially assume control over other drones in mid air. Think technology can't get any weirder than that?

Well, then you should keep reading. This is just the tip of the iceberg when it comes to the crazy apps and gadgets entrepreneurs and researchers are working on.

Here, we've rounded up 10 examples of technology that are pushing the envelope and make us scratch our heads and say, "What the heck?" 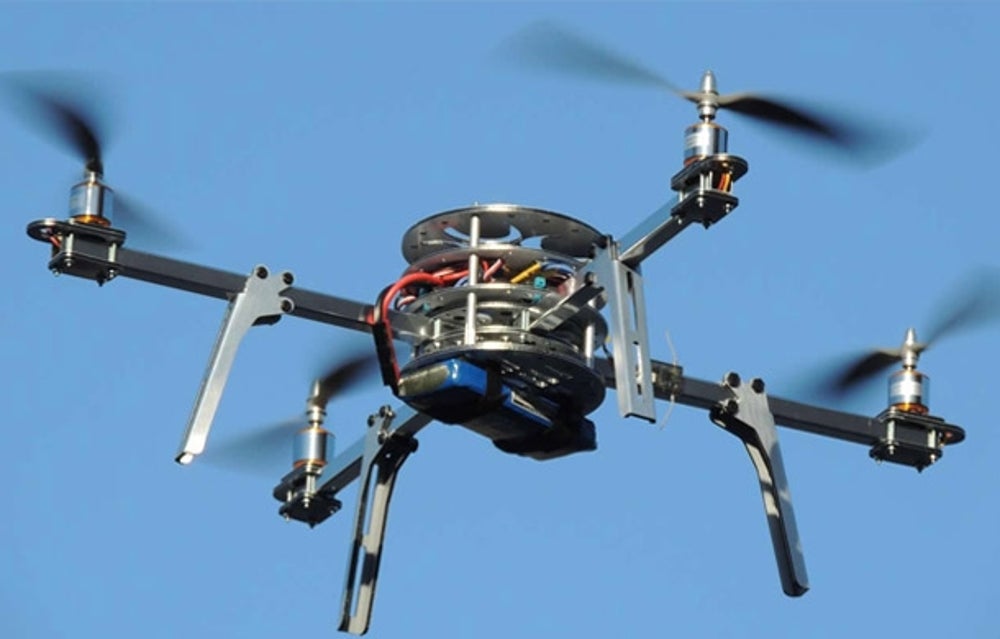 Yes, drones. That attack. It's for real.

The same hacker who was apparently responsible for knocking MySpace offline for a period in 2005 has created something he calls the SkyJack. It's an aerial drone that seeks out other drones, hacks them and then essentially takes control over them.

Translation: Amazon's delivery drones better have some serious security measures built in before they take to the skies.

Read More: Get This: Drones That Attack and Take Over Other Drones 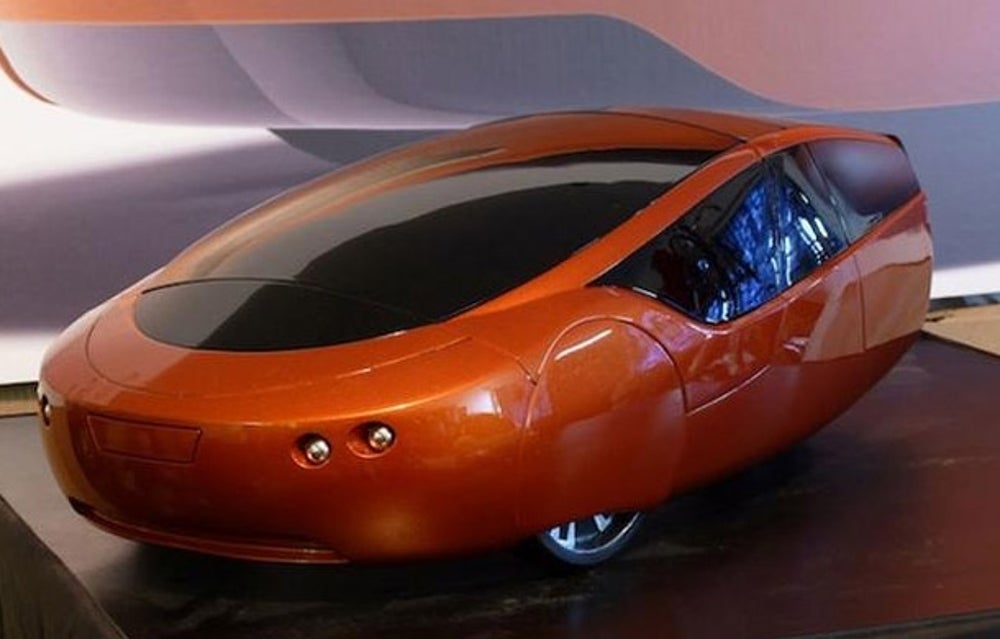 It might look like a reject from a decades-old Sci-Fi movie but, yes, this is a real car. A hybrid, three-wheeled car, actually.

Called the Urbee 2, more than 50 percent of the car is 3-D printed. It weighs about 1,200 pounds and comes with a single-cylinder 7-hp engine that uses either diesel or ethanol and networked batteries to drive two electric motors.

Its creators are planning to drive the Urbee 2 across the U.S., from New York to San Francisco. But not too quickly. The car only has a max speed of about 70 mph.

Read More: A 3-D Printed Electric Car That Can Drive Across the U.S. on 10 Gallons of Gas 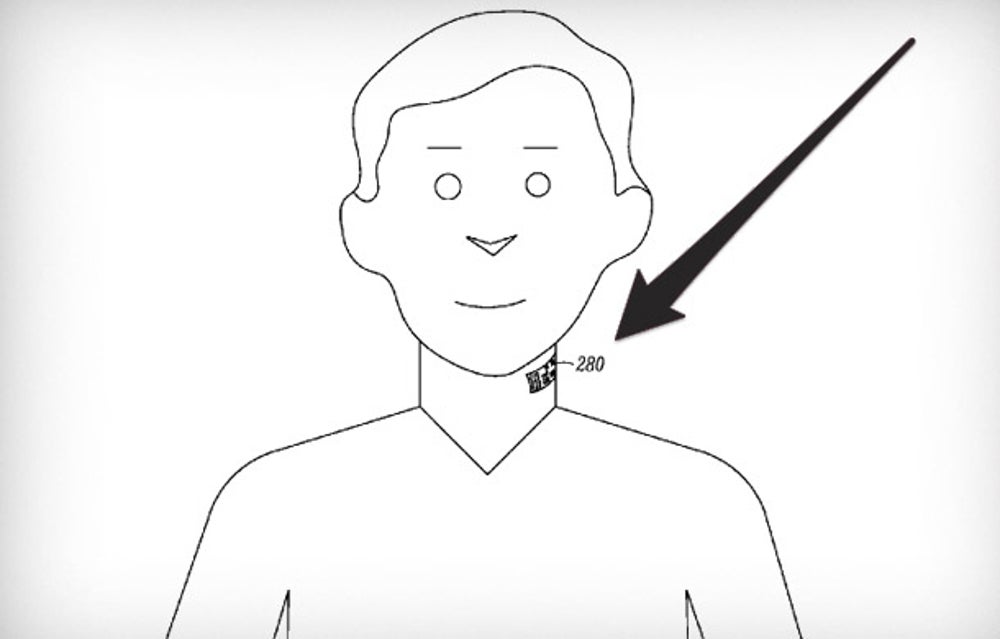 Google is at it again. The tech giant is said to be developing a lie-detecting microphone throat tattoo.

Google filed a patent application called "Coupling an Electronic Skin Tattoo to a Mobile Device." The idea is that by affixing a microphone directly to the throat, you might be able to eliminate the problem of background noise.

Ah, but that's not all. The patent application also notes that the device could be used as a way to detect whether the wearer is telling the truth or a lie. Kinda creepy, right?

Read More: Say What!? Google Might Be Working on a Lie-Detecting Microphone Throat Tattoo 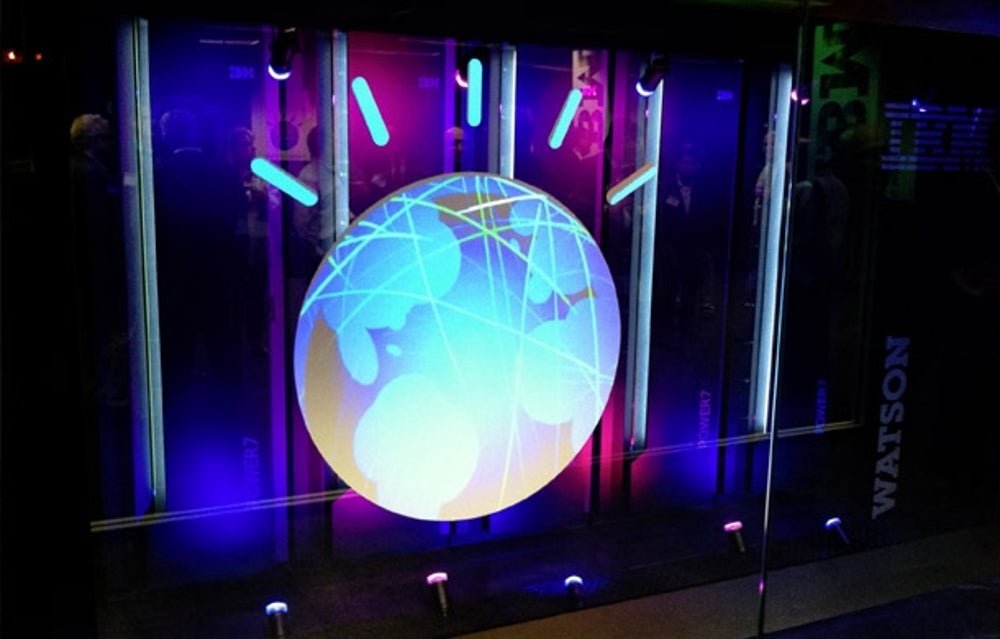 Remember Watson? It's the IBM-built supercomputer that famously won on the game-show Jeopardy! in 2011. Now, IBM is making the software technology behind it available to anyone via the IBM Watson Developers Cloud. IBM hopes companies large and small will build apps and develop programs on top of the Watson software.

Read More: IBM to Open Up Jeopardy Winner Watson's 'Brain' for Everyone 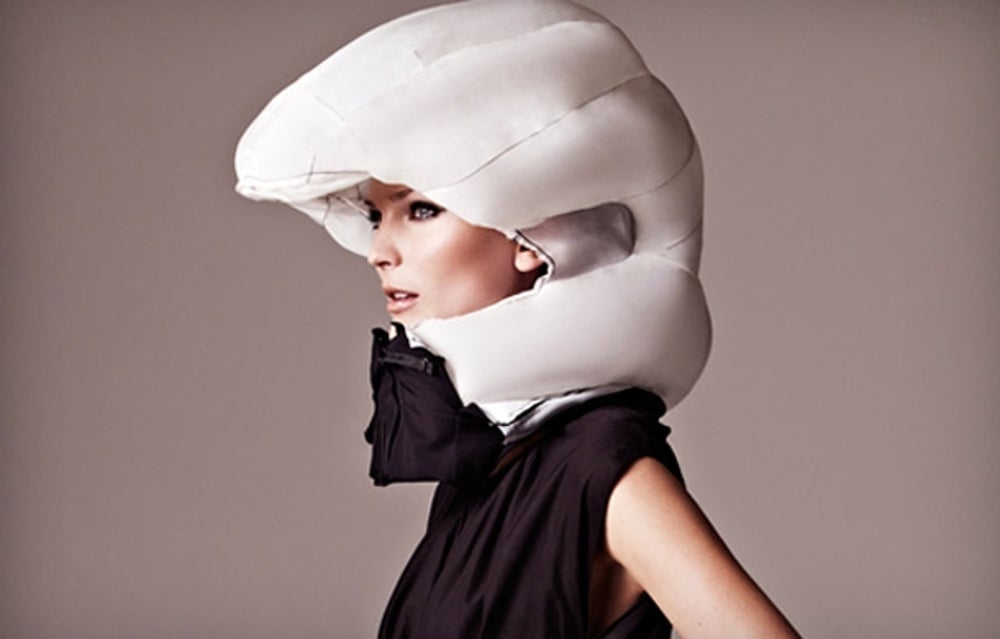 One way technology can benefit society is by helping reinvent things people find cumbersome or undesirable. Enter the H?vding. Improving on the traditional bike helmet, it's a collar that inflates into a helmet when the wearer gets into an accident.

Cue all fashion-forward bicycle riders: This might be perfect for you. 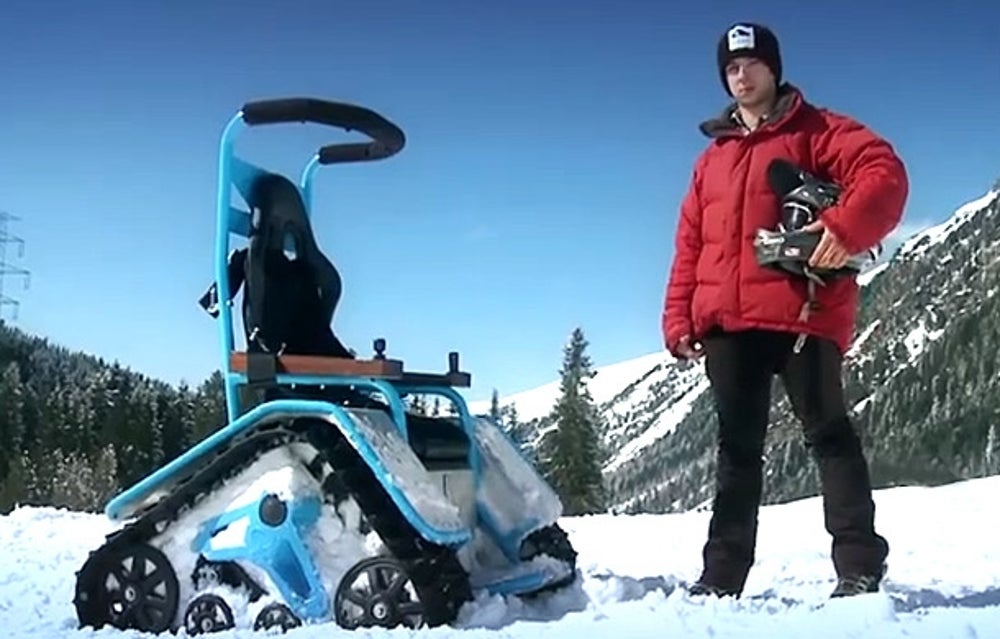 You've never seen a wheelchair like this. Called "der Ziesel," this contraption combines elements of a wheelchair with an all-terrain type vehicle. It has tank-like treads, a roll bar and can hit a top speed of 22 mph.

Read More: Is It a Wheelchair or a Tank? It's Both, Actually.

Message Alerts You Can Smell 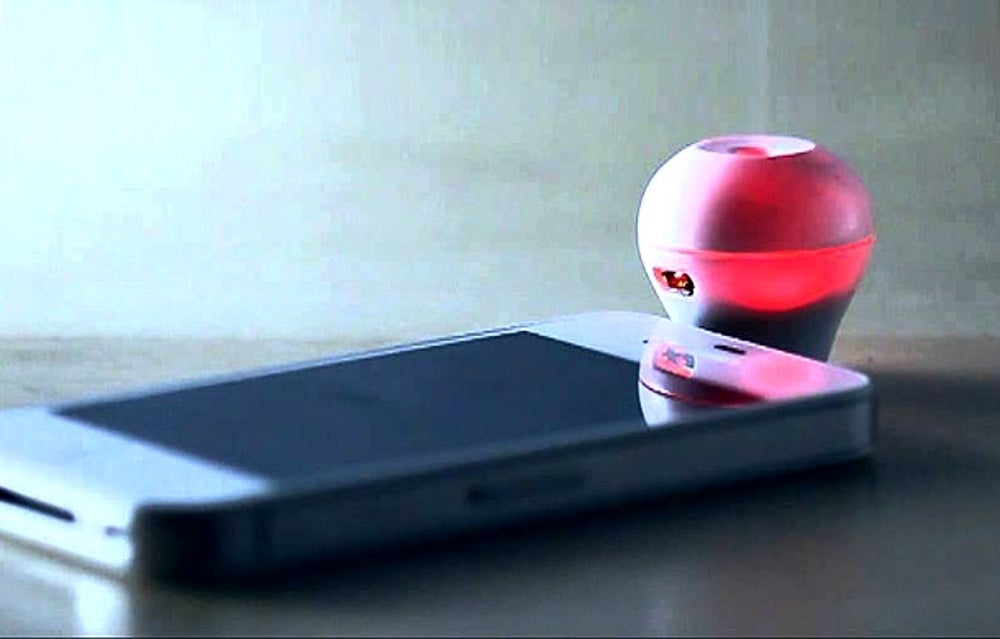 What's that smell? Is it coffee brewing? No, it's your smartphone.

A Japanese company has created a device that plugs into your phone's headphone jack and releases a pleasing aroma into the air whenever you get an email or someone comments on your Facebook page.

Read More: Thanks to This Gadget, Your Message Alerts Can Smell Like Coffee 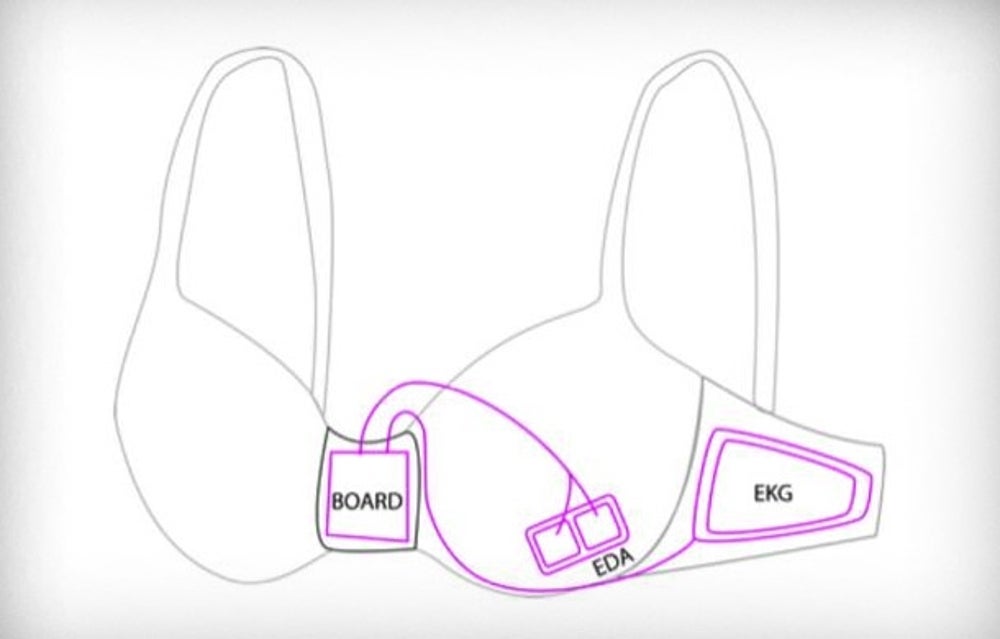 Perhaps it's a stereotype that women overeat when they're stressed out. Or maybe there's some science behind it. Either way, Microsoft is getting involved.

Researchers at the tech giant have developed a bra that can help regulate stress eating. By monitoring the wearer's vital signs and moods, the idea is the bra can make the woman wearing it more aware of when she's anxious and most likely to eat an entire pint of ice cream, for example. 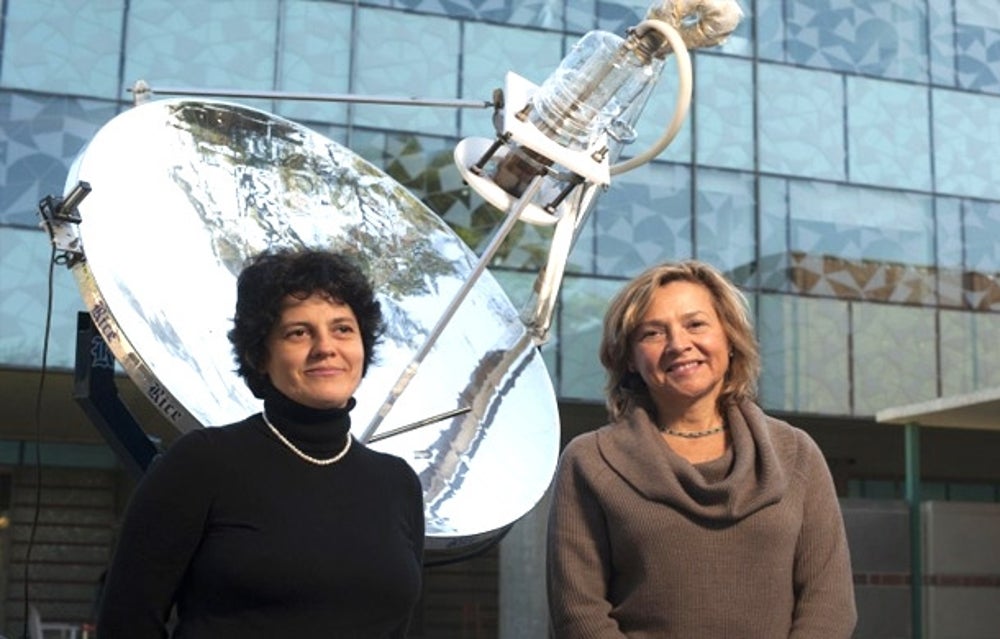 For parts of the world where electricity and other infrastructure are hard to come by, researchers at Houston-based Rice University have developed -- get this -- a solar-powered steam system that can sterilize some of the dirtiest places. In other words, it uses a complicated system of pressurized nanoparticles and heat that can kill microbes, spores and viruses.

Read More: This Wacky Technology Could Possibly Clean Up the Developing World 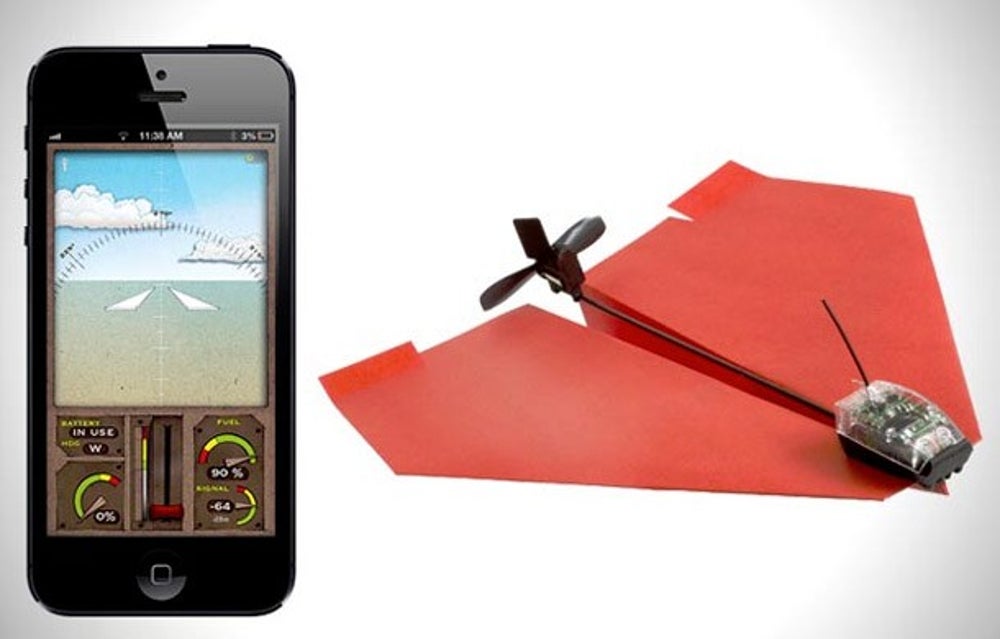 Who wants to fly a paper airplane when you can fly a jet? Thanks to PowerUp 3.0 you can do both.

First, attach the module plus propeller to your paper airplane. Then fire up the accompanying smartphone app the lets you control its flight. It allows you to move not only forward but also up and down and side to side.

Read More: Yes, You Can Turn a Paper Airplane Into a Smartphone-Powered Jet