The 9 Highest Calorie Meals from Your Favorite Chain Restaurants

Even as the health-food craze slashes calories from restaurants across America, some heavy-weight, high-calorie meals remain on the menu at chain restaurants. And one organization wants you to know about these no-no foods.

Looking to educate Americans about health, well-being and nutrition the Center for Science in the Public Interest (CSPI) announced the winners of this year's Xtreme Eating Awards on Wednesday. Many of these meals (and standalone items) surpassed the 2,000 calorie mark, with some going above 3,000. One chain even received a special XXXtreme Eating for having three items on the list. Yikes.

Hopefully, after checking out this list, you'll think twice before chowing down on some of these items. 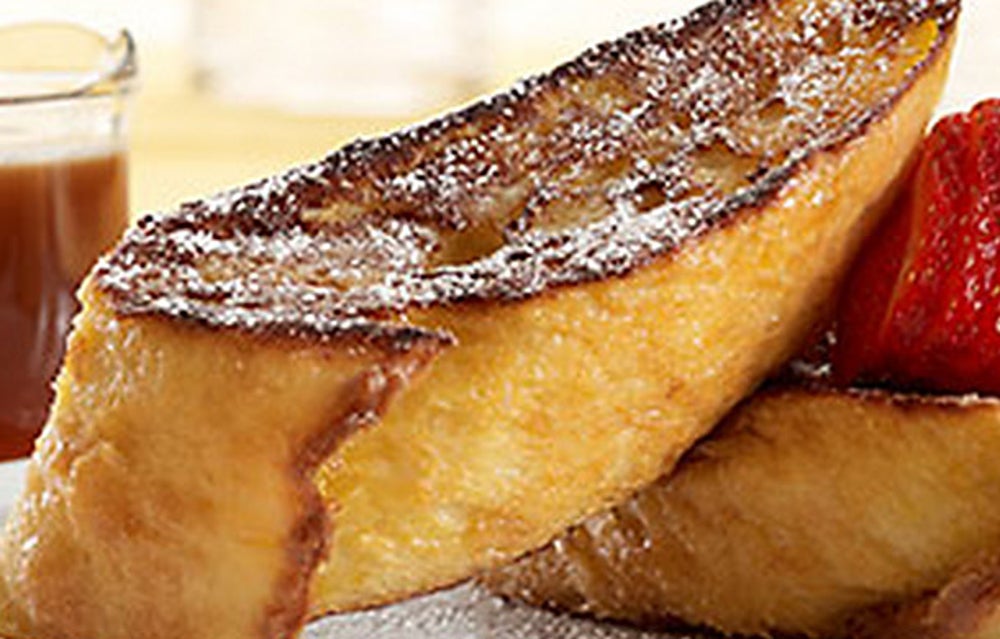 No one has ever confused French toast with health food. However, The Cheesecake Factory's calorie count for its Bruléed French Toast forces even the most seasoned chain restaurant diner to do a double take.

The French toast contains 2,780 calories, 2,230 milligrams of sodium, 24 teaspoons of sugar and 93 grams of saturated fat -- the recommended amount of saturated fat for a full work week. And, it's not the 200-calorie side of bacon or ham that's boosting the meal into high-calorie heaven. It's the butter-infused syrup and the custard-like filling in the bread.

The Monster Burger at Red Robin

The truth about Red Robin's Gourmet Burgers – everything from the A.1 Peppercorn to their Whisky River BBQ – is they aren't frugal about their offerings. Throw in an extra patty and you've got yourself a Monster Burger that could, theoretically, chart in at infinite calories, as all of Red Robin's burgers are served with bottomless 370-calorie steak fries.

For those folks content just chowing down on the Monster Burger, the massive food item will set someone back 1,670 calories -- the caloric equivalent to six Burger King cheeseburgers.

"The Big Slab" at Famous Dave's

When Famous Dave's named its St. Louis-style spareribs "The Big Slab," the 200 location chain restaurant wasn't joking. Each serving is made up of nearly a pound and a half of meat.

The meal additionally adds on a corn muffin and two sides. If you chose fries and baked beans, that adds up to 2,770 calories and 4,320 milligrams of sodium. For reference, the American Heart Association recommends consuming less than 1,500 milligrams of sodium per day -- unless you're a competitive athlete.

Related: Why Entrepreneurs Are Jumping on the Drinkable Meal Bandwagon 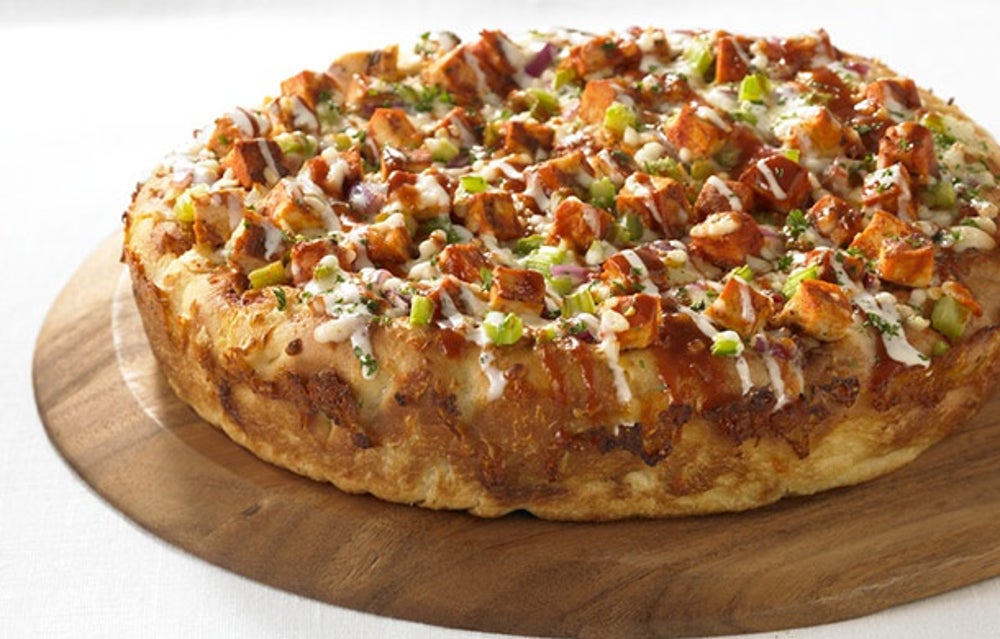 This small pizza packs a lot of calories into a 9-inch pie. BJ's Signature Deep Dish Chicken Bacon Ranch Pizza may be smaller than BJ's individual (11 inch) hand-tossed pizzas, but it still contains 2,160 calories and 30 grams of saturated fat. Moral of the story: If something is labeled as "deep dish" or topped with ranch, check the calories immediately.

Chevys Super Cinco Combo at Chevys Fresh Mex charts in at 1,920 calories, 36 grams of saturated fat and 2,950 milligrams of sodium. At least you get variety, with two enchiladas (beef and chicken), a beef taco, a pork tamale and chile relleno.

However, CSPI notes, the real diet-killer at Mexican restaurants isn't what you order rather it's the free chips and salsa that arrive on your table while you're hungrily awaiting your meal. Those extra, invisible calories easily tip this Tex Mex dish into the 2,000-plus calorie zone.

Farfalle with Chicken and Roasted Garlic at The Cheesecake Factory

The Cheesecake Factory isn't just a breakfast time calorie-pusher, its pasta is nearly as calorie-packed as the French toast. Bow-ties pasta, chicken, pancetta and veggies on their own sound downright healthy but mix it all up with The Cheesecake Factory's garlic parmesan cream sauce, and the result is a 2,410 calorie dish. Worse, the pasta has 63 grams of saturated fat -- the equivalent of three days of the recommended consumption.

The Big "Hook" Up Platter at Joe's Crab Shack

The most caloric offering on the list, the Big "Hook" Up Platter contains a whopping 3,280 calories and 7,610 milligrams of sodium.

At least you get some variety. The dish has Great Balls of Fire (“seafood and crab balls full of jalapeños and cream cheese coated in panko breadcrumbs…served with ranch”), fish & chips, coconut shrimp, crab stuffed shrimp, hushpuppies and coleslaw. Split it with a friend, and keep the meal at a (still extraordinarily high) 1,640 calories. 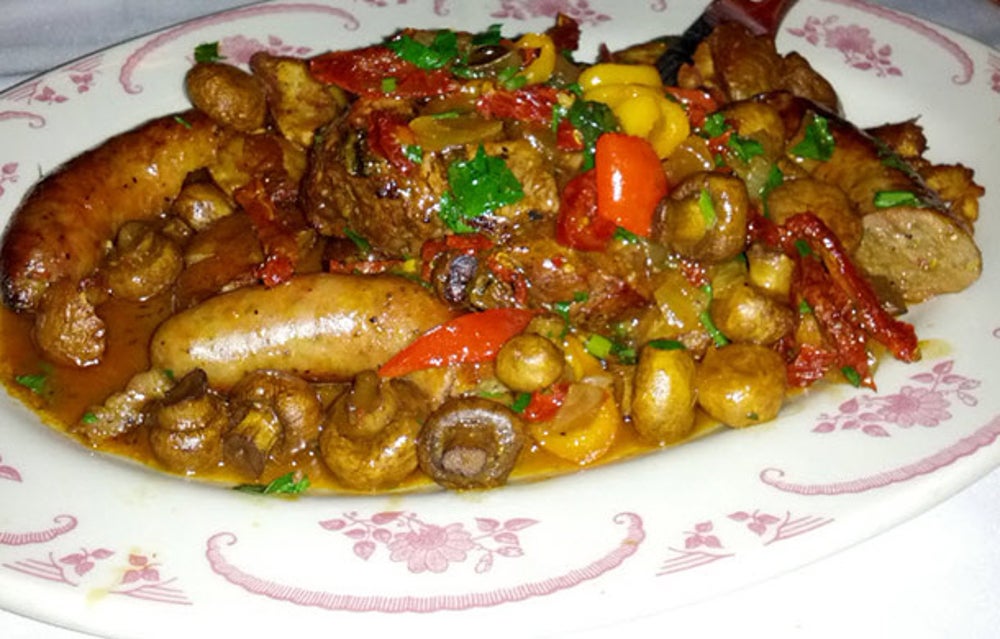 Maggiano's Little Italy offers the chance to order any steak "Contadina style" which means your piece of meat will come with sausages, potatoes, peppers, mushrooms and onions. Really, it means, with the addition of a whole bunch of calories. 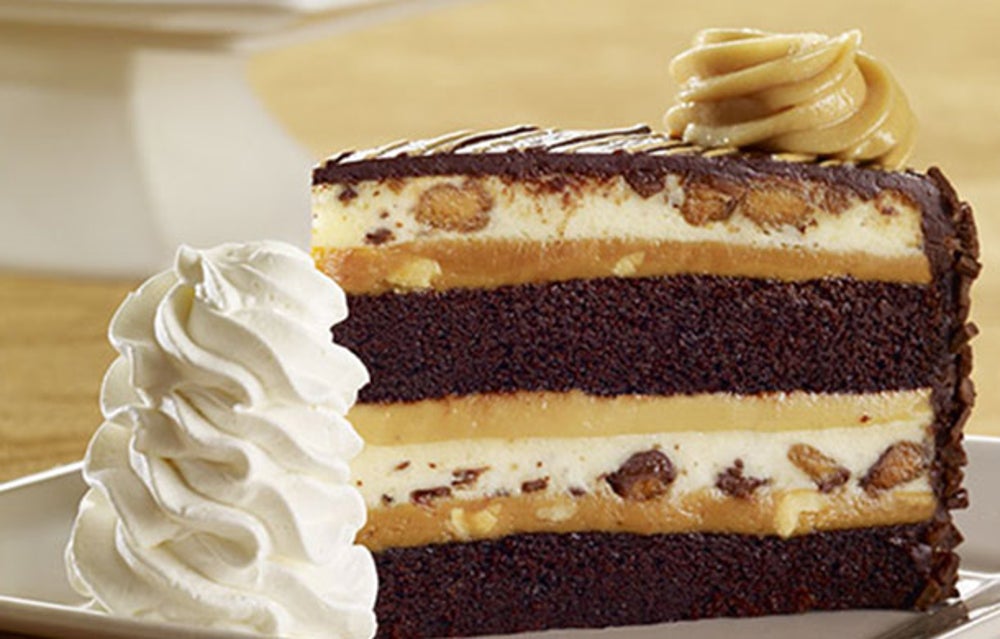 To end the list, the Cheesecake Factory returns to its roots with a cheesecake that truly delivers in terms of calories. Imagine, after finishing your 2,410-calorie farfalle, digging into the 1,500-calorie Reese's Peanut Butter Chocolate Cake Cheesecake. That's dangerously close to a 4,000-calorie meal, or about two days' worth of calories.

A single Reese's Peanut Butter Cup is a mere 105 calories. In other words, you could eat more than 14 of the candies and still ingest less calories than a single slice of this cheesecake.