The 7 Most Useful Smart Home Devices


In the home of the future, refrigerators tweet and coffee pots let you know when grandma missed her morning cup. But people willing to pay a price can already live in this sci-fi reality.

Companies are quickly introducing an array of smart home appliances that let you use your smartphone to open your blinds or turn off your lights, and, yes, tweet from your fridge. (Thank you Samsung.)

At Fortune, we waded through the piles of gadgets and gizmos, comparing user reviews and product descriptions, to list seven of the most useful smart home devices on the market. We skipped over some popular products like locks (you can open and close them with your smartphone) and light bulbs (you can turn them on or off or dim them with your phone), because we couldn’t find anything hitting the sweet spot in combining automation with simplicity. Here’s what did make our wish list. 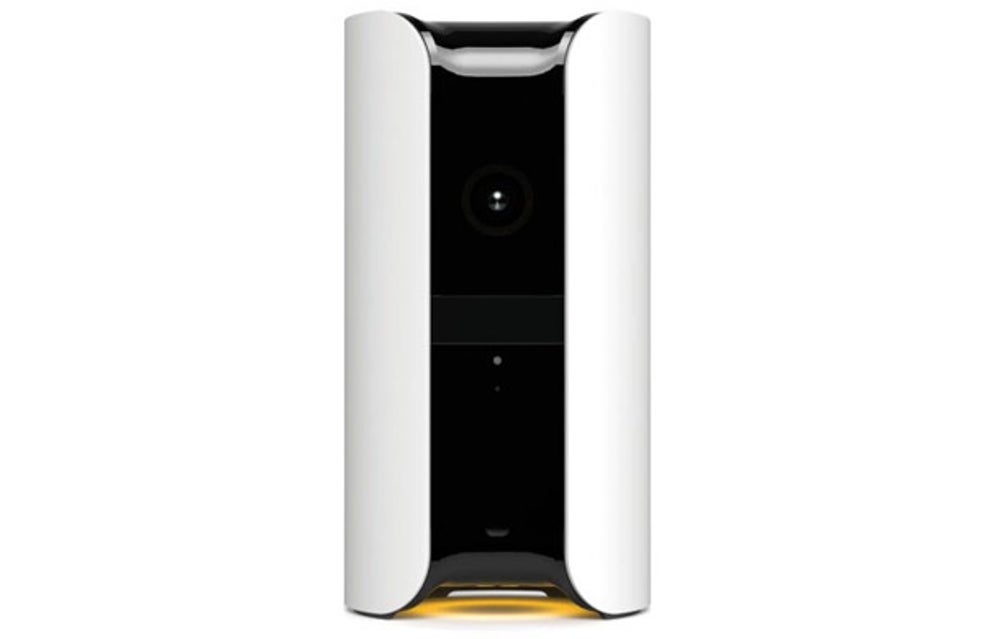 A consumer survey by research firm IHS found that most desired smarthome device is is something that detects intruders. The second is for a device that detect hazards like fires, water leaks, and carbon monoxide. Start-up Canary kills two birds with one machine by packaging an HD video camera, microphone, motion detector, and a temperature and humidity sensor into a sleek cylinder. When the machine, also called Canary, senses something out of the ordinary happening when you’re away from home, you get an alert with video footage and options for responding. Canary, also automatically changes its settings when you get home so the motion detector doesn’t go off when you want some late night milk and cookies. 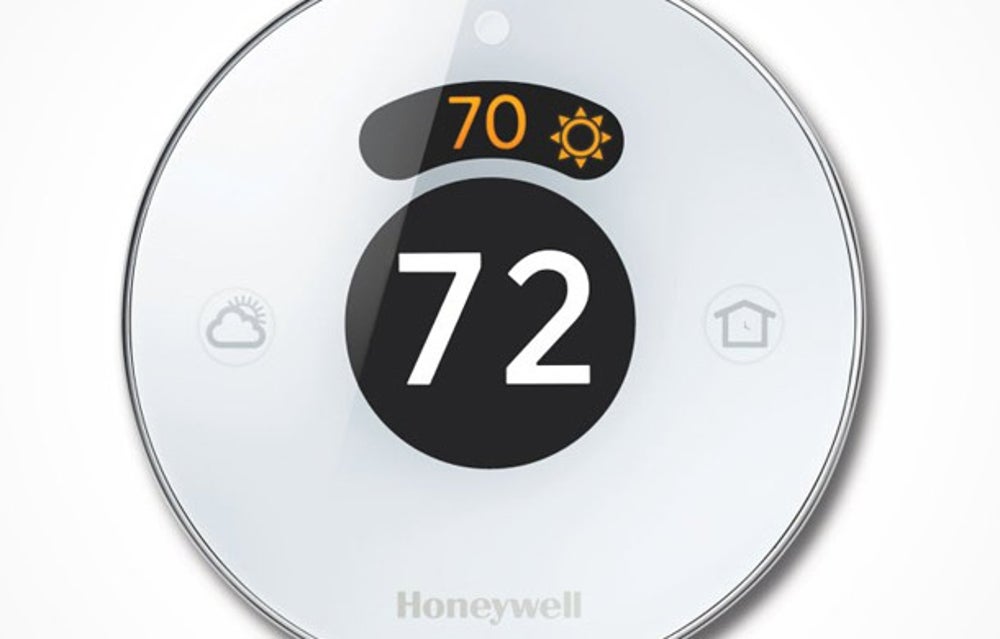 Both of these thermostats let you control your home's temperature from anywhere in the world using your smartphone. Furthermore, these two products automatically learn your temperature preferences based on your behavior and adjust your thermostat accordingly. We’re not going to take sides on the Honeywell vs. Google Nest debate. Nest fanatics rave about the ease of installation and minimalistic design, while Honeywell fans like the more nuanced control of Honeywell's Smart Thermostat. Honeywell just introduced a new product, the Lyric ($279), which piggybacks off of Nest’s design, with the additional ability use your smartphone’s location to adjust the temperature as you come and go in real-time. However, users are saying it’s still riddled with bugs and to stick to the more useable (but clunkier) Honeywell Smart Thermostat. 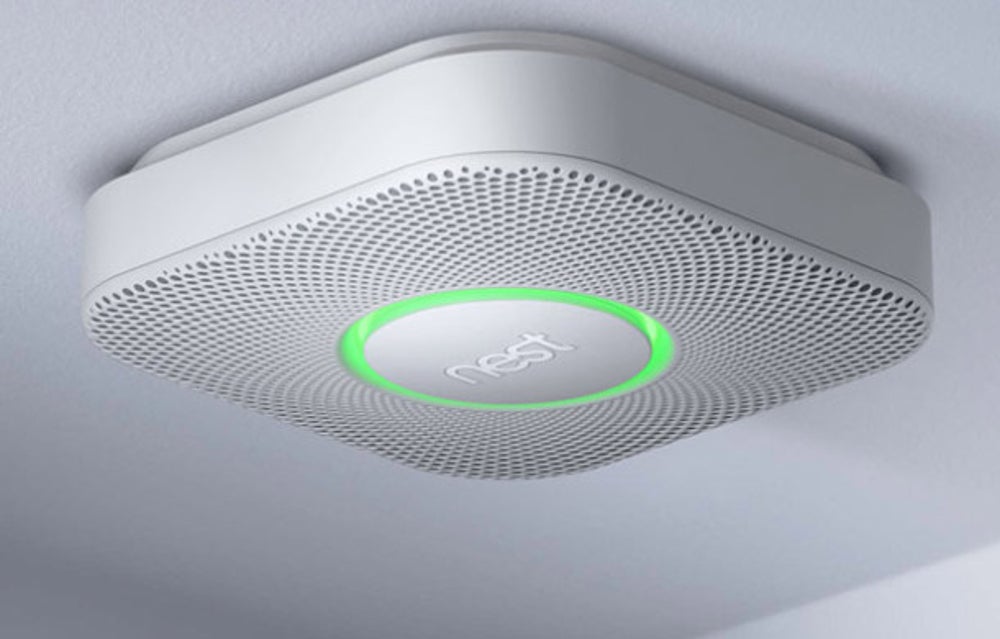 Nest Protect is a home fire alarm that will tell you if there’s smoke or CO in your house and where it’s coming from. You can get phone alerts whenever it goes off or when the battery needs to be changed. Better yet, the phone app lets you create an emergency plan ahead of time (because, be honest now, who among us has gotten around to creating an emergency plan?). In the event of an emergency the app will send you a customized list of useful tips. And for those who care about design, it has the sweet minimalism that’s characteristic of all of Nest's products. 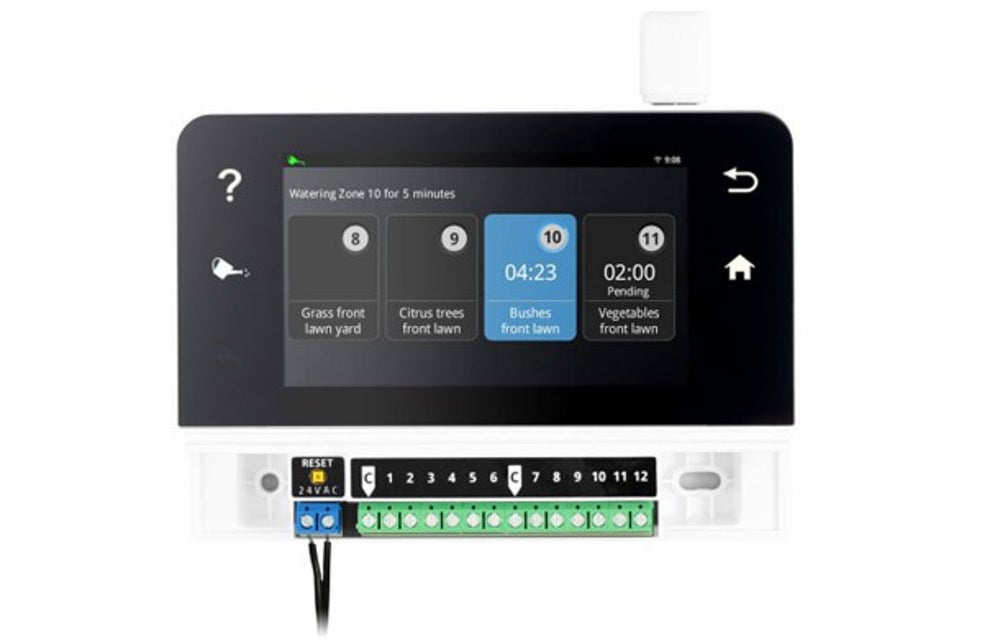 There is nothing more irritating than seeing sprinklers on full blast during a rainy day especially when water is increasingly scarce. According to the EPA, 30% of our daily water use goes towards land irrigation. The RainMachine by Green Electronics attaches to your sprinkler controller and uses wifi to download seven days of weather forecasts and adjusts your sprinklers accordingly. No worries if your Wi-Fi goes down. The RainMachine can operate using that stored weather data and tweak the amount of watering based on a database of seasonal rain averages. The sprinklers will remain off when it rains. Victory. 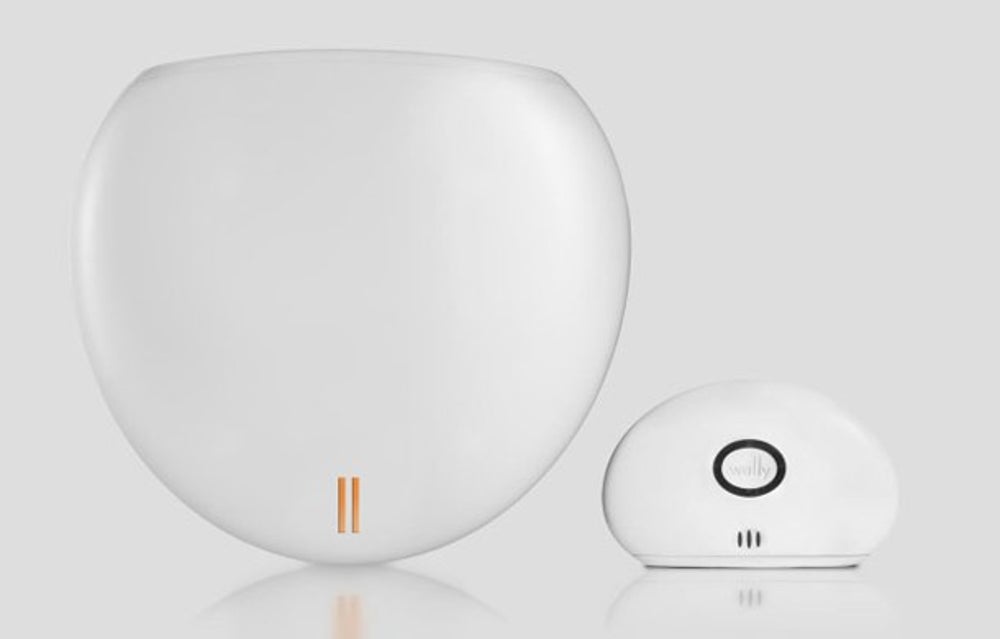 This little guy is cuter than the surveillance robot EVE from the Pixar film Wall-E, but it detects water leaks and mold instead of vegetation. SNUPI Technologies’ Wally comes with sensors that you can place anywhere around your house to monitor temperature, moisture and humidity. The sensors send you an alert when they detect leaks. If they find anything outside of an acceptable range they also send you an alert so you can fix the problem before it causes major damage like frozen pipes or mold beneath the drywall. 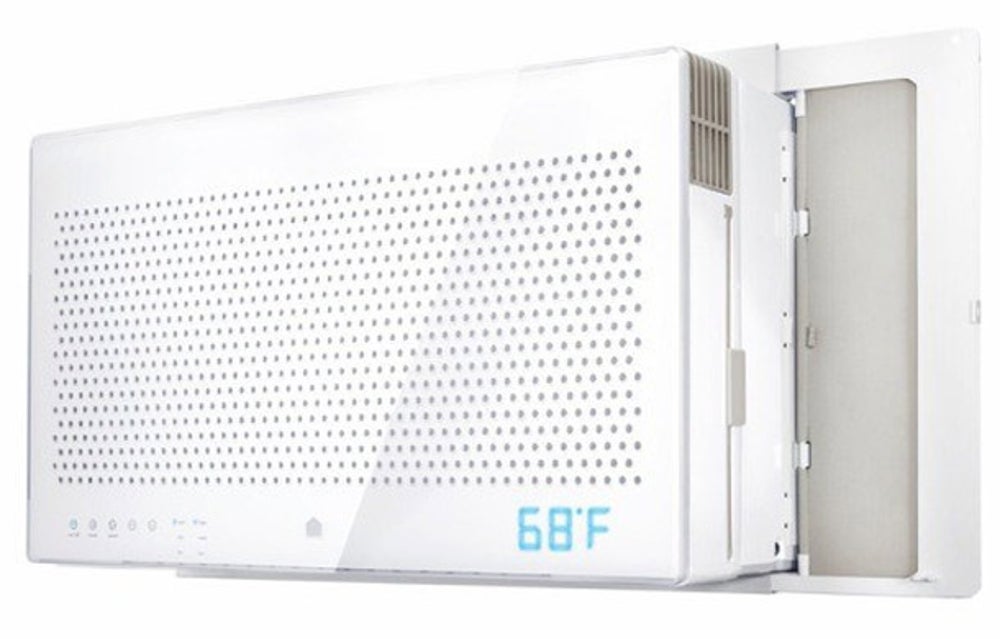 For people who want smart cooling without central air, or who just want to switch over to cooling a single room to cut down on energy costs, the Aros window unit by Quirky and GE covers all your bases. Really! Not only does it track your routine and learn when you want to get your cool on, it also tracks your usage and suggests how to adjust the settings so you can save money. It can also automatically turn itself off when you leave and turn back on as you near home - based on your phone's GPS - so it’s the perfect temperature when you walk in the door. 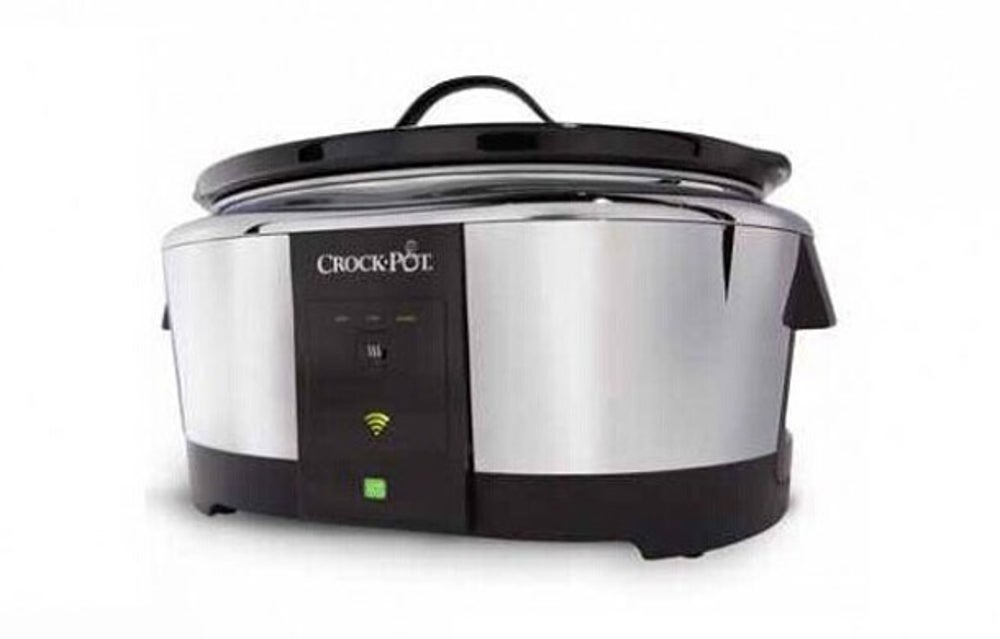 This slow cooker brought to you by The Crock-Pot and Belkin WeMo barely needs you. Just put the food in, set the temperature, and then monitor the cooking from anywhere in the world with your phone. You can change the crock pot's settings remotely-- to turn the heat up or add more cooking time. No matter where you are and when you get home, you can make sure dinner will be warm and waiting for you. It doesn't let you tweet or check Google calendar like Samsung's infamous smart fridge, but then who has the time for all that, when dinner is waiting?

The Challenges and Security Risks of Smart Home Devices

Cyber Monday's Been Extended with These 10 Smart Home Accessories

Control Your Home, Business, or Office's Temperature From Anywhere with This Smart Device

This Smart Infrared Heater Can Save Your Winter Energy Bill

6 Smart Home Gadgets That Are Actually Worth Owning