To Stand Out at SXSW, Give Them Something to Tweet About

Laura Entis
March 16, 2015 4 min read
Opinions expressed by Entrepreneur contributors are their own.

More than 51,000 people are expected to descend onto downtown Austin this year for the festival’s Interactive and Film events. And while the convention center is a draw – with hundreds of panels and events – there’s plenty beyond its walls.

As companies both old- and new-school clamor to align with the festival’s innovative, look-forward message, it can be a struggle for relevancy and to rise above the noise. The most successful tents, booths and stations show more than they tell, bringing attendees into an experience and giving them something unique and something worth tweeting about. Here are a few that caught our attention as we wandered through the madness that is SXSW 2015.

Take it to a new level 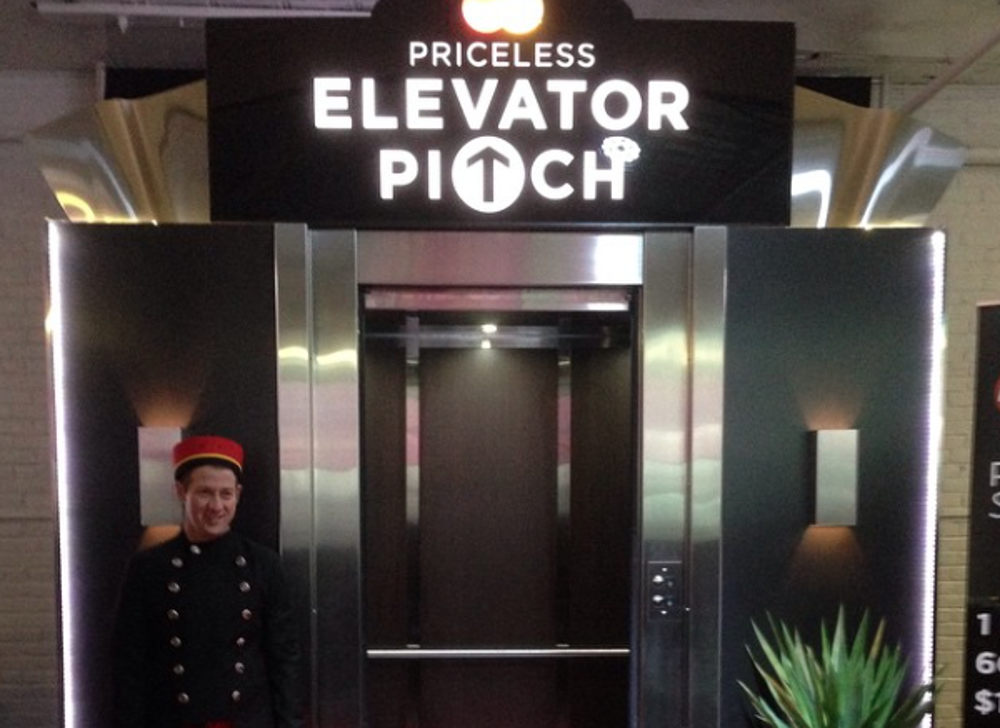 Image credit: @kelseyphilpott85
MasterCard's Elevator Pitch took the concept literally, cramming contestants into an actual elevator with its judges to deliver a close-quartered 60 second presentation on why their business deserves a $15,000 prize. 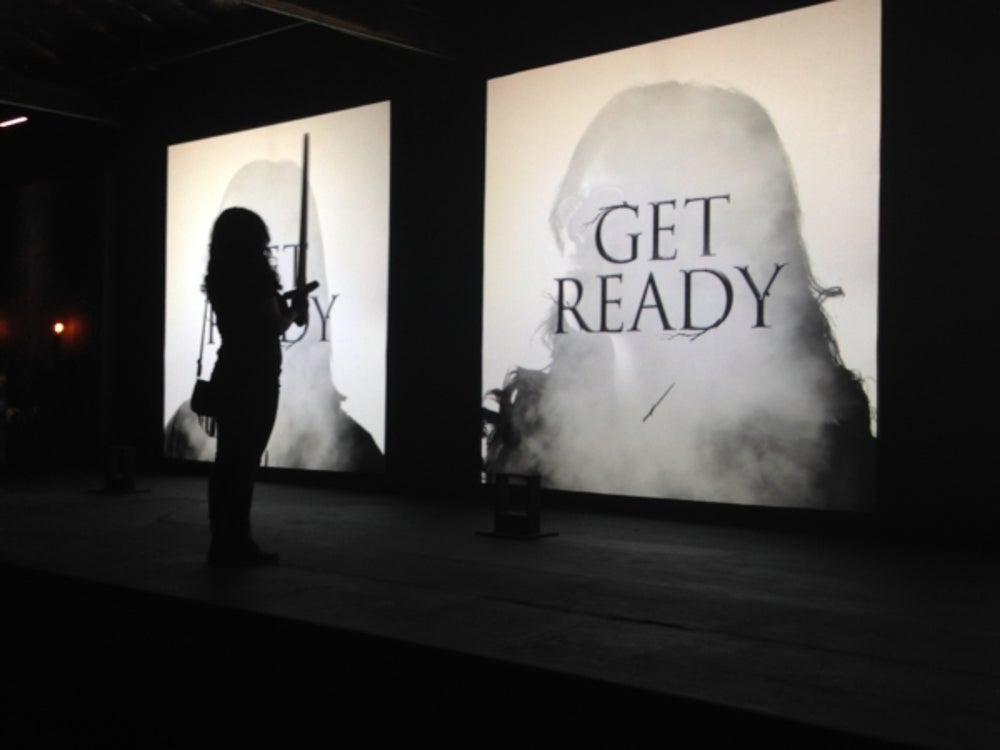 Image credit: Entrepreneur
At HBO’s SXSWesteros, a interactive installation devoted to the beloved show Game of Thrones, festival-goers could wield a replica of character Arya Stark’s sword in an interactive video game. “It’s like a giant Wii,” an attendant explained, watching as a teenage girl lifts one of the three available swords and slashes it through the air, splintering the obsidian ball projected on the screen in front of her. “It’s sensor enabled.” 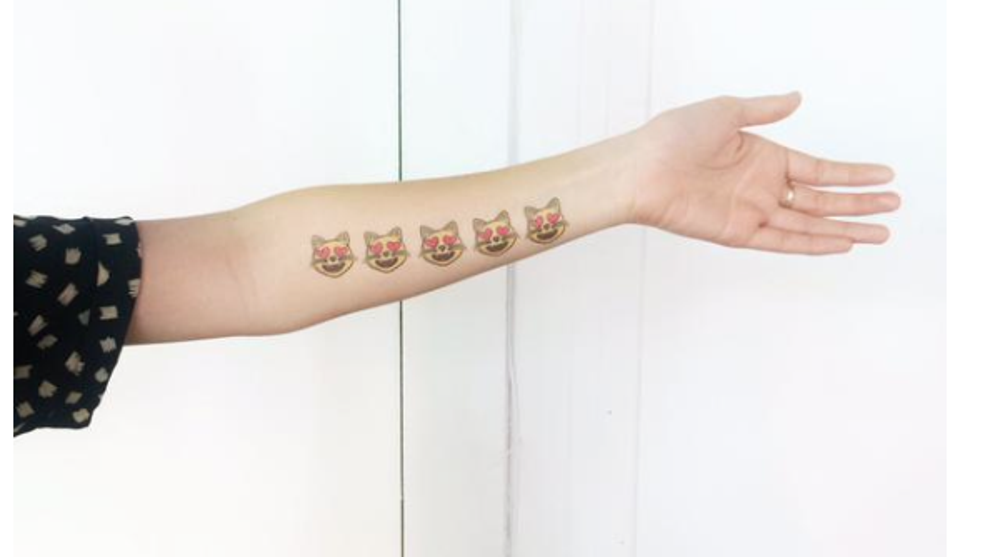 Mashable House was a shrine to all things viral. VIP guests included “The Dress” (in person, it’s definitively blue and black) and Left Shark. On entering visitors could receive temporary emoji tattoos (Including the pizza slice and smiley-face poop icon).

Let them strike a pose 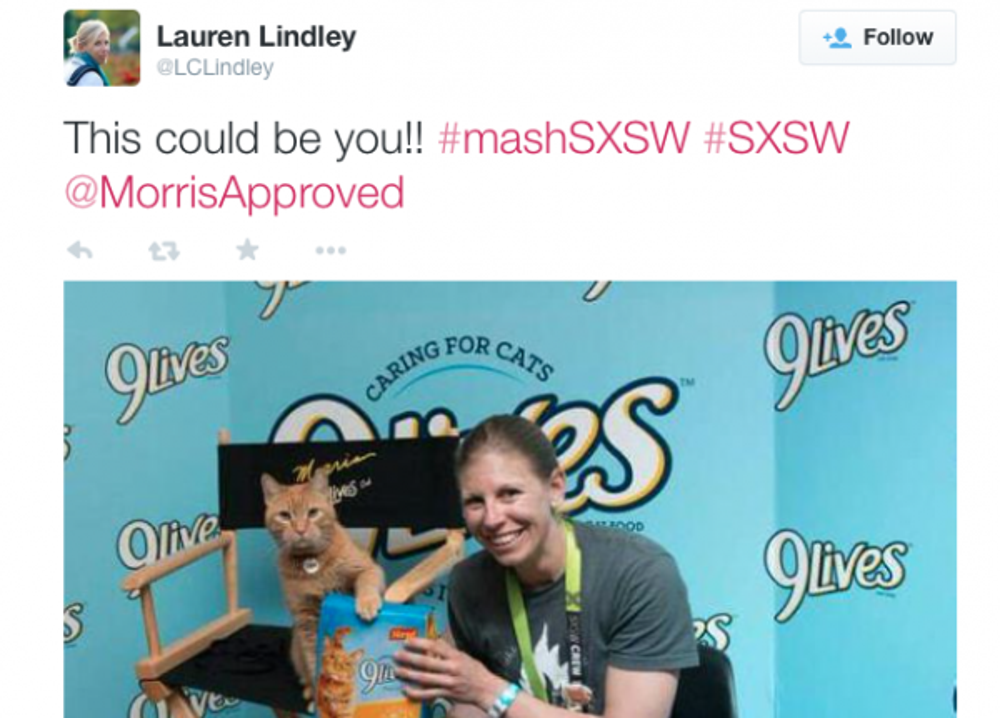 Selfies with 9Lives spokes cat Morris the Cat was one way that companies encouraged attendees to promote their products for them.
Image credit: @LCLindley

Throughout the event, companies provided attendees one-of-a-kind opportunities to pose with mascots (like Morris the Cat and Ronald McDonald), or insert themselves into shareable gifs and eye-catching animations. These gimmicks help attendees forget (almost) that they were doing a company’s promotions for them.

Show what you can do 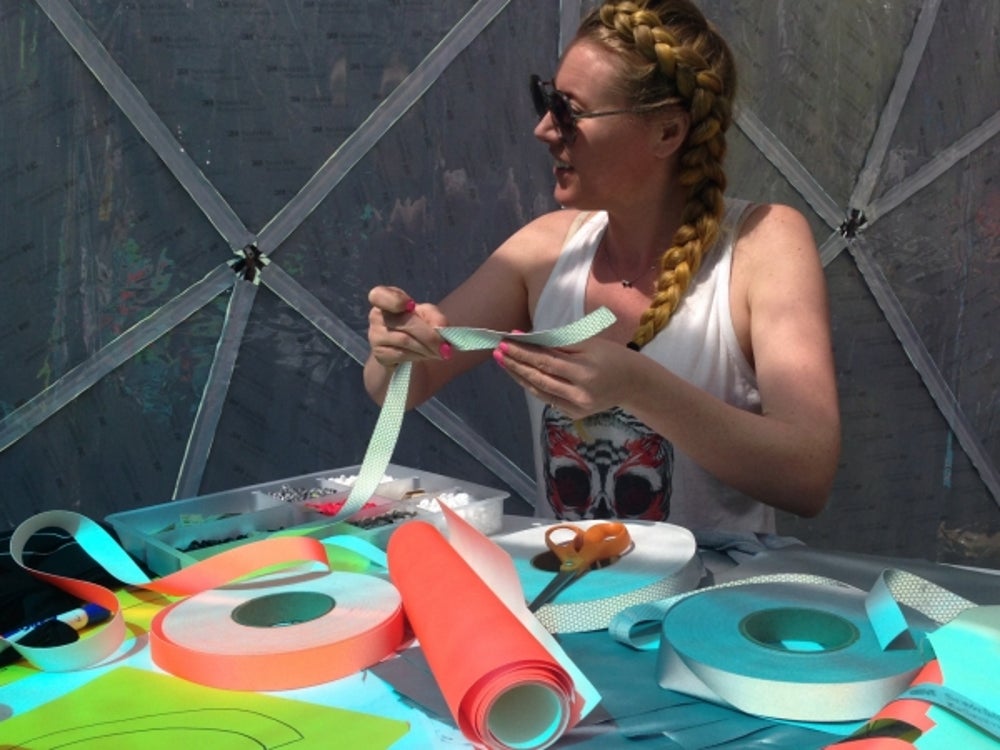 3M, the true inventor of the Post-it, develops far more than office supplies. To tell that story, the company stocked their tent with software engineers who could explain in detail products like Bluetooth-enabled stethoscopes that allow doctors to remotely monitor heartbeats. But the hands-on experiences here are the real draw, including a station where attendees draw and design their own bags from 3M’s Scotchlite Reflective Material, a mirror-like fabric used to increase the nighttime visibility of joggers and firefighters.

Nearby, a 3M employee demonstrates the 3M Clean-Trace System, a liquid that, when rubbed on any given surface, determines its level of contamination within seconds. By measuring the energy emitted, the Clean-Trace System determines the amount of bacteria, oil and other contaminants present. It’s a technology that’s used widely in the restaurant and hospital industry, but unknown to most consumers. So, at the 3M station, the technology tests the cleanliness (or, more often, filthiness) of festival-goers’ smartphones. (While a reading below 200 is ideal, some pushed close to the 2,000 mark. Yikes).

Put the product in their hands 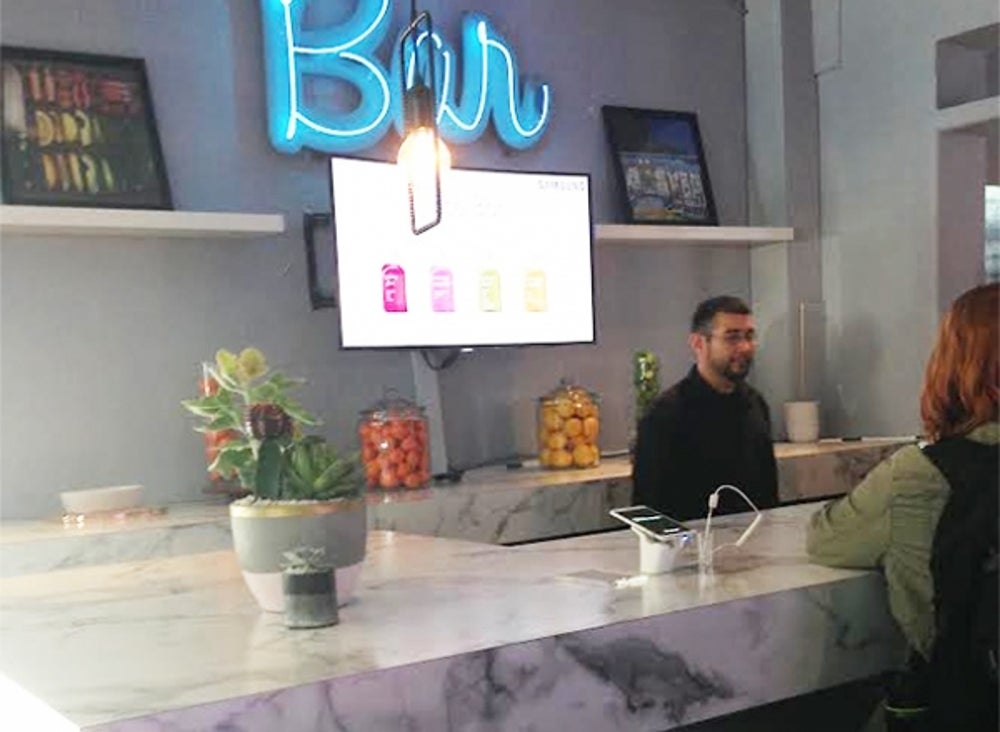 Image credit: Entrepreneur
The Space Mountain of SXSW, the Samsung Lounge, has drawn long lines throughout for both its VR experience (attendees don the Samsung Gear VR headset, and are guided through an immersive course), and as well as its Design Station. Perks abound – and nearly everything is accessed through Samsung devices. For a customized hat, tote bag, tank top or handkerchief, visitors first draw their designs directly on a Samsung Galaxy S6 to create a design that’s later transferred to fabric via hot press printer. The wait is long, and a cold-press juice bar helps make the time go faster. However, to get a juice, you don’t ask the attendant: You tap to order on the provided device.

Let them live their nostalgia 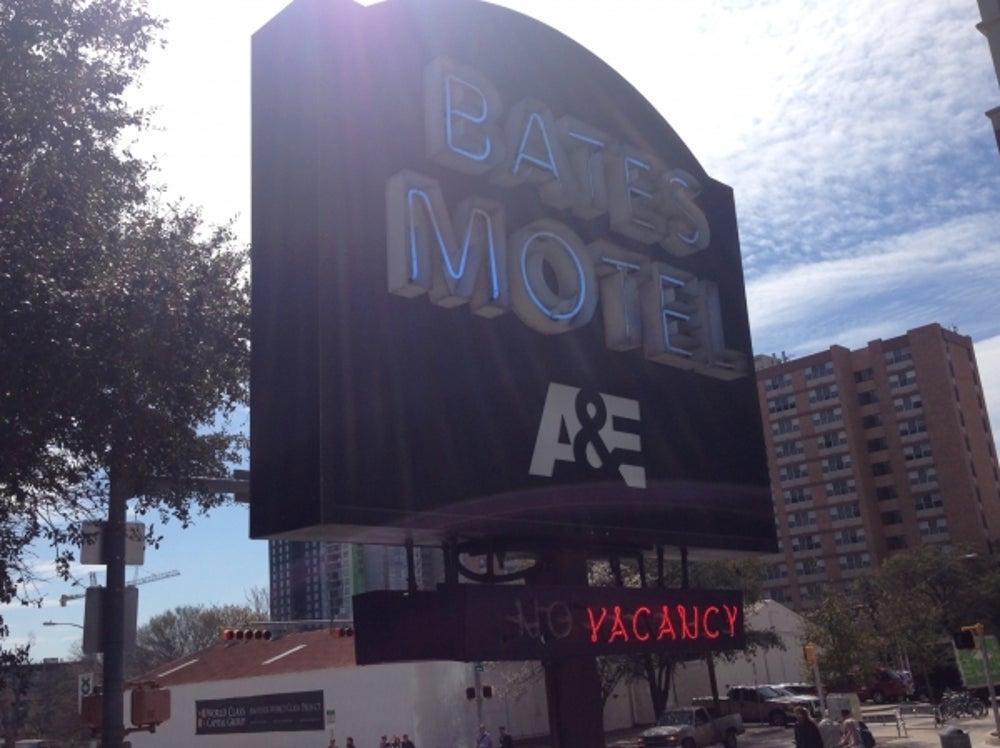 Image credit: Entrepreneur
A replica Bates Motel returned to SXSW this year, but with a twist. This year, to promote the A&E show, attendees could win the chance to check in and stay the night, with three functioning rooms that could accommodate six guests each evening. The rooms recreate the classic Portland motel to every detail, down to the take-away brochures – and the fake blood circling the drain.
More from Entrepreneur