Kickstarter is a groundbreaking hotbed of indie innovation and it’s only getting hotter. Today, six years after its debut, the social juggernaut that has helped entrepreneurs raise more than $1.7 billion in pledges continues to set the standard for successful crowdfunding, particularly when it comes to all things tech.

Gadgets like the Coolest Cooler, Ouya video game console and Neil Young’s Pono Music rank among the most-funded Kickstarter campaigns to date. The fastest-funded and highest-earning project on the popular platform so far is the Pebble Time, but its makers shouldn’t rest on their laurels. There’s a constant influx of cutting-edge tech contenders pushing to unseat the smartwatch -- or to at least pony up a fraction of the beaucoup bucks the scrappy Palo Alto, Calif.-based startup did.

Related: Before You Launch Your Kickstarter Campaign Do These 6 Things

Here are six of the coolest tech projects on Kickstarter right now that are raising money at a good clip: 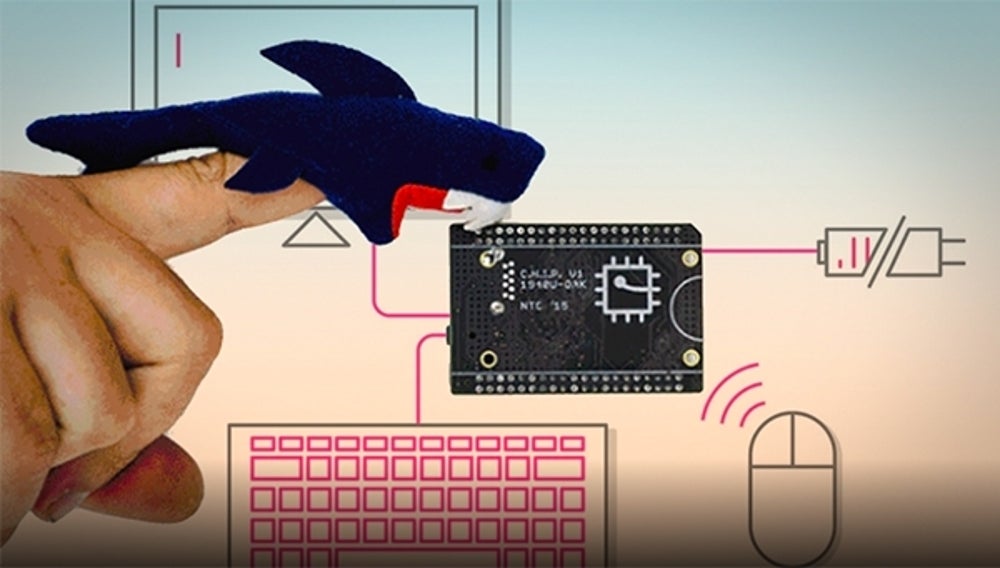 Billed as “Built for work, play, and everything in between!", C.H.I.P., a Raspberry Pi-like mini computer, packs much of the functionality of a full-sized PC in a circuit board as small as a credit card. And at $9 per pre-order, the price is miniscule, too.

The small wonder, which killed it on Kickstarter right out of the gate, comes equipped with a 1 GHz processor, 4 GB of storage and some pretty decent bragging rights. Not bad for the price of a cheap bottle of wine or a one-year subscription to Smithsonian Magazine. 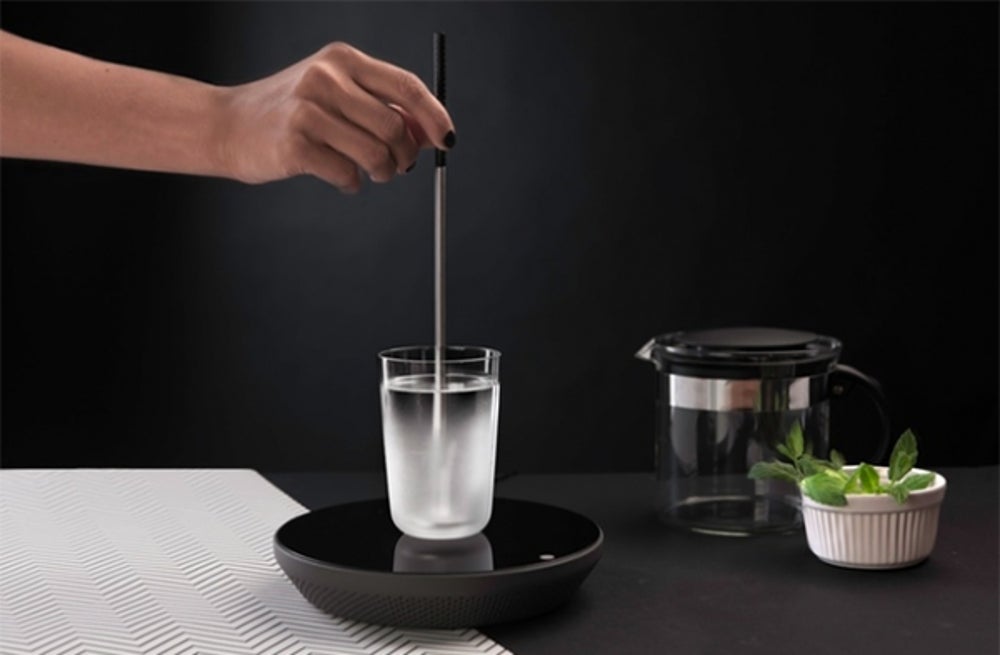 Traditional plug-in tea kettles are big-time water and energy wasters. The minds behind Miito say their sustainable heating rod heats liquids without wasting resources, and it gets the job done in style, too. The minimalist two-part system heats liquids using greener, cleaner induction energy -- right in your cup.

To boil water, you simply drop the slender Miito rod into an iron-free mug or bowl, place it on a modish base companion platform and, about 60 seconds later, your steaming hot cuppa is ready. Miito can also be used to warm up soups, milk and that latte you’ve been meaning to drink all morning. Pre-orders are available for an $86 pledge.

Phree, a 'smart' pen that digitizes your doodles 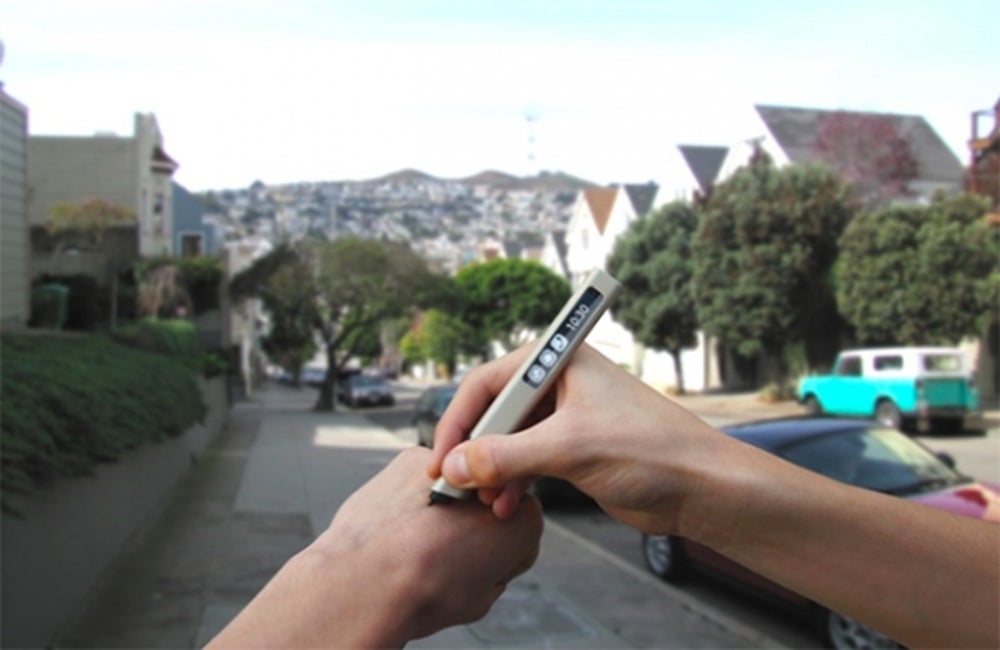 Taking notes the old-school way, then entering them into your mobile device, is a wicked time suck. Phree is built to “free” you of the tedious task, enabling your pen strokes to digitally appear on your smartphone or tablet screen while you to “write” with it on virtually any surface -- a tabletop, a car dashboard, a couch cushion, even your skin.

Using 3-D optical tracking tech, the oblong, Bluetooth-enabled “digital ink” pen allows you to jot down notes, doodle, and send handwritten texts and emails on the fly without pulling out your phone. Phree, compatible with a host of software and apps like Microsoft Office, Evernote, Viber, etc., is available for pre-order, starting at $168. Bonus: It doubles as a mobile device headset.

Bruno, a ‘smart’ kitchen trash can that sucks 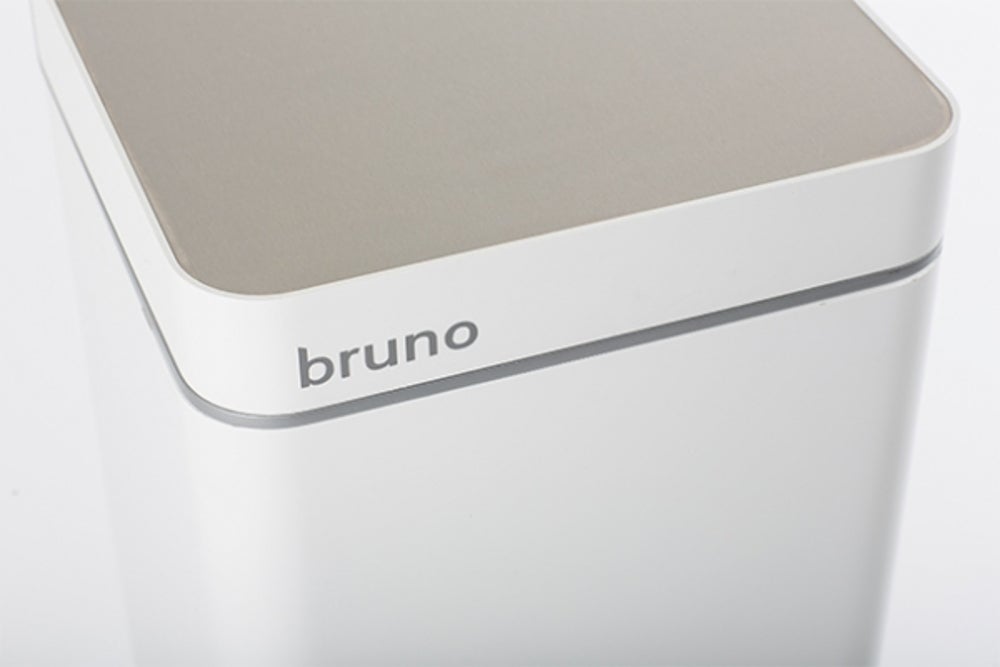 Bruno isn’t your average trash can. The sturdy rectangular device reminds you via text to take out the garbage, alerts you when you need more trash bags and vacuums up dirt. None too shabby for a wastebin.

Loaded with sensors, a battery and a replaceable filter -- and seamlessly working with a companion app -- the WiFi-enabled kitchen waste receptacle is more like a smart appliance than a garbage pail. It also doubles as a vacuum cleaner of sorts, sucking dust, dirt and floor sweepings into an integrated sucker feature carved out of the bottom of the unit. Pre-orders start at $159.

Related: For This Cate Cafe, Crowdfunding With Kickstarter 'Was Never About the Money'

Makey Makey GO, a circuit board that turns anything into a touchpad 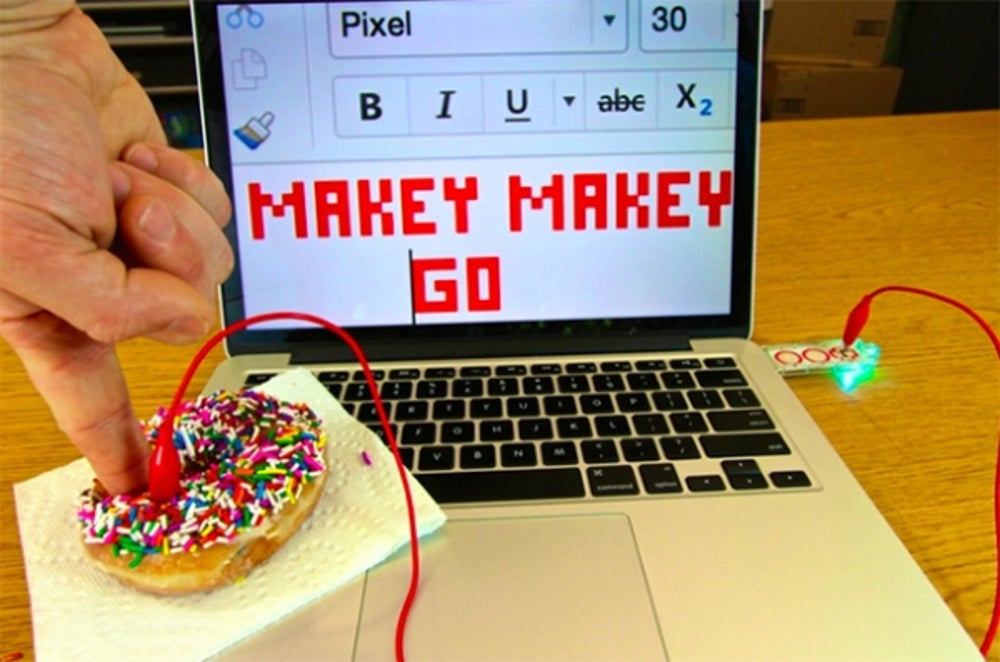 This clever, keychain-sized USB circuit board and connected alligator clamp kit transforms everyday objects into touchpad devices that instantly connect to the Internet. Makey Makey GO lets you turn virtually anything you want into a touchpad-based controller  -- bananas, donuts, JELL-O mounds, you name it.

Too full to finish your toast? No place to recycle that empty Coke can? With a Makey Makey GO gizmo plugged into your computer or laptop’s USB drive and the tethered clamps in place, you could turn them into all kinds of cool, random things, like selfie-stick buttons, piano keys or game controllers. Seriously. All that weird but awesome fun is available for preorder for just $19 bucks.

Wake, an alarm clock that wakes you with your very own 'sunrise' 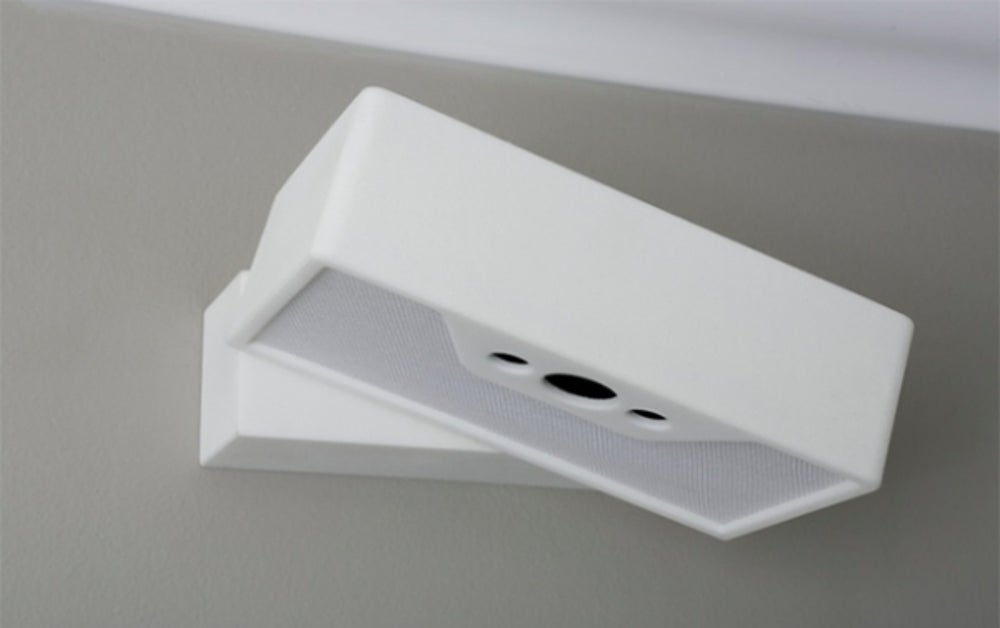 Waking up to the jarring squawk of an old-school alarm clock is an awful way to start the day, especially if it’s not set for you but for your husband, wife or partner. With Wake on your ceiling, you’ll rise and shine gently, slowly -- to your own, personal simulated sunrise. The unassuming white, brick-shaped box lasers in on you -- just you, not your partner -- gradually rousing you with ultrasonic waves and a targeted beam of LED light.

Using the companion app, you tell the infrared sensor-equipped gadget which side of the bed you call your own. Then based your body heat, Wake will silently pivot in your direction and automatically shine down on on your angelic snoozing face at your wakeup time. No need to feel around half-asleep for a “snooze” button. Wake shuts itself off when you get out of bed. Pre-orders start at $249.


Related: What's to Prevent Someone From Ripping Off Your Crowdfunding Campaign? Not Much.