The pace of crowdfunding growth has only been accelerating, according to a new report on the global industry.

If crowdfunding's been hot for awhile, last year, it was damn near on fire.

In 2014, companies and individuals across the globe raised $16.2 billion through crowdfunding, according to a report released today by industry research firm Massolution. That's a 167-percent increase from 2013, when $6.1 billion was raised.

On the heels of a record year, crowdfunding is projected to lap itself again. This year, the industry is expected to generate $34.4 billion, according to the report.

Looking at all of crowdfunding is like trying to figure out how to hug an octopus -- there are currently 1,250 active crowdfunding platforms, none of which is even close to holding a monopoly. Kickstarter, arguably the household "Kleenex brand" of crowdfunding platforms, has recently been usurped by personal campaign platform GoFundMe, according to the report. San Diego-based GoFundMe raised $470 million from 6 million donors in 2014, while Brooklyn, N.Y.-based Kickstarter raised $444 million last year from 3.3 million donors.

Even while crowdfunding is an entrepreneur's hustle, it's attracting the attention of big corporate giants lately -- but for reasons that go beyond the money-raising aspect.

"Large enterprises are now pursuing a crowdfunding agenda to market-test innovation portfolios and validate R&D outputs," Carl Espoti, the CEO and founder of Massolution and Crowdsourcing.org, writes in the report. "Our observations point to major global companies seeing models as a digital incubators to encourage new ideas, intellectual ideas and human capital, as well as to form meaningful customer relationships."

While crowdfunding is used for everything from investing in real estate to supporting musicians, the largest portion of the funds generated last year was used for launching businesses. Check out this chart, which shows the sectors that received the most funding via crowdfunding both last year and two years ago: 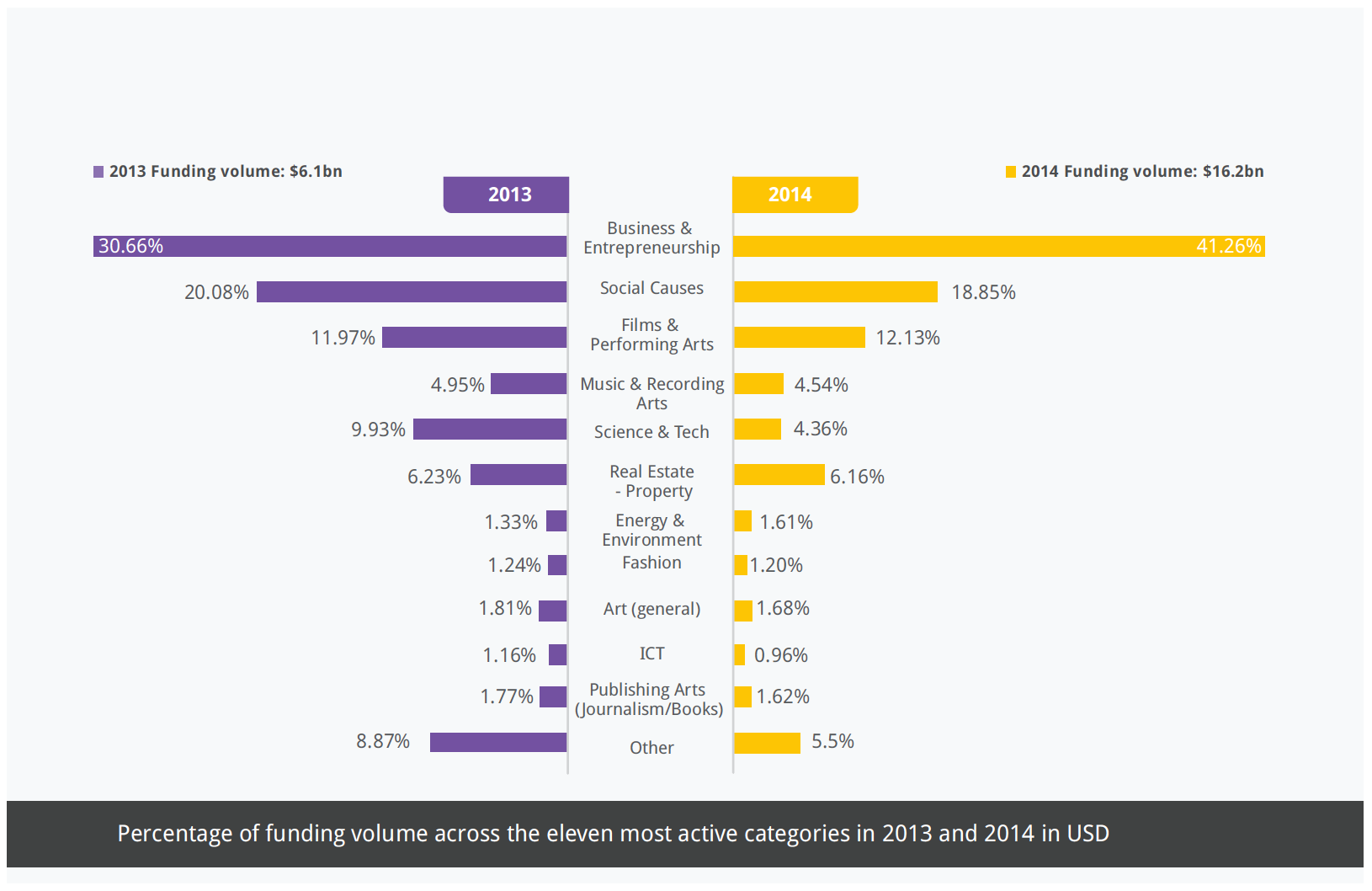