The New Orleans-based pop-up event and private catering company is reaching out to its members for it's latest funding round.

Too many cooks in the kitchen can really muck up a good thing, as the cliche goes. For the food tech startup Dinner Lab, however, having a whole clan of investors does exactly the opposite: It keeps the creative control of the company consolidated, untouched and unfettered by the otherwise omnipotent hand that comes with a big check from a VC deal.

When Dinner Lab was ready to look for cash to grow, it skipped over Silicon Valley VCs and turned to its own membership list. By crowdfunding, CEO and founder Brian Bordainick may give his lawyers a bit of anxiety, but he is also protecting his company's vision from the profit-obsessed grip of venture capital money.

The New Orleans-based startup launched in August of 2012 as a way to cater late night meals to his friends in New Orleans, a city which doesn't have the same late night dining options that his hometown of New York City takes for granted. The concept pretty quickly pivoted (who wants to be building a business that depends on serving a meal at midnight to a bunch of drunk people?) and became a way for up-and-coming chefs to experiment by allowing them to serve avant-garde meals to diverse crowds in unique locations. It is like the modern-day supper club. 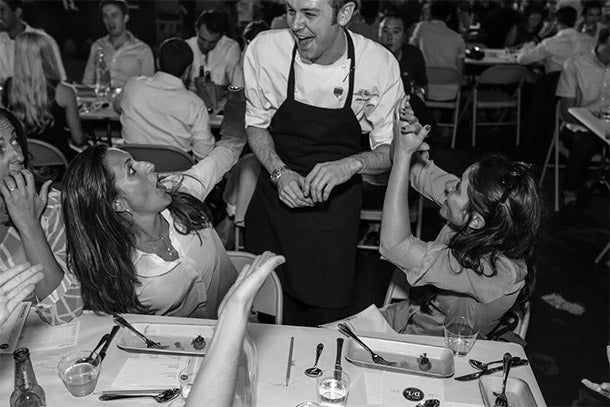 Dinner Lab "members" pay between $125 and $175 to join the community and anywhere between $55 and $95 per meal, including tax, tip and gratuity. They are invited to a multi-course meal prepared and served in a non-traditional setting, typically an otherwise underutilized space -- everything from a helipad to an abandoned church is fair game. So far, Dinner Lab has a roster of about 17,000 members with 40 percent hailing from New York, San Francisco, New Orleans, Austin, Nashville and Houston. As part of the Dinner Lab experience, guests are all asked to rate the quality of each course on a variety of factors. User feedback is carefully culled and analyzed and chefs respond accordingly.

Dinner Lab was doing well and marching along when, without really meaning to, it stumbled onto what will potentially become its biggest revenue source: catering for private events. In the five months that Dinner Lab has been dabbling in private events, it has catered events for Google, Pandora, Infiniti, Mercedes -- oh, and that's not to mention the New Orleans wedding of Beyonce's sister, Solange Knowles. The catering side of Dinner Lab has been clocking double digit growth month over month without proactive advertising, and Bordainick expects revenues for just that one arm of his business to top $1 million per month soon. He also stated he expects the company, as a whole, to become profitable by the first or second quarter of 2015.

"We opened up this door and there was a fire hose on the other side of it. And we were like, "Oh crap. We actually need to put a true infrastructure, sales infrastructure, around that to take that to the next level,'" says Bordainick. 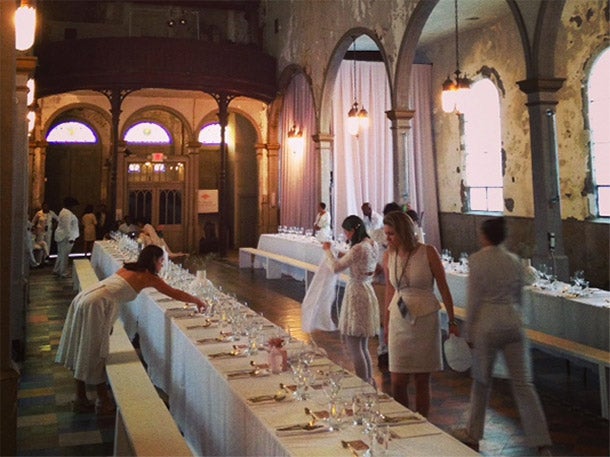 That, by the way, is how Bordainick talks all the time. He's a straight shooter. At the end of an hour-long coffee with this reporter discussing the ins and outs of his crowdfunding plan, Bordainick sat back with his New Orleans Saints baseball cap sitting, brim up and askew on his tuft of curly hair, laughed, and said, "but, we may be full of shit, who knows." In an world of up-and-coming entrepreneurs all of whom want to tell you that they have the next greatest, most innovative, disruptive technology, Bordainick's affable humility is refreshing. It also may raise eyebrows among more seasoned investors.

Dinner Lab ran its story up against a few venture capital houses, but, Bordainick says, because of the company's positioning between a tech company, an events business and a catering business, the Palo Alto finance class sort of balked at him. Hard pressed, he admits he would have probably been able to get cash from someone on Sand Hill Road. And, he admits, he might have been able to get more than the $2 million he is looking to get from this upcoming crowdfunding raise if he had decided to go the venture capital route. "But at what cost? All cash has a cost."

And so, about two weeks ago, Bordainick put a letter out to his member base asking if anyone would be interested in investing. "We in a sense created our own Angel List," he says. Of the 17,000 members that Dinner Lab emailed, 1,500 responded saying they were interested. And of those, about 750 self-identified as "accredited investors." 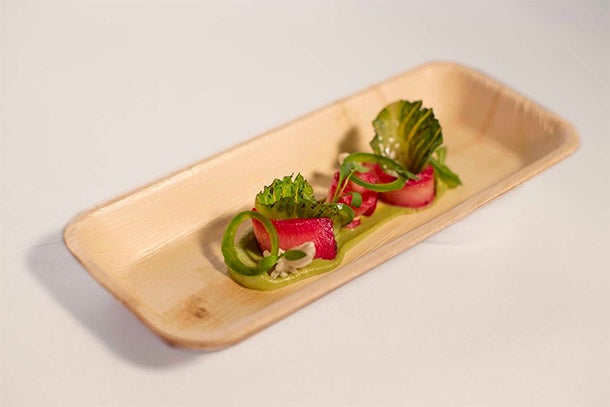 Dinner Lab attendees are asked to give feedback on a handful of criteria, including presentation, for each course.
Image credit: Fran Trachta, Fourtrac Creative

Current securities law dictates that an entrepreneur can only equity crowdfund, or raise money from a group of people by selling portions of his or her company to individuals who meet a handful of specifications deeming them sufficiently wealthy. Government regulators determine these people are capable of making their own investment decisions. These investors are called "accredited investors" in Securities and Exchange Commission jargon. Thanks to a law, the Jumpstart Our Business Startups Act, or JOBS, signed by President Obama in April 2012, it is now legal for private businesses to publicly solicit that they are raising funds which is exactly what Dinner Lab is doing. (Before the rule change, it was illegal for private businesses to advertise that they were raising money in the U.S.)

This story could play out differently down the road when the rules for rest of the JOBS Act are finalized. The SEC has yet to pass rules that would make it legal for non-accredited investors to participate in equity-crowdfunding rounds. If those rules had already been implemented, then Dinner Lab would have been able to tap those 750 investors who expressed interest in investing in Dinner Lab, but don't qualify as accredited investors.

Bordainick and his legal advisors are being ultra-careful to be sure that as they push the boundaries of crowdfunding, they don't step over the boundaries of what is legal and what is illegal. The means obsessing over tax documents and parsing through legal jargon. But the power of what Dinner Lab is doing comes into focus when you step back a bit and look at the community of people who participate in the Dinner Lab experience. Members range from their 20s to their 70s and Bordainick takes great pride in the diversity of personal narrative that is attracted to Dinner Lab events. 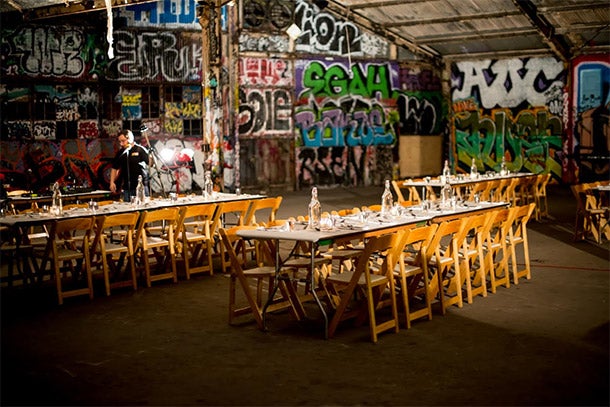