10 of the Most Influential African-American Inventors

To celebrate Black History Month, check out these genius inventions from African-Americans.
Next Article

February marks Black History Month, a time to honor the successes and contributions of African-Americans.

From the mailbox to 3-D technology to the ice cream scooper, many everyday items wouldn’t exist without the ingenuity of these black inventors. Click through to learn about 10 influential African-Americans and how their creations shaped society. 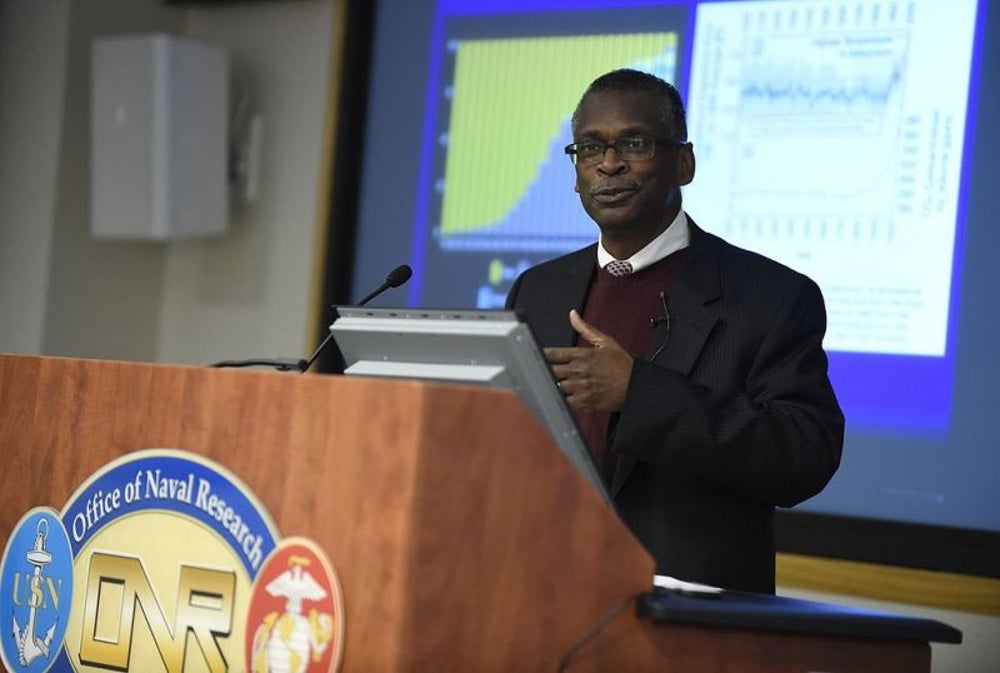 Also known as the “father of the Super Soaker,” Lonnie Johnson was born in Mobile, Ala., in 1949. With a passion for science and math, Johnson grew up inventing rocket ships in his family’s kitchen, building a go-kart with his brothers and winning first place in a national science competition in high school for a robot named “Linex.” After receiving his master's degree, Johnson worked for the Air Force and NASA.

In 1982, Johnson was developing a heat pump, which ultimately led him to the idea of a pressurized -- but safe -- water gun. He combined PVC pipe, plexiglass and an empty soda bottle, and the Super Soaker, originally named the “Power Drencher,” was born.

Through the years, Johnson revised the water gun, signed a deal with a top development company and began selling Super Soakers in toy stores. After patenting more than 80 other ideas throughout his lifetime, Johnson was inducted into the Inventors Hall of Fame in 2000. Today, the Super Soaker remains one of the top toy inventions of all time, with more than 200 million units sold to date. 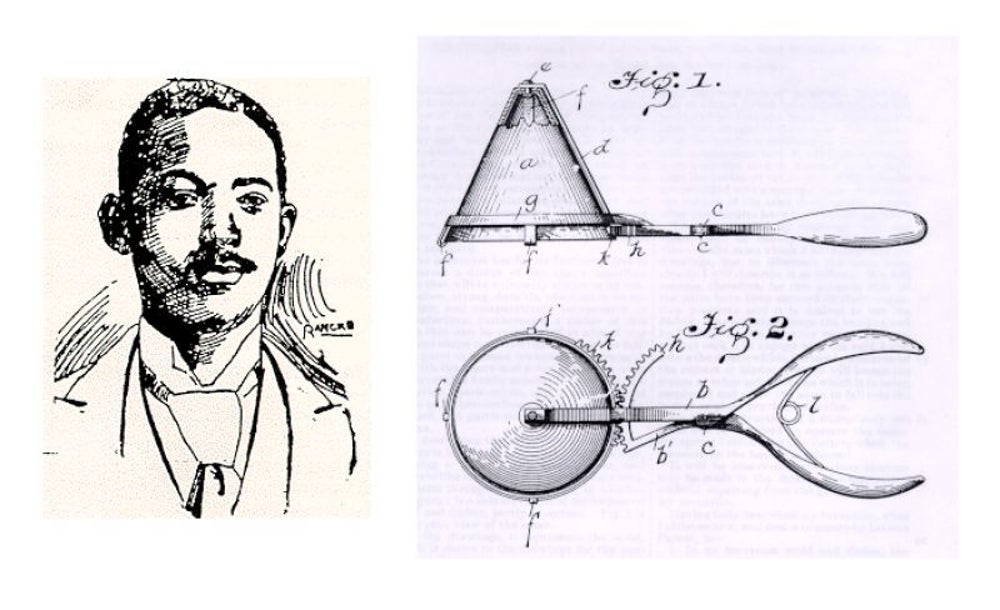 Businessman and inventor Alfred L. Cralle was born in 1866 in Virginia, shortly after the end of the Civil War. Growing up, Cralle worked for his father in the carpentry trade, during which he became interested in mechanics. He was later sent to Washington, D.C., to study at the Wayland Seminary, a school for recently freed African-Americans founded by the American Baptist Home Mission Society.

After a few years at school, Cralle moved to Pittsburgh, where he worked as a porter in a drugstore and a clerk in a hotel. While at the hotel, Cralle noticed ice cream servers having difficulty scooping ice cream -- having to use two utensils to get the ice cream from sticking to the utensil.

Influenced by this challenge, Cralle came up with the “Ice Cream Molder and Disher,” which was designed to keep ice cream and other foods from sticking. He patented his idea in 1897 and the invention spread like wildfire. Unfortunately, Cralle’s name was rarely associated with the device, which began popping up across the United States.

Philip Downing, inventor of the mailbox 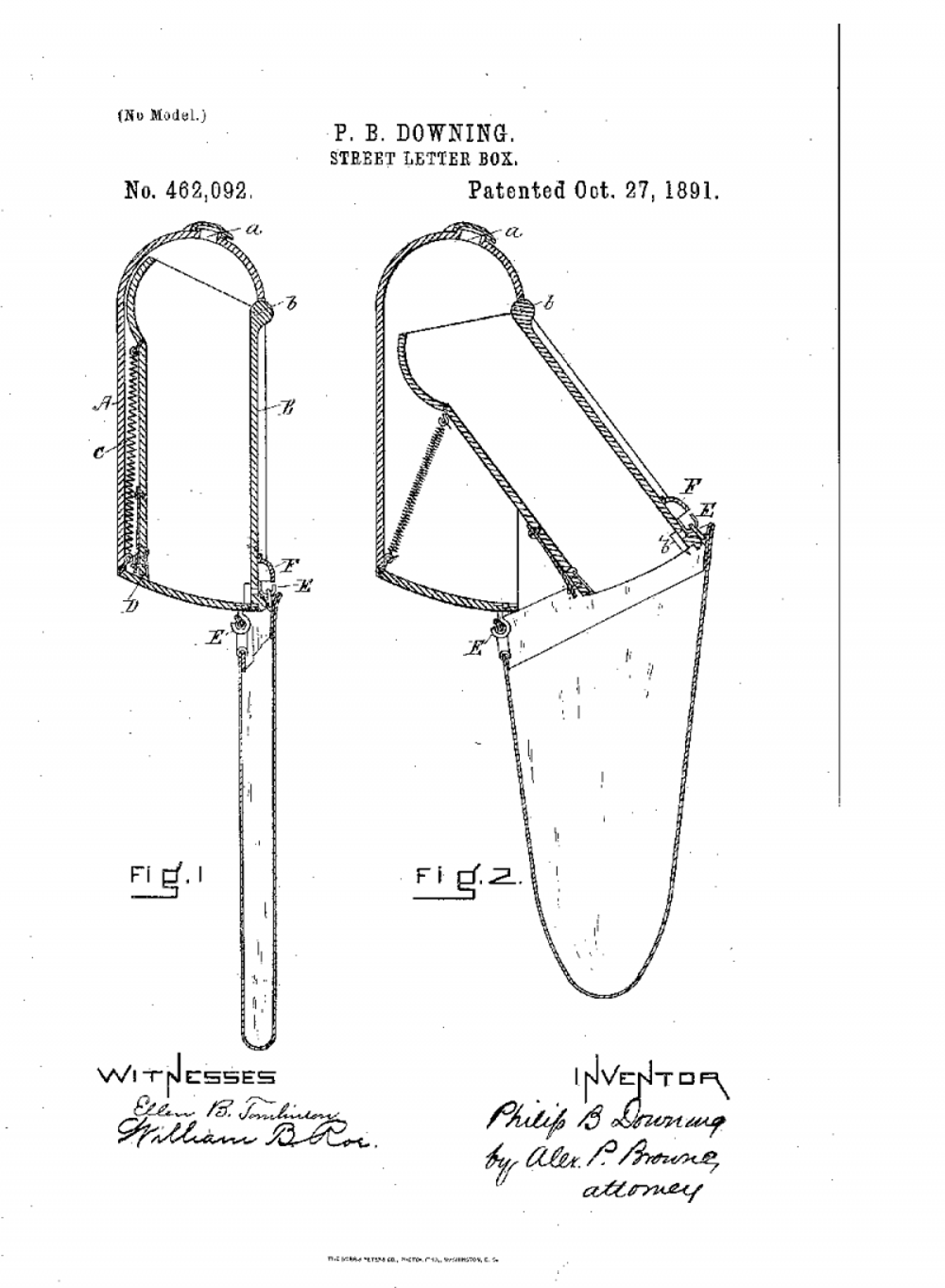 Before Philip Downing invented the mailbox, sending a letter was no easy task. Born in the late 1800s, Downing had a major influence on some of today’s most important inventions.

In 1891, Downing patented a device he called a “street letter box.” It would protect mail from theft and poor weather conditions and expand the postal system, allowing people to mail letters without having to walk to the post office.

Along with his mailbox invention, Downing is also recognized for his 1890 patent of a railway switch to control a train’s power supply. 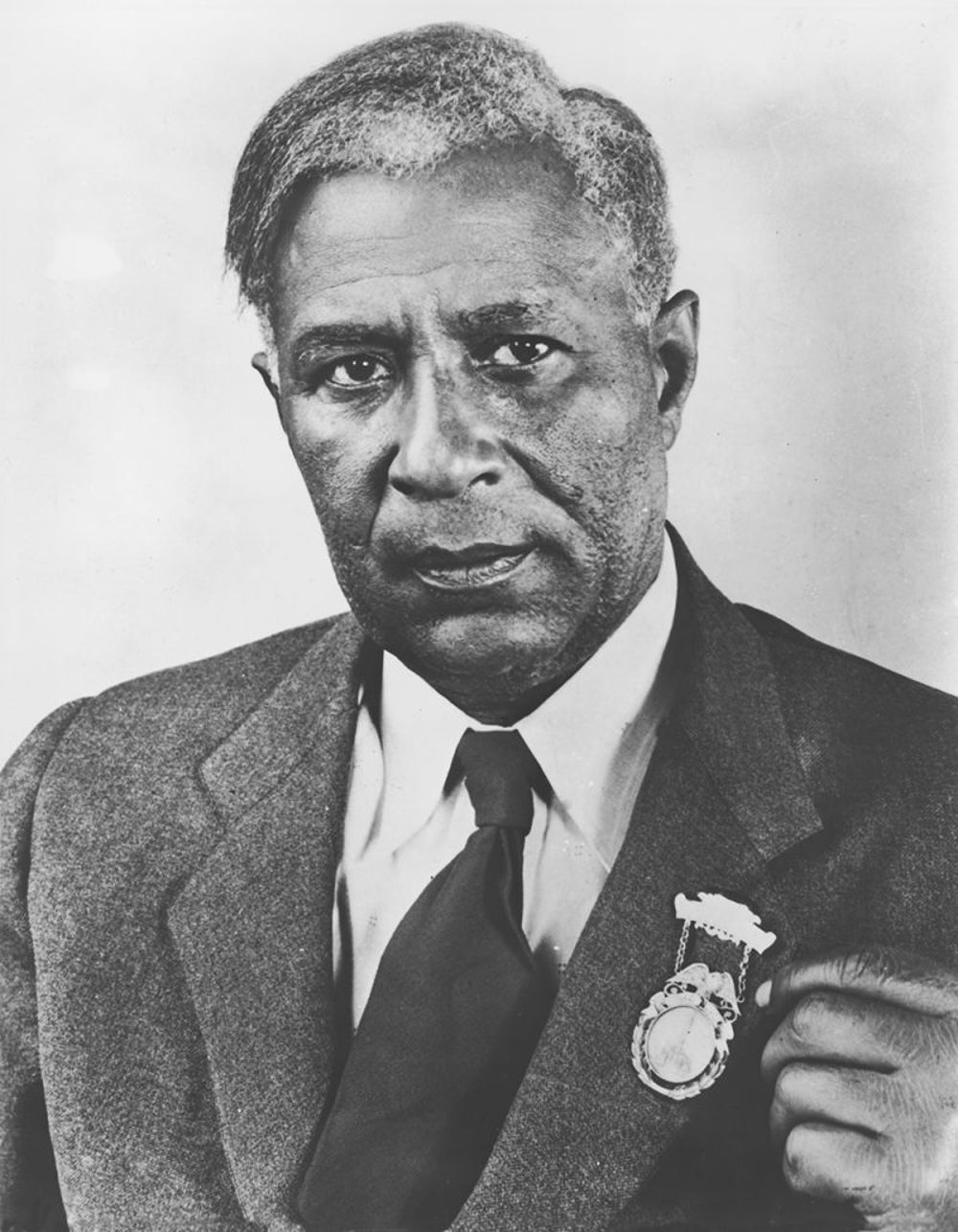 Garrett Morgan held patents on two of today’s most important devices: the gas mask and the traffic signal.

Morgan was born in Paris, Ky., in 1877. Although he only reached the sixth grade, Morgan’s technical and problem-solving skills propelled him to success. At the beginning of his career as an entrepreneur and inventor, Morgan created the first chemical hair straightening product, ultimately launching his own business, G.A. Morgan Hair Refining Company. Along with that success, Morgan also started a sewing machine repair company and a newspaper, The Cleveland Call.

However, it wasn’t until 1914 that Morgan’s most established achievements came into play, patenting a breathing device, the first ever gas mask. Two years later, Morgan and his brother donned the device after a natural gas explosion under Lake Erie and saved the lives of two workers.

But Morgan wasn't finished saving lives. After witnessing a terrible car accident, the inventor decided that roads needed a device to determine when cars and pedestrians had the right of way. His solution was the traffic signal, which he patented in 1923. He eventually sold the rights to General Electric. 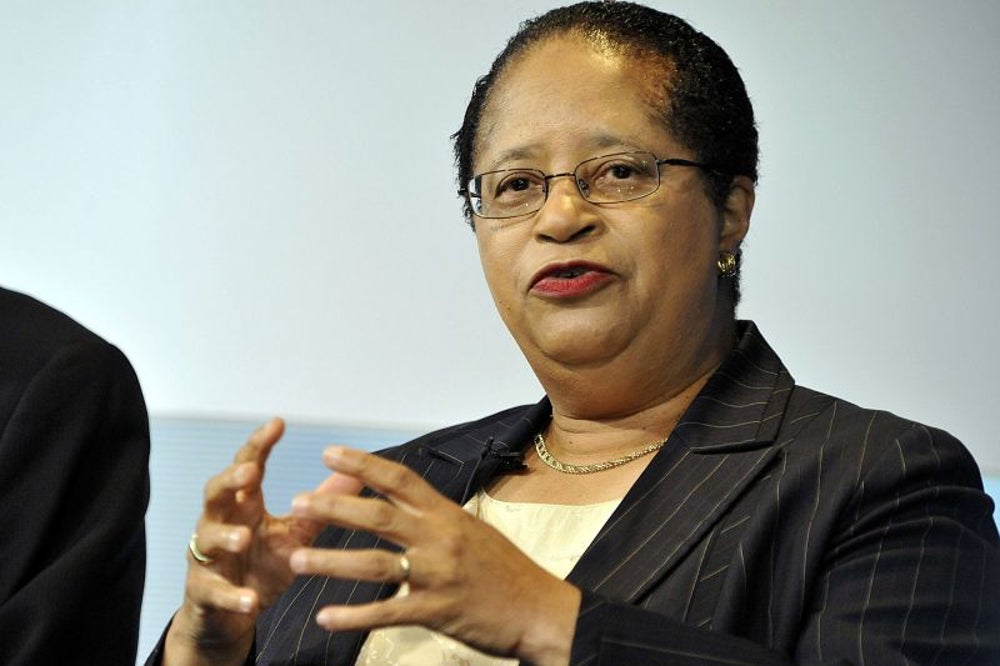 Born in August 1946, Shirley Ann Jackson is a physicist, researcher and inventor. She was the first African-American woman to earn a Ph.D. from MIT, the 18th president of Rensselaer Polytechnic Institute, chairman of the U.S. Nuclear Regulatory Commission under the Clinton administration and, last but not least, an incredible researcher and inventor.

Curious as a child, Jackson grew up with an incredible interest in science and math -- conducting experiments with her father and eventually graduating as valedictorian from her 1964 class at Roosevelt High School in Washington, D.C. After graduating M.I.T. with a PhD in theoretical solid state physics, Jackson worked for AT&T Bell Laboratories.

During her time at Bell, Jackson conducted breakthrough research that enabled the later inventions of the touch-tone phone, caller ID and call waiting. 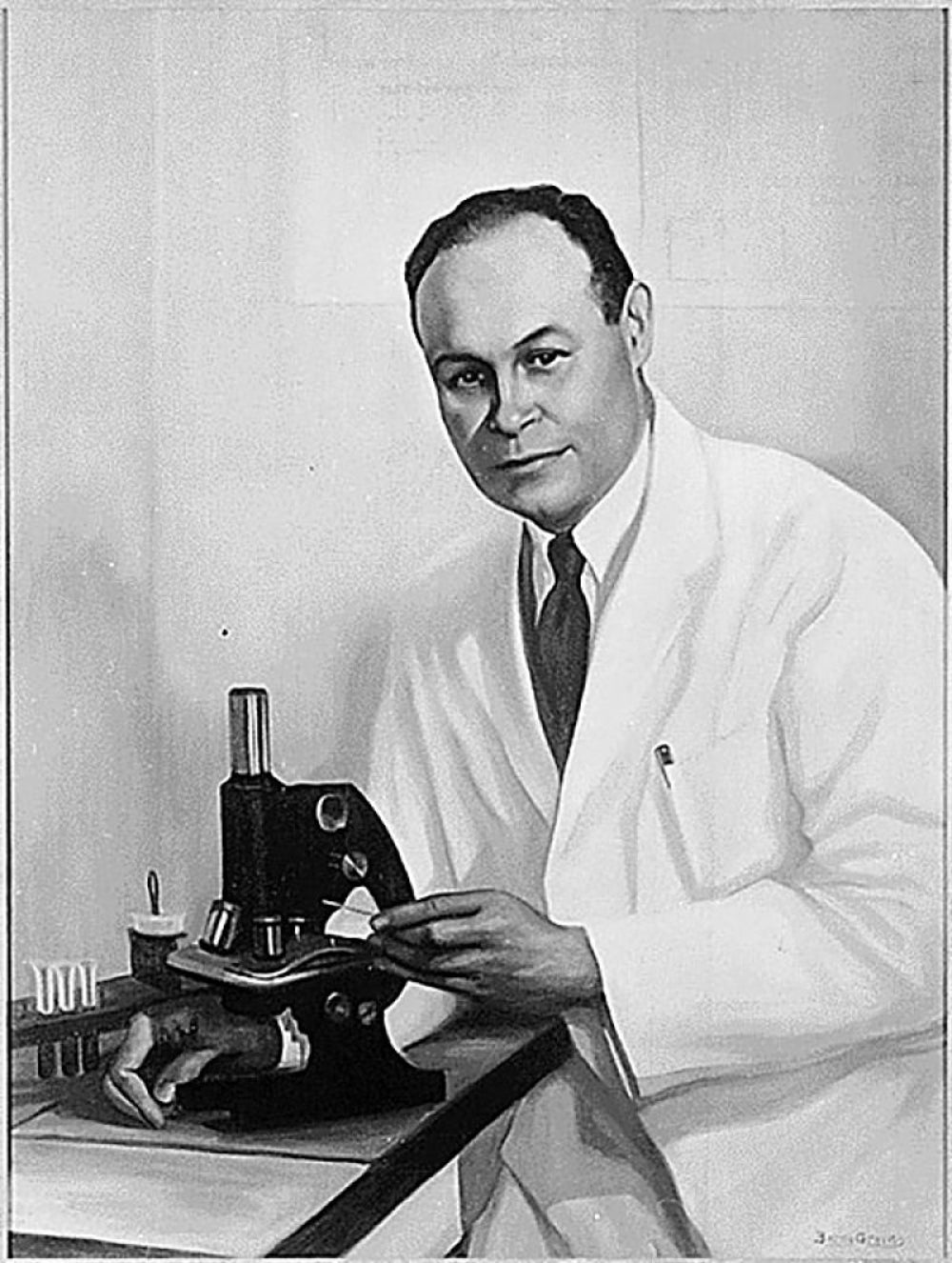 Charles Drew was an American physician, surgeon and researcher. He was born in Washington, D.C. in 1904. On a sports scholarship, Drew attended Amherst College in 1922, later attending medical school in Montreal and becoming the first African-American to earn his doctorate in medical science from Columbia University.

But after a ruling that African-American blood was to be segregated, Drew resigned from the organization. He passed away in 1950 at only 44 years old after a car accident. 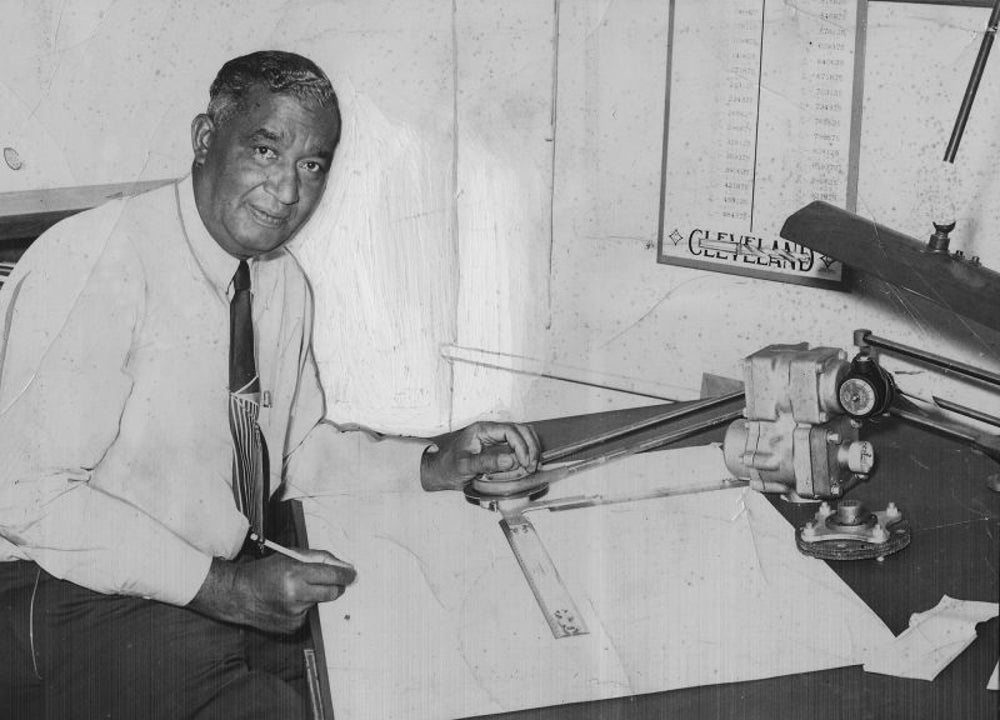 Inventor, entrepreneur, National Medal of Technology winner and Inventors Hall of Fame inductee Frederick Jones is one of the most innovative inventors of his time.

Jones was born in Cincinnati, Ohio, in 1893. When he was 11, Jones got his first job as a cleaning boy and by the time he was 14, he became an automobile mechanic. After his service in the first World War, Jones returned to work as a mechanic where he furthered his ingenuity -- inventing a device to combine sound with motion pictures. This invention caught the eye of business owner Joseph Numero, who hired Jones to work at his film company.

In the 1930s, Jones designed a portable air-cooling unit for trucks to transport foods, which he patented in 1940. After selling his supplies business, Numero partnered with Jones to launch the U.S. Thermo Control Company -- today called Thermo King. By 1949, Thermo King was worth $3 million and played a huge part in preserving blood, food and medicine during World War II.

From portable X-ray machines to engines -- Jones ended up patenting more than 60 ideas before his death in 1961.

Lewis Howard Latimer, contributed to the inventions of the telephone and the light bulb 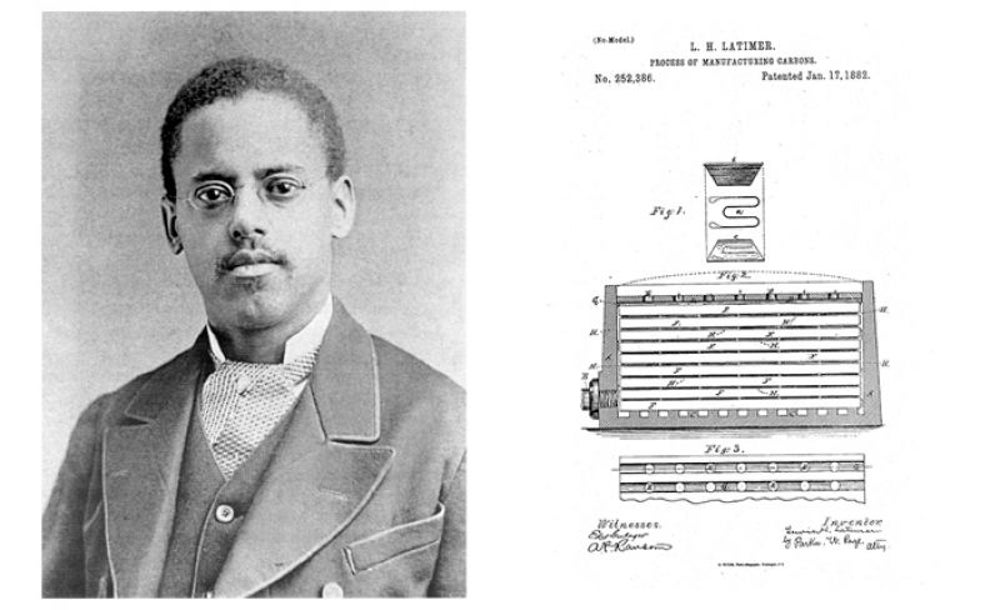 Lewis Howard Latimer was an inventor and a successful patent draftsman, born in 1848 in Chelsea, Mass. After his father left, Latimer helped support his mother and family -- lying about his age to enlist at 16 years old in the Navy during the Civil War.

After he was honorably discharged, Latimer worked as a draftsman at a patent firm where he not only learned mechanical drawing, but worked closely with Thomas Edison and Alexander Graham Bell. Latimer worked with Bell directly to help create the telephone, and he became an indispensible member of Edison’s team in the creation of the light bulb.

Along with helping two of the most well-known inventors of all-time, Latimer came up with his own inventions, such as an improved bathroom in railroad cars and an early air conditioning unit. 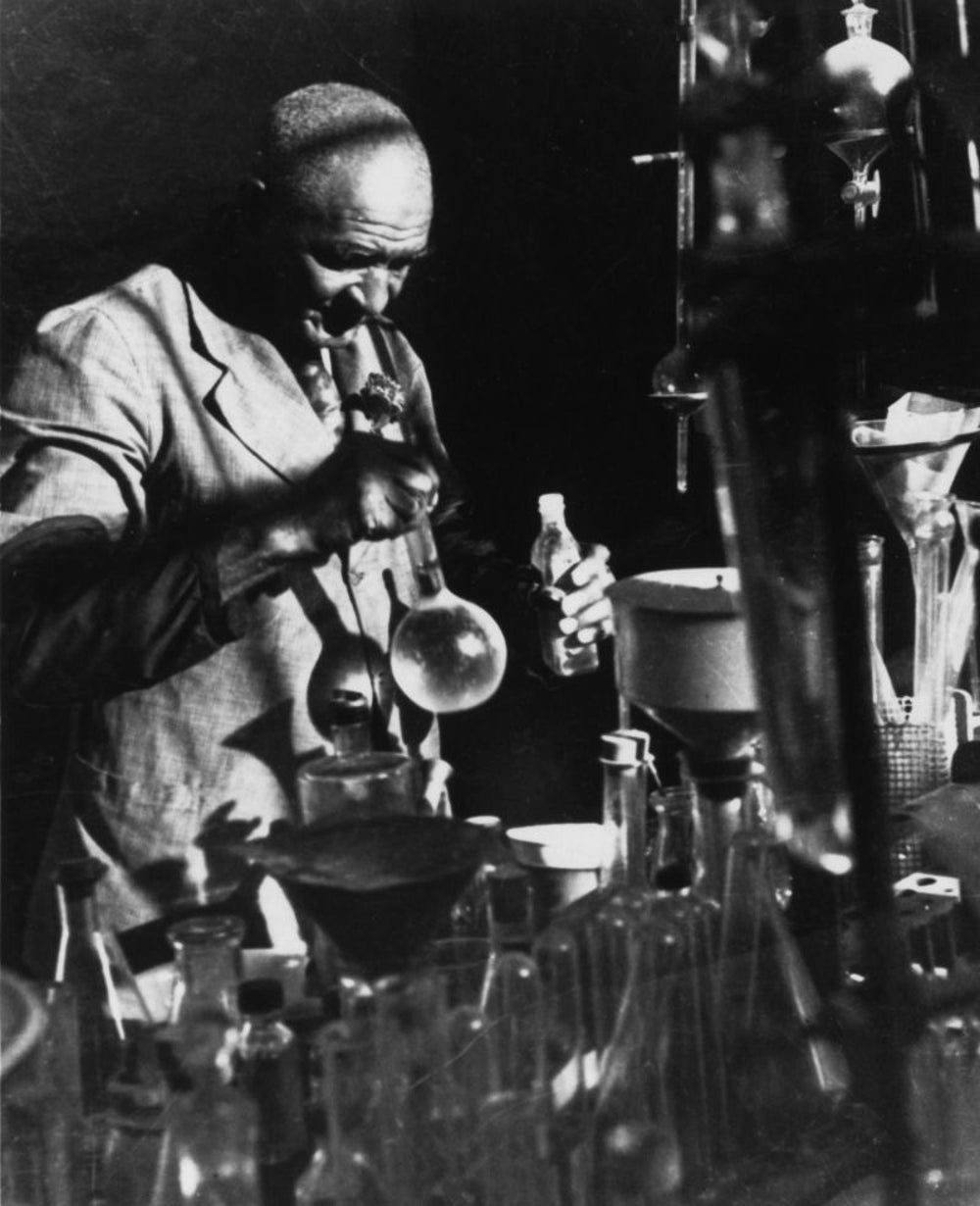 A botanist, environmentalist, inventor, teacher, celebrity -- George Washington Carver is one of the most well-known African-American inventors of his time.

Born into slavery in the 1860s (the exact year is unknown) in Missouri -- Carver struggled with the hardships of slavery during this time. Growing up, he often switched schools and lived in different foster families throughout the South -- eventually earning his diploma at Minneapolis High School. Shortly after, he became a farmer until he went back to school. In 1891, Carver was the first black student at Iowa State Agricultural College where he received both his bachelor’s and master’s degrees and later went on to teach there.

Throughout his life, Carver developed a number of innovations in agriculture, including techniques to improve soil depleted by cotton plants, crop rotation practices, alternative crops recipes and cash crop ideas for poor farmers. Much of Carver’s work was focused on improving the lives of poor farmers in America. One of the most notable inventions that Americans recognize with Carver is … peanut butter.

Along with being an inventor, Carver taught at the Tuskegee Institute for 47 years, he was on the cover of a 1941 Time magazine issue, a member of the Royal Society of Arts in England and the winner of Spingarn Medal of the NAACP.

Marc Hannah, contributed to the creation of 3-D and special effects in movies 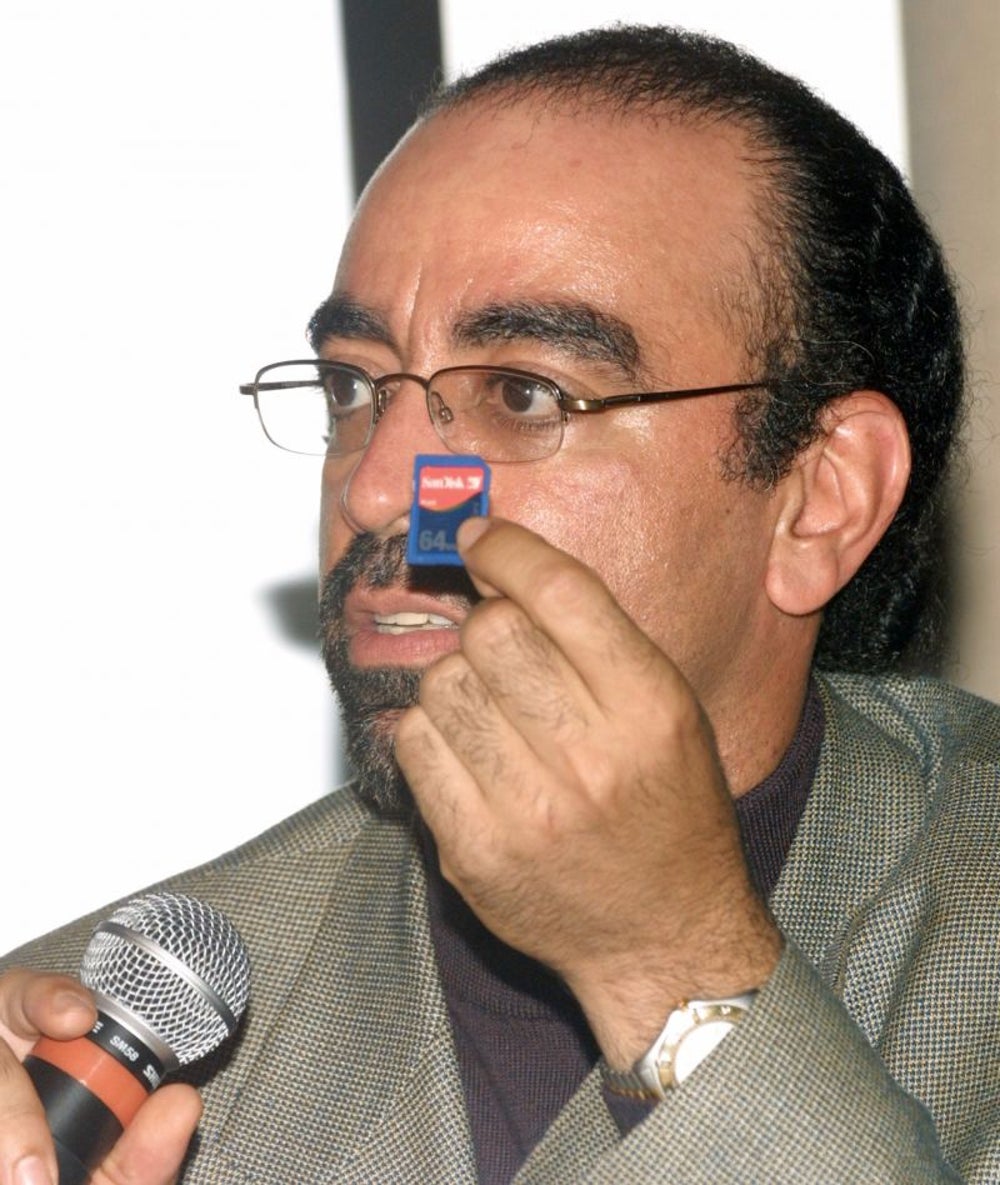 Marc Hannah, born in Chicago in 1956, was the man behind the 3-D technology in all of your favorite films. He studied electrical engineering at the Illinois Institute of Technology with a scholarship from AT&T Bell Laboratories. He later received both his master’s degree and his PhD from Stanford University.

In 1982, Hannah co-founded Silicon Graphics, Inc., where he became the company’s principal scientist for a number of computer programs including Personal IRIS, Indigo, Indigo2 and Indy graphics. These programs are responsible for the 3-D and special effects in movies such as Jurassic Park, Aladdin, Beauty and the Beast, The Hunt for Red October, Field of Dreams and Terminator 2. Hannah’s systems were also influential on the Nintendo 64 gaming system.

His programs went beyond Hollywood and have also provided support in engineering research and medicine.

21 Inspiring Quotes From Black Leaders From Throughout American History

Black Is the New Black: An African-American Entrepreneur's Manifesto