Ever wonder where your first MySpace friend is now? He's been pretty much everywhere.
Next Article

No one can forget the ultimate social network of the early 2000s: MySpace. It was the site that let you customize your profile with music, pick and choose who your "top 8" best friends were and post your bathroom selfies. Getting started with MySpace was easy too, because right from the beginning of setting up an account, you already had your first friend: Tom.

MySpace founder Tom Anderson, better known as "MySpace Tom," was the face of the company and for a while, number one on every user's top friends.

Launched in 2003, the company was bought by News Corp. in 2005 for $580 million. Anderson continued to head the then-largest social media site in the world, but eventually decided to take the money and run, retiring in 2009.

"For years it literally meant no work -- I just didn't want to spend one minute doing something for money," Anderson shared with Business Insider.

So, where has the MySpace millionaire been since? Apparently everywhere. After leaving MySpace, Anderson pursued architecture, designing dream houses around the country. Now he's traveling the world as a photographer.

That's right, "MySpace Tom" is a digital nomad, globetrotting and taking photographs of his journeys, which he shares on Instagram. And he doesn't waste time: just in the past year he's visited "Peru, Chile, Argentina, Bolivia, Hawaii, Japan, China, Canada, Alaska, Hawaii and virtually every northwest and southwest state," he told BI.

Check out some of the beautiful photos Tom has taken over the past few years. 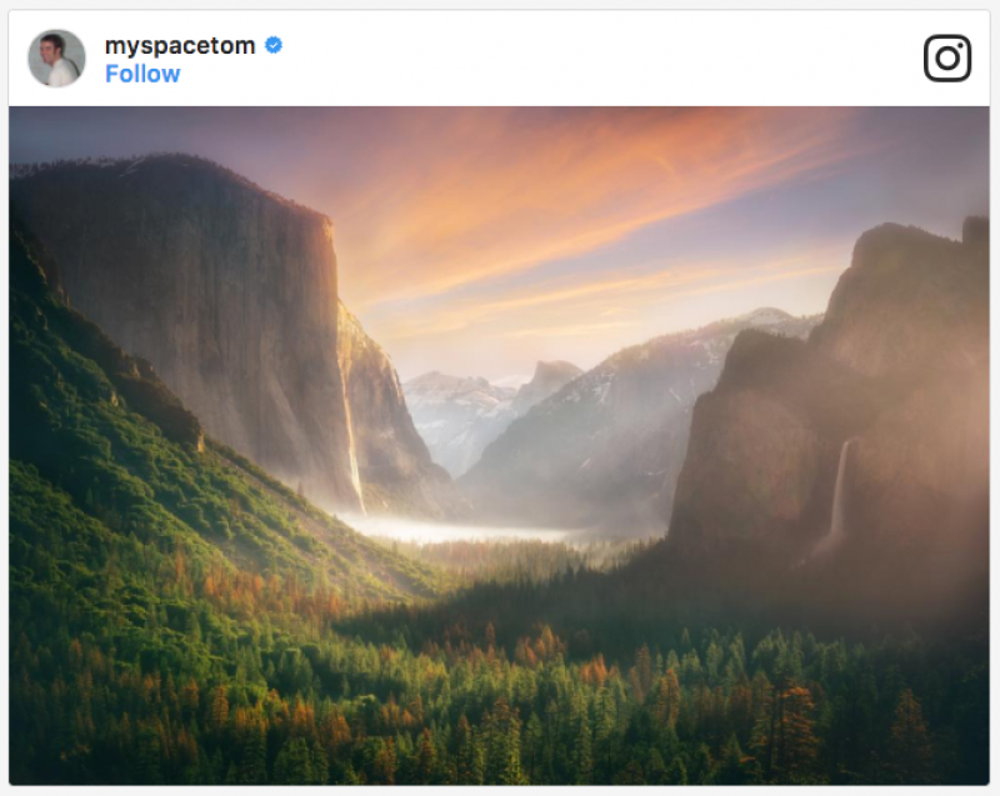 The MySpace millionaire is dedicated to getting the perfect shot -- in his description of the photograph, he shares that he was on a helicopter flying over the Na Pali coast. 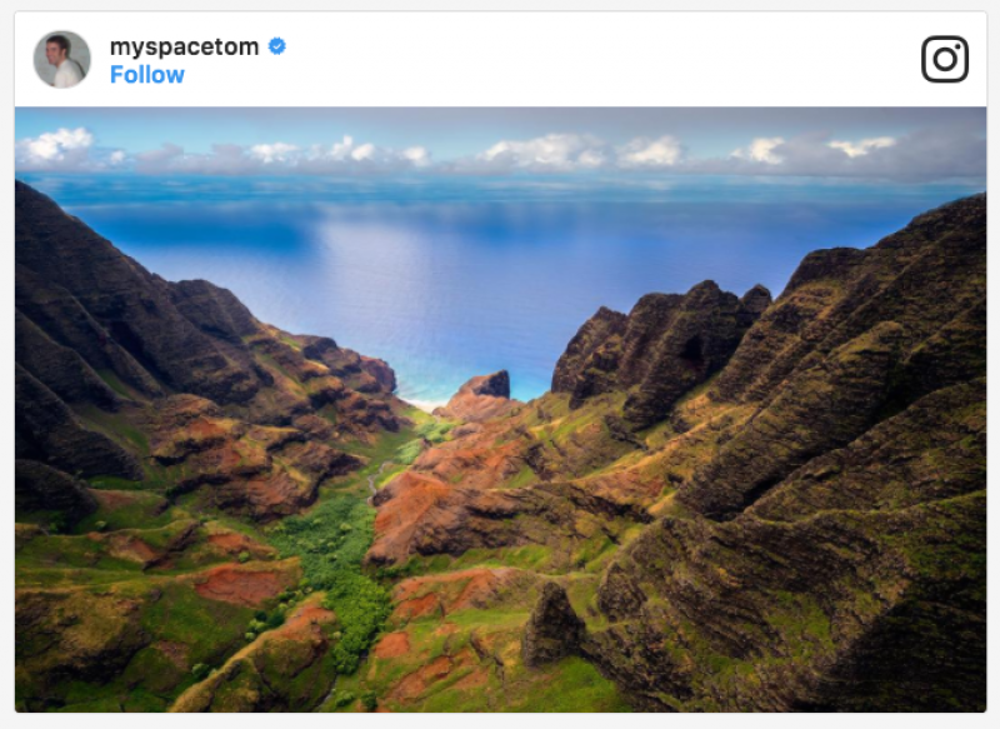 In the style of Hudson River School of Painting, Anderson took a trip to Yosemite National Park to shoot the landscape. In his description, he praises the land for its "many huge waterfalls." 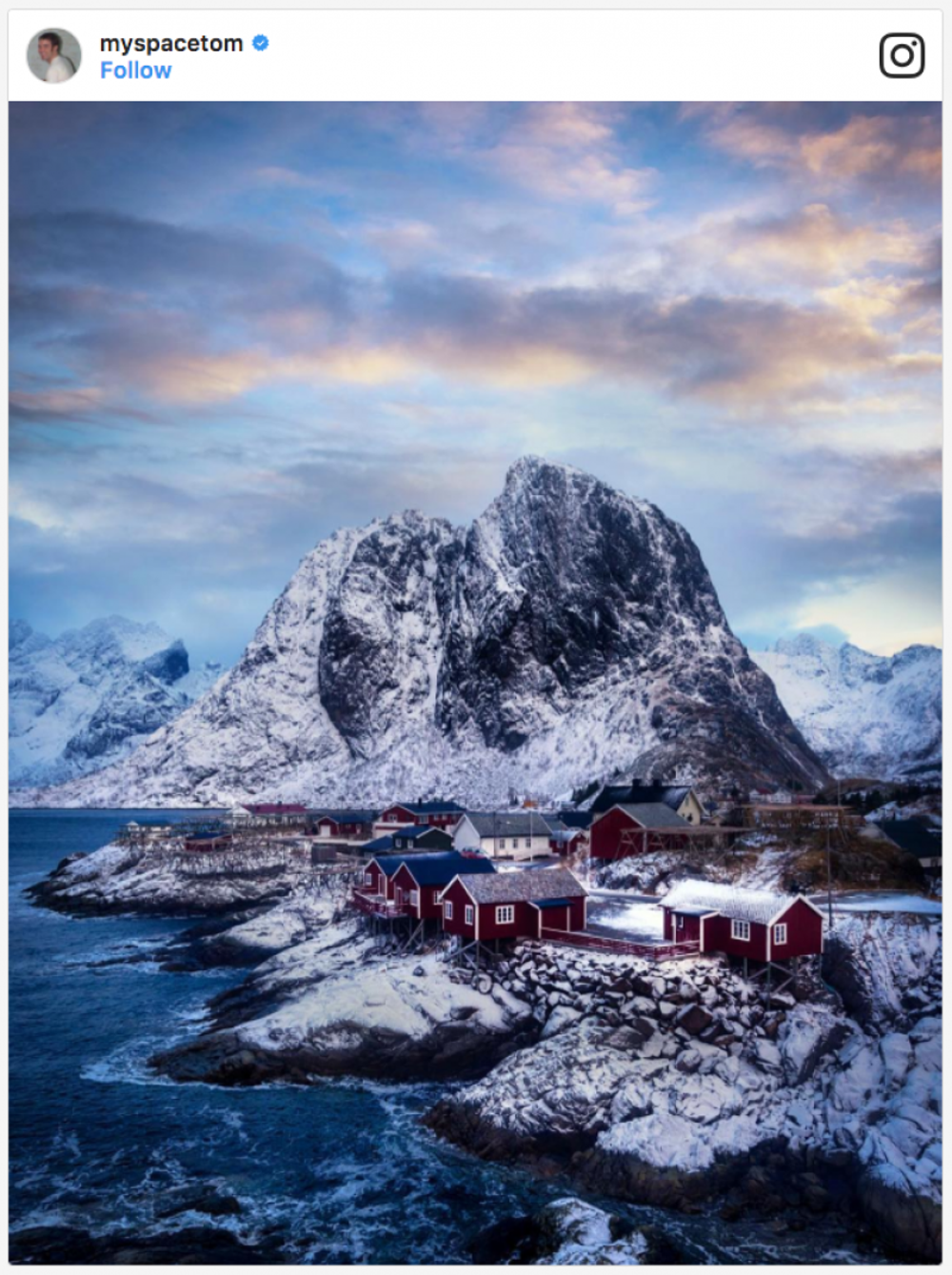 Anderson visited the fishing village, Lofoten, where he stayed in one of the red cabins featured in the image. Unfortunately, near the end of his trip, he broke his ankle. His tip for travelers to Norway? "Don't break your ankle."

In the Sahara Desert One of Anderson's biggest inspirations that sparked his interest in photography was his favorite movie, Lawrence of Arabia. He dedicated this photo to the movie's director, David Lean. 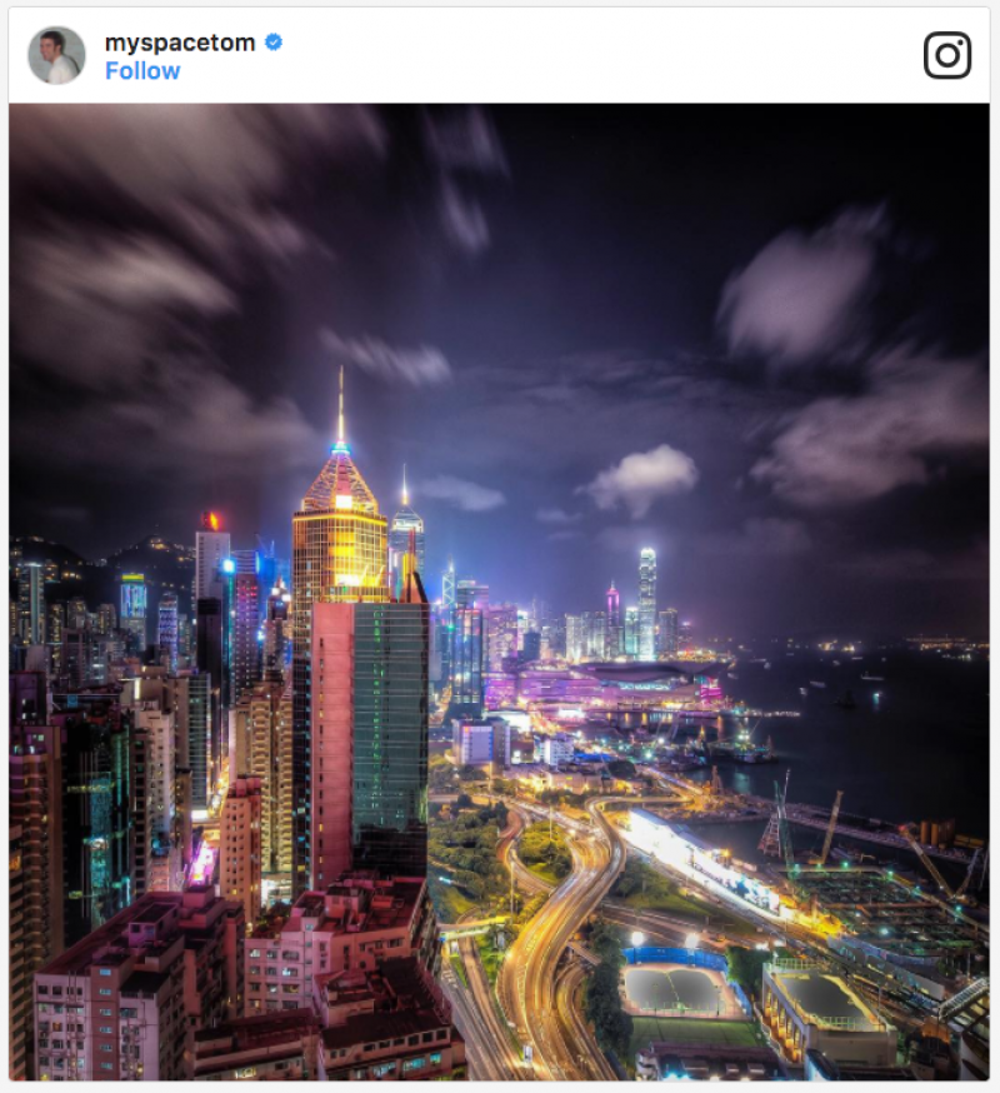 The founder-turned-photographer took a trip to Hong Kong and scored a great shot of the city's skyline. He recommends others to visit too -- "you will not be disappointed," he says in the photo's caption. 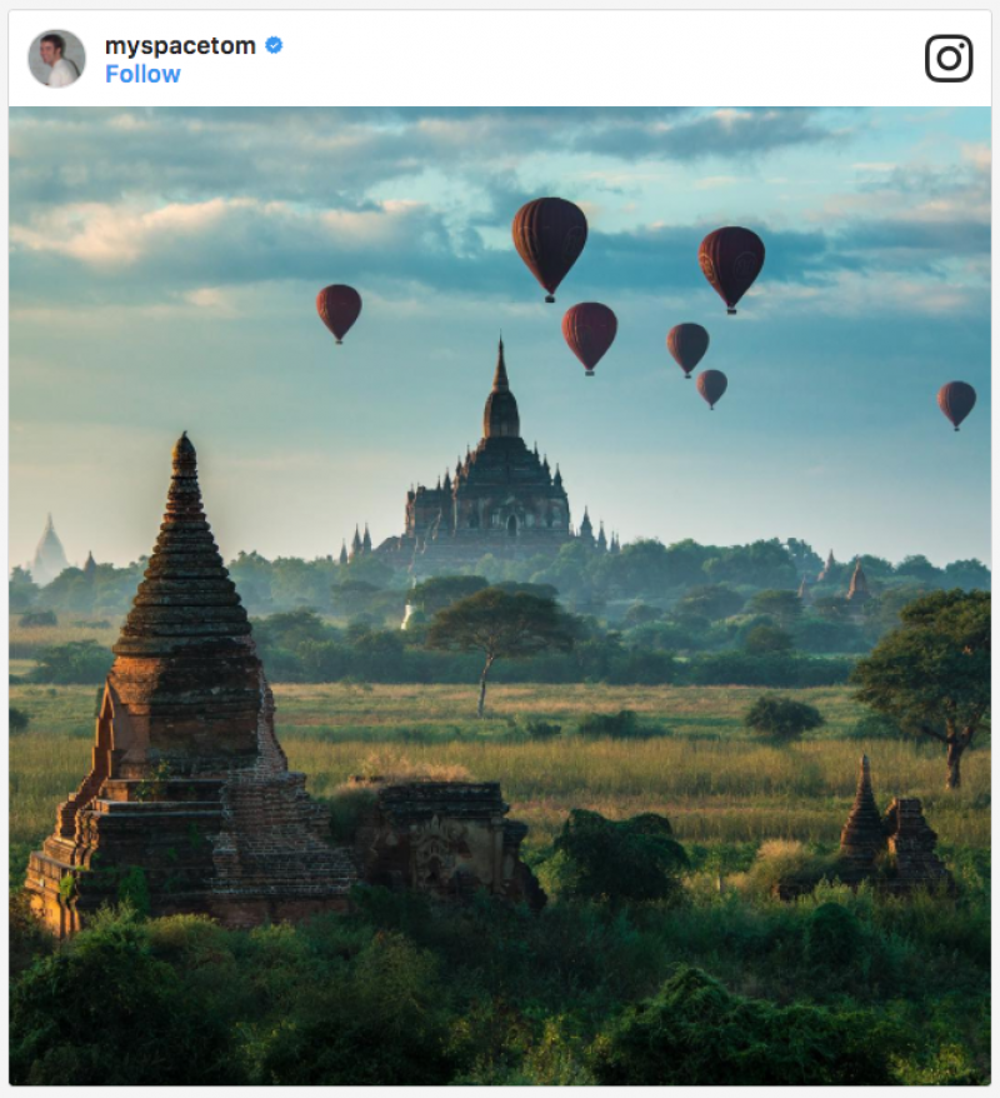 The globetrotter calls Bagan, Burma, one of his favorite places, and that's saying a lot for someone who has seen most of the world. Anderson shares in the image's description that many of the temples had been damaged by an earthquake and he hopes to help rebuild them one day. 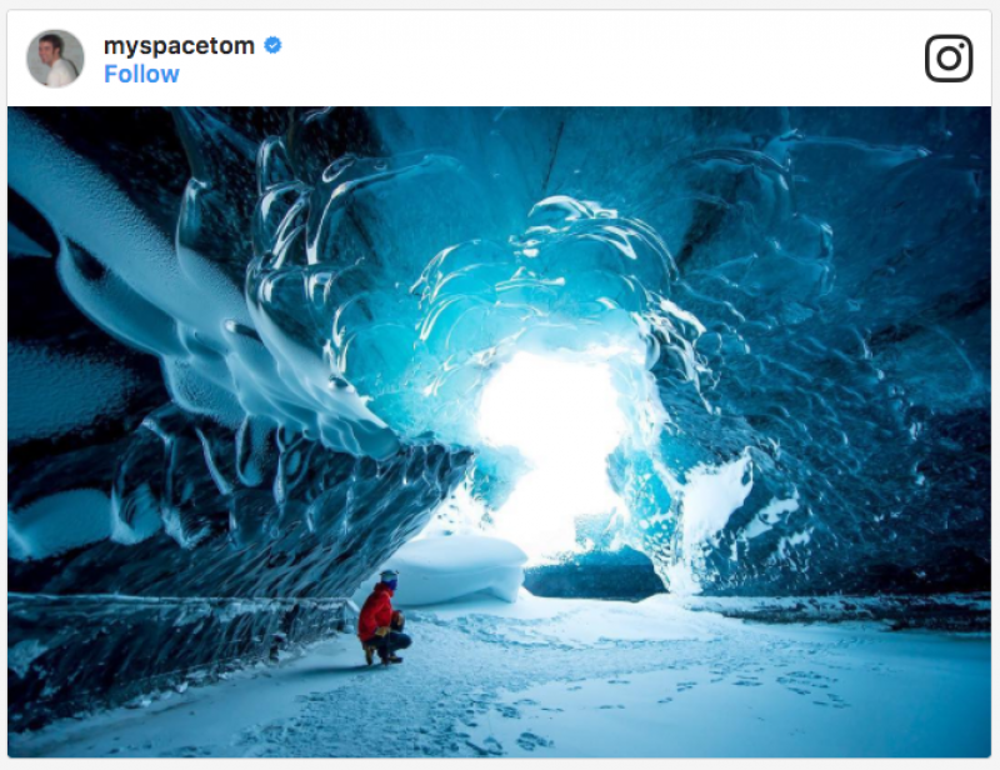 While Iceland has become a tourist attraction worldwide known for its scenic landscapes and its famous Blue Lagoon, Anderson says this cave was particularly beautiful. "The play of light filtering through the ice makes this extraordinary blue that is just stunning," he says in the image's caption. 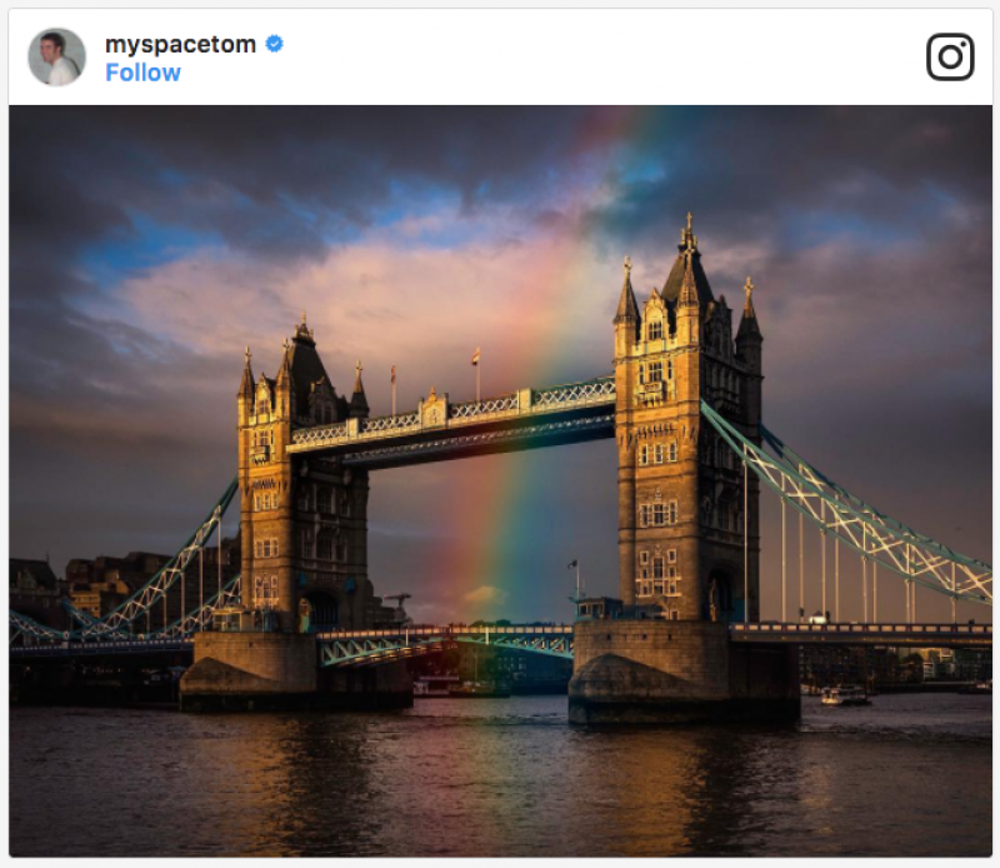 On his way to Scotland and Ireland, Anderson made a quick stop in London. Unexpectedly, he saw a rainbow and was able to get this shot despite London's bad weather.

Elon Musk Says He Doesn't Have Time to Shower. Here Are 3 Things to Know Today.

Robinhood Offering $50,000 in Free Credits to Users Amid Crypto Crash