Marketing and Branding Wins and Losses From E3 2017

Makers of video games pulled a variety of stunts at this year's show.
Next Article

E3, the video game industry's massive annual conference, wraps up today. During the show, companies including Microsoft, Sony and Nintendo get the chance to impress and excite their fans with soon-to-be-released products. It's a competition for hype and loyalty.

A number of journalists already seem fed up with the yearly pilgrimage to Los Angeles. Wired's Julie Muncy summed it up: "E3 is increasingly irrelevant in an age of downloadable games and subscription models. The games industry itself is the only entity keeping score based on which company can make the boldest, most exciting proclamations."

Related: Nintendo Is Leaving Its Comfort Zone, and We're All Better Off

For those of us at home though, E3 can be a select-your-own spectacle, with oodles of juicy game trailers (God of War! Super Mario Odyssey! Metroid Prime 4!) hitting the internet. Consumers like to be teased, even if they end up disappointed.

Here are some illuminating moments from this year’s E3 -- and what all types of companies can learn from them.

Beware the dangers of using influencers. 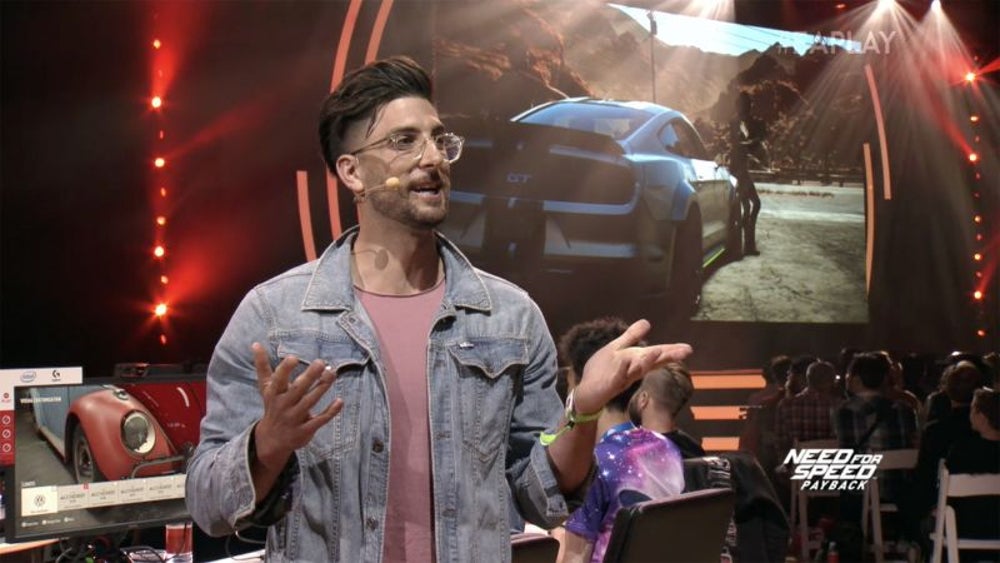 Image credit: Twitch
It's a smart strategy to use influencers -- individuals with large followings on platforms such as YouTube and Instagram -- to promote your products. However, Electronic Arts didn't seem like it knew how to best utilize some gaming personalities it employed at its E3 press conference. Instead of having these personalities do what they do best -- make comments during gameplay -- Electronic Arts had them read scripts. That went wrong numerous times, Polygon reports. 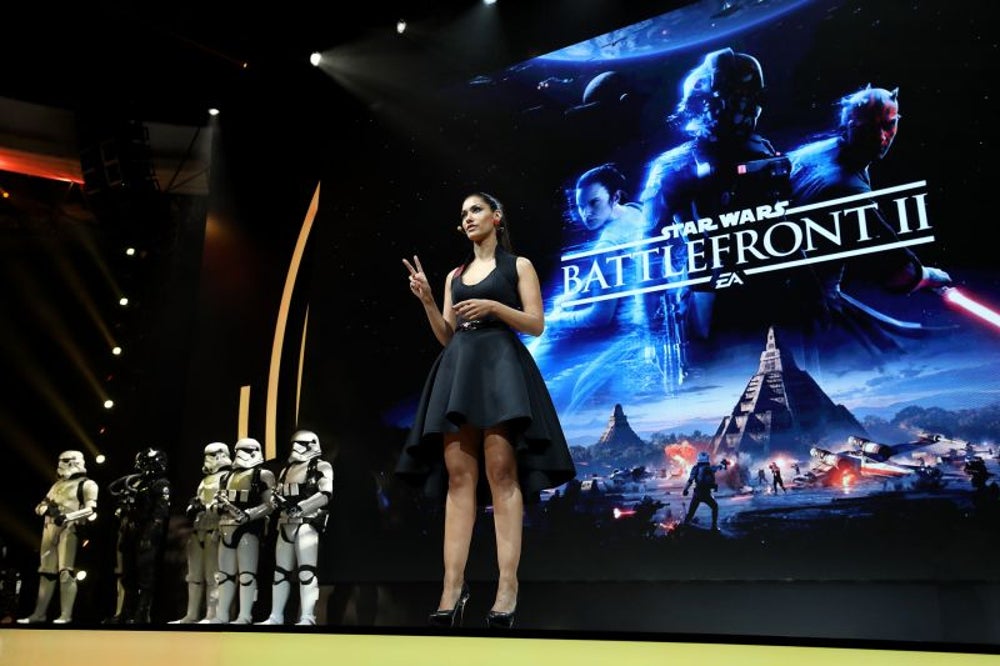 While untrained influencers may not excel at live events, professional actors certainly can. Electronic Arts also booked Janina Gavankar, who plays the lead character in the upcoming game Star Wars Battlefront 2. Viewers praised her epic entrance, in which she emerged from a group of marching Stormtroopers. Her stage presence was stylish, down to the dress she wore. The garment proved such a hit that Gavankar convinced its designer to sell it to the public.

I went to @elhofferdesign to design my Iden dress for today & I just convinced her to let people preorder it!! https://t.co/bfi7JAIZta pic.twitter.com/fP1oYoxVjL

While Elhoffer Design might be the biggest winner here, Electronic Arts deserves props for hiring a spokesperson who was able to make such a grand impression.

Related: 'Metal Gear Solid' Creator on How He Remains Creative Amid Hardships

Understand that pricing is important. 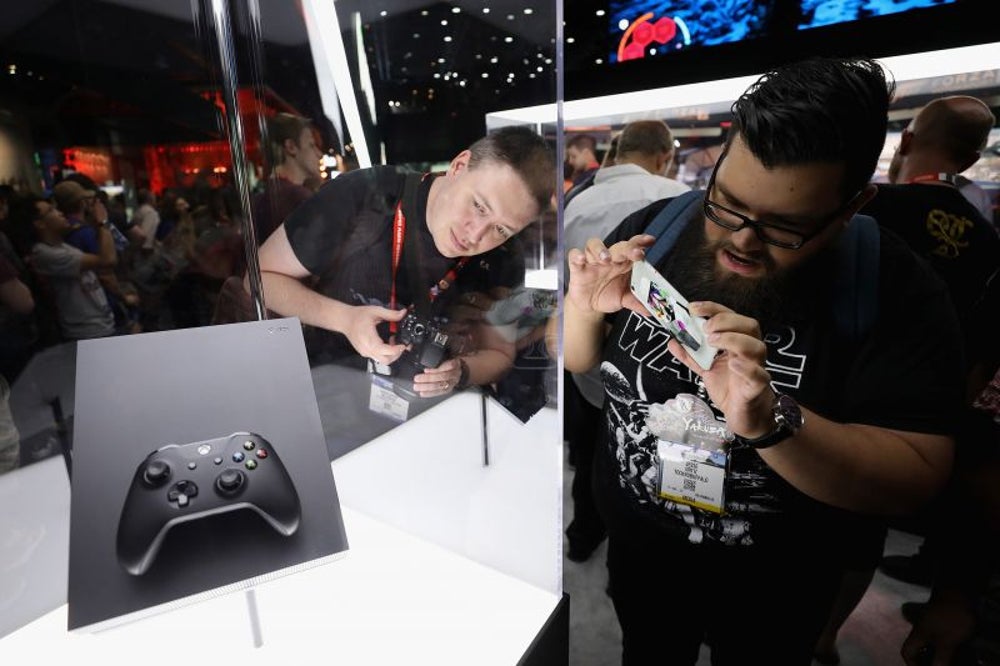 Image credit: Christian Petersen | Getty Images
Microsoft finally unveiled the more powerful version of its Xbox One, codenamed Project Scorpio. The Xbox One X will retail for $499, boasts of 6 teraflops of graphical processing power and 4K capabilities and will release on Nov. 7. The large problem, pointed out by analysts who spoke with GamesIndustry.biz, is that Sony's competing system, the PlayStation 4 Pro, costs $399. And although Microsoft says that the X is a "premium" product, the analysts argue that Sony can decide to play up the competition by dropping the Pro's price to $350. 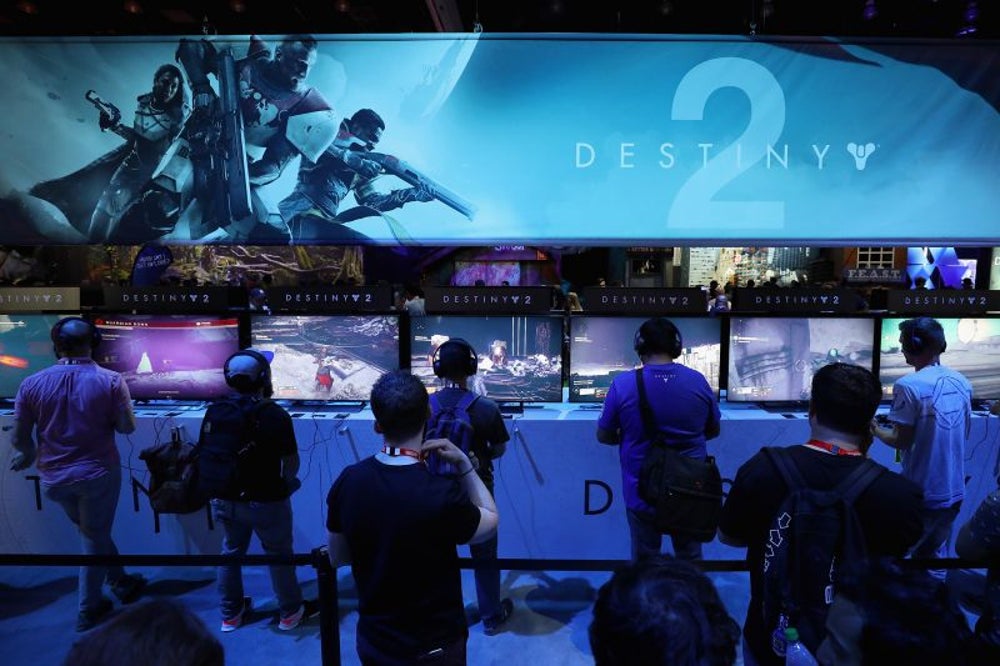 Sony had its own fumble during the show. When you play games online, you are usually restricted to playing with others on only the platform you're currently using. So if you're on Xbox, you'll play with other Xbox gamers. Companies are now making strides to eliminate these restrictions, with both Minecraft and Rocket League allowing cross-platform play. That will unify gamers on Xbox, Nintendo Switch, PC and Mac. But not those on Sony Playstation.

Jim Ryan, head of global sales and marketing for PlayStation, attempted to explain Sony’s position to Eurogamer. “We have a contract with the people who go online with us, that we look after them and they are within the PlayStation curated universe." But this excuse goes out the window when you consider that Nintendo, which prioritizes families and children, allows cross-platform play.

Related: Everything You Need to Know About Breaking Into the Video Game Industry

This gave Microsoft's Xbox head Phil Spencer an opportunity to bash the competition. “The fact that somebody would kind of make an assertion that somehow we’re not keeping Minecraft players safe, I found -- not only from a Microsoft perspective, but from a game industry perspective -- like, I don’t know why that has to become the dialogue. Like, that doesn’t seem healthy for anyone,” he said during an interview with Giant Bomb.

Create your own damn buzz. 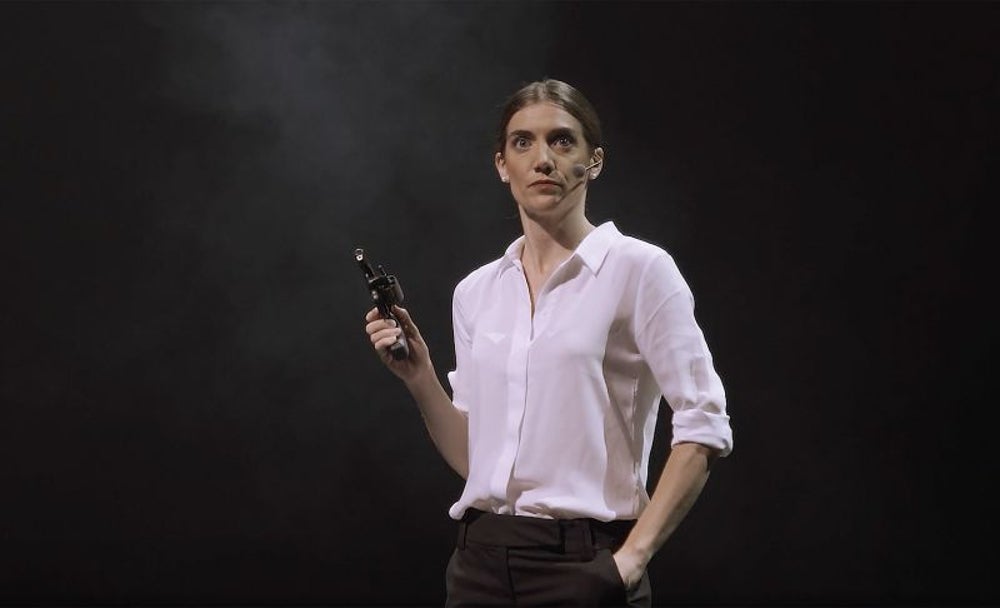 What do you do if you're not a titan such as EA, Microsoft, Sony or Nintendo? Get crazy. That's what Devolver Digital did during its E3 press conference, which didn't generate much attention for the products shown, but more for theatrics. The 15-minute presentation opened with an executive firing a fake gun in the air, and things just got crazier from there. This resulted in positive news stories in gaming media.