What You'll Really Earn on Uber, Airbnb and TaskRabbit Every Month

Ever wonder how much people working in the gig economy make?
Next Article

Whether it’s to help pay the bills or have a little extra spending money, the gig economy -- which includes platforms such as Uber, Airbnb and TaskRabbit -- empowers people to earn extra cash on their own terms.

Related: The Evolution of the Gig Economy: Cupcakes to Claims Inspections

However, did you ever wonder how much these side hustlers are really raking in every month? Loan provider Earnest recently analyzed the loan applications of tens of thousands people to uncover the average monthly sums people in the gig economy earn.

People renting out their homes or rooms on Airbnb is one of the most profitable ways to earn some extra cash, with the median monthly earnings coming in around $440. The next most profitable side hustle according to Earnest's study is driving for Lyft, which can net you an extra $210 a month.

Related: 50 Jobs, Gigs and Side Hustles You Can Do From Home

From selling your crafts on Etsy to delivering food to people in your neighborhood, there are a number of ways people are making money in the gig economy. Here are the median monthly earnings of these gig workers. 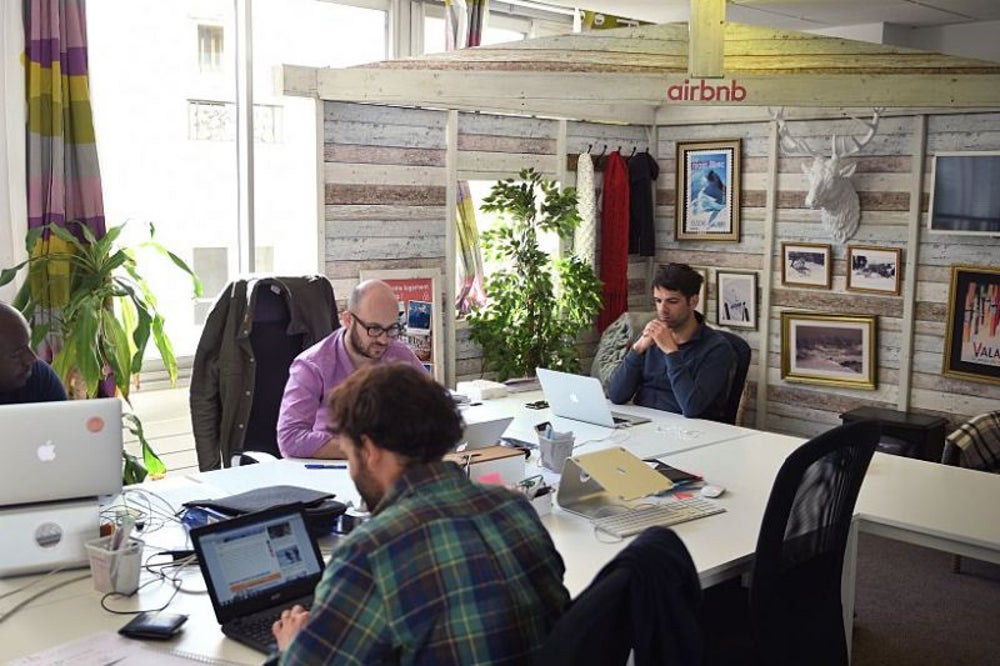 Image credit: Martin Bureau | Getty Images
If you want the most bang out of your buck in the gig economy, Airbnb is your best bet. The median monthly earnings for someone renting out their place on the home rental platform is $440. 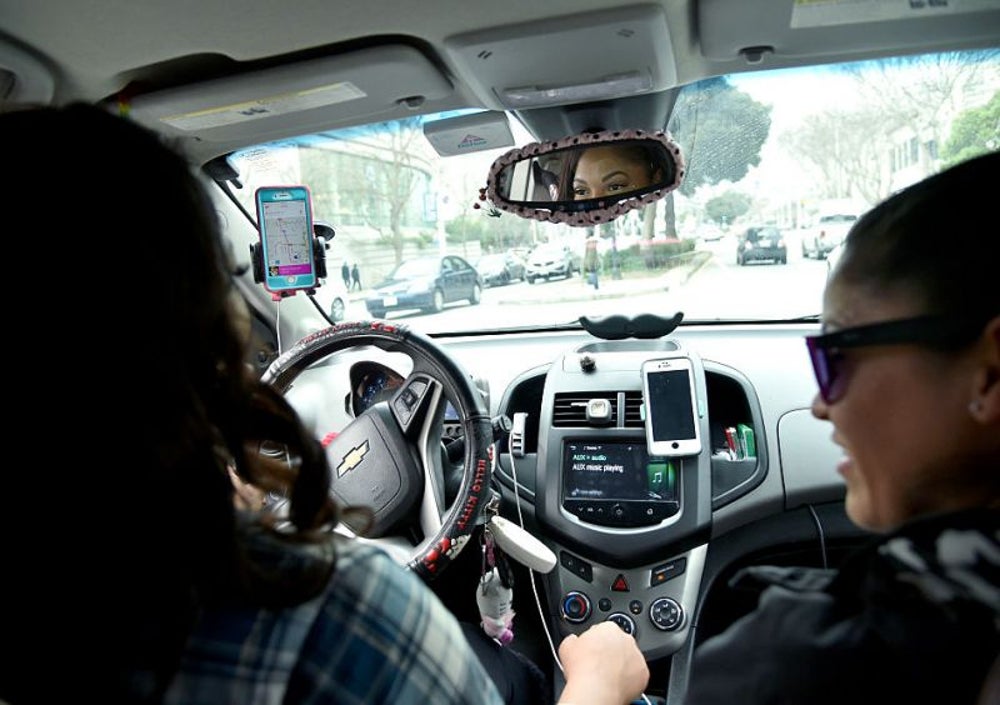 Image credit: Mike Coppola | Getty Images
If you don’t mind driving around the occasional chatty teen or partying college student, becoming a Lyft driver on the side isn’t a bad idea. Lyft drivers are the second highest paid workers in the gig economy, with a median monthly earning of $210. 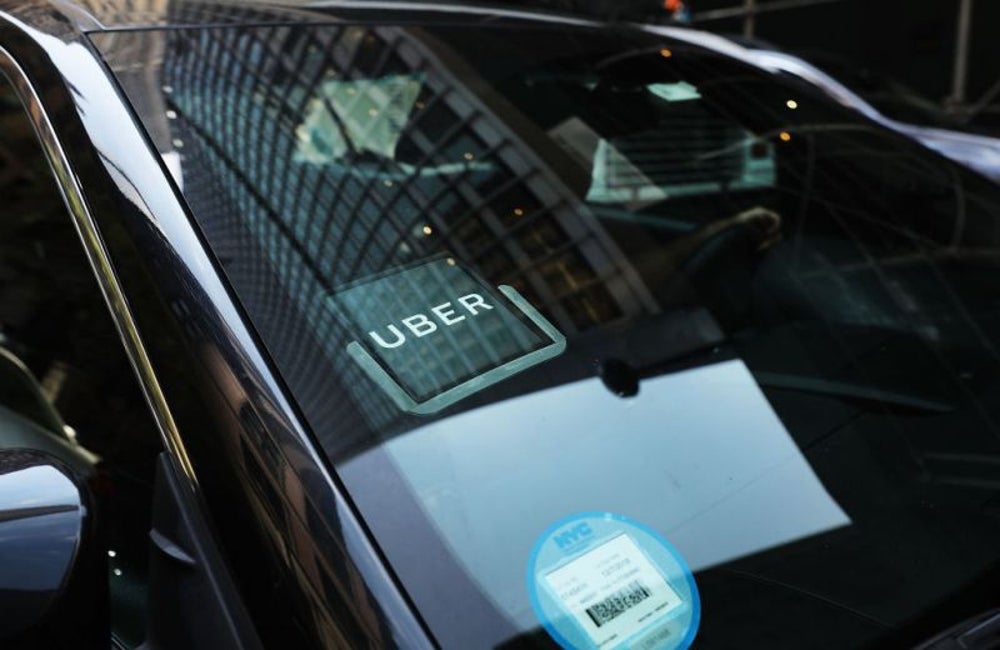 The next ride-sharing job to earn your some extra monthly cash is Uber. However, the average Uber driver makes $55 less than your average Lyft driver, with a $155 median monthly earning. 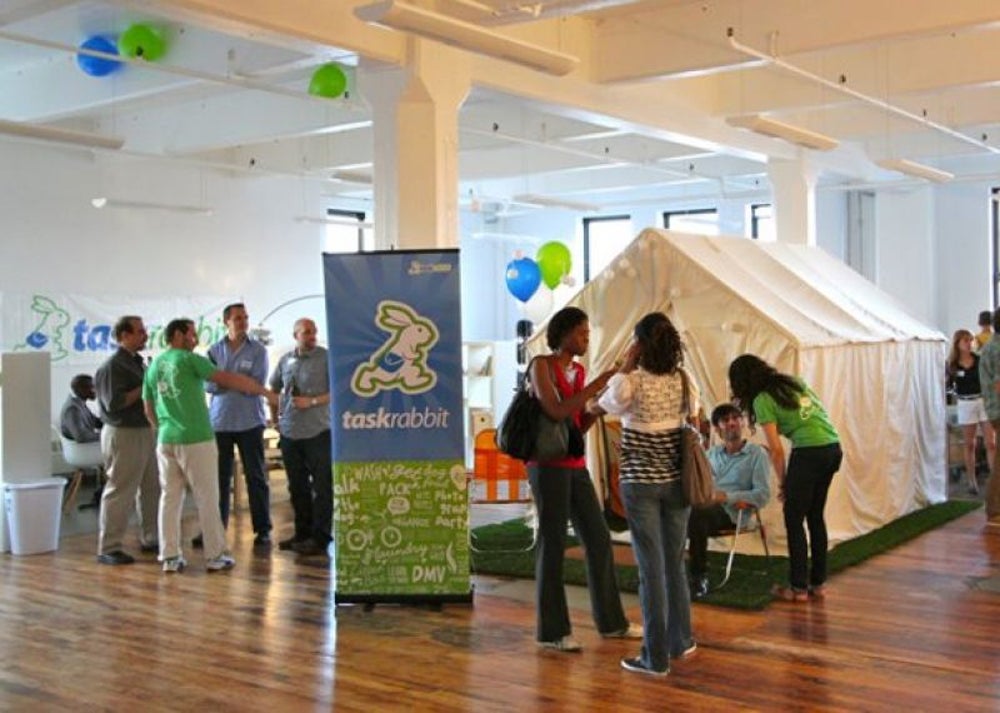 Image credit: TaskRabbit | Facebook
TaskRabbit, an online marketplace for tasks and services, is your next best bet to earn some extra cash every month. The average Tasker earns $110 a month, and that could be from a range of different jobs, including house cleaning, handyman work, moving services and more. 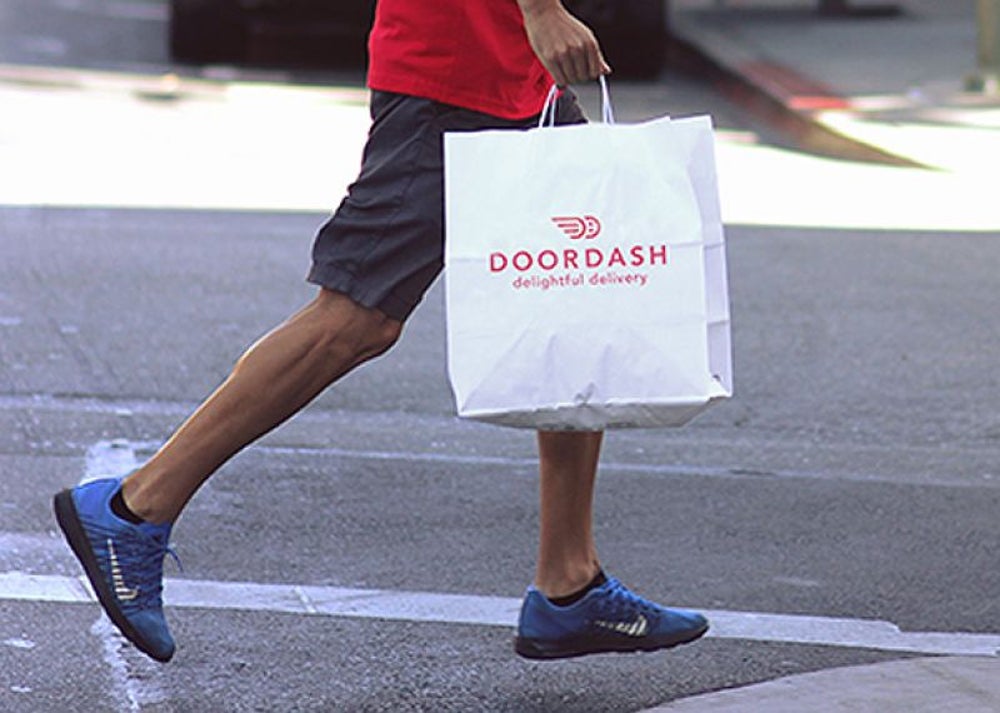 The on-demand restaurant delivery service DoorDash is another way people are putting some extra cash in their pockets. Delivering food from local restaurants to users around your neighborhood or city can bring in around $100 every month. 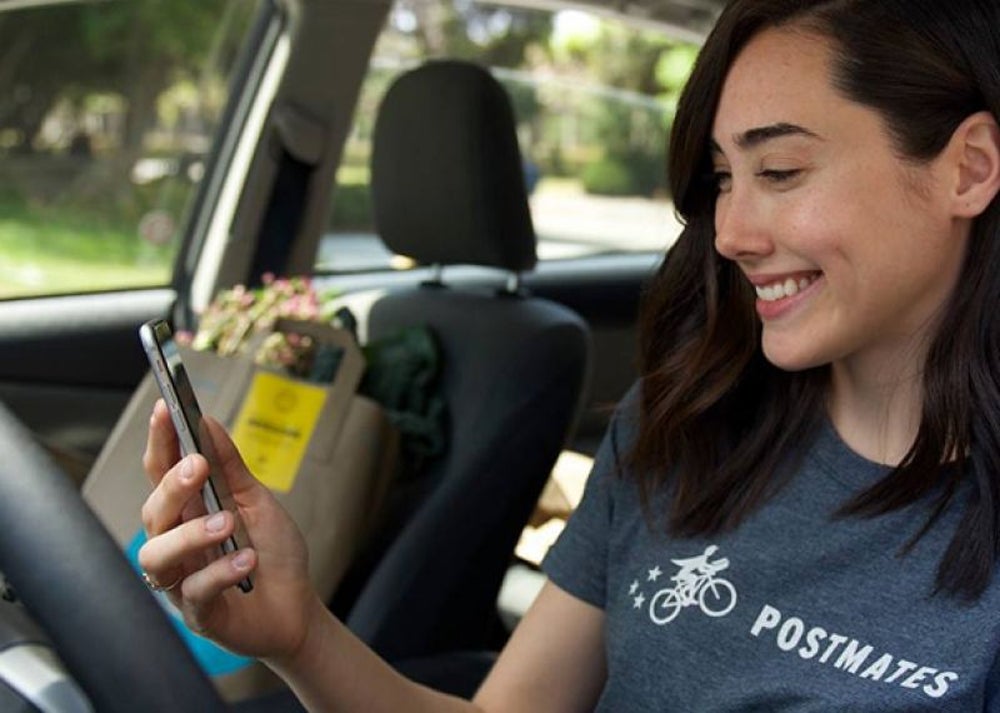 Image credit: Postmates | Facebook
Similar to DoorDash, Postmates also connects people with delivery jobs from local restaurants and stores around their city. However, the average Postmate gig worker makes less than your average DoorDash deliverer, with a median monthly earning of $70. 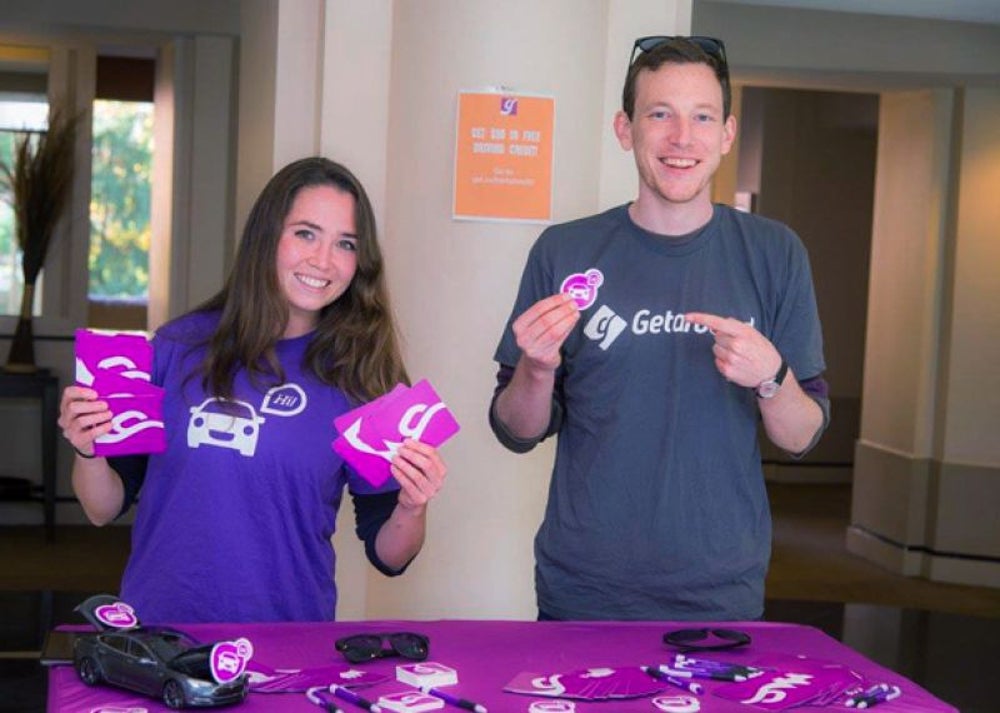 Getaround is an online car sharing service that lets people rent cars from private owners. While the job doesn’t require much work -- you just need a car -- it is helping some people in the gig economy make around $70 each month.

Related: How to Start a Side Hustle Without Quitting Your Day Job 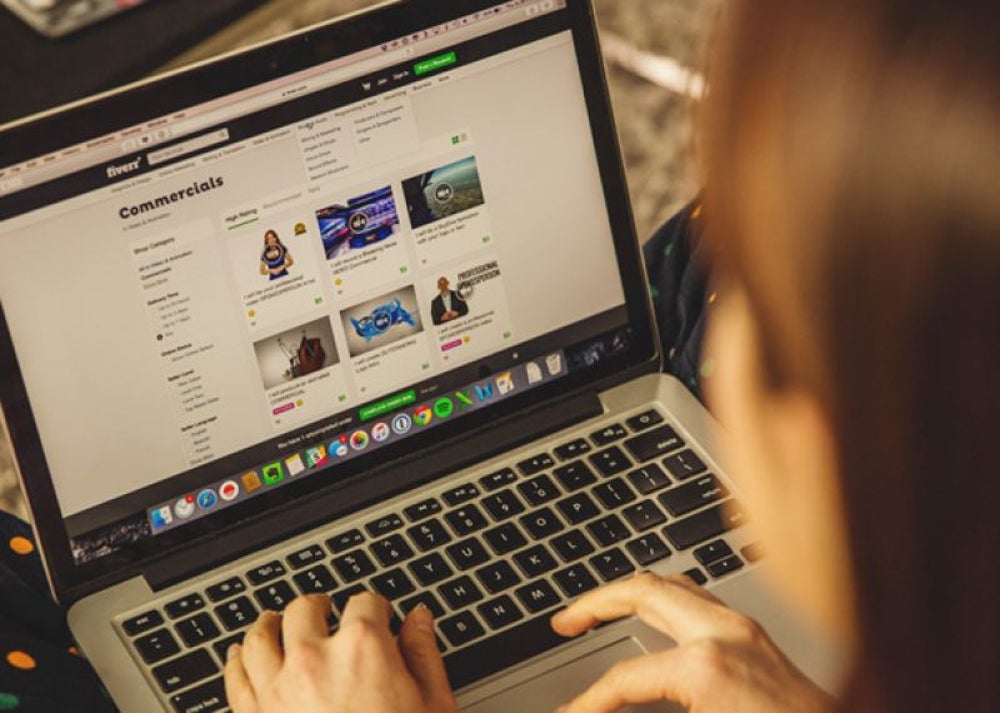 Image credit: Fiverr | Facebook
The freelancer marketplace, Fiverr, is another way people are earning a little extra spending money. On average, people who are getting jobs from the site are making $60 in median monthly earnings. 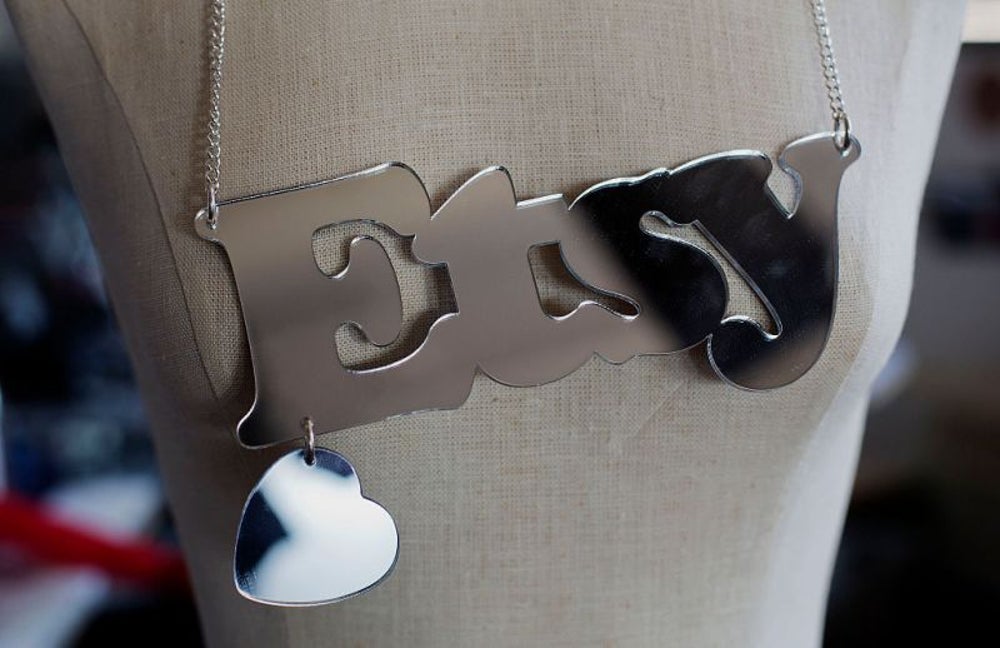 Image credit: Bloomberg | Getty Images
If you’re artsy, why not sell some of your creations on the community arts and crafts ecommerce site Etsy? While how much you can bring in fluctuates with what you’re making or selling, the average Etsy seller makes $40 every month.
More from Entrepreneur

44 Profitable Ideas to Make Extra Money on the Side

10 Lucrative Side Gigs for Millennials Looking to Earn Extra Money

4 Side Gigs You Can Start Today

10 Ways to Make Money While You Sleep