9 Ways Your Office May Be Killing You

You have been warned.
Next Article

The world is fraught with dangers, everyone. It’s true that if you dwelled too long on all the things that could go wrong once you stepped out your front door every morning, you'd probably never leave the house. However, when we do venture out, we spend most of our lives in offices.

While office life may seem staid and status quo at first glance, all manner of ills lurk beneath the surface. But here at Entrepreneur, we’re firm believers that knowledge is power. So we’re going to go right ahead and alert you to all the ways that your workspace is slowly killing you.

Sitting too much can lead to heart and stroke. 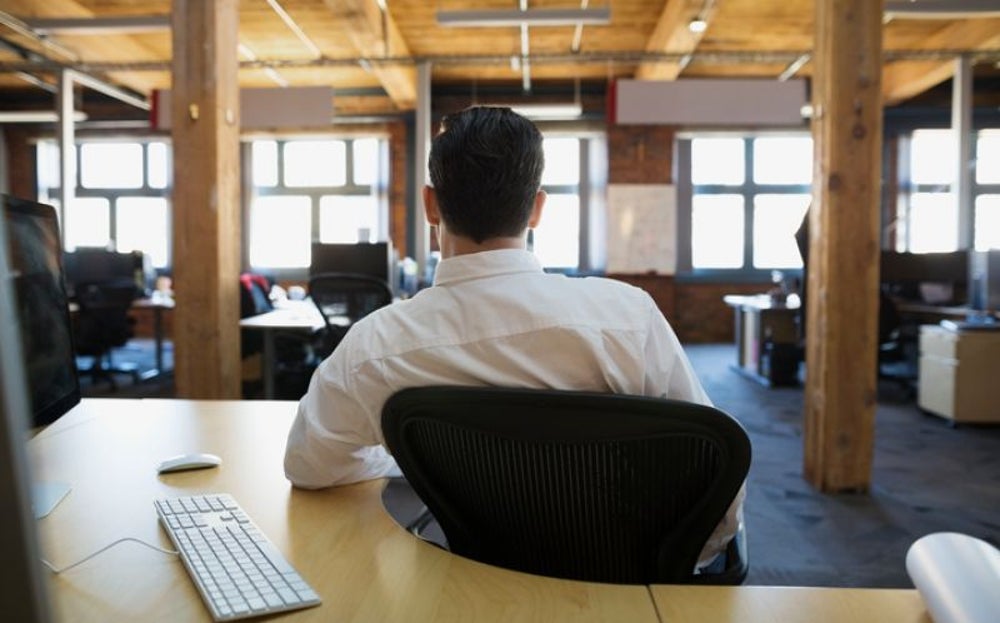 Sitting for too long is bad for your health, and according to the Mayo Clinic, it can lead to a number of issues including obesity, high blood pressure, high cholesterol and increased risk of heart and disease and cancer. According to a 2016 study, the longer you sit, the more at risk you are for heart attack and stroke. At 10 hours, your risk goes up by 7 percent, and it goes up by 13 percent after 12 hours.

Computer screens could be hurting your eyes -- and your sleep. 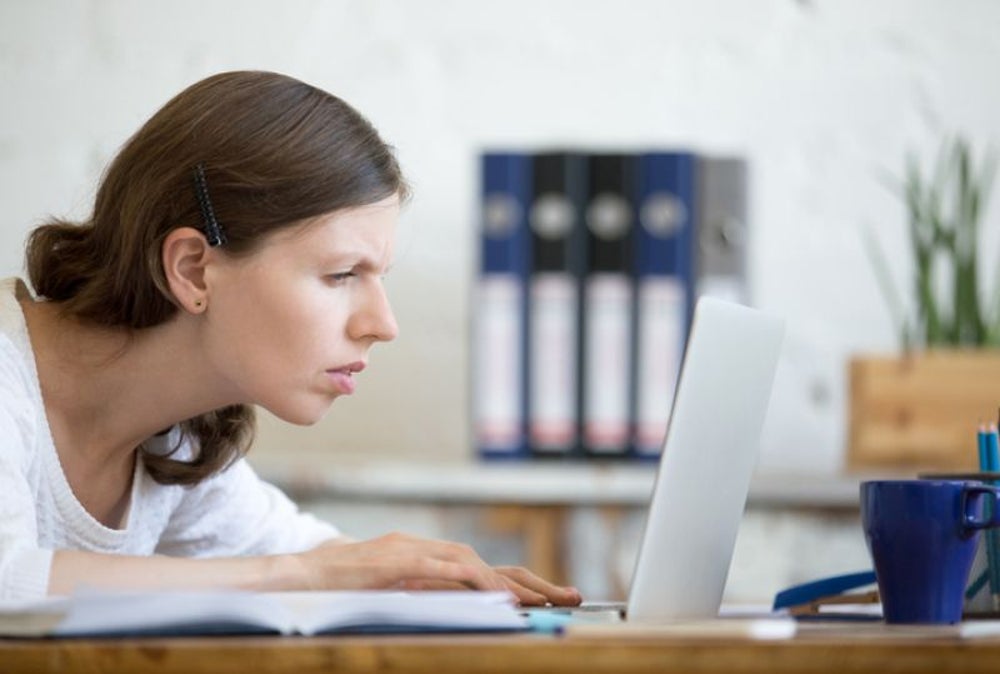 2012 data found that 64 to 90 percent of people who work in an office have computer vision syndrome, which manifests as strained, dry, red or irritated eyes, blurry vision and head and neck pain. Additionally, if you’re working late into the night on a tablet or computer, staring at the screen and the light emitting from it can inhibit melatonin production, making it harder to fall asleep.

Your office coffee mug may hold a disgusting secret. 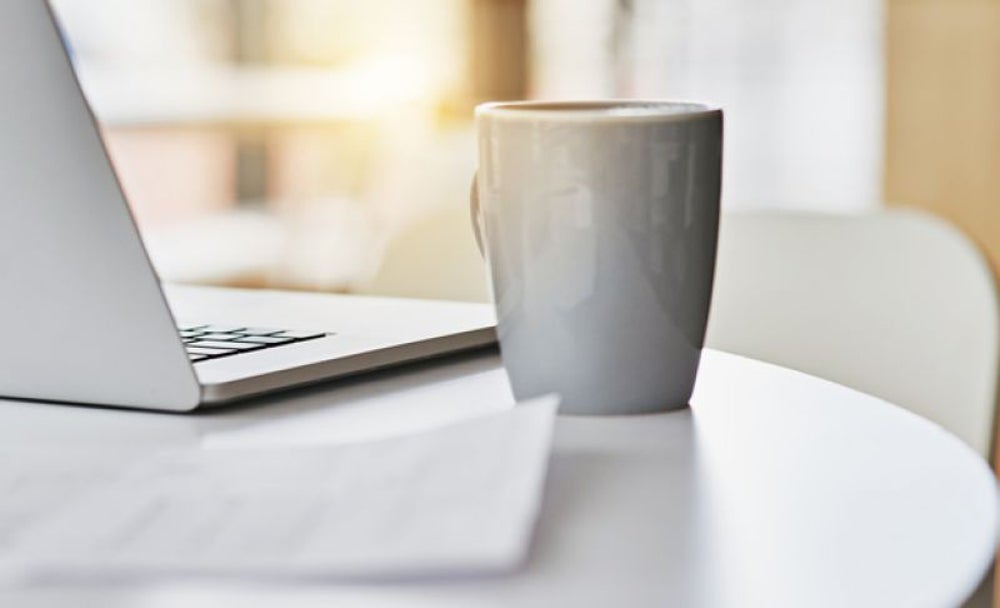 Do you have a pool of communal office mugs? A study found that 90 percent of office mugs are riddled with germs, and -- we’re sorry to tell you this -- 20 percent of them had fecal matter on them. Not only that, but you’re more likely to be exposed to E. coli bacteria if the mugs get cleaned with a communal dishcloth or sponge. 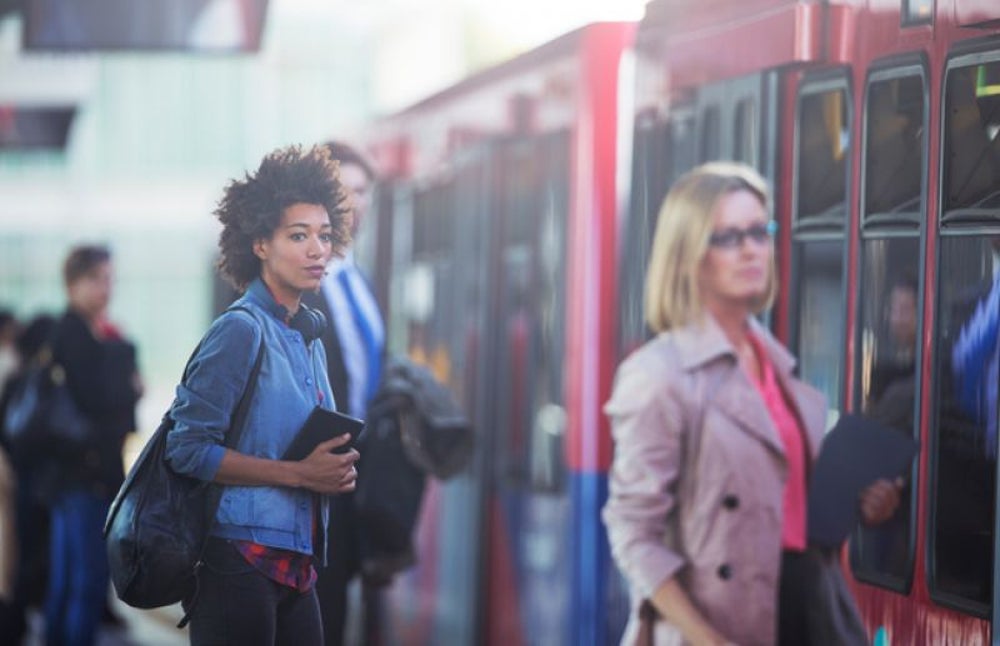 OK, this isn't exactly in the office, but is part of many people's routines. A recent study from the U.K. found that the longer your commute, the more your health will be affected. Thirty-three percent of employees with lengthier commutes were more likely to deal with depression and 12 percent more likely to feel stressed at work. The commute also affected sleep and weight gain.

Your office layout could be sapping your energy. 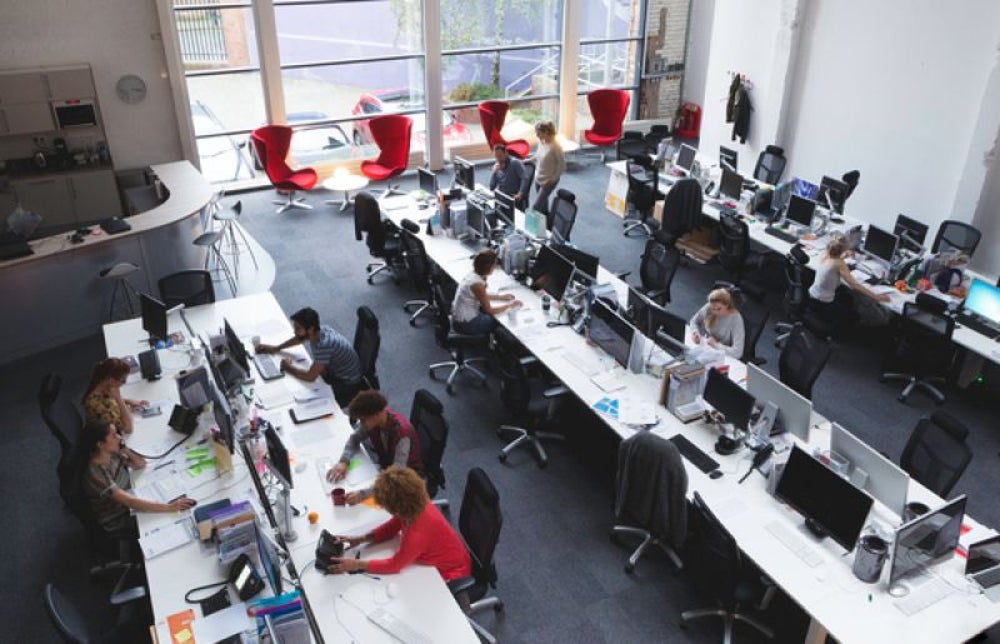 You may not even realize it, but the way your office is designed could be putting a damper on your health. A Danish study from 2011 found that people who worked in an open office plan had more sick days than those employees who did not.

Fluorescent lighting is straining your eyes. 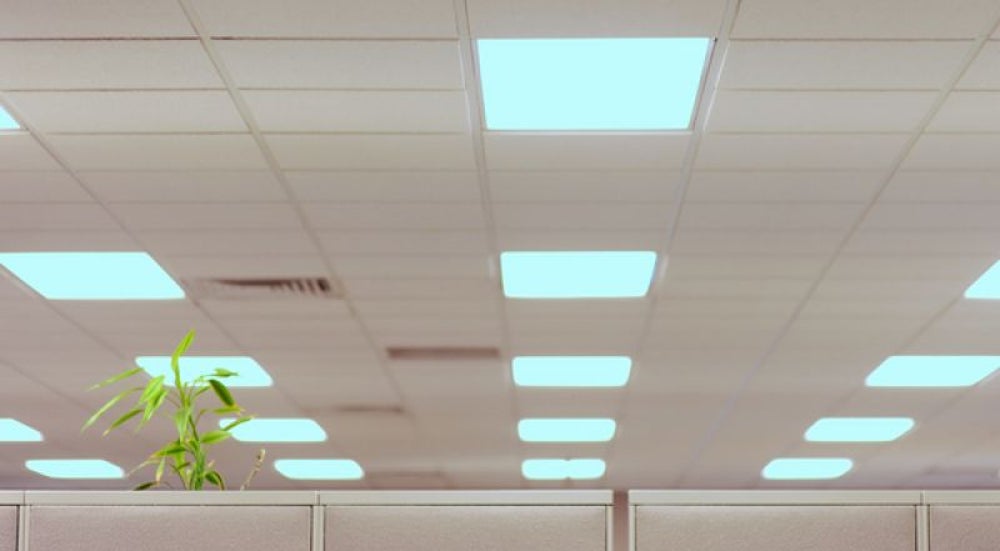 A 2011 study from Australia looking at the impact of the use of incandescent bulbs as a way to combat climate change found that the use of fluorescent lighting could lead to eye disease. In particular, it could increase UV-related eye diseases by up to 12 percent.

Long hours are bad for your heart. 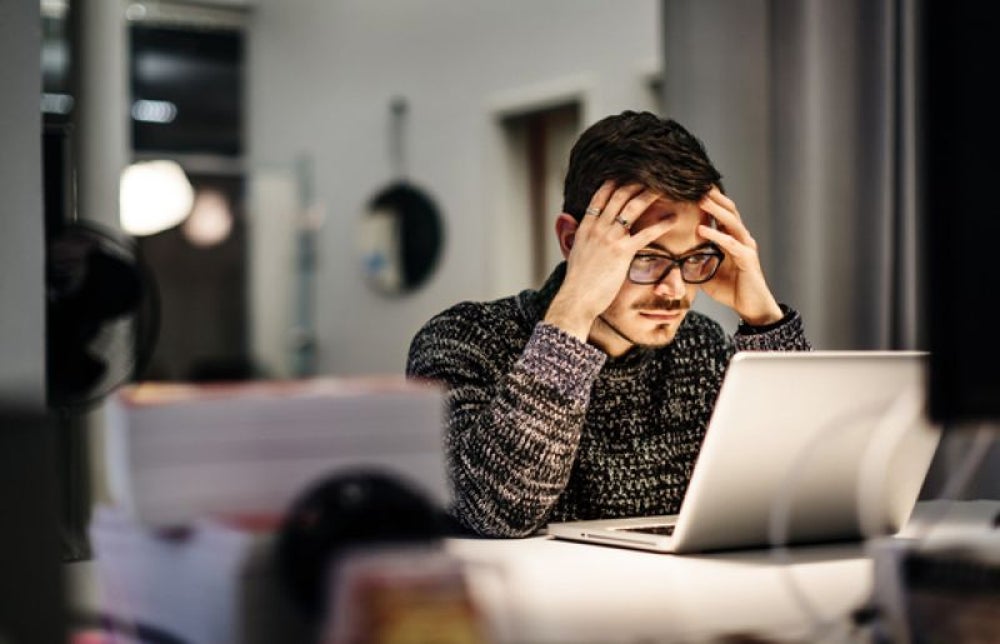 A study in the European Heart Journal found that you raise your chances to experience a heart attack the more you work every day. If you work 11 or 12 hours every day, you have a 60 percent higher risk of heart attacks and heart disease compared to those that work seven to eight hours a day.

Germ-ridden keyboards are worse than your bathroom. 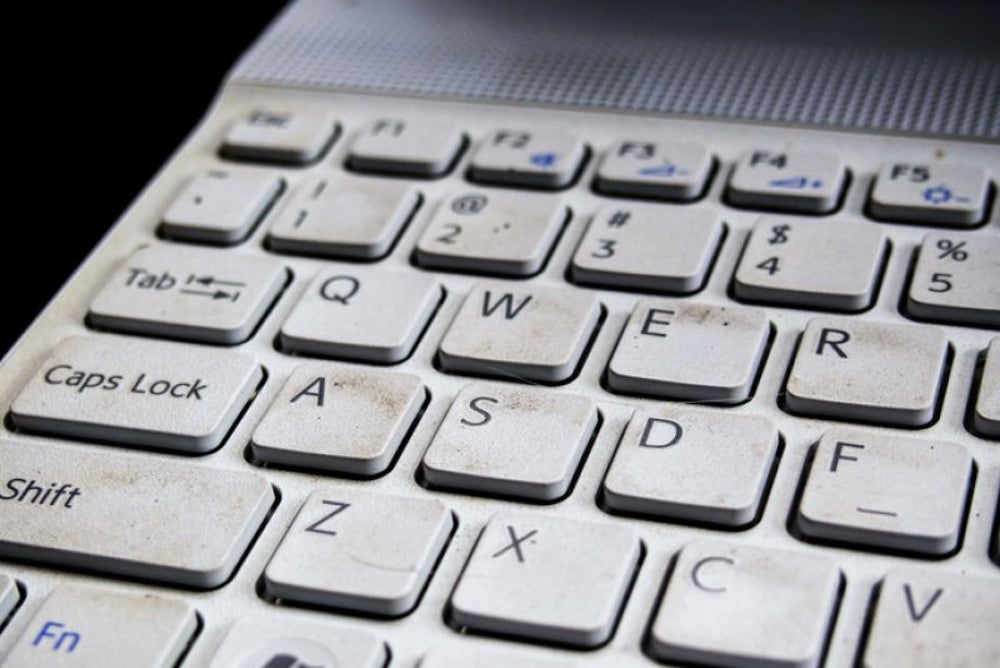 If the kitchen isn't safe, then apparently your desk isn't either. According to data from IT firm CBT Nuggets, an average office keyboard is home to 3,543,000 colony-forming units (CFU) of bacteria per square inch of space, which is 20,589 times more bacteria than the average toilet.

Processed office snacks are bad for you. 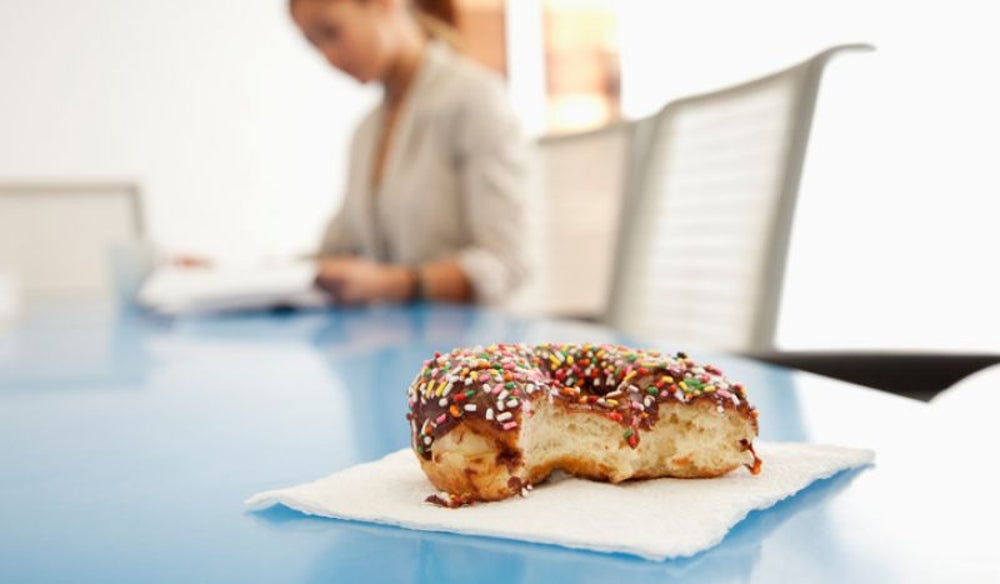 While it might be easy to grab a snack with fat or sugar to get a quick jolt, your improved focus won't last very long and it can actually change the way your brain works. A recent study looking at the effect of a saturated diet on rats found that eating that kind of food made them crave it more, and they didn't realize that they were full. It's also bad for your health -- the kinds of foods can lead to high cholesterol as well as an increased risk for diabetes and heart disease.

What Chadwick Boseman's Death Tells Us About Workplace Healthcare

7 Ways to Deal with Anxiety on the Job

4 Ways to Sustainably Boost Productivity and Performance Without the Spend

To Build a Strong Team, You Need to Address All of Your Employees' Needs