Her Brand Is Practically Millennial Bait, But This Entrepreneur Still Has to Overcome Steep Challenges

Linda Appel Lipsius is the co-founder of Teatulia, a brand that may as well be millennial bait, but challenges abound.
Next Article

Linda Appel Lipsius's company offers a product that may as well be millennial bait: it's tasty, all natural, has compostable packaging and even has a social mission behind it. Seems like branding gold, right? Not so fast. The problem is that the product is bagged tea, and most Americans only drink tea when it's cold and bottled.

"Tea is growing in grocery and food services, but when you think about it, especially hot tea, it's still a grandma drink," says Appel Lipsius, co-founder and CEO of Denver-based B-corp Teatulia, a company that distributes bagged hot and cold teas. "It's something you sip, it's something you have when you're cold. With its reputation, it's got a ways to go."

Related: This Former DJ Bootstrapped His Way to Selling Kimchi in States Across the U.S.

And while more than half of Americans drink tea every day, totaling about 3.8 billion gallons in 2016, about 80 percent of that consumption comes in the form of iced tea, according to Tea Association of the U.S.A. The group says most of that tea is in cans and bottles.

This matches the reality that Appel Lipsius experiences every day, and speaks to her company's top challenge.

"Our biggest challenge is probably just sort of the basic understanding of tea," she says. "Most people don't even understand that tea comes from a plant. I ask people if they're tea drinkers -- 'no.' Then I ask them if they drink iced tea -- 'oh yeah.' It's the same thing. American consumers don't make that connection that iced tea is tea."

But as mentioned above, Teatulia has a lot of elements that work in its favor, and Appel Lipsius's background is steeped in entrepreneurship. Her parents are the creators and founders of Orange Glo, makers of the eponymous cleaner as well as OxiClean and Kaboom. (You may also know the company for its infomercials starring the late Billy Mays.) After working at nonprofits, Appel Lipsius ran the company's European operations until Church & Dwight, the company behind Arm & Hammer, acquired Orange Glo in 2006 for $325 million.

Appel Lipsius was then looking for her next opportunity.

"I kind of fell into this business," she says. "I was not a tea geek."

Related: Learn How One Simple, Yet Unexpected Change Helped HelloFresh Boost Its Sales

On the other side of the world, in Bangladesh, Kazi Shahid Ahmed wanted to open a business that gave back to the land and the people, according to Appel Lipsius. So he opened a tea garden. But unlike the terrible conditions of workers in the tea industry, Ahmed sought to do things differently. This is where the social aspect of Teatulia comes in.

The tea farm only employs women, pays them 36 percent above the industry standard and, to give you a sense of how dire worker conditions in the tea industry are, they can go home at night. It also provides education for the women and their children. Since the garden is organic, it also uses cow dung as a natural fertilizer. And the way it gets the fertilizer is interesting: the garden loans cows to women in the community, who then have fresh milk and in exchange hand over the dung.

Back in the U.S., Ahmed's son Anis met Appel Lipsius's husband years ago in a New York City bar. When seeking an American partner for the tea business more than 10 years, the younger Ahmed asked Appel Lipsius.

Related: Win-Win: This Founder Is Using Extra Restaurant Food to Feed the Needy -- and Save Businesses Money

Teatulia products are available in stores such as Kroger, Safeway, Foodtown and Wegman's, on college campuses and in certain restaurants. The company has seen its retail and grocery distribution increase by about 30 percent in 2017, and its food service business has grown on average by 50 percent in the past two years.

Click through the slides to see Teatulia's ingredients for success -- and what you can learn from the company.

See your business as a blend. 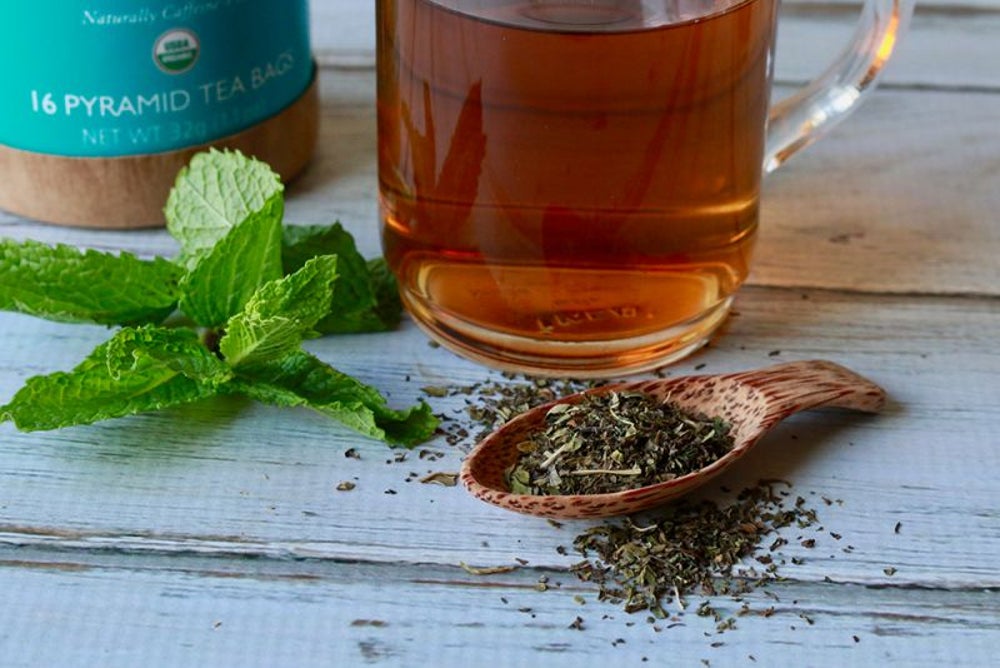 You can buy Teatulia's products in food stores, but a lot of people's first exposure to the brand may just come when they're dining out at a restaurant, such as City Bakery or Birdbath Bakery, or in their college's food hall, including the University of Michigan.

The brand also sells on Amazon as well, but Appel Lipsius sees that as an opportunity to expand distribution and enhance product awareness.

Show people the value of your product. 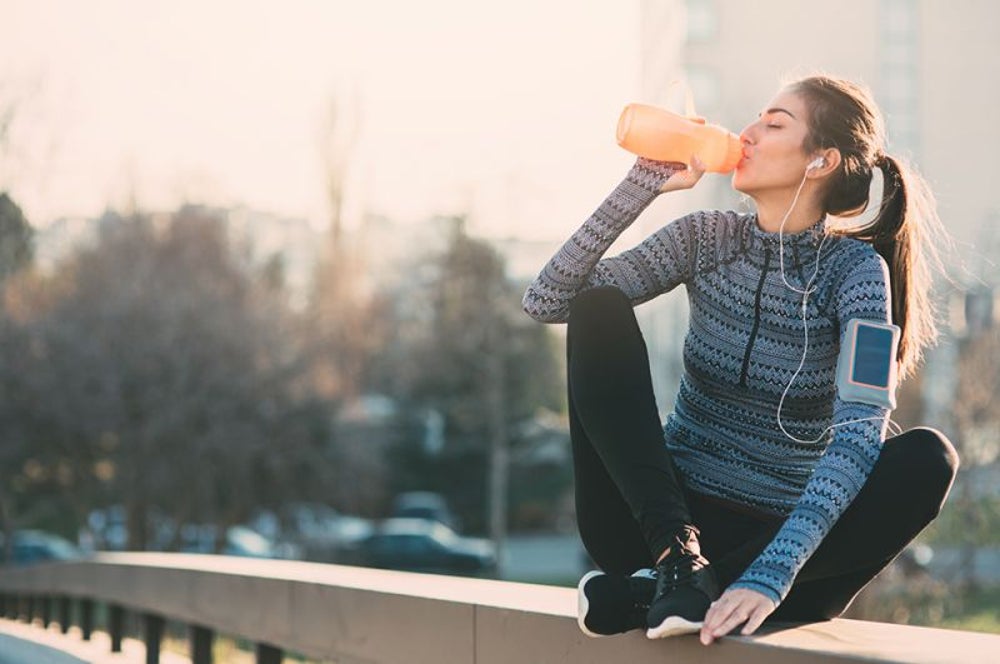 Not only did Appel Lipsius's parents found and run Orangle Glo, her dad actually created the formula for the namesake product. One key thing she learned from him is that you have to show off and prove your product's worth directly to people and get their reactions. If you recall, Orange Glo's famous infomercials showed consumers how well the product works.

"You got to tell the story and make it interactive and alive,” she says.

But in today’s world, Appel Lipsius needed to think beyond television. “When we started doing Teatulia, the first thing we did was go to farmer's markets, and through that, we were able to refine our messaging and our positioning. “We have a lighter, less intimidating way of talking tea. I think this invites more people in, as tea can be a very confusing, intimidating world."

Live events continue to play a role in how Teatulia gets its products out to customers. The company still conducts demos in markets as well as athletic events such as marathons, yoga sessions and outdoor adventures.

"Once people hear the story and 'get it in their mouths,' they are usually on board," she says.

It's vital to go where your customers are and then to make sure they actually understand the value of your product.

Related: The One Thing This Entrepreneur Does Each Day to Stay Productive 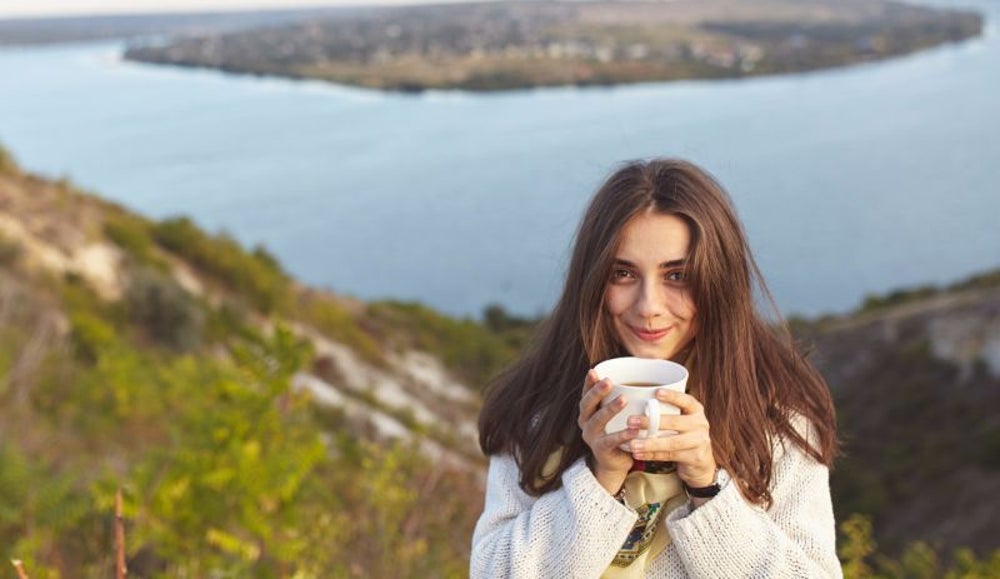 Tea or coffee? One doesn’t need to be at odds with the other.

"I think us trying to pry people off of coffee is next to impossible,” Appel Lipsius says. “I am an avid coffee drinker in the morning. I've no interest in giving it up,"

In fact, Teatulia operates a tea bar that serves coffee, which goes to show that if something isn't competing with your product, it can very well complement it.

"It's still so foreign and new for people that it's got to be presented in an appealing way that is worth learning more about it," Appel Lipsius says. "You present it that way and it's interesting and sticks. We love coffee shops because that is where people take time with the teas -- it is the focus of the visit."

The company is also experimenting with tea sodas, which is another avenue to educate people about tea and could very well be their "gateway" to tea consumption.

"You have to find an easy way that they're going to try it or do a concoction where someone who's not a tea drinker gives it a try," she says.

Educate your partners so you both win. 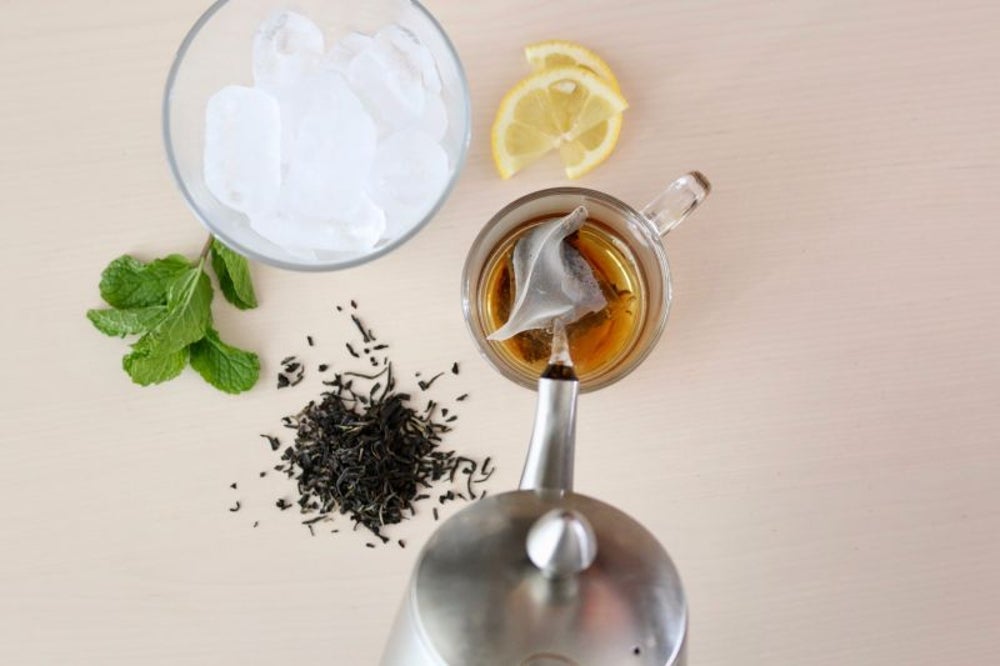 Many eateries don't actually serve iced tea, Appel Lipsius says. Instead, they have shelf-stable extracts meant to resemble tea. So as part of its sales pitch to restaurants, Teatulia stresses that it offers a premium product, but that it won't change what staff is doing already.

"Tea is the highest margin item on the menu at a restaurant -- it's like 98 percent margin," Appel Lipsius says. "So you can put in a significantly superior product with a great story that's organic and you don't feel any pain vs. upgrading to grass fed beef."

Essentially, these eateries can offer a better beverage, and servers don't have to learn new skills. They just steep the bags or prepare the brewers as they always did, and customers walk away feeling better about their dining experience, she says.

Related: Bottom's Up: How a Kombucha Bar Took Root in Virginia 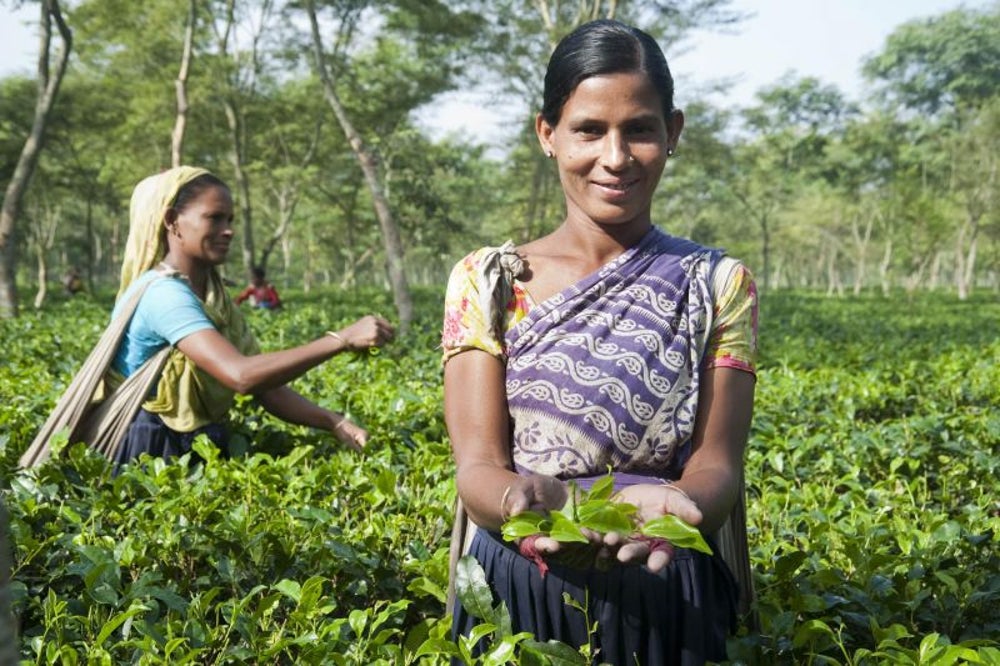 All Teatulia products are packaged in compostable materials. This actually led to the deal with University of Michigan, which has a 100 percent compostable mandate.

Also, Teatulia's Energy line, which can be brewed in cold or hot water and is pre-sweetened, comes in canisters.

"At retail, you have a couple seconds to make an impression, so these canisters are a big part of our marketing," Appel Lipsius says. "Whether you pick it up and read the story or not, [you know] we speak with a different tone of voice."

Why are these environmental packages so important to the company?

"It just goes back to the garden and how it was conceived. It's totally natural, regenerative farming, it was just kind of paying homage to what my partners set up," Appel Lipsius says. "Making sure that the story and the complete commitment to doing it right at the garden that we carry that through to what we do over here. It's such a dirty industry that we're sort of out there to set the bar, hoping that we'll start to inspire some changes."