Why the TSA -- Yes, the One at the Airport -- Is Actually Amazing at Instagram

The government agency has 800,000 followers and counting.
Next Article

Between the stress and the boredom, there is nothing quite so stultifying as waiting on line at the airport.

Bob Burns, the lead social media specialist for TSA Public Affairs and mastermind behind the account, attributes the agency’s social media success to a combination of outlandish photos of confiscated items, useful travel tips and introductions to the adorable four-legged members of the K9 units.

It also reminds travelers that the TSA is staffed by public servants with a sense of humor -- who are doing their best to keep people safe. “It shows people that we are human," Burns tells Entrepreneur. "We're not just the federal employees in the bowels of some dark government building. We're real people.”

So what can entrepreneurs learn from the success of a government agency on social media? Quite a lot, when it comes to changing the conversation about your reputation, using the resources you have at your disposal and approaching everything with a sense of fun

Related: This Instagrammer With More Than 2 Million Followers Literally Cooks Her Content

We started the blog in 2008. Then around 2011 we started posting a week-in-review post. In that post we do a rundown of the different items our officers have discovered at checkpoints across the nation. That turned out to be pretty popular with people. People liked all the photographs.

I was using Instagram personally in 2012. I thought that it would be great for TSA to have an Instagram account where we could share the same images we're sharing on the blog. Same idea, different demographics and we'd be putting the focus on one image instead of a whole post full of images. In 2013, I simply asked my boss if we could launch an Instagram account. I put up a few posts and it just took off from there.

I thought a lot of our content is quirky and that it would go over well on Instagram and it would give us a way to educate and inform as well as entertain our followers. I know we're not in the entertainment business but that's one of the ways we get people to read our content. Otherwise aviation security is pretty dry. Nighttime reading if you want to catch some zzz's. To be able to add some human flavor to it really takes it a long way.

What other platforms do you use and what percentage of the time do you spend on them vs. Instagram

We post a variety of things from some prohibited items that we discover in people's bags to travel tips. We actually advertise for our customer care program, which is Ask TSA. So people figured out to just send the photograph without even asking the question. We could just say, "Yes, this can fly," or "No, it can't."

Well some of these photographs have been pretty interesting. So if it's an interesting one that I think can generate some discussion, I'll do a screenshot and I'll answer the question. Usually in humorous fashion and then I'll post it on Instagram at the same time. It varies based on the content we have on whatever strategic calendar for that week or month. The week-in-review blog post takes most of my time.

It takes a lot more time to get that prepared than it does an Instagram post, but a lot of my content for Instagram comes from the preparation of the blog. That's where I end up getting a lot of my content. The way we get the content is, we don't have officers in the field with cameras taking pictures and uploading them -- that would be a nightmare. But what we do have is we have incident reports. If there's a significant item -- not like a small pocket knife but like a large knife or gun or some of the other crazy things you see on our account -- those generate incident reports and attached to the incident report is a photograph. I get a report of these every week, and I'm able to just cherry pick from the best of the best.

Related: This Former Marketing Director Quit Her Job After 7 Weeks of Posting Amazing Animations on Instagram

How much of your time do you devote to it?

I could get probably 30 or 40 incident reports a day but usually what I do is I wait until every Monday and get the previous week's reports and I'll run through them. And that's what I gather all my content. It could take two or three hours to go through it all and sometimes the picture is not attached to the report, so I've got to reach out to the TSA office at the airport and see if there were photographs. That can be a little time-consuming. But it's usually worth it.

How do you promote your account? What's your number one way to gain followers?

Other than having a link on our web page, we'll send out a tweet that asks, "Hey, did you know about our Instagram account?" It's been a steady build. At one point we were at 400,000 and then we got interviews with [several news outlets] at the same time. That kind of stuff really really boosted our numbers. Other than that it's organic.

Our overall strategy is to educate, inform and entertain. In 2016, we had an average of 2 million travelers a day coming through TSA checkpoints. We're not going to reach all those travelers, but the ones that we can reach out to, if we can educate them and prepare them before they get to the checkpoint. It not only makes their lives easier and less stressful but it does the same for our officers. it makes their jobs easier. So in the end it helps you get to the gate faster. And of course inform, especially if we have any kind of new procedures or policies coming down the line.

Related: How a Spur-of-the-Moment Photo Led to This Couple's Iconic Work Being Featured in Times Square and Around the World

Grab people's attention with maybe something offbeat that you wouldn't expect a government representative to say. So I usually try to start off with a painful pun. I'm a father of two. So I constantly practice with my jokes. I like to start off with something corny. I'll talk about what we found there where we found it. And then I always like to give the travel advice as to if this item is permitted in checked baggage but it's not allowed in a carry-on. You know I always try to be entertaining and informative. There's a couple things we don't joke about. We're usually pretty straight-laced with anything having to do with explosives or firearms. Everything else we have fun with.

My trick I guess is just not only to use the humor to grab your attention but I'm very selective on picking photographs. I want to find items that are interesting. We don't always get all the photographs because you know a lot of the pictures are being taken with cell phones in low lit situations. It's coming from the field and someone is snapping a quick picture for an incident report. It's not like we have a DSLR camera with a tripod. So sometimes I've got to be pretty creative with the stuff I that. It's usually more about what the pictures of rather than the quality of the photo.

How do you set yourself apart from others on the platform?

I think it's a shock value for a lot of people. It's a government account with a sense of humor, which is rare. It's a government account with a personality and so many people are used to the nameless robotic, boilerplate speech. We try to distance ourselves from that. And I think that it's the shock value of the way we deliver our message as well as what we're finding. A lot of people, until they started following us, had no idea that we were finding on average 70 firearms a week.

Related: How This Man Made the Leap From Artist to Entrepreneur

What advice do you have for other Instagram influencers or people who want to build brands on the platform?

I would definitely say, first off just because somebody has a successful Instagram account doesn't mean that everyone should have one. If a business is considering, they should have a few things. First they should think, OK, do they do they need to change the conversation? Do they have some information that's interesting that people need to know? But more importantly, do they have the content that will help them deliver that message?

Those are the things they need to consider before they launch. And more importantly, you have to have the person or people that are running it, you can't just grab somebody and say, "Hey, this is your job now." You've got to you've got to kind of feel it out and find the person that has the eye for capturing images and has that has the ability to get the message across. 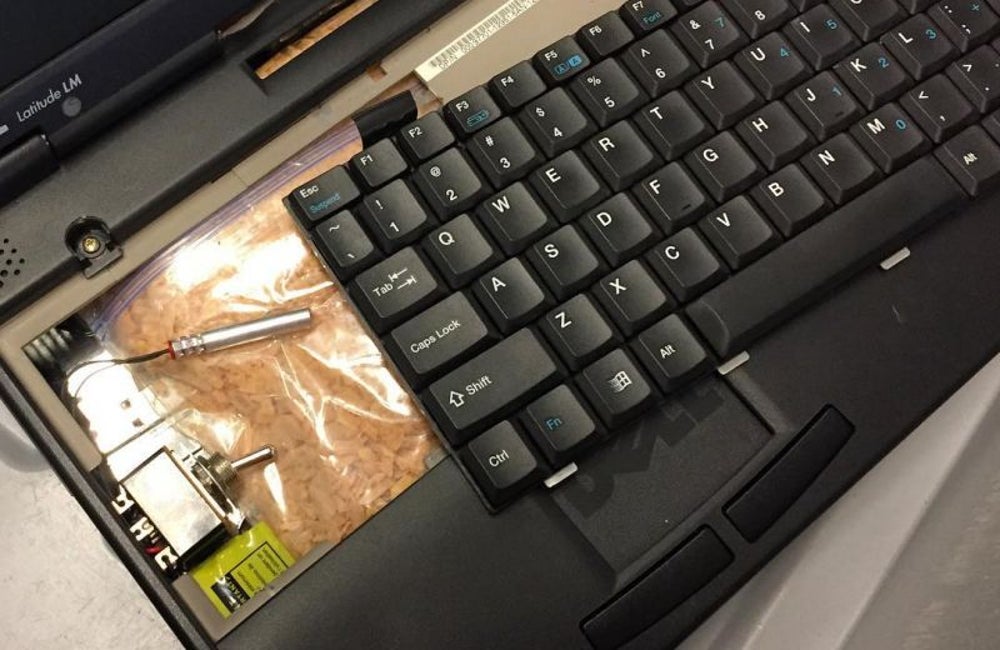 We used this image of a laptop to help travelers better understand why we take a closer look at laptops. This was created by TSA Explosives Specialists to be used as a training aid 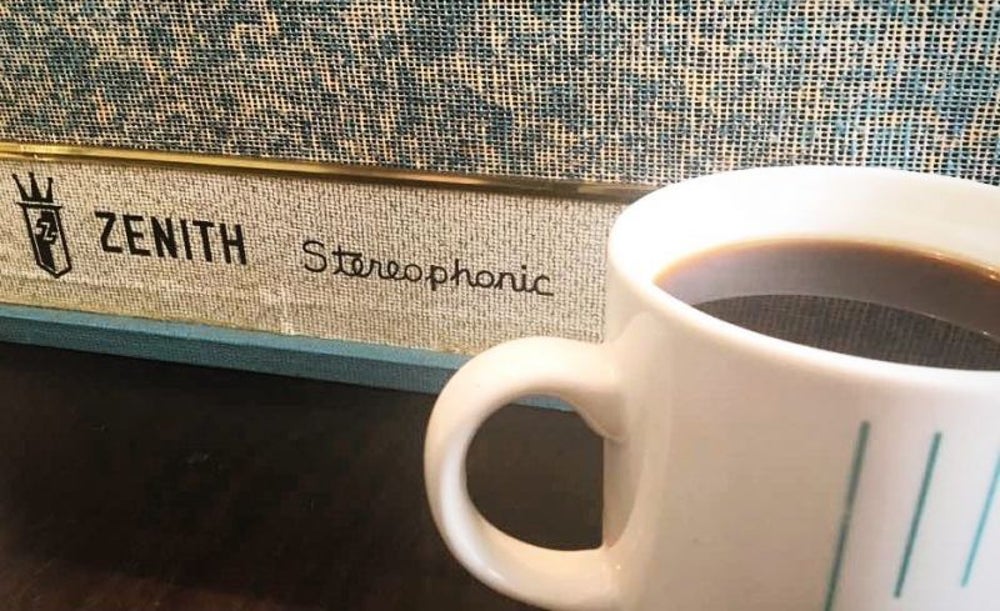 We like to jump on the hashtag train if we can tie the hashtag in with aviation security. It not only educates travelers, it also exposes our account to many Instagram users that didn’t know TSA had an account. In this case, it was national coffee day, so I took a picture of my cup of coffee next to a vintage turntable I had just bought. 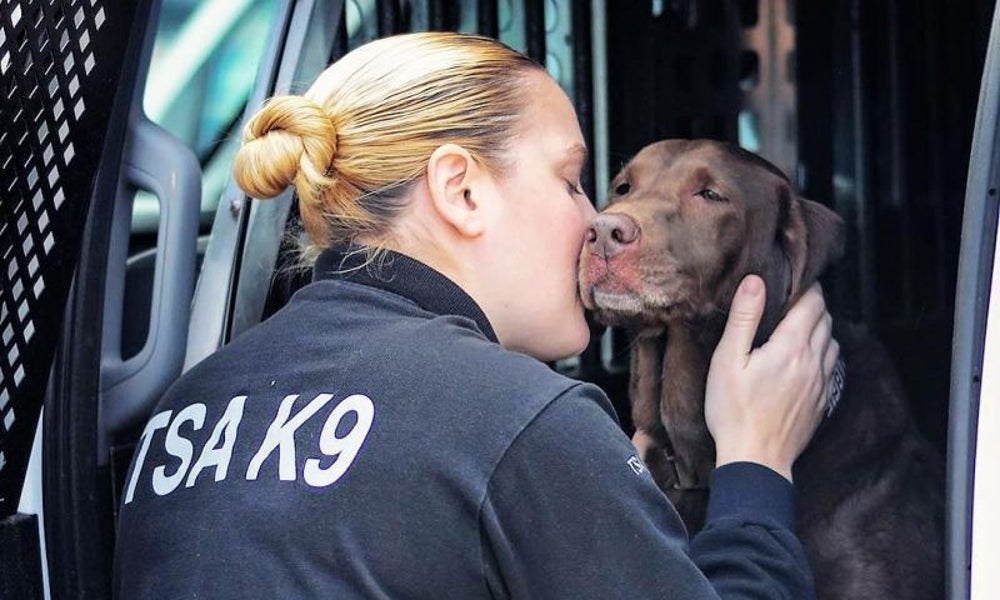 We love showing off our explosives detection canines. We also love showing the human side of our agency. This picture sufficed for both. 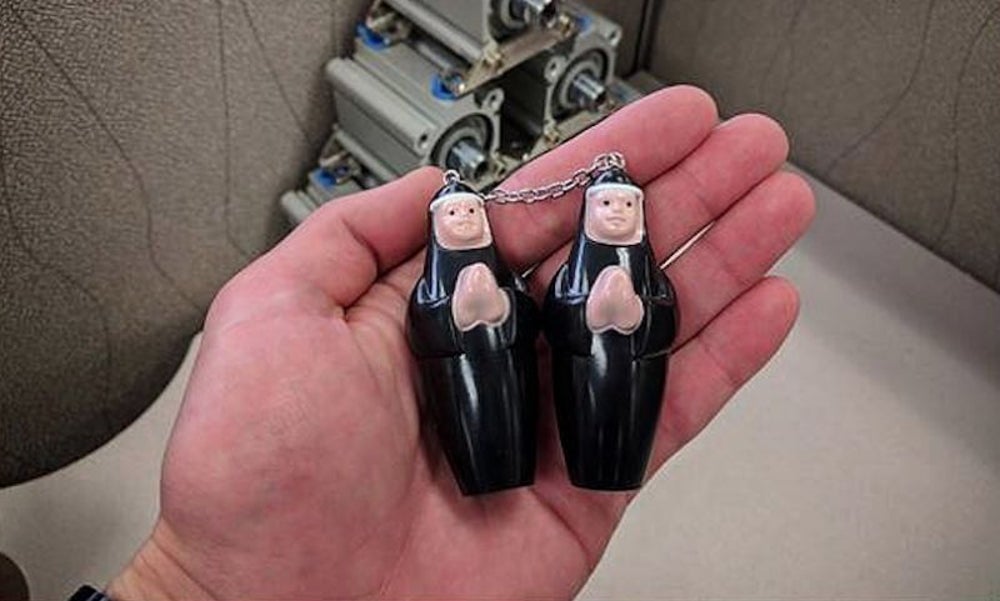 We often take screenshots of images that people submit to our AskTSA team. We can have a little fun with the caption as well as let our Instagram followers know about AskTSA. The posts have been very successful. 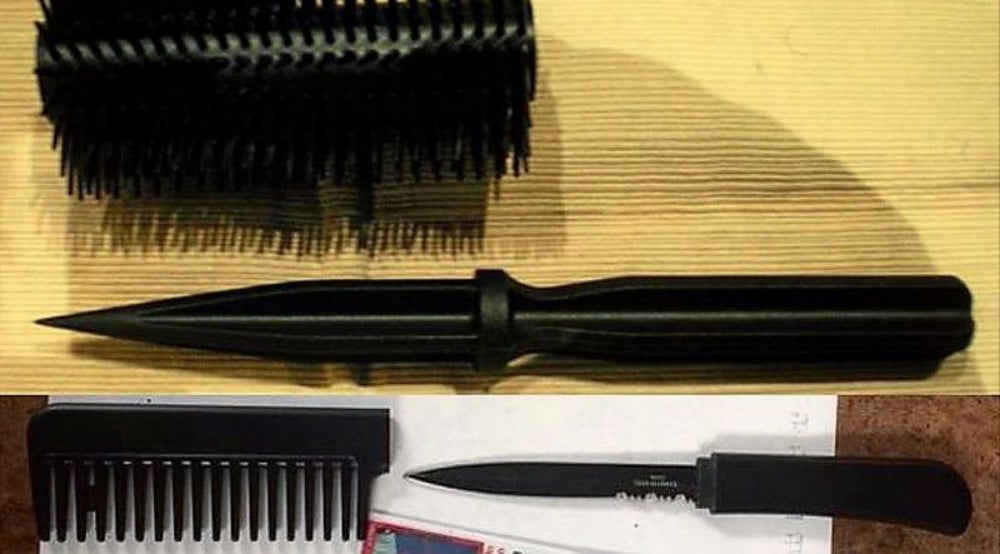 We showcase a lot of the more noteworthy items and have a lot of fun with captions. It allows us to inform, educate, and entertain our travelers and change the conversation from “I can’t believe how long the TSA line was” to “Wow, did you see what TSA found? I don’t mind waiting in line if they’re keeping that off of the plane!”

'Influencer Fraud' Costs Companies Millions of Dollars. An AI-Powered Tool Can Now Show Who Paid to Boost Their Engagement.

Busy Philipps Shares the Mindset That Pushed Her to Success