12 Crazy Things You Should Know About WeWork, the Coworking Company Valued at $20 Billion

The company started in New York in 2010 and is now in 56 cities in 18 countries.
Next Article

If you live or work in a big city, it's likely that you have stepped inside one of WeWork's 178 locations, because either that's where your office is or you know someone who works out of one. If you're not familiar with WeWork, its core business is renting out shared office space to clients that range from individuals in need of a desk part time to companies looking for an alternative to a multi-year lease.

The company seems to be everywhere these days. Last year, it launched dorm-style housing called WeLive, and it recently added a fitness center called Rise that costs $180 per month to join. The company bought the iconic Lord & Taylor building on Fifth Avenue in Manhattan for $850 million. It's also opening a second headquarters in San Francisco.

WeWork, which was founded by Miguel McKelvey and Adam Neumann, was recently estimated to be worth $20 billion and in August 2017 got a $4.4 billion infusion from Japanese giant SoftBank. Some investors and analysts question whether it's just a fancy real estate holdings company, but the company argues that its business is more than that, given that it enables culture and collaboration. Meanwhile, it collects data on modern work, which it uses to shape its spaces.

Click through the slides for some crazy facts and figures (provided by the company and other sources) about the co-working behemoth WeWork. 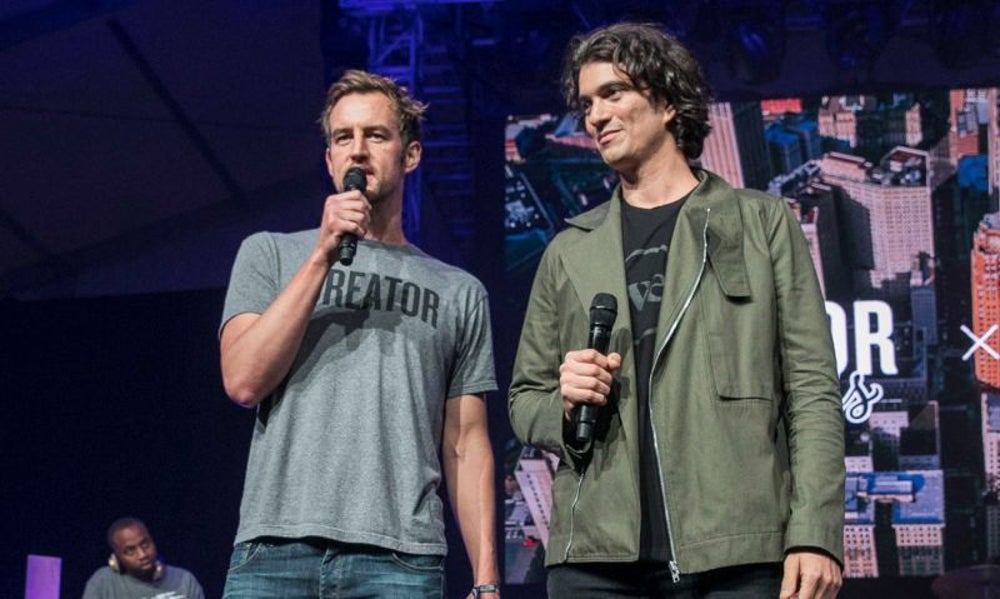 Both of WeWork's founders, Miguel McKelvey and Adam Neumann, grew up in cooperatives, with McKelvy raised on a commune in Oregon and Neumann on a kibbutz (farming community) in Israel. This may explain why they founded a coworking company, where a collaborative environment is key. 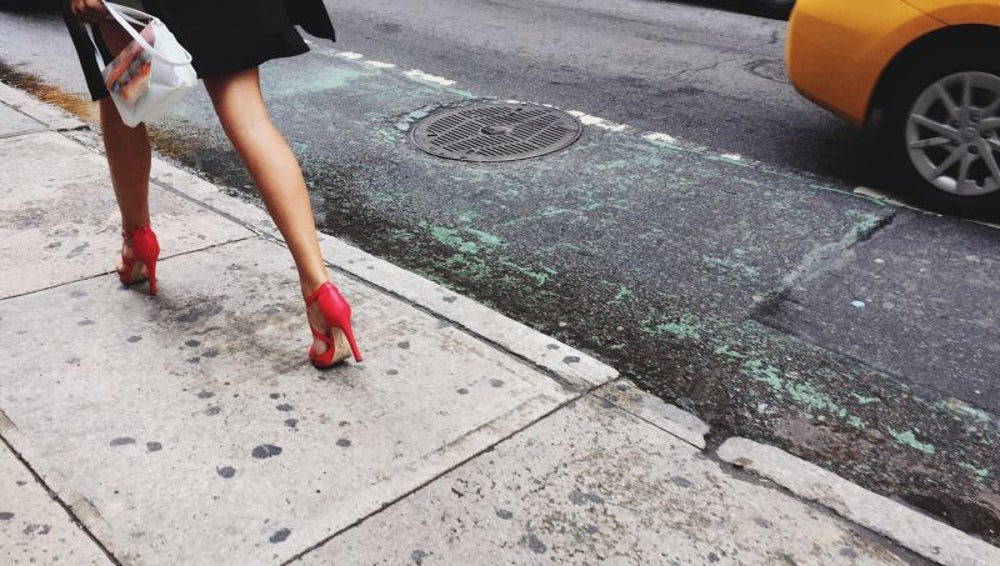 WeWork is Neumann's third attempt at a business. His first business idea was women's shoes with collapsible heels, but it didn't take off. The second business was Krawlers, baby clothes with built-in knee pads. 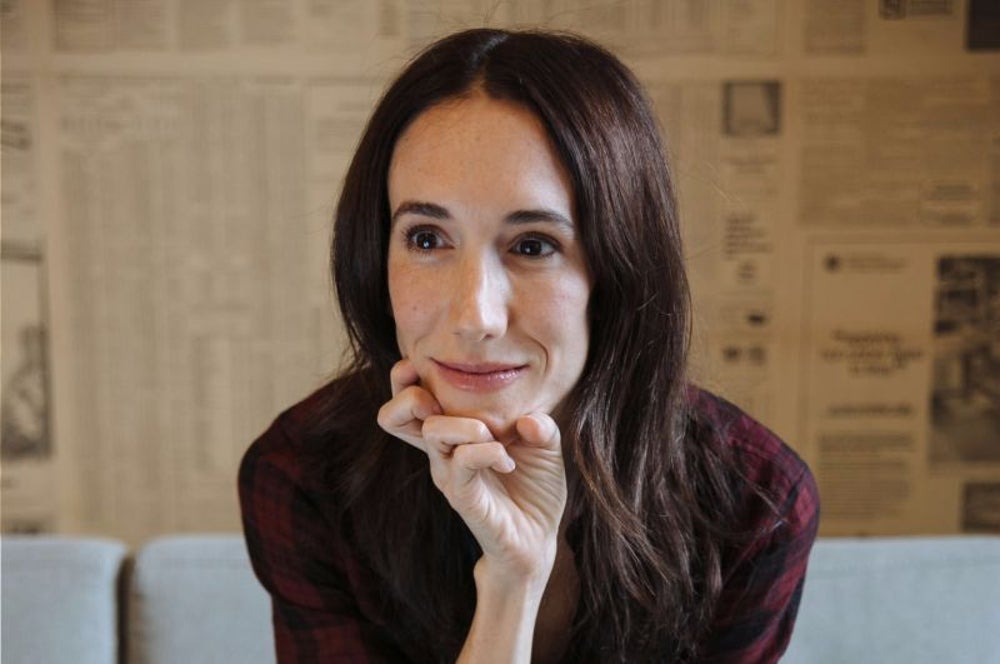 Neumann is married to Rebekah Paltrow Neumann, a cousin of actress Gwyneth Paltrow (who is also the founder of Goop and a judge on Apple's Planet of the Apps). They have five children. 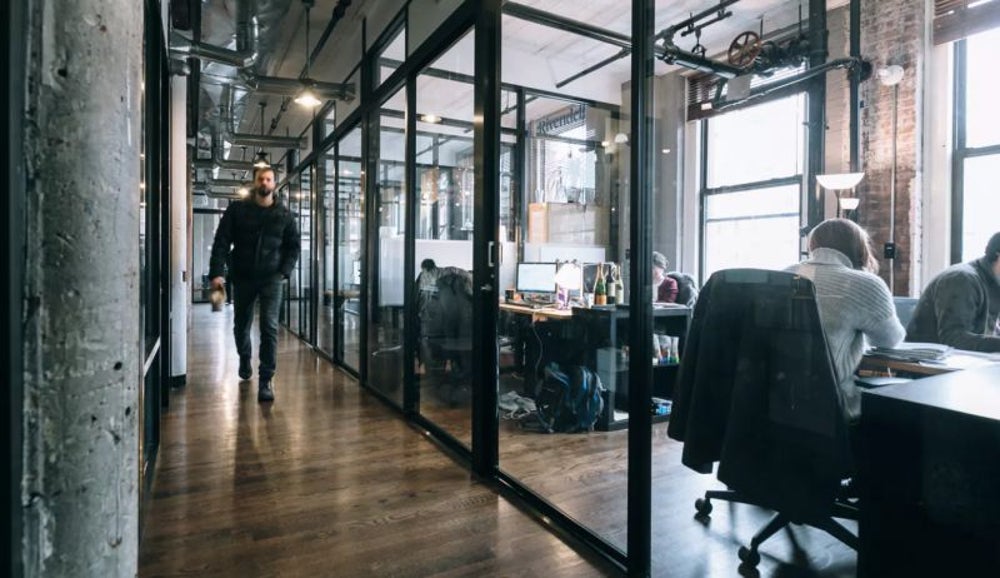 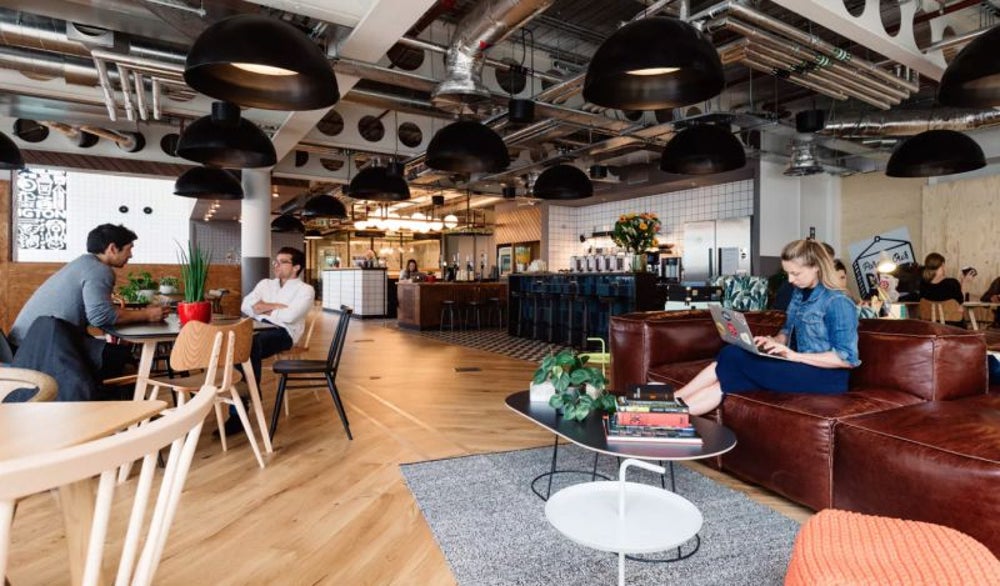 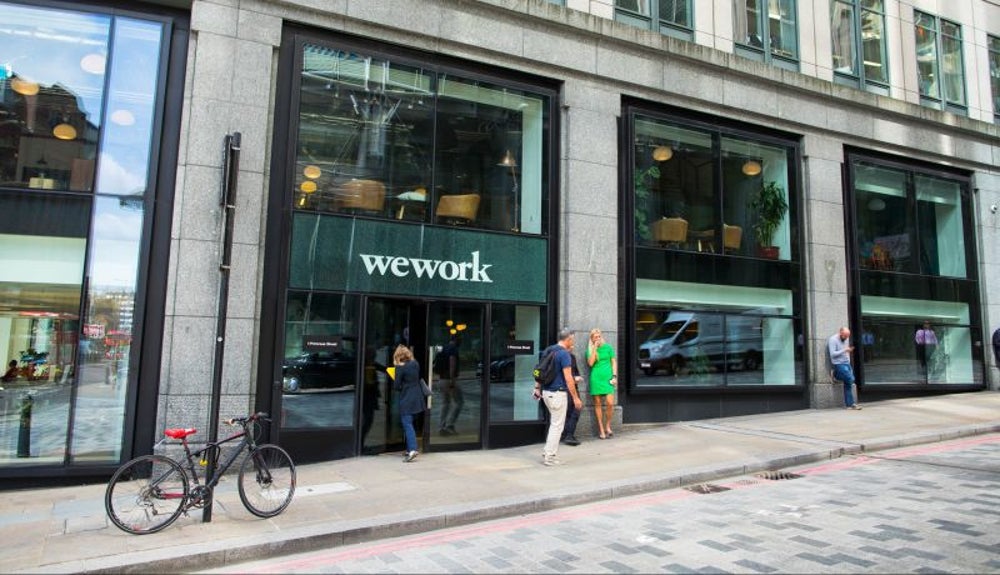 WeWork ended its first year of business with 1,000 members. By the end of 2017, it had more than 15 times that, leasing 10 million square feet of space. It counts 20,000 companies as customers, with the fastest-growing segment being companies with 1,000 employees or more. Companies of that size make up a fifth of WeWork's customer base, including some big names such as Microsoft, Salesforce, Samsung, Spotify, Starbucks, Pinterest and Facebook. Just imagine how much complimentary coffee and beer all those tenants go through. 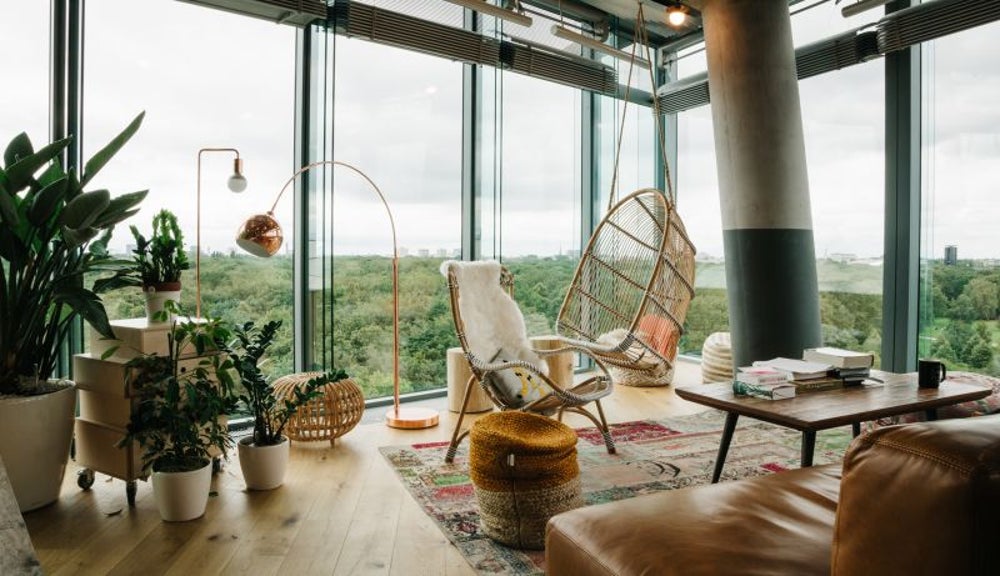 Not only does WeWork count huge companies as clients, it manages exclusive offices for some of them. According to Backchannel, WeWork runs an entire building for IBM in New York, Airbnb's office in Berlin and Amazon's office in Boston. WeWork anticipates this model to be a growing business for the company, representatives told Backchannel.

As of October 2017, WeWork counted some 3,000 employees, which include more than 400 specialists such as architects, interior designers, graphic artists and construction workers. 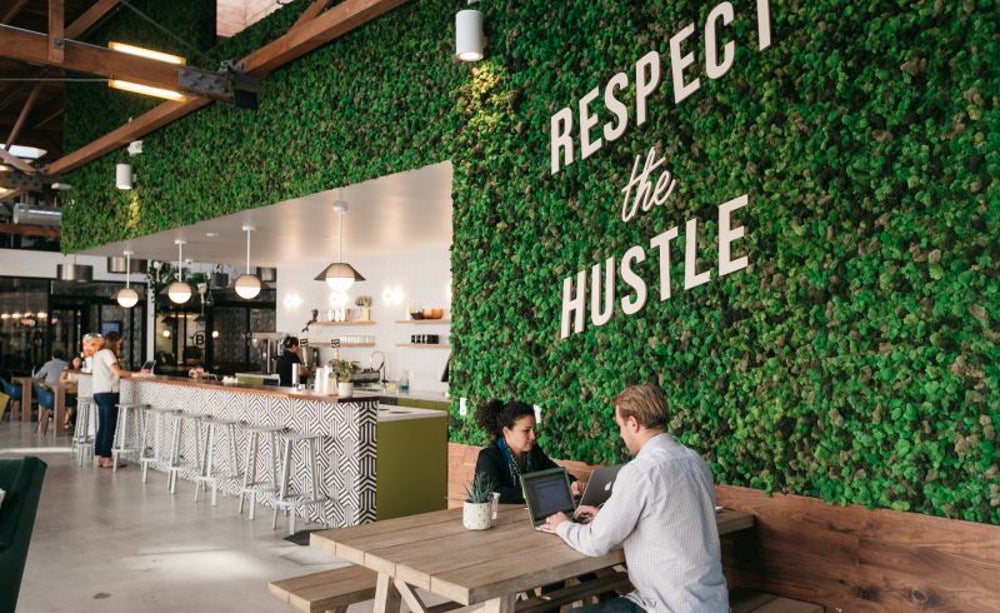 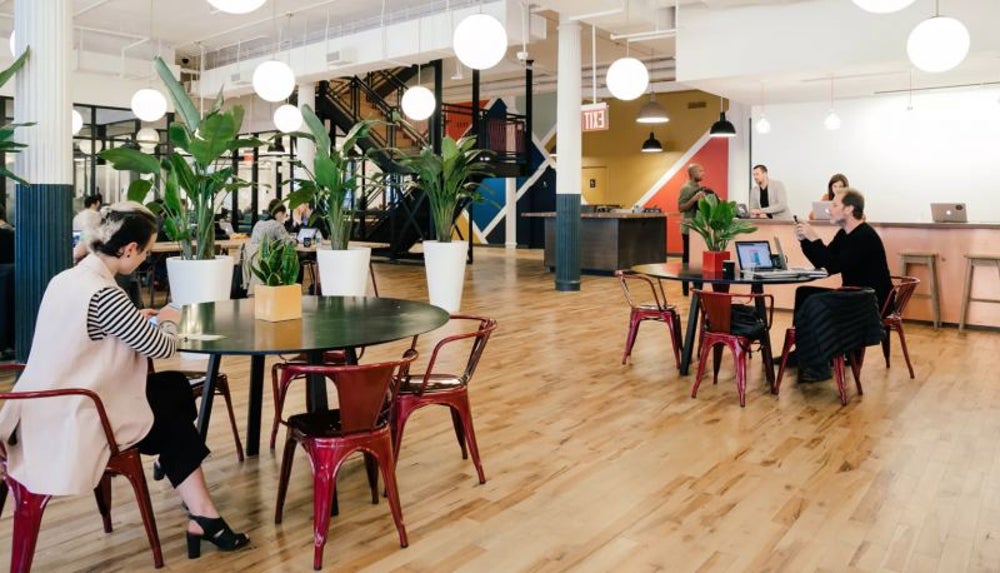 WeWork relies on tech to manage its locations, Backchannel reports. In the company's New York City headquarters, there's a touchscreen that allows WeWork employees to pull up real-time data on its coworking spaces. The information is as granular as when the air filters were last changed and how many conference rooms are occupied at a specific building.

WeWork's 450,000-square-foot property in Mountain View, Calif., its largest space, will solely be occupied by Faceboook, according to Business Journal. Formerly, WeWork was only going to lease one building to Facebook and leave the other for smaller clients. The social giant will now occupy the two eight-story office buildings.

As of September 2018, WeWork became Manhattan's biggest holder of real estate. The coworking company rents 5.3 million square feet in Manhattan, beating out the previous holder of the title, JPMorgan Chase, according to The Wall Street Journal.
More from Entrepreneur