These Artists, Authors and Leaders Battled Self-Doubt Before They Made History

Behind the amazing work were some individuals with self-esteem issues.
Next Article

Whether you’re an expert in your field or recently embarking on a new career -- a common obstacle that nearly everyone faces in life is self-doubt. Whether it’s feeling like you don’t belong or believing that your work doesn’t live up to standards, it’s important to know you’re not alone.

Some of the most famous, successful artists, authors and leaders in history battled self-doubt and esteem issues before making history. In fact, some held these feelings throughout their entire lives, even after their work had been held up in high regards by the public. However, sometimes it's our doubts, worries and anxieties that push us to achieve great things.

From John Steinbeck doubting his writing to George Washington worrying he won’t live up to people’s expectations, here are 10 famous people from history who struggled with self-doubt. 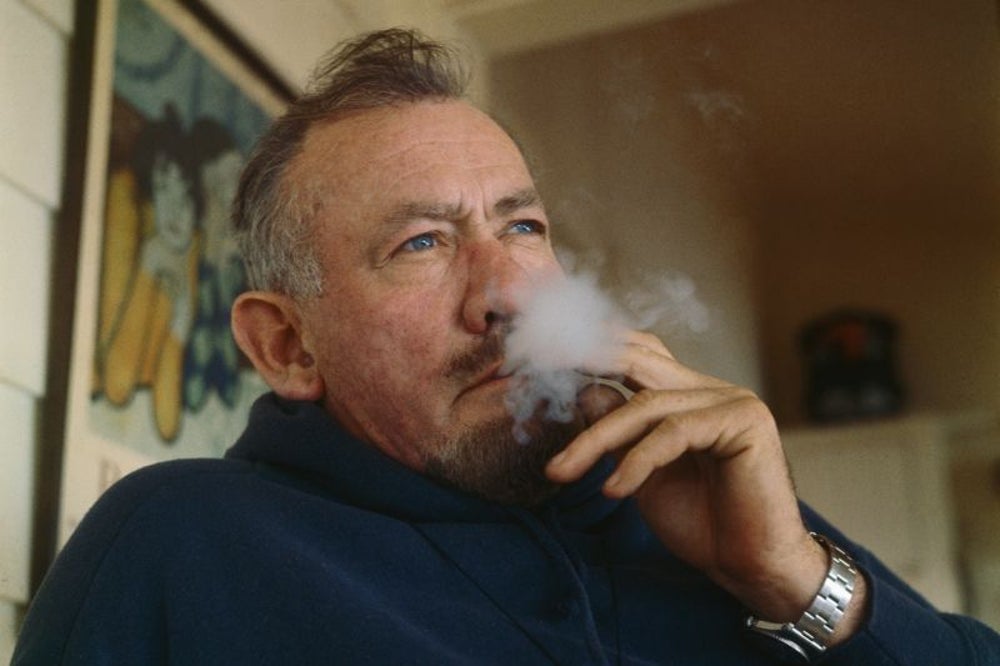 Even the Pulitzer Prize-winning American author John Steinbeck felt like an imposter for the praise he got for his work. He wrote in a 1938 journal entry: “I am not a writer. I’ve been fooling myself and other people.”

In the late 1930s, while working on his famous novel The Grapes of Wrath, Steinbeck also wrote: “I am assailed by my own ignorance and inability. … Sometimes, I seem to do a little good piece of work, but when it is done it slides into mediocrity.” That book helped land him the Pulitzer Prize in 1962. 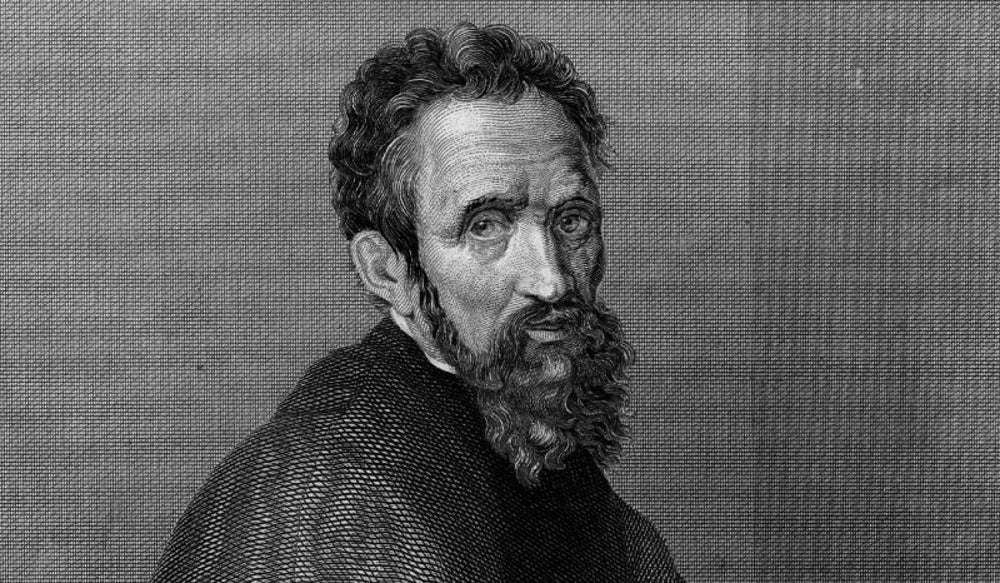 World-renowned Italian Renaissance artist, sculptor and architect Michelangelo doubted his abilities before he created his masterpiece Fresco painting, The Last Judgement, in the Sistine Chapel.

The beginning of Michelangelo’s career consisted mostly of marble sculptures, which helped spread his name throughout Italy. However, in the early 1500s, Pope Julius II asked Michelangelo to paint the ceiling of the Vatican’s Sistine Chapel. In response, Michelangelo refused, saying that he was a sculptor and not a painter.

Eventually, he accepted the Pope’s request and spent four years painting the chapel. 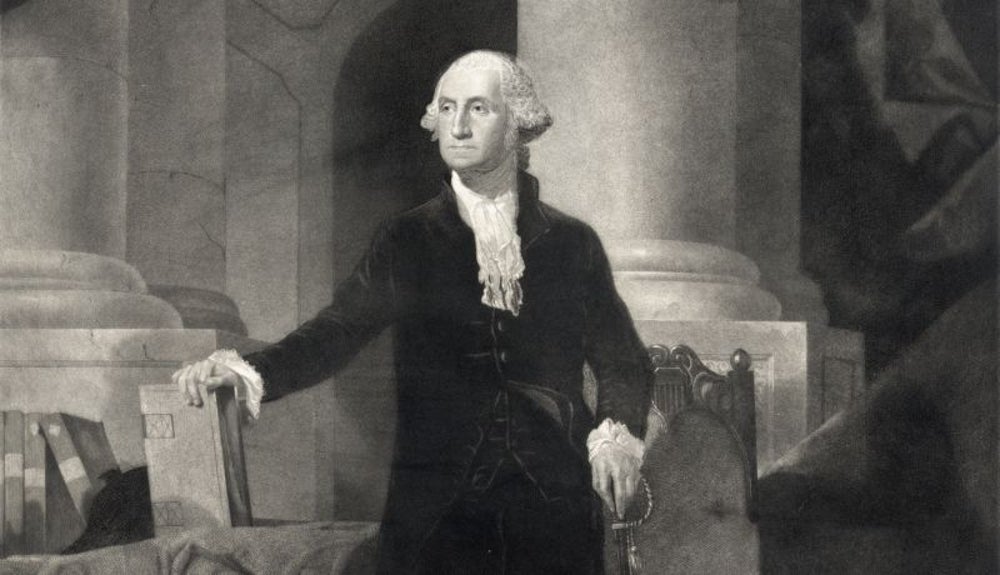 Even the first president of the United States experienced tremendous doubt and uncertainty before his presidency. Before his Inauguration, Washington wrote to Supreme Court Chief Justice John Rutledge: “I greatly apprehend that my countrymen will expect too much from me. I fear, if the issue of public measures should not correspond with their sanguine expectations, they will turn the extravagant praises which they are heaping upon me at this moment into equally extravagant censures.”

Related: 12 Ways to Overcome Self-Doubt and Build a Profitable Business 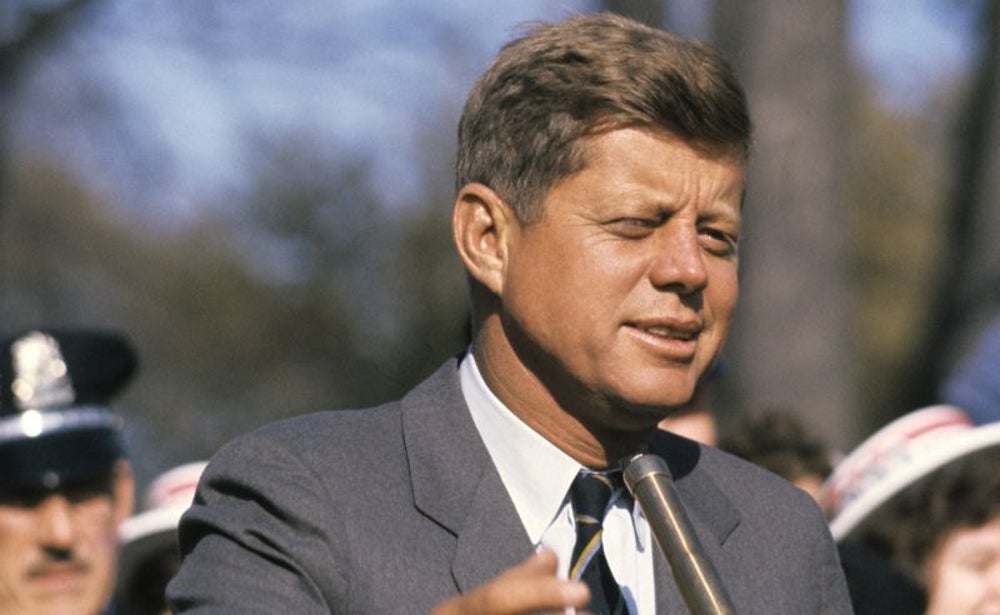 After the Bay of Pigs -- the U.S.'s failed military invasion of Cuba in 1961 -- which was under John F. Kennedy's leadership, it's no surprise that Kennedy felt much self-doubt. In a lunch with The New York Times' James Reston, he said, "It is a hell of a way to learn things."

Another instance when Kennedy's self-doubt was revealed was through his relationship with former girlfriend and potential Nazi spy Inga Arvard, which were published in her recent biography, Inga. According to the book, Kennedy shared many of his insecurities with her, including "that his older brother Joe Jr. was actually smarter, that he had failed the army physical [and] that his stomach could handle only bland foods," according to The Independent. 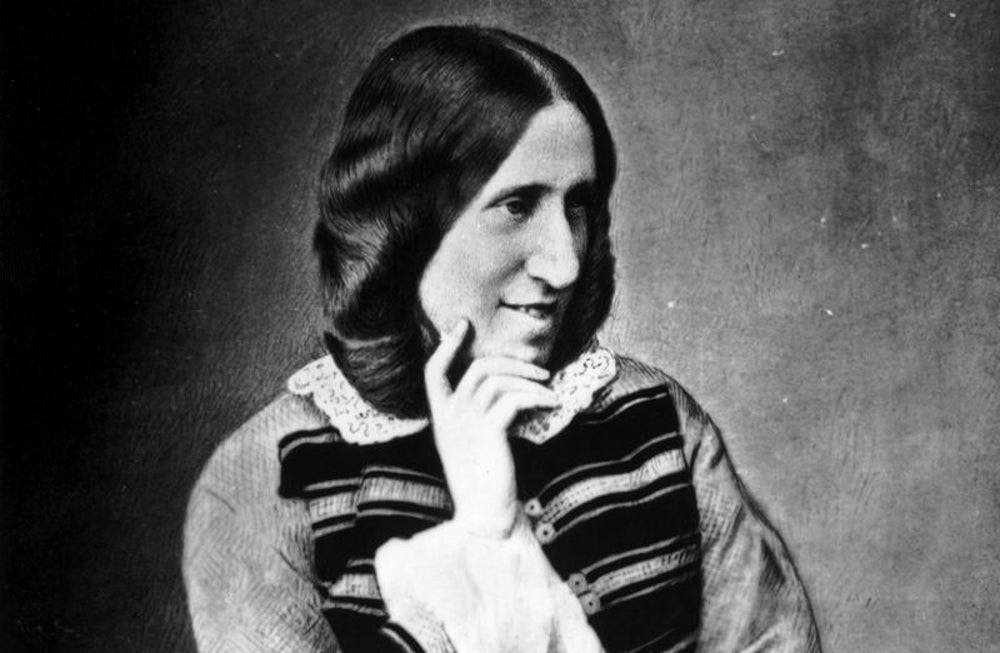 Image credit: London Stereoscopic Company | Getty Images
Even one of the most renowned authors of the 19th century faced much self-doubt, especially when it came to one of the things she was best at: writing. Through journal entries and letters to friends, Eliot revealed her self-doubt in a number of instances -- basically before every time she sent something to her publisher. According to her biography, George Eliot, Poetess by Dr. Wendy S. Williams, Eliot also struggled with crippling anxiety. While she was also self-conscious of her writing -- going under a male pseudonym -- she was also "painfully conscious of her plain looks. ... And she suffered the rejection of her family and society." 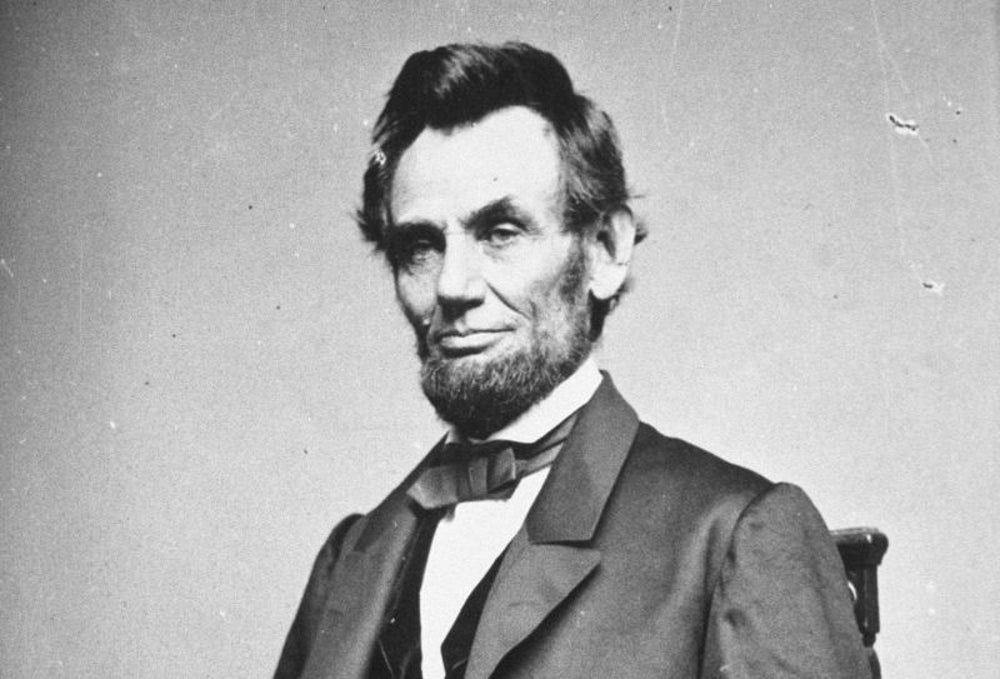 Abraham Lincoln has long been known for having many doubts and being "plagued with melancholy." A day after his success during the 1860 state Republican Convention, Lincoln told lieutenant governor of Illinois William J. Bross, "I am not well" -- referring to his "melancholy," known today as depression.

It turns out that Lincoln used his depression and self-doubt as a strength. "Lincoln's self-negation fueled his peculiar confidence. His despair lay under a distinct hope; his overwhelming melancholy fed into a supple creative power. ... Wariness and doubt led Lincoln into a kind of personal crisis, from which he turned to work," wrote The Atlantic. 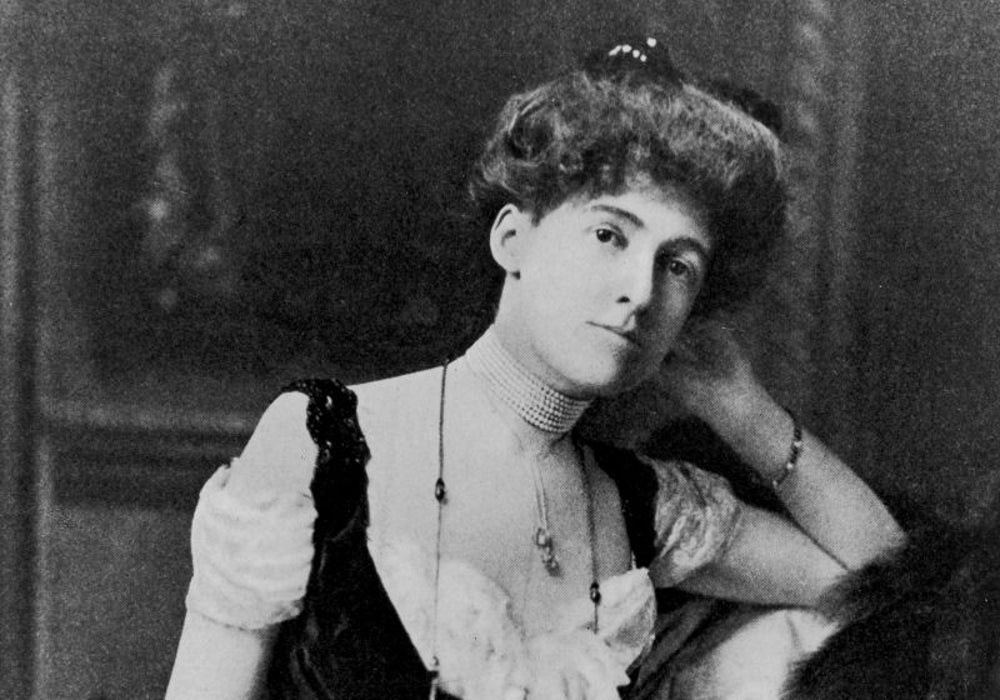 Another famous writer that struggled with self-doubt and esteem was Edith Wharton. While she grew up in a wealthy household, Wharton not only felt self-conscious of her ability and right to write, she also felt inferior to most of her peers. As she wrote in her autobiography, A Backward Glance: "I have often wondered, in looking back at the slow stammering beginnings of my literary life, whether or not it is a good thing for the creative artist to grow up in an atmosphere where the arts are simply nonexistent. Violent opposition might be a stimulus -- but was it helpful or the reverse to have every aspiration ignored, or looked at askance? ... I am inclined to think the drawbacks were outweighed by the advantages; chief among these being the fact that I escaped all premature flattery, all local celebrity, that I had to fight my way to expression through a thick fog of indifference, if not tacit disapproval."

Related: 6 Actions You Can Take Every Day to Build Your Self-Confidence 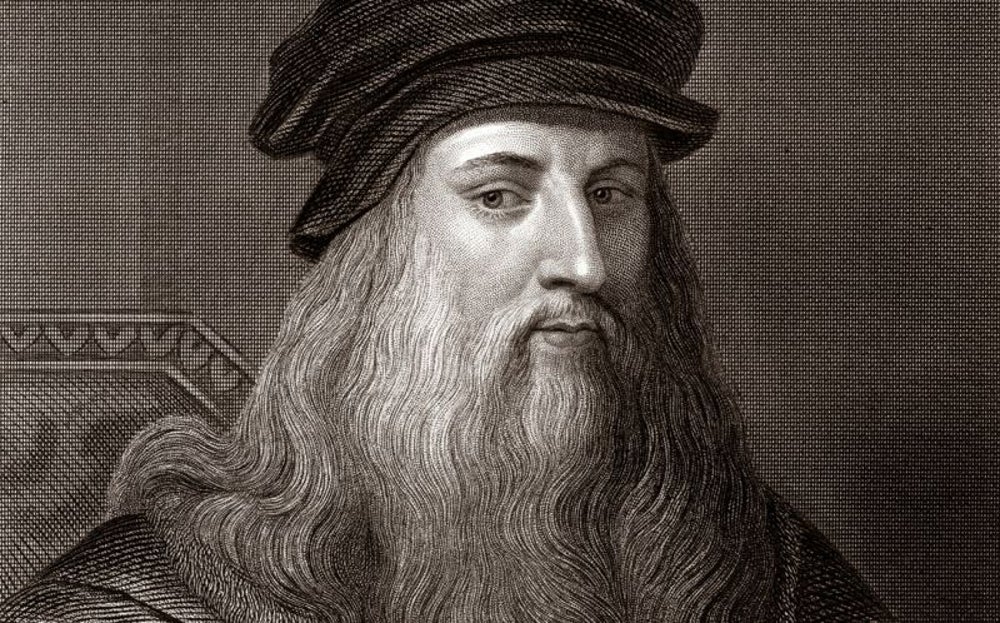 Image credit: pictore | Getty Images
Even one of the most famous artists in the world, Leonardo Da Vinci, faced the human condition -- that is, self-doubt. Known for the "Mona Lisa" and "The Last Supper," it was revealed in a New Yorker article that, like the rest of us, Da Vinci also experience self-doubt, procrastination and esteem issues. Da Vinci was known for abandoning and never finishing certain projects, and he was also very hard on himself. Apparently a line from one of his diaries read: "Tell me if I ever did a thing." 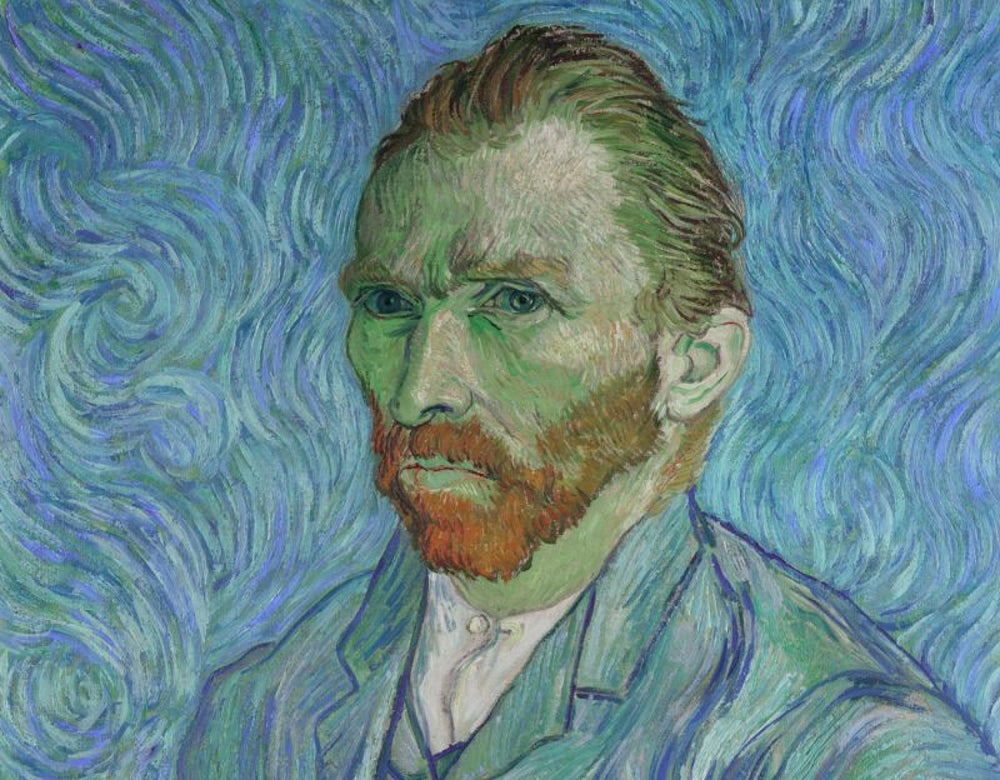 Image credit: Imagno | Getty Images
Post-Impressionist painter Vincent Van Gogh struggled with self-doubt and behavioral issues, causing him to go in and out of mental institutions and at one point, even cutting off a part of his own ear. Known for being in a constant crisis of self-doubt, which helped fuel much of his career and is portrayed in many of his self portraits, Van Gogh once said, "If you hear a voice within you say you cannot paint, then by all means paint and that voice will be silenced." 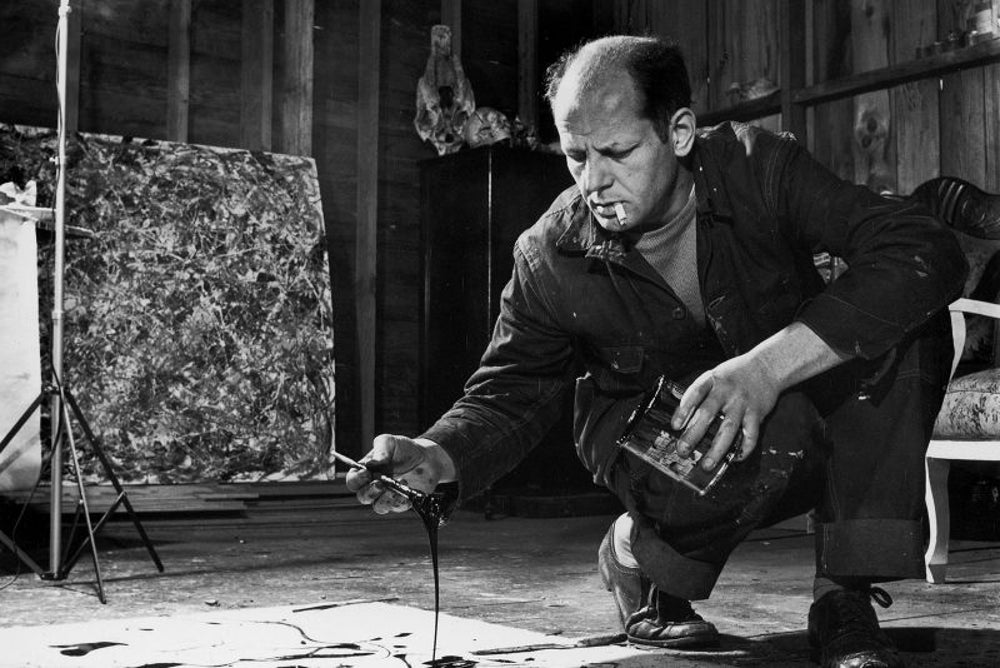 Image credit: Martha Holmes | The LIFE Picture Collection | Getty Images
Modern painter Jackson Pollack was a creative stricken by self-doubt. To explain his work and artistic process, Tate Modern curator Catherine Wood said that for him, art was about "self-expression, and the artist working alone." His method of "action painting," which was him frantically dripping paint onto canvases that lay on the floor resembled some of his anxieties. However, Wood explained, that when Pollack was presented photographs taken of him working, they caused him much self-doubt about his technique.
More from Entrepreneur

Feel the Fear and Do It Anyway: 4 Ways to Boost Your Confidence

This Course Can Help You Overcome Doubts and Reach Peak Potential