Brands and media companies brought their products to life and tapped into nostalgia in Austin this year.
Next Article

Every year during SXSW Interactive, attendees have the opportunity to immerse themselves in pop-up environments based on the hottest shows, games, media brands and more. From technology showcases to marketing installations, it's a playground for curious fans and culture lovers.

Click through the galley for a glimpse of what the annual Austin-based festival had in store this year. 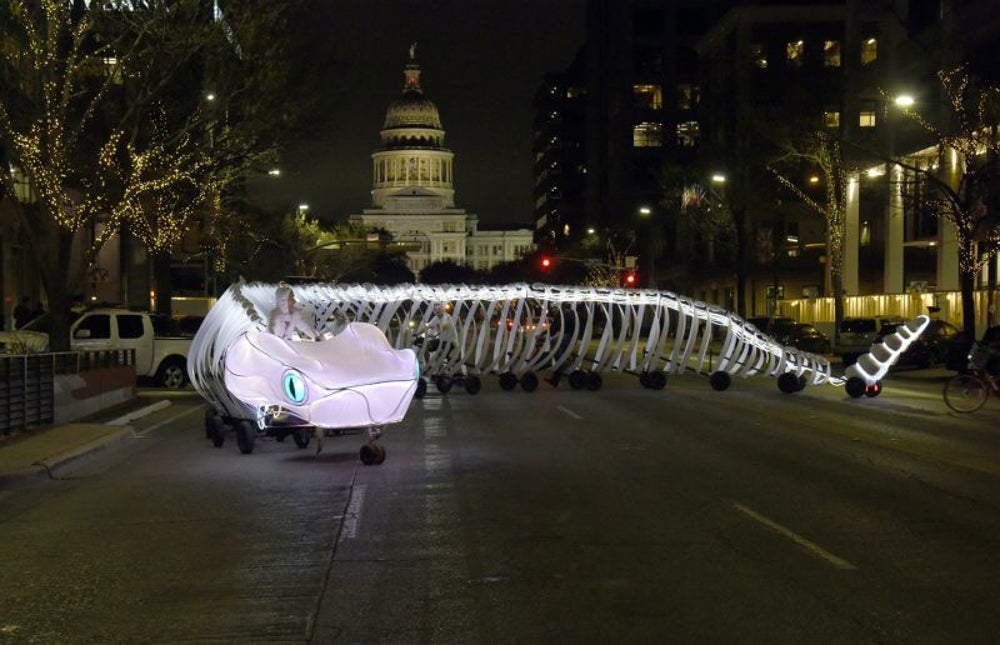 Image credit: Tim Mosenfelder | Getty Images
We're not sure who was behind this reptilian skeleton, but it was roaming the streets of Austin to kick off SXSW Interactive last week. 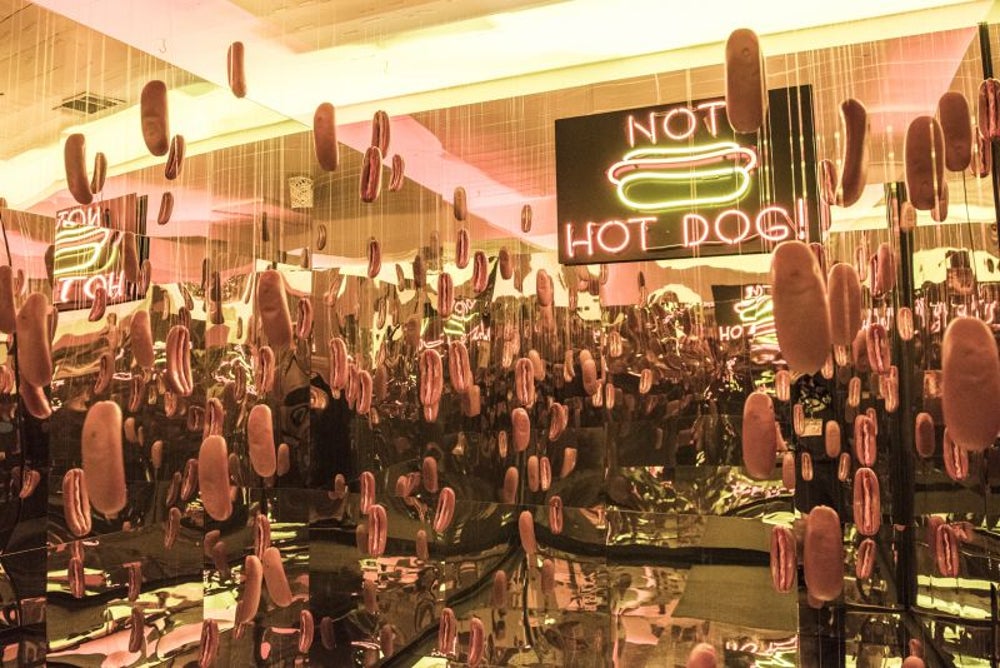 Funny or Die and HBO teamed up to create this "Not Hot Dog" installation at the Silicon Valley HQ in Austin last week.

It's based on a scene from the show Silicon Valley, in which character Jian-Yang creates an app that can identify photos of food -- but only as "hot dog" or "not hot dog." 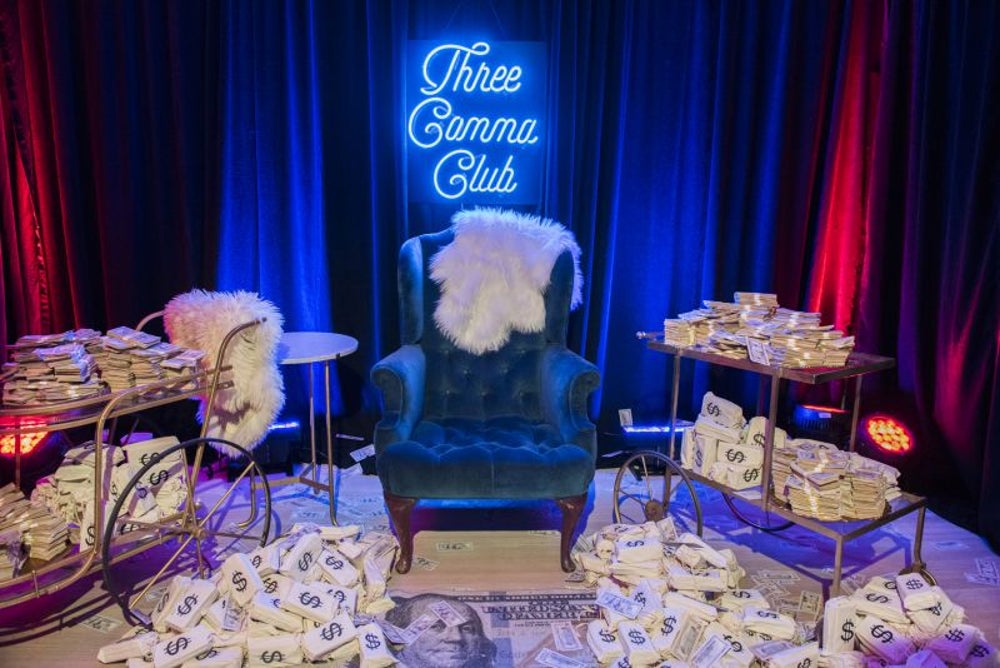 Image credit: Jim Bennett | Getty Images
Also at the Silicon Valley HQ house, HBO and Funny or Die created a section called the "Three Comma Club." There, visitors could shoot fake money out of a golden gun and dream of entrepreneurial wealth. 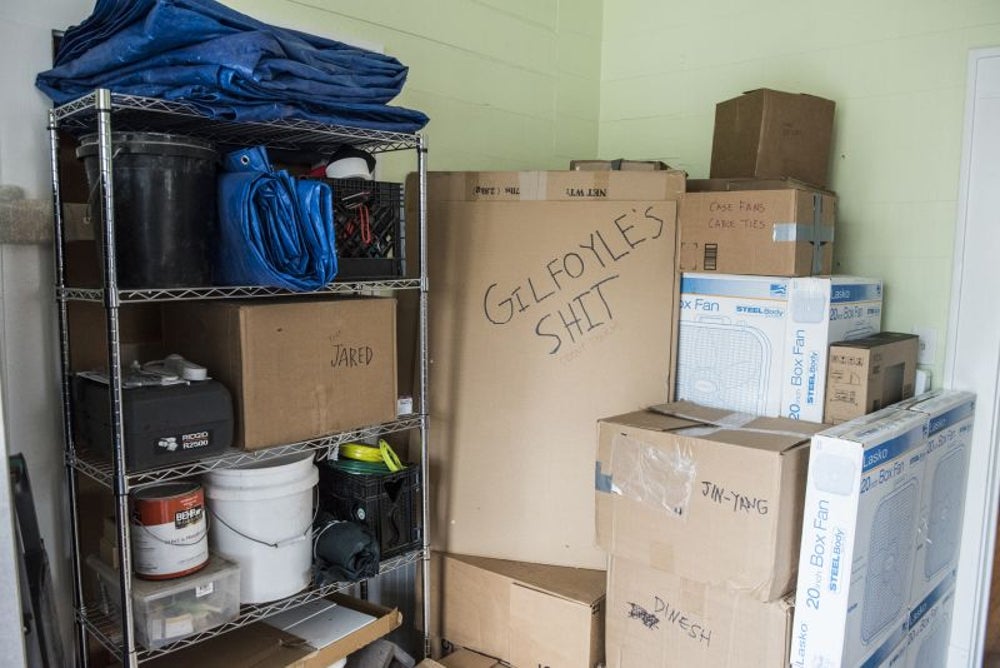 Image credit: Jim Bennett | Getty Images
Fans of the HBO comedy could feel right at home walking through the Silicon Valley HQ, which brought some of the show's iconic sets to life. Here, a section of the garage features character Gilfoyle's ... belongings.

Paying homage to other futuristic films 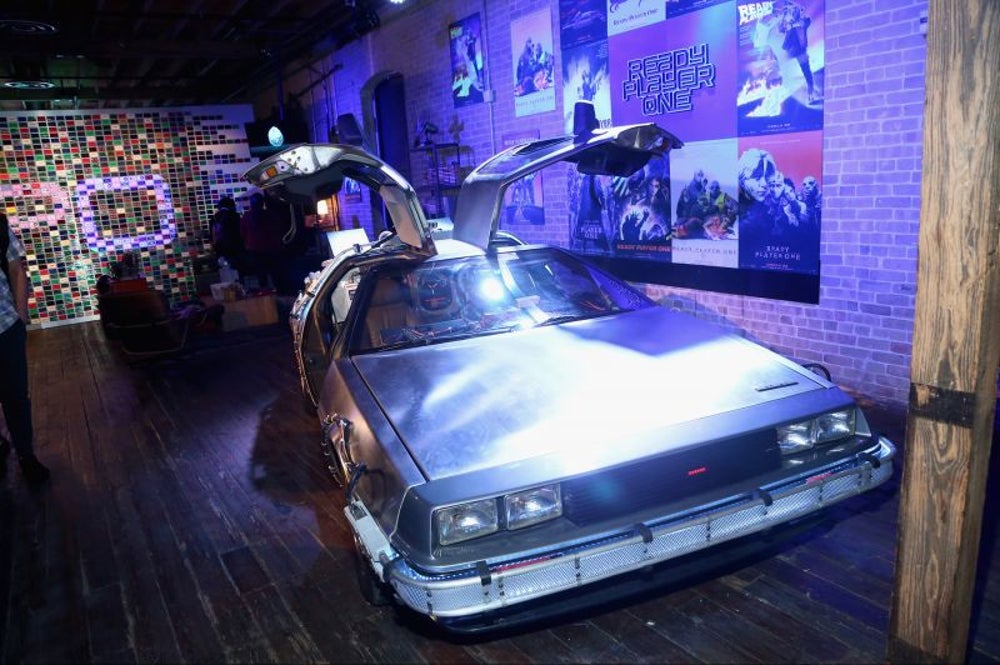 On Sunday, March 11, Twitch and IMDb joined forces to stream interviews, game play, 1980s trivia and VR experiences to promote the Stephen Spielberg film Ready Player One, slated for a wide release next month. But they also had a physical installation at SXSW, which featured the DeLorean from Back to the Future -- the car of choice for character Parzival in the film's virtual-reality world. SXSW guests could sit in the car and even pose with a hoverboard. 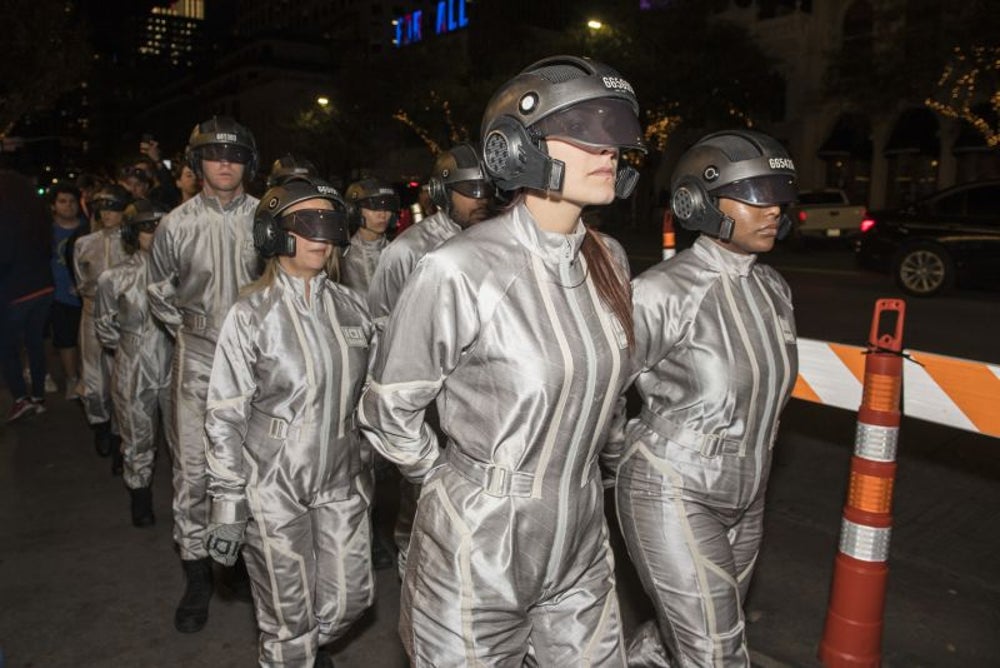 Image credit: Jim Bennett | Getty Images
This group of "sixers" from Ready Player One made an appearance at the red carpet during the film's advance screening at SXSW. 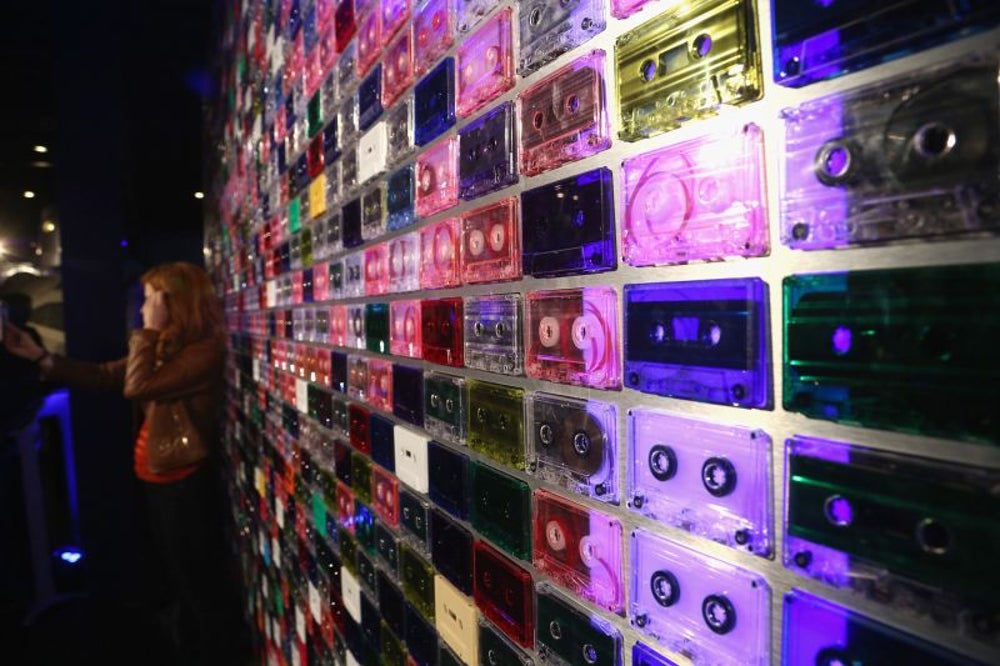 Image credit: Tommaso Boddi | Getty Images
No technology festival in this decade is complete without a nod to analog tech. At the Ready Player One activation, colorful cassette tapes adorned the wall. The film is full of '80s nostalgia, and the SXSW takeover of Austin's Brazos Hall was filled with eye-catching, selfie-inspiring props and backdrops.

Cable channel AMC took SXSW as an opportunity to promote its upcoming show The Terror, which follows a 19th-century British Naval crew on a deadly polar expedition.

The immersive installation gave guests the opportunity to experience some of the sensations the sailors would have encountered, from ice-cold tempoeratures to sounds of fellow crewmembers fighting to stay alive. 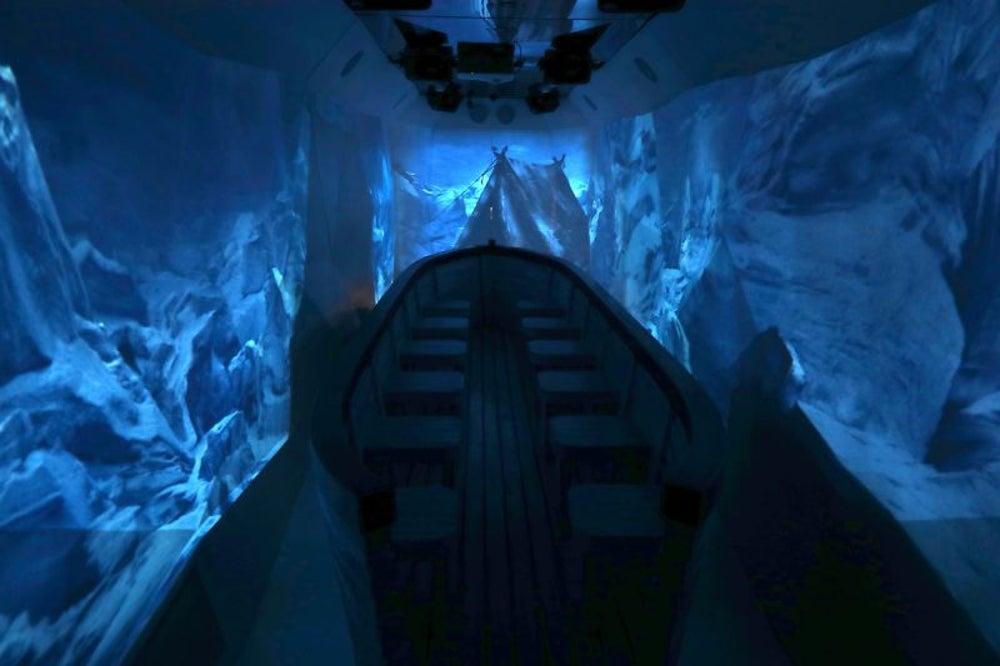 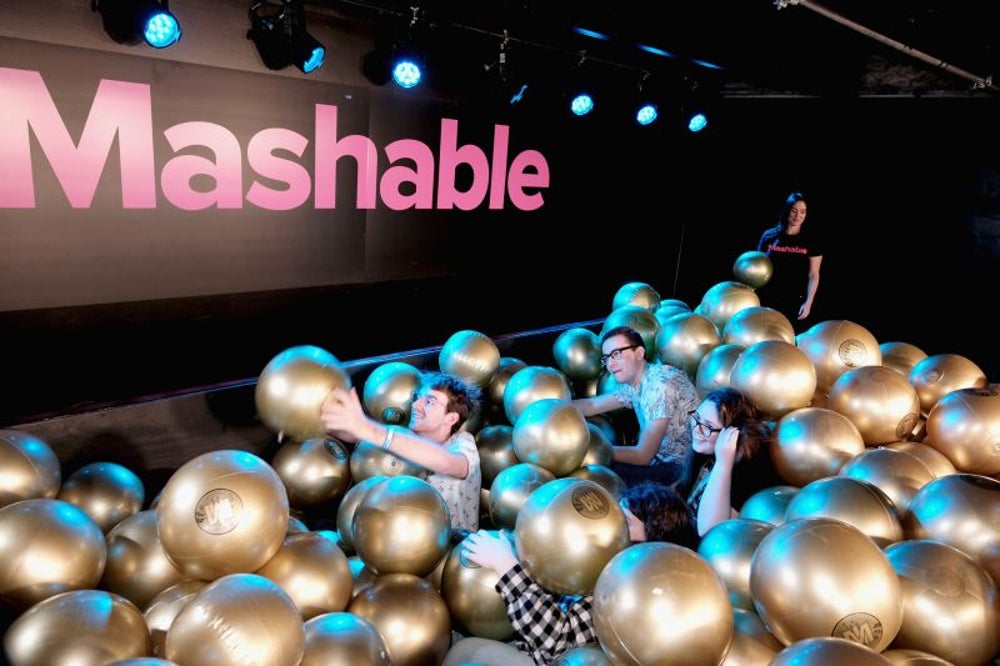 Media brand Mashable brought the party at SXSW this year with drinks, music and dancing. This year's theme for the Mashable House was "Time Warp."

"This year, we're taking you on a nostalgia-fueled adventure," Mashable stated in an article ahead of the festival. "'Mashable House: Time Warp' will celebrate the old and the new, the real and the artificial. It's our way of acknowledging just how far we’ve come, and how far we have left to go." 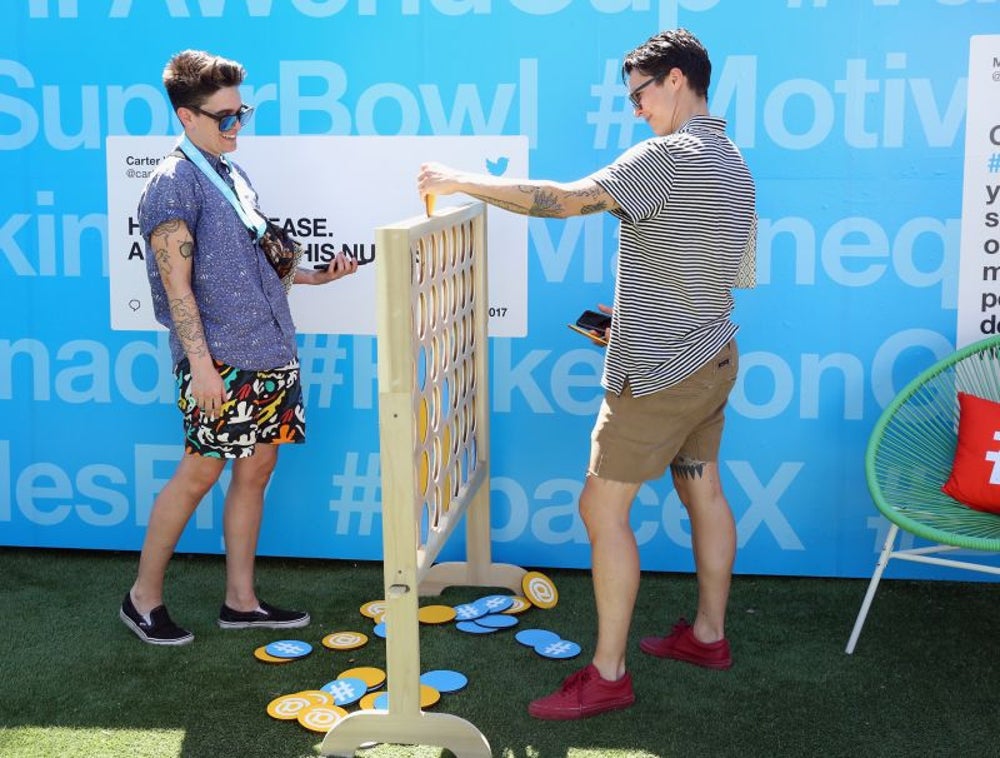 'We're not playing the field, we're leveling it' 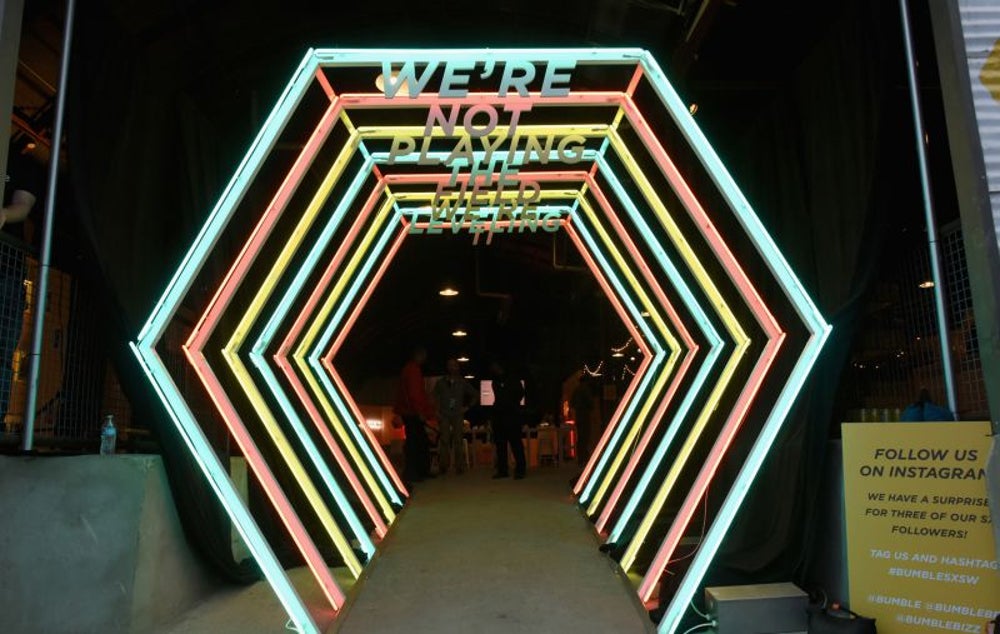 Dating app Bumble also had a pop-up at SXSW, which allowed visitors to walk through real-life manifestations of the app's three platforms: Bumble Bizz, Bumble BFF and Bumble Date. It was the app's biggest customer-facing activation to date, according to Adweek. 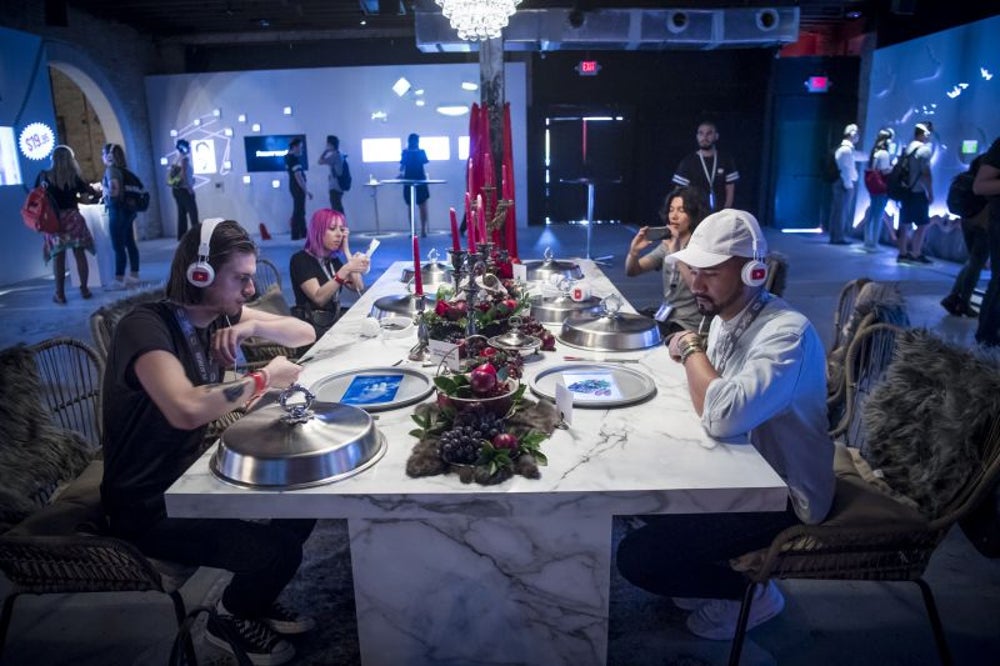 At SXSW, YouTube's footprint was devoted to educating marketers about the importance of making more engaging ads (of varying lengths) for an online audience. 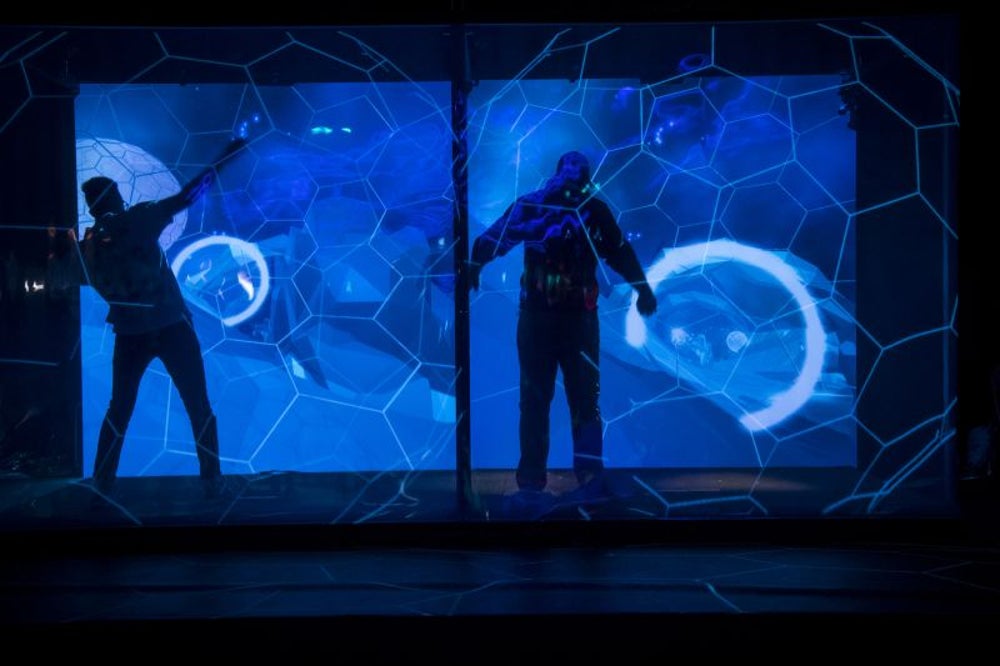 Image credit: David Paul Morris | Getty Images
Sony set up a Wow Studio at SXSW, which it called "an innovation laboratory." One of its attractions, the "Interactive CUBE," used light projections, sounds and vibrations to immerse visitors in a variety of games. One, called "Rolling Rover," used motion sensors and cameras to transform participants' bodies into game controllers.

It's magic, you know 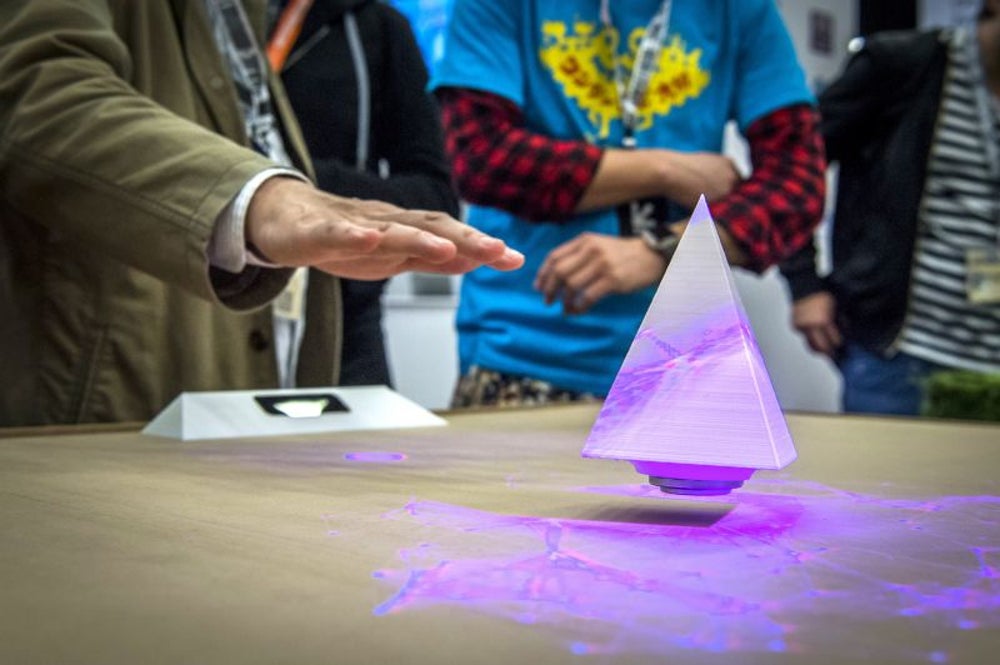 Image credit: David Paul Morris | Getty Images
It wouldn't be SXSW without someone performing magic. The levitation device this attendee is demoing is powered by a projector from Ray Corp.

Yet another sensory playground 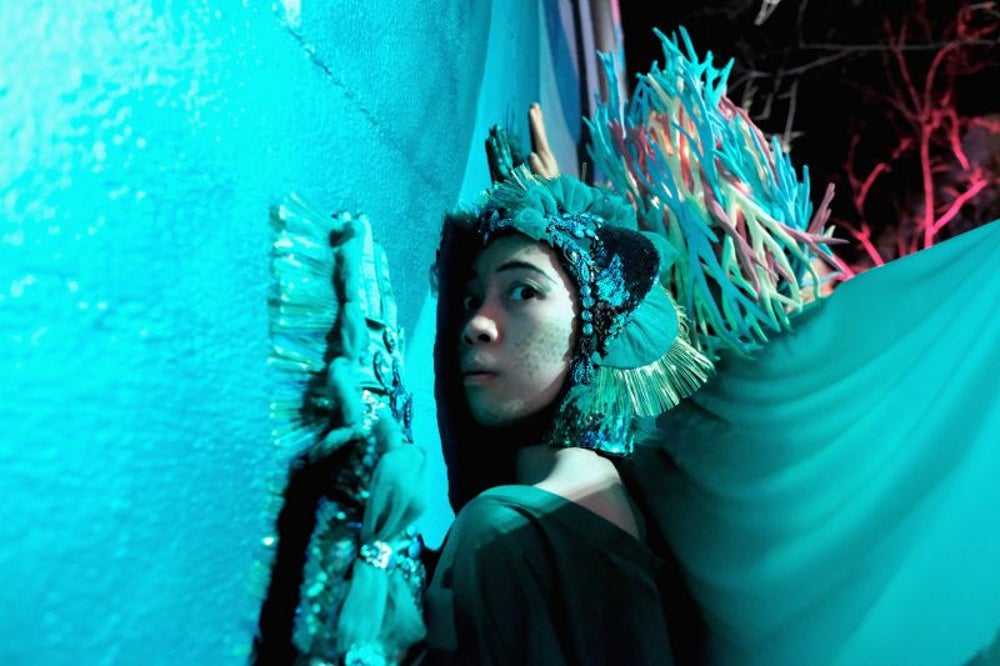 Image credit: Hubert Vestil | Getty Images
Meow Wolf, a Santa Fe-based immerse art collective filled a venue with art, sounds and textures. Guests in the "Control Room" could modify the lights and music, and "actors in costume milled about portraying sentient beings from another planet trying to suss out people and their actions while visiting the mysterious Earthlings," according to a blogger for 365 Things Austin.

A lullaby for tired SXSWers 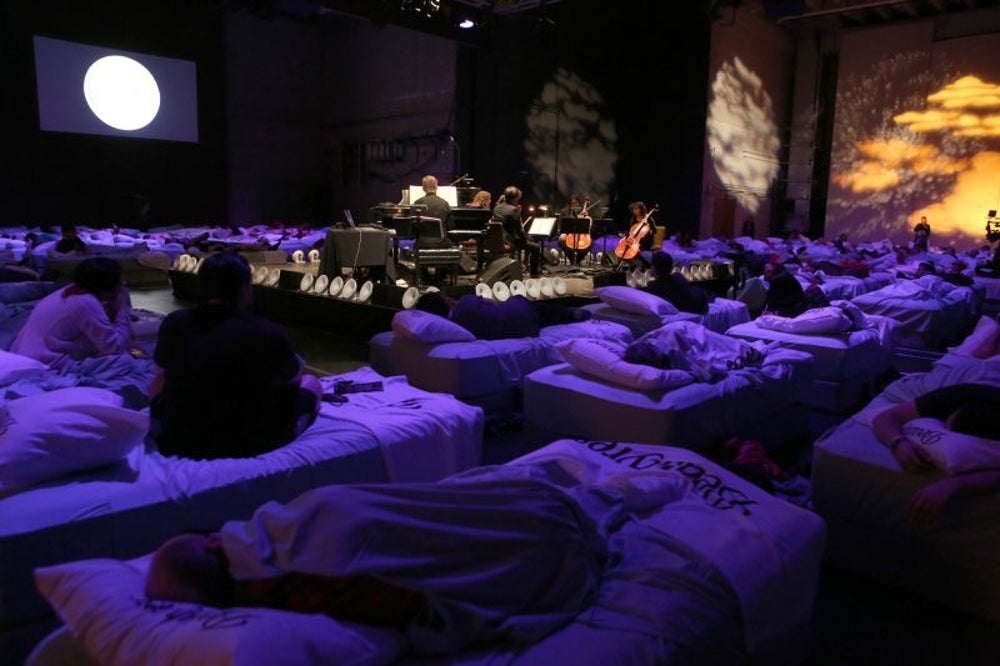 SXSW is exhausting, but some lucky attendees incorporated rest into their event schedules. British-German composer Max Richter performed an eight-hour overnight composition titled "Sleep" at The Bass Concert Hall (from midnight to 8 a.m.), and Beautyrest provided mattresses. A piano, string, electronic and vocal ensemble lulled attendees to sleep. A writer for Austin360 documented his experience alternating between sleep and wakefulness. 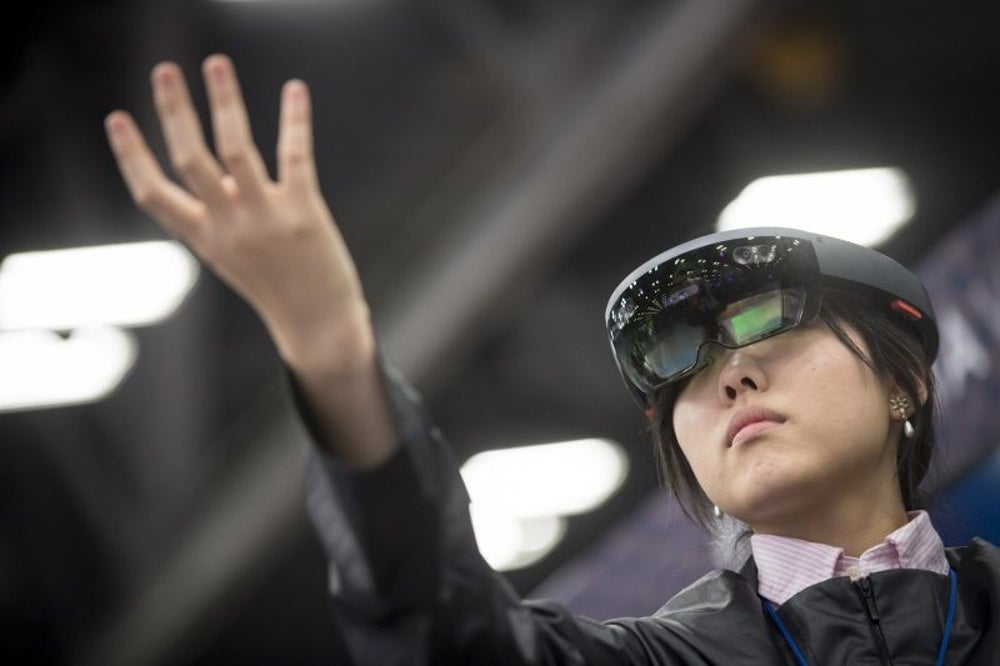 Image credit: David Paul Morris | Getty Images
Microsoft's HoloLens mixed reality headset was available for demos at SXSW again this year. An ongoing partnership with Boeing has resulted in several applications for the device, one of which gives wearers the sense that a plane is right in front of them and another which lets them tour the interior of a 777. 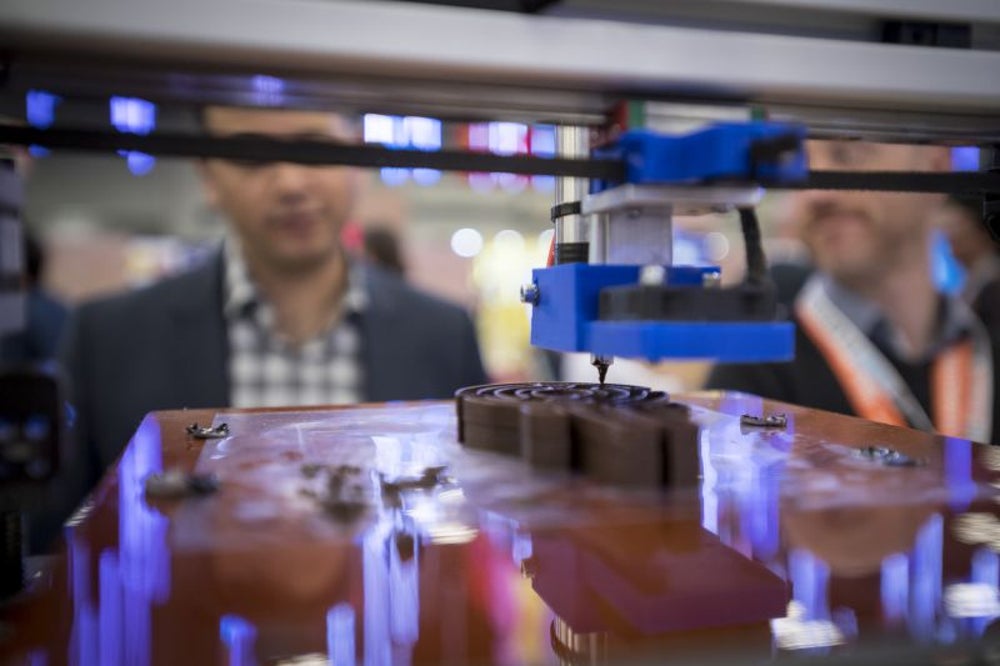 Image credit: David Paul Morris | Getty Images
Belgian company Miam Factory puts Willy Wonka to shame with its 3D printer that uses chocolate to make various designs. Objects are ready to devour as soon as printing is completed, which can take anywhere between 10 minutes and three hours. "Miam," as the French say instead of "yum." 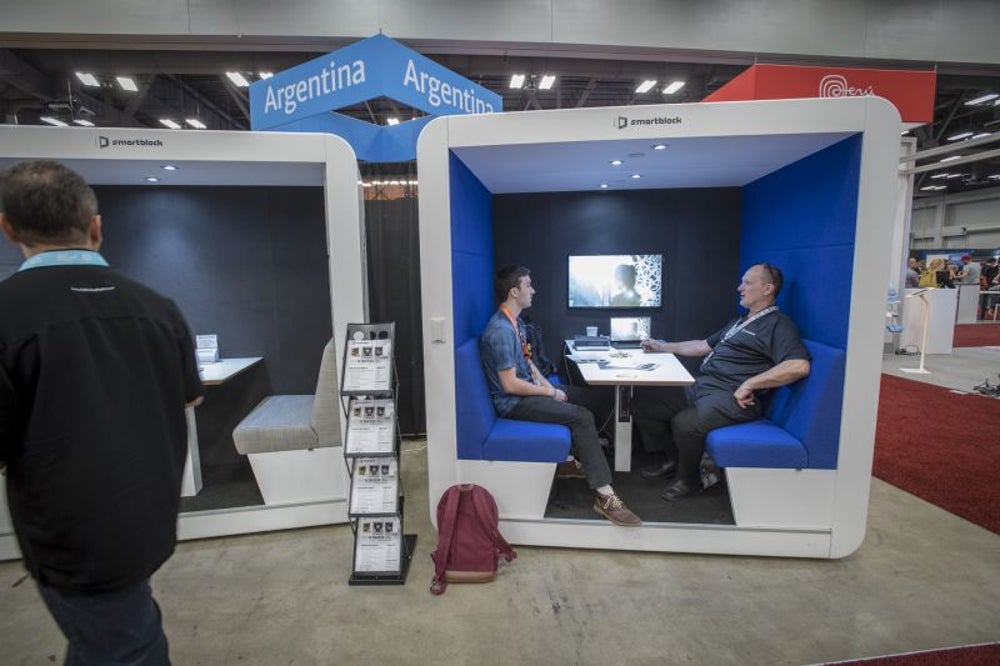 Image credit: David Paul Morris | Getty Images
There aren't a lot of places to sit at trade shows and events like SXSW, especially for meetings and demos. Smartblock has a solution with its portable, modular pods, which can also be used in offices. Because tables are so last century...?
More from Entrepreneur