10 Things That Make Israel a Compelling Start Up Hub

The country is home to 5000 active start ups, with 600 more being added every year
Next Article

A. Balachandran
Senior General Manager of VIT-Technology Business Incubator
December 26, 2019 10 min read
Opinions expressed by Entrepreneur contributors are their own.

Israel has largest number of start ups per capita in the world, and is considered to be the second-largest start up ecosystem in the world. The country is home to 5000 active start ups, with 600 more being added every year. It ranks number 1 in venture capital investment per capita, with more than 2000 start ups raising funding over the last decade.

In November 2019, I had the opportunity to spend ten days observing and understanding the Israeli start up ecosystem. The country seems to be on a continuous adaptation mode when it comes to facing challenges, be it climate, security threat or demographics, thus creating the right environment for innovations.

There are several reasons that make Israel a great start up nation, including its diverse immigrant population, the level of education, and availability of funds. The order of these attributes are not based on their relative importance. 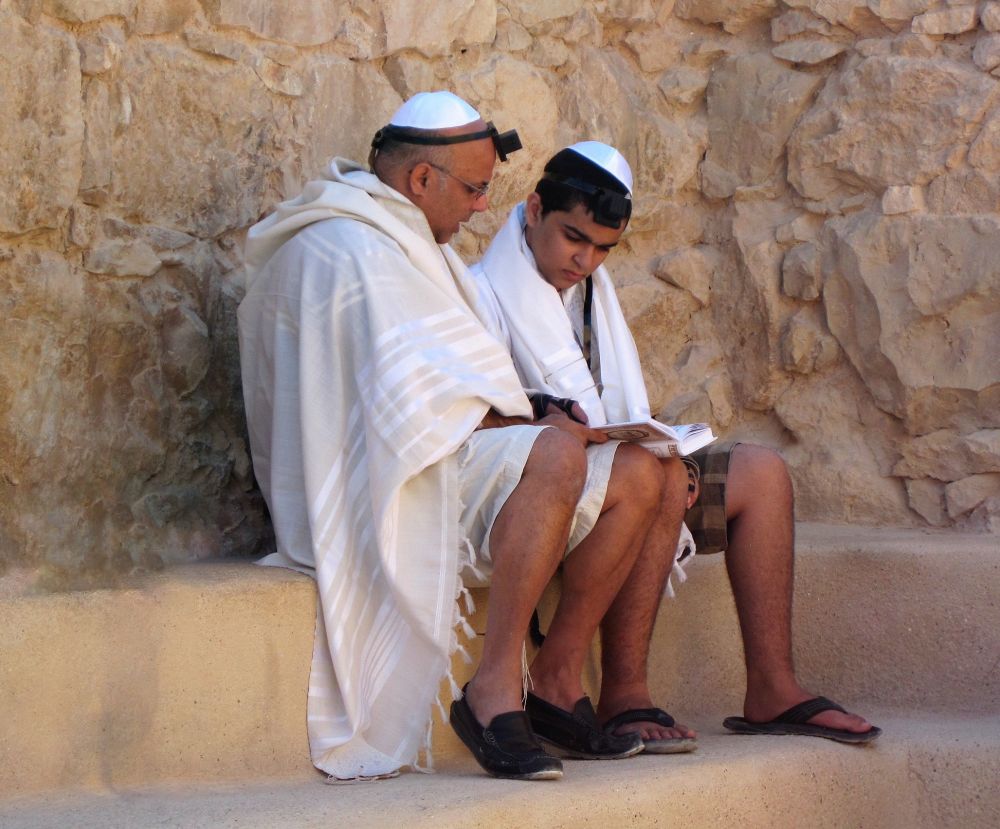 Historically, Israel is known as a land of immigrants. Jewish tradition considers immigration (to the land of Israel) as an ascent. Among the several waves of immigration, the 1934-48 period when holocaust survivors moved in, and 1990s, when immigrants from the broken USSR came in, assume a greater significance. The power of immigrants’ role in contributing to the innovation and entrepreneurship could be understood from the Silicon Valley considering more than 50 per cent of the start-ups in the area were established by immigrants.

Between 1989 and 2006, one million Jews migrated from former Soviet Union to Israel. Unlike the previous immigrants, these Russian-origin immigrants migrated to Israel for non-religious reasons. They brought in rich cultural diversity through their values and beliefs, were highly skilled, but integrated little in the mainstream. This migration doubled the number of S & T community in Israel. In my view, this aspect would have made a definite dent in the system. 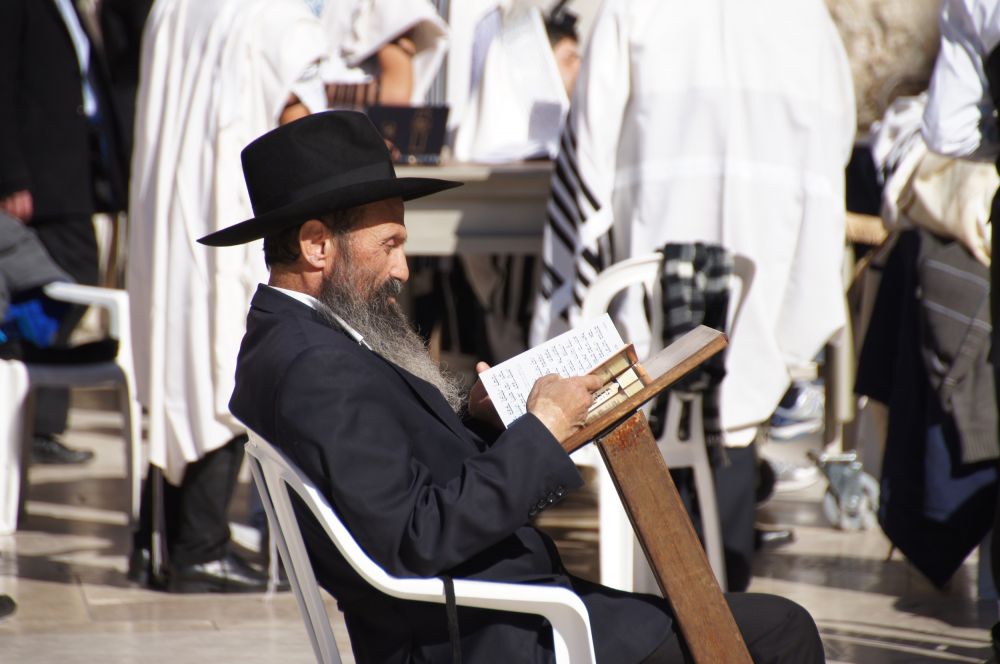 Israeli parents tend to sacrifice personal comforts and attach huge significance in providing the best possible education to their children. Mothers seem to push their children to get the best out of them. Gross Enrolment Ratio (GER) in higher education in Israel was 6.5 per cent in 2015, with a growth rate of 2.86 per cent per annum. Israel currently spends 6 per cent of its GDP on education and 1.5 per cent on tertiary education, with a record number of students pursuing higher level math.

Some of the academicians I interacted with have resonated with the view that strong fundamentals in math helps students to pursue research in Physics, Chemistry, Biology and engineering. Tutoring for the matriculation exam (Maths is given importance) has become a major expense for many families, some of whom shell out up to 25,000 shekels (1 USD = ~3.5 Shekels) a year on the courses. 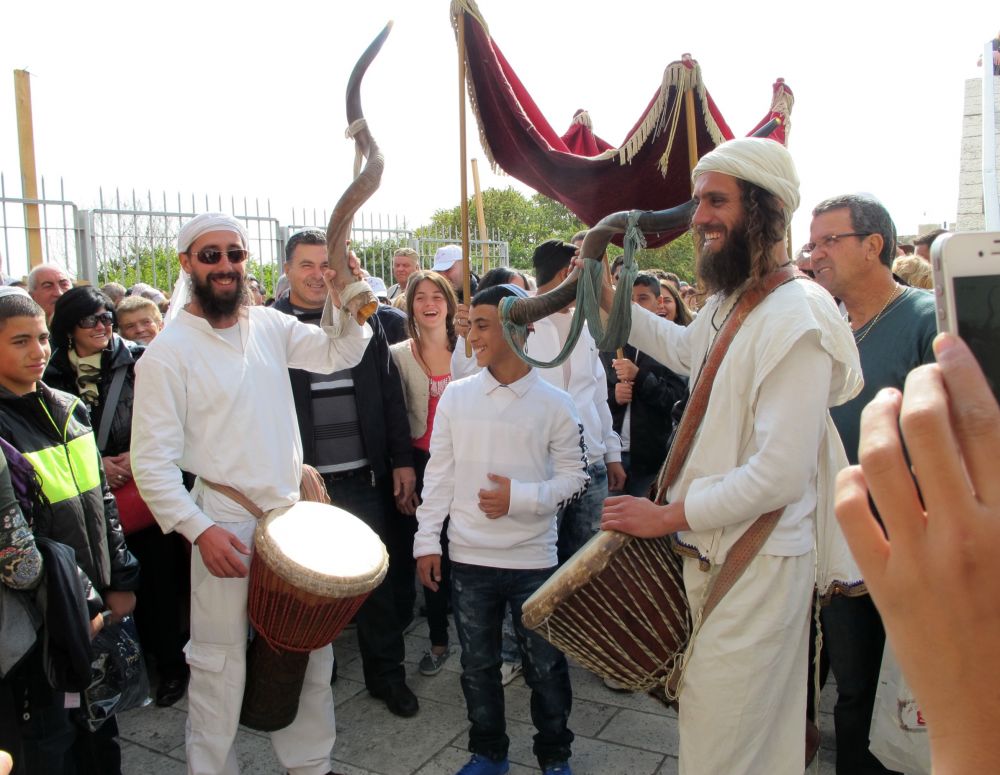 One can compare native Israelis to a cactus plant - tough exterior and soft/moist inside. Generally, people don’t mince words: they appear sharp, but their intent is to be honest. It appears that people mind their business but are available for help/support if needed. I stayed in a hotel closer to a Kibbutz and was dining in the Kibbutz’s dining hall. I was informed that more than 450 such Kibutzes are in the country. In a typical Kibbutz, a large number of families stay together, pool the resources and share the benefits. For e.g., the community kitchen feeds more than 500 families , three times a day with just a handful of people managing it.

Optimising resources, minimising waste, collaborating with strangers and teamwork are key ingredients in building a successful start up. Most organisations have flat structure with informal work cultures. Questioning and challenging seem to be acceptable in organisations. Even Judaism - the major religion of Israel - preaches asking questions than seeking answers. Being informal is a way of life and anybody in higher ranks can be reached over two phone calls. Even the army seems to have a bottom-up approach with commanders giving general directions and individuals taking decisions according to the situation. People take pride in saying Israel is chaotic country. Risk-taking attitude is widespread and it is part of daily life. Hence, failure doesn’t result in loss of face in Israel. 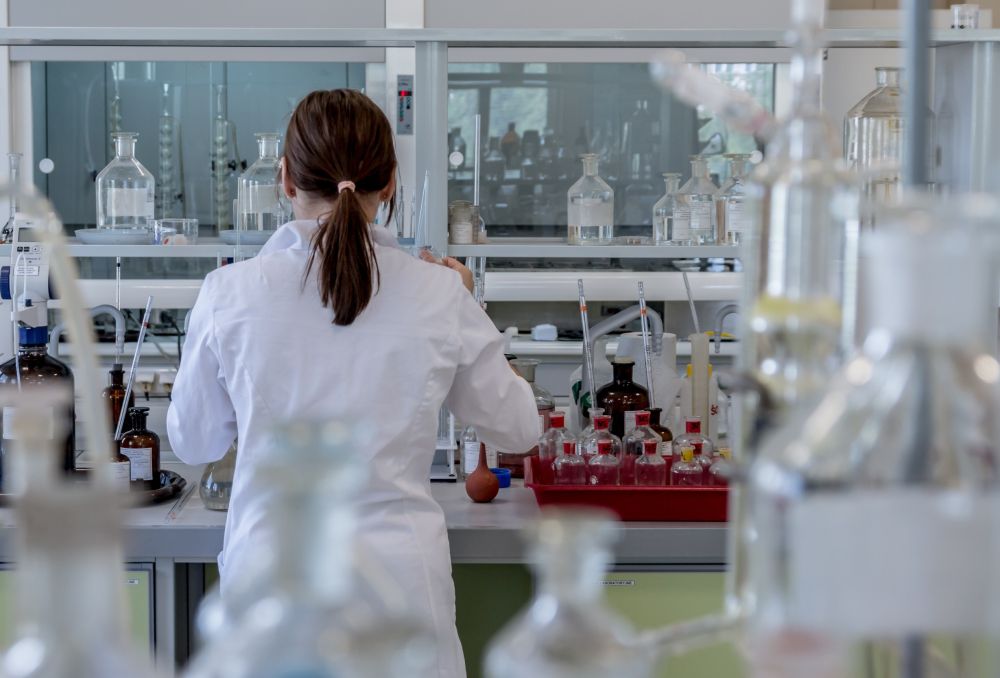 Israel spends more on R&D in GDP terms than any other developed country. The country spends around 4.5 per cent of its GDP on R&D (84 per cent comes from private sector). While Korea comes close, EU & US spend anywhere between 50 per cent and 70 per cent of Israel’s R&D spend. Its government program ‘Yozma’ (Hebrew for initiative), started in 1993, paved the way for propelling private sector R&D, which included incentivising private sector participation. Israel houses more than 350 corporate R&D centres that include the likes of Microsoft, Apple, Google and Samsung. Intel set up its R&D facility in Israel 40 years ago.

Compulsory Service in Army and Travel Around the World 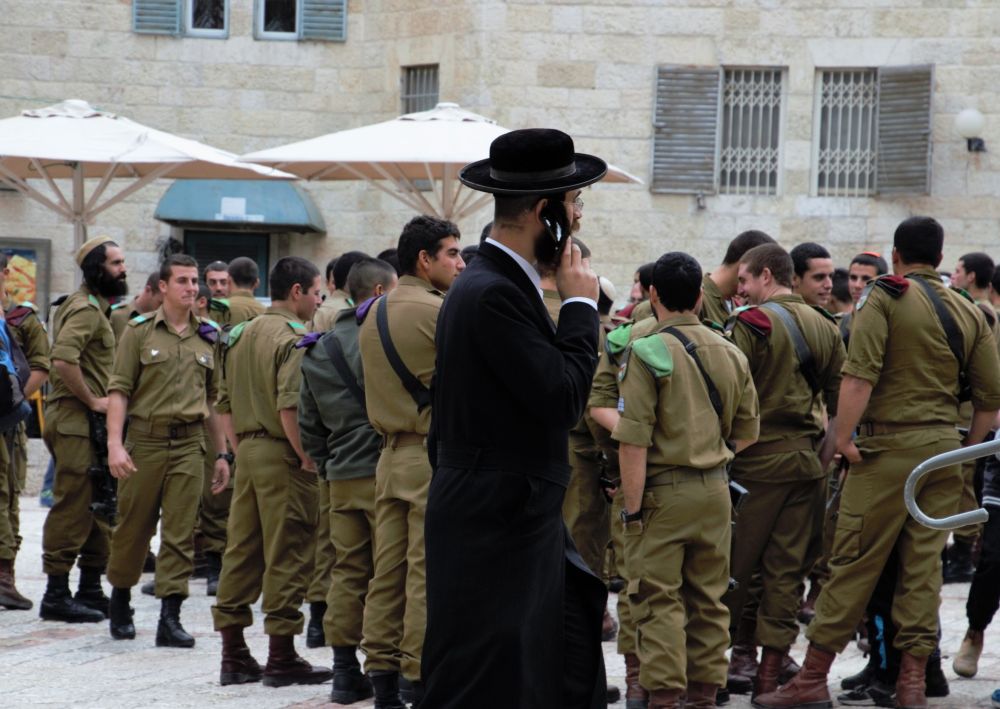 National military service is mandatory in Israel (except for Arabs and for Orthodox Jews). One can see twenty year old boys and girls in control of sensitive positions , fully armed with semi-automatic weapons.

Getting enlisted for combat missions and cyber intelligence wing Unit 8200 (Corps of Israeli Defence Forces) is considered prestigious. Unit 8200 primarily has 18-21 year olds. As they are very young and have just a short service period of three years, they get selected based on their rapid adaptation and speedy learning abilities. Unit 8200 is rated as the foremost technical intelligence agency in the world in the league of the NSA in the U.S. Each year 75,000 such youngsters are discharged from Integrated Defence Forces (IDF) of Israel, out of which a third travel across South America, Asia and other parts of the world, learning on the go, taking local jobs, and imbibing the very important art of survival and risk management. The backpacking culture started in 1973 by Israeli soldiers affected by war trauma appeared to have become mainstream. It is said that 30 per cent of Israelis go overseas during holidays, and that half of the entire population has travelled out of the country at some point of time. One can assume the level of readiness such an experience and exposure would provide when they join college, the formal workforce, or start a venture upon their return. 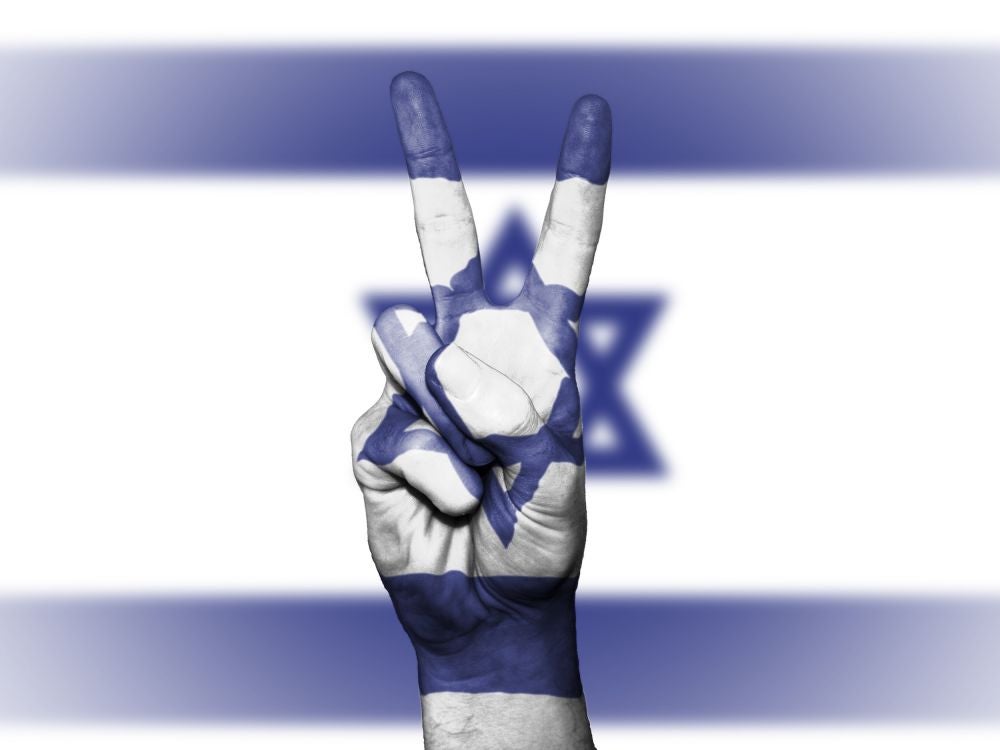 My belief is that genetic factors that ensure the survival of the fittest is helping this country, especially when you take into account the majority of Jews who survived hardships around the world and chose to return to their land. Israel has peace agreement with Jordon (though it had wars with it in the past), hostility with other neighbours such as Syria, jihadists controlled Gaza strip, complicated territorial relation with West Bank (Palestinian Authority), Lebanon, Egypt and Arab countries such as Saudi Arabia an Iran. The ability to survive in dangerous and life threatening environment provides ample wherewithal to face the adversities/challenges in a start up environment. Over the years, Israel conducted several daring (although not internationally popular) moves for ensuring its survival. Zic Aviram, CEO of Mobileye which was acquired by Intel for $15 billion once said that his engineers are most motivated by problems that are next to impossible to solve and he feels that this is very unique. I think if one is driven to a corner with life always under threat, out of the box thinking is the only way out. 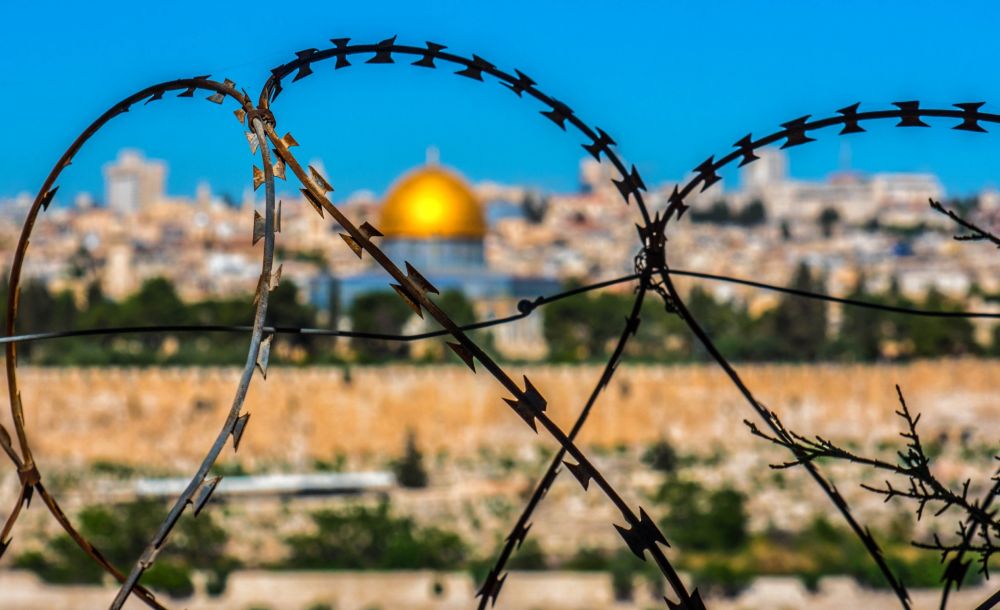 With the intent to safeguard its country from hostile neighbours and terrorists, Israel has heavily relied on technological warfare over the years. It’s famous Iron Dome is capable of handling missile attacks mid-air. The second day of my visit, Palestinian Islamic Jihad fired 450 missiles on Israel. None of it could achieve its objective as the Israeli Defence Forces have the ability to sense the enemy missile attacks and destroy them using its anti-missile warfare (Iron Domes). There are 150 active defense companies in Israel (including the likes of Rafael), with combined revenue accounting to over $3.5 billion.

The cascading effect of defense technologies getting repackaged for civilian applications and the skills permeating to industrial R&D/ innovation is huge. For eg. the diagnostic pill camera was invented in 1990 by Israeli inventor Gavriel Iddan who was an electrical engineer and had earlier worked on the development of developed guided missile systems at Rafael. 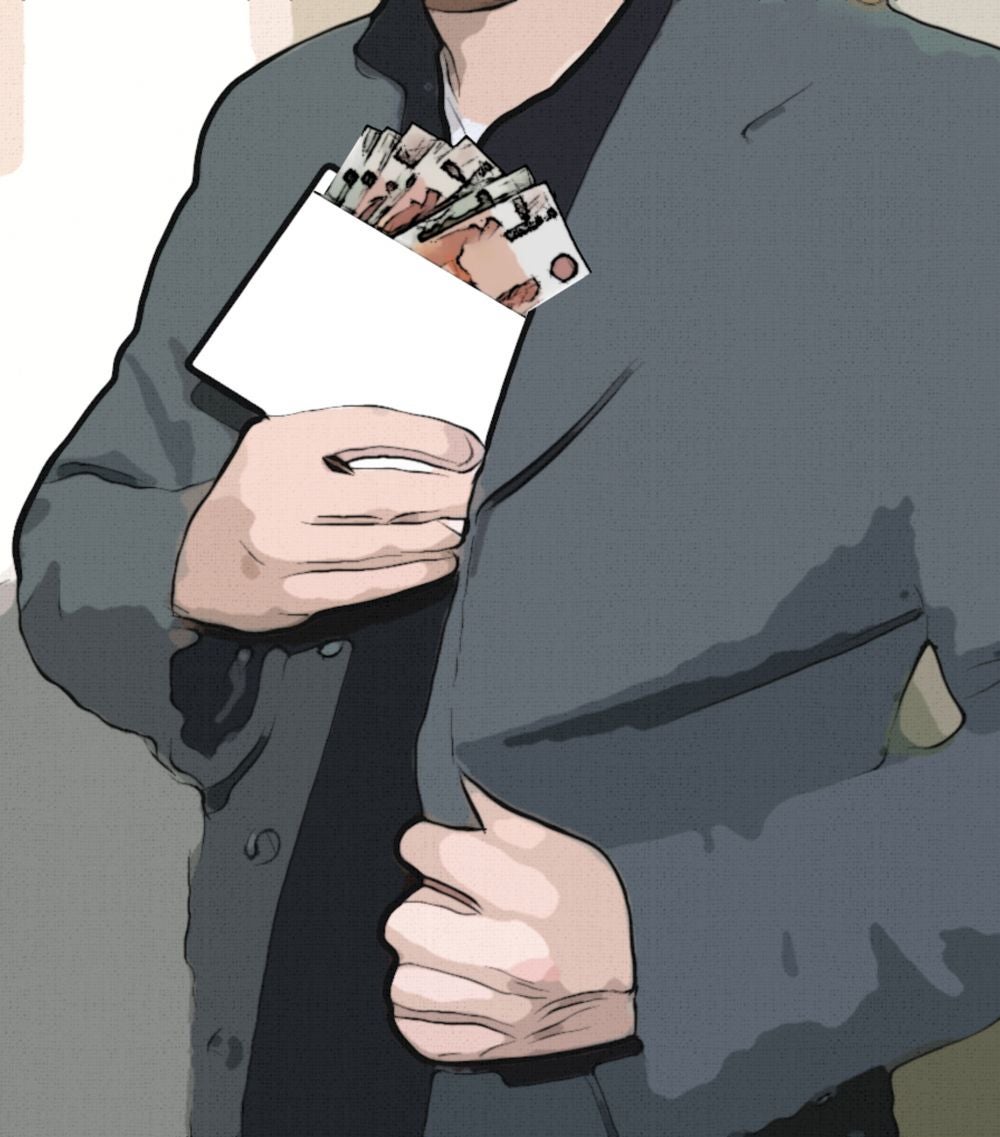 The results of the 2019 elections in Israel showed that no party was in a position to form a government, until recently. But back then, the already tense political scene was made worse after its then Prime Minister faced corruption charges.

It appears that corruption is taken very seriously in Israel and one of the experts I met mentioned that it is going to be extremely costly for anyone opting to be corrupt in Israel.

Free press and democratic values upheld by the citizens are seemingly helpful in exposing the corrupt in the country. According to Transparency International’s 2018 corruption perception index, Israel score is 61 (0 signifies most corrupt country and 100 for a clean country). Corruption doesn’t appear to be institutionalised and businesses can largely operate and invest in Israel without interference from corrupt officials. This is also evident from the ease of doing business 2019 rating wherein Israel was rated as 34 among 180 countries surveyed. 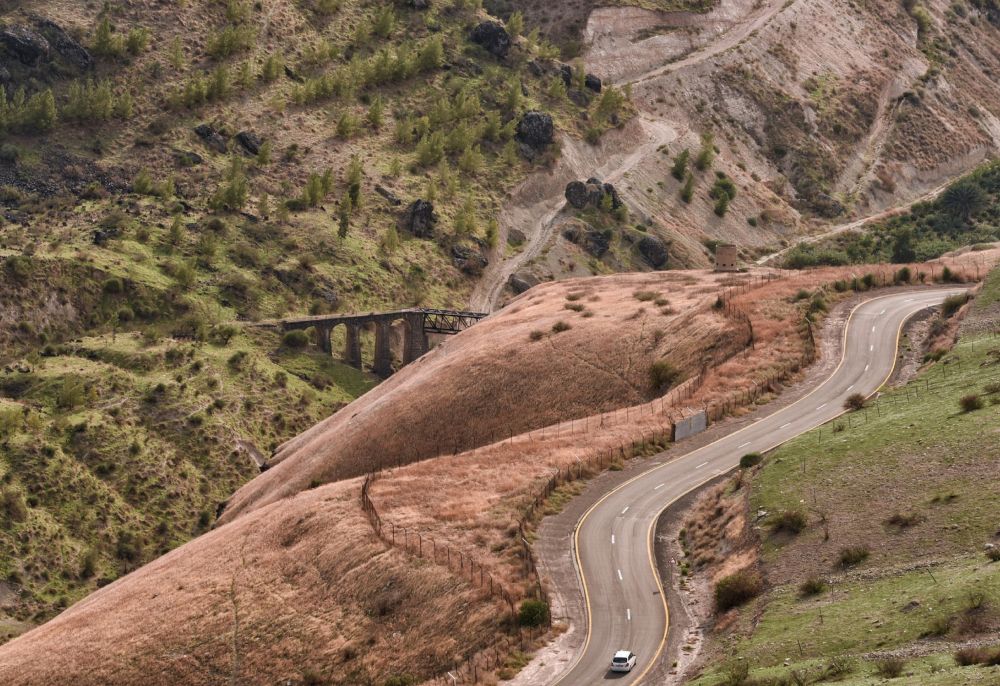 ‘Necessity is the mother of invention’ is a famous adage that can be applied here. Israel has no or very low natural resources. Less than 20 per cent of its land is arable and hence not very productive for agricultural purposes. Because of the desert landscape (60 per cent of Israel is desert), the scanty rainfall it receives each year is not sufficient to meet the requirements. One might argue that African countries have much more necessities. However, the combinatorial factors discussed above, help the country to overcome the natural challenges using science and technology.

Its world famous drip irrigation systems, water desalination systems, allied automation systems, and technologies to carry out agriculture even in deserts have helped this country to overcome the odds. As part of its peace agreement, Israel is even sharing water with Jordon, and training its farmers in agricultural technologies. As per local media report, 90 per cent of Israel’s domestic and industrial water waste is recycled and used for agricultural purposes. In agricultural farms, one could see few people managing thousands of hectares of land, thanks to most agricultural processes using automated systems and processes. People work more with tools than with hands. In my view, lack of resources is a major motivator for innovating and thus paves way for a start up boom. 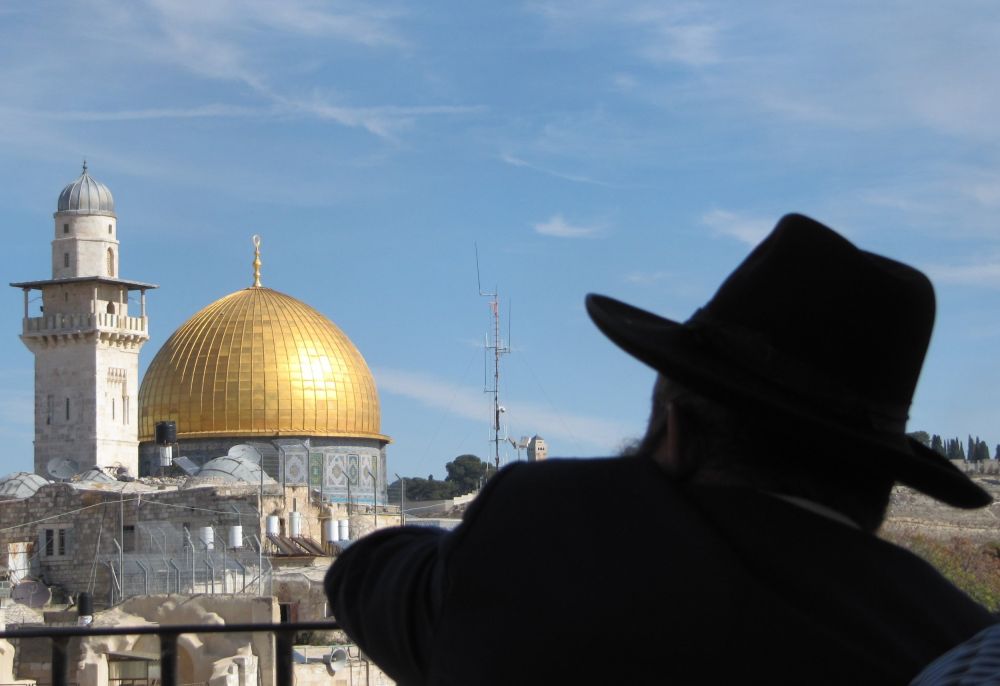 Israel is home to 10 million people, out of which only around 1.4 million people are in the high tech R&D. But, Israel stands number 1 in terms of the number of researchers per 1000 people employed, and in the number of engineers per 10,000 people. The quality and skill level of the human resource seems to be the clear differentiator there, and an important recipe for success.

Overall, educated and skilled labour force, modern information infrastructure, an effective innovation system, ample incentives for knowledge creation and distribution and the mind-set of the people of Israel seem to contribute to the creation of knowledge based industries, deep tech and impactful ventures out of this burgeoning start up nation.