By Adam Toren
June 19, 2016
Opinions expressed by Entrepreneur contributors are their own.

Most dads work full-time, but do they run high-profit companies they built from scratch? This Father's Day, five motivated "dadpreneurs" are killing the game with businesses that not only help provide for their families, but serve to inspire them as well.

Avi Lele was Christmas shopping for his nieces and nephews one year when he experienced a flash of inspiration. Why, instead of gifting his younger family members toys they'd forget about in a month, couldn't he give them stock in their favorite companies instead? Unfortunately, it wasn't so easy. Stocks were far too expensive to gift casually over Christmas, and Lele would need his nieces' and nephews' social security numbers in order to open brokerage accounts for them. He settled for the toy store that year, but the idea stuck with him. 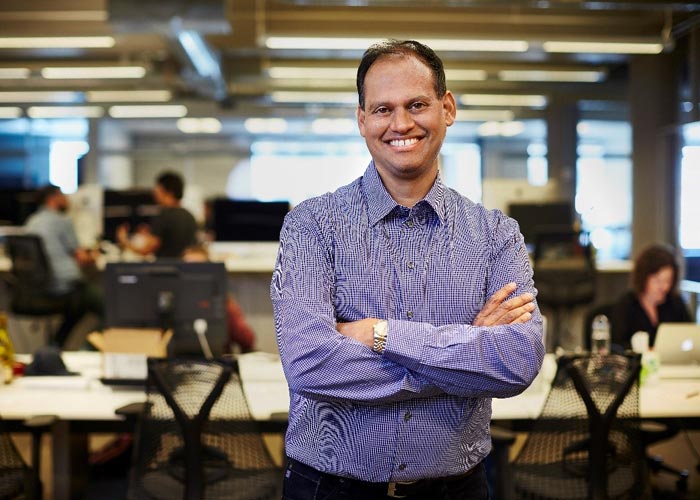 To test its viability, Lele stood outside an Apple store one weekend in 2010, asking incoming customers and window-shoppers if they'd be interested in gifting (or buying to keep) a $50 share in the company. People loved his idea more than he expected. Soon, Stockpile was born, making it as easy to buy and gift stock as it is to grab a gift card at the grocery store.

Aside from running and marketing a sales website, Lele manages a corresponding fractional shares brokerage that maximizes convenience and reduces confusion for customers. He credits his optimistic family for his success. "The key to juggling things is for your family to be 100 percent behind what you're doing." Lele said. "If they're into it, and as excited about it as you are, everything becomes a lot easier to juggle."

Looking back, it was always obvious to Bryan Nooner that he would be an entrepreneur one day. He was always adaptive to change, and he grew up strong-willed and stubborn -- here he apologizes to his parents. For him, it wasn't the choice to start a business that changed his life -- it was the choice on which business to undertake. 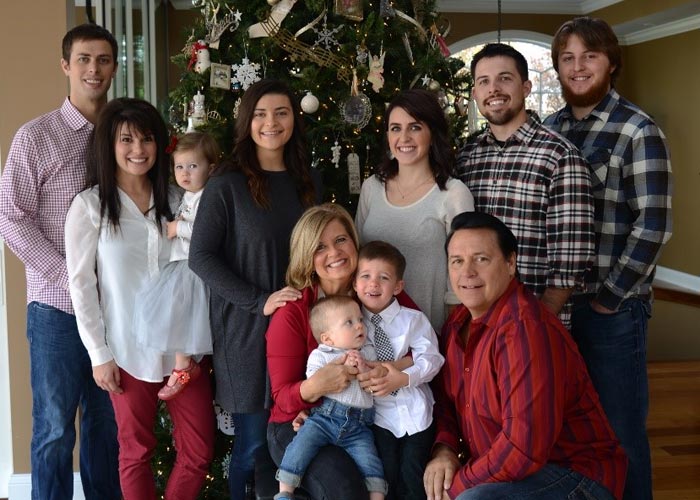 A golden opportunity came when Nooner and his wife spontaneously sold their brand new home to an eager buyer in the 1980s. After that, they started constructing homes for sale directly. The Nooners formed contracting companies one by one as they took on the Chicago home building business -- eventually becoming the ninth biggest home builder in the county.

Now Nooner runs Twist and Seal, an industry leader in cord protection products. Even with so much entrepreneurial experience between himself and his family, Nooner says he often has a tricky time balancing work with valuable social time. Even when business and family duties collide, he wouldn't change his unique lifestyle for the world.

"I love the challenges that being an entrepreneur brings," he said. "It's a vibrant, high-definition life. I tend to see the world around me as it can be and not necessarily as it is. Things are always changing, and new ideas are a moment away. There are interesting people and new opportunities around every corner."

Marc Toland always wanted to become an entrepreneur, but a Wall Street background and a steady job assisting architect companies with business plans and capital, prevented him from taking the initial plunge. It wasn't until he acknowledged his compiled entrepreneurial knowledge that he realized he was ready to jump.

He started with Delaware Corporation LLC, a company aimed at helping new business owners organize their ventures locally. Then he moved on to Sooner Alarms, an ingenious type of fire alarm that helps to minimize property damage and keep family members safe in the event of a disaster.

No entrepreneur is immune from criticism while they chase their wildest dreams, but unfortunately, those with young children experience heightened risk. Toland knows there's a shift in mindset between employees and entrepreneurs. 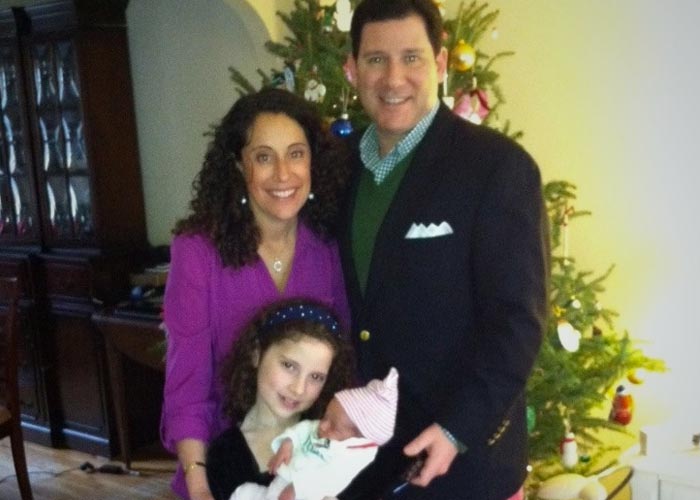 "It is difficult for people who don't take risks to understand entrepreneurs," he said. "I try to explain there are no guarantees in any business or life in general." He leaves these words of inspiration for new dadpreneurs: "Make sure you have a support team professionally and personally, and discuss details of what's going on -- good and bad -- daily. Your family is in this with you. The less you talk about business with them, the more [they'll] worry."

"Don't be afraid to dream big." That's what Edward McCloskey has to say after 23 years of running the international success WaterWipes, a company he started from scratch. WaterWipes produces just what it sounds like -- polyester baby wipes soaked in clean water, with just a touch of skin-softening grapefruit seed extract. The product was born out of a need for his family. McCloskey's daughter kept getting diaper rash, spurred by the harsh chemicals found in everyday wipes. McCloskey already owned Irish Breeze Ltd., a skincare product manufacturing entity, so he created WaterWipes as a solution to his daughter's -- and virtually every other baby's -- rash. 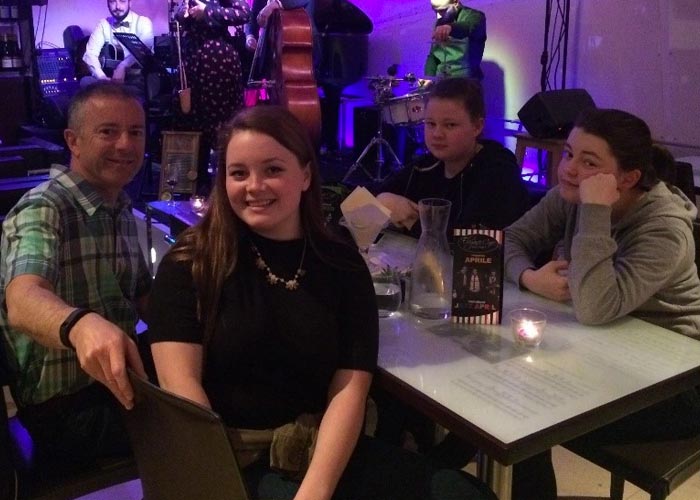 Now that his children are hitting their teenage years, it's easier for McCloskey to log his 40 to 60 hours a week without chasing them around the house -- even though much of his work time still comes after his daughters have gone to bed.

His version of self-care -- a necessity for any entrepreneur, no matter how busy -- is accomplished through yoga, cycling, running and enjoying the great outdoors. Though hundreds of devices and applications are available to help boost productivity and assist with time management, McCloskey says in entrepreneurship "common sense is the best tool."

Jon Sumroy ditched what he calls the 3 S's -- safety, security, and salary -- a few years ago when he started a consulting business for multinational companies. His venture kept him perfectly comfortable -- and busy.

Related: How Stay-at-Home Dads Can Get In on Entrepreneurship

But along came a problem that many of you may be able to relate to. Sumroy realized his kids were struggling to ride safely in friends' parents' cars when the groups were short on booster seats. He wanted to provide his children with something they could take with them on playdates and trips with grandma, but existing booster seats were far too bulky. Plus, their logistics were a little backwards. Instead of bringing the seatbelt down to the child's level, they rose the child up to adult height. 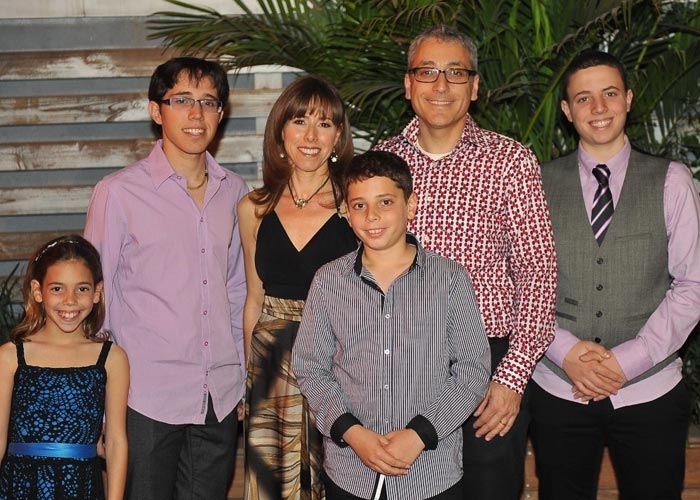 In his spare time, Sumroy started working on a product that could achieve the former. His first prototype looked a bit meager -- it was made with canvas mats, straps and mountain climbing clips -- but when he tested it at the Transport Research Laboratory in the United Kingdom, he was amazed. His lightweight, folding mifold provided an identical level of protection as a regular booster seat.

Having just passed final regulatory approval in the U.S. and Europe, mifold has finally moved into production. When asked about entrepreneurial challenges, Sumroty offers an unconventional response -- skepticism.

"It is amazing how negative people can be and how difficult this makes it to remain motivated, especially in the early days" he said. "It takes both internal and external factors to keep going. Great determination, focus, belief and passion on the inside, and loving, caring, motivating support from the outside. I was incredibly lucky to have my family, my wife and four children who supported, encouraged and inspired me."

Despite the extra time and energy it takes to build a business while caring for family, these five dadpreneurs built miniature empires for themselves without losing sight of what matters most. Which working dads are you honoring this Father's Day?