By Neil Parmar
July 10, 2014
Opinions expressed by Entrepreneur contributors are their own.

Legos are a white hot brand in a toy category that in 2013 saw $4 billion in sales. Those are impressive numbers – but those numbers don't matter much to frazzled parents trying hard to keep the multi-colored bricks out of the vacuum. Those moms and dads are more worried about how they can stop buying sets kids plead for once and then forget forever. For these families, a California-based startup might be able to lend a hand.

Launched last May, Pley rents more than 250 different kinds of Lego sets for $15, $25 or $39 a month (including shipping). Each Lego set is sanitized between mailings. Toy rental reduces clutter for space-crunched families, gives choices to fickle kids and eliminates waste, a concern for eco-conscious parents. The service boasts more than 20,000 members and has secured $6.75 million in Series A funding. Recently, it was also advertising 15 open jobs so that it could expand further, which in the future might include subscription offers to other types of toys made by major manufacturers or smaller, independent players.

That is, of course, if the copycats don't move in first. Some competitors include Spark Box and Just Play Toy Rental. They also include Toygaroo, a SharkTank darling which filed for bankruptcy a year after receiving funding from both Mark Cuban and Kevin O'Leary. That domain has been purchased by new owners and a rebrand will focus solely on Lego rentals. The shared services space is a crowded one with even Amazon entering the fray, says Lisa Gansky, a startup investor and author of the book The Mesh: Why the Future of Business is Sharing. "Pley should be paranoid that others are standing by and will [jump in] as soon as they are able to."

Pley plans to build its business one brick at a time. Instead of offering a range of categories, like dolls or action figures, the company is growing its membership base exclusively with Legos—which could help sidestep having to follow trends in an industry where kids are notoriously fickle. Says Gansky, "It's a pretty sexy offering and it will carry them for some time." Indeed, the challenge for Pley is remaining focused and exploring one corner of the market extremely well, "because there's a tendency to do 15 other toys—like Thomas the Tank Engine and Barbie, and there's a huge market for them," says Ranan Lachman, Pley's co-founder and CEO. "Strategically, you can expand your market to [younger] or older kids but the challenge is to be really focused on Lego." 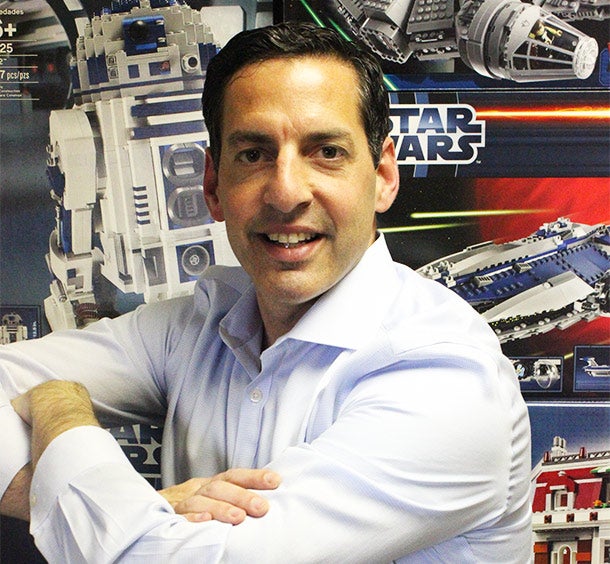 This method helps Pley master a category while defraying ramp up costs. Sets Pley rents out are either newly purchased or bought pre-owned from families. Parents can earn $5 of Pley credit for each pound of Legos they trade in and this summer will get a month's free subscription for the same amount of bricks. This incentive serves parents while helping with one of the concept's most important expenses: the bricks themselves.

Pley owes much to a business model it blatantly borrowed from Netflix and applied to the U.S. toy industry, where consumers shell out more than $22 billion each year for shiny new building sets, action figures, puzzles and other games. Lachman actually moved to Santa Clara from New York specifically because the city was just a short distance from Netflix's headquarters in Los Gatos. "We're able to tap into the talent of Netflix," says Lachman, who has lured three of the company's employees over to Pley to help with its back-end operations and technical support for its distribution centers.

"Silicon Valley is a hotbed of technology, and a lot of the successful subscription-based companies are founded there," says Lachman. "We felt there was a mindset around that that was useful."

Still, Pley has developed plenty of its own unique capabilities, including an algorithmic weighing system that can tell up to one one-hundredth of a gram how many pieces are missing from each set that a family returns. With the help of imaging technology and a little human intervention, the system also replaces the missing pieces before a set gets sanitized then redistributed to another family. (Pley's "play nice" policy allows for up to 15 missing pieces before a family gets a courtesy email asking them to return additional Legos within 10 days, or risk getting dinged with a restocking fee that's equivalent to 40 percent of a set's cost.)

Also, unlike Netflix, which has long mailed a new DVD only when an old one has been received, Pley starts shipping another Lego set once a mail carrier picks up the old one. The company is also rolling out a video-based feature that would show a child multiple ways to build structures—like both a submarine and a castle—from the same set. And there are regular discussions about launching new product lines aside from Lego across a variety of age groups, such as toy trains for toddlers or dolls for young girls.

Lachman says that if Pley grows enough—say, to 300,000 families—the company could expand to new kinds of toys. But for right now he's more concerned about getting a large user base interested in Legos. Says Lachman, "What we are building is operational excellence that will deter people on trying to get into the space."