By Bryan Keplesky
March 17, 2011
Opinions expressed by Entrepreneur contributors are their own. 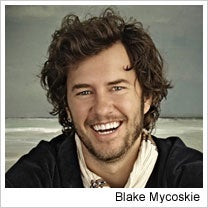 Blake Mycoskie, founder and "Chief Shoe Giver" of TOMS Shoes, delivered a polished closing keynote address at SXSW Interactive. He started with a brief background on the history of TOMS.

Mycoskie, originally an entrepreneur from Texas, went to Argentina to decompress after a few tough months of work. While there, he befriended a few Americans who were volunteering by giving shoes to children. Mycoskie went along and was immediately struck by the abject poverty and suffering of the villages he visited. He was also struck by how many children were running around barefoot. He wanted to help, but rather than start a charity he decided to start a business.

His vision: One for One -- that is, for every pair of TOMS shoes bought, one pair is given to a child in need. With that philosophy, TOMS attracted the attention of the Los Angeles Times and Vanity Fair. While the publicity helped, Mycoskie attributes TOMS success to giving. Otherwise, TOMS would "just be another shoe company." He offered three tangible points that make a case for giving, which he called "a really good business strategy."

First, your customers become your marketers. In fact, TOMS doesn't utilize advertising at all. He shared a story about striking up a conversation with a woman at an airport in New York City who was wearing TOMS. She spoke passionately and at length about the shoes and about the company's philosophy and giving. Mycoskie felt that if someone would tell a complete stranger about TOMS, imagine what she said, tweeted or posted to her network of friends about TOMS.

Second, you retain amazing employees. When a company incorporates giving, even if it's a small percentage of profits or one day a quarter for volunteering, employees start to feel like they are a part of something bigger. And they feel good. If employees work for a company that invests in giving, employees will invest their time, energy and passion into the company.

Third, you attract great partners. Mycoskie attributes the surge in popularity of TOMS to Ralph Lauren, who designed a special line of TOMS shoes for his rugby brand. Ralph Lauren had never collaborated with an outside brand in 40 years, and his involvement gave TOMS serious credibility. AT&T followed Mycoskie on a "shoe drop" -- when Mycoskie and others deliver shoes to children in countries such as Argentina and Ethiopia -- and filmed a commercial about TOMS. Subsequently, TOMS got even more coverage and awareness.

Mycoskie ended his keynote with a bit of a teaser. He proclaimed that TOMS is no longer a "shoe company," but a "One for One Company." He unveiled a large, tall box onstage that holds the next TOMS product. There was a collective gasp from the audience as it anticipated him opening it. However, Mycoskie said the big announcement comes on June 7. In the meantime, orders for TOMS continue. Since 2006, the company has given away over a million pairs of shoes to children in need.

And now a question to readers: have you anything to share about how to grow and attract great partners through the strategy of giving back?