Creating a Startup at 60 MPH

By Bryan Keplesky
March 14, 2011
Opinions expressed by Entrepreneur contributors are their own. 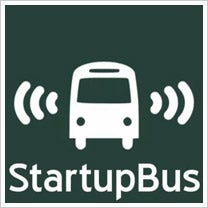 As soon as I picked up my credentials at the Austin Convention Center, people wearing identical light blue shirts, huddled over laptops and coffee at a smattering of tables immediately caught my attention. Their shirts reading "StartupBus.com" came with this description: "The best do-ers, thinkers and designers hacking a real startup together over a few sleepless days in a bus moving at 60mph." It appeared the Gatecrashers had arrived.

After spending some time on StartupBus.com. I was able to get a fuller picture. Now in its second year, the StartupBus, which is supported by companies including Microsoft and AT&T, is a rapid-fire entrepreneurship, coding and problem-solving competition rolled into one. From six different cities (New York, San Francisco, Silicon Valley, Chicago, Cleveland and Miami) teams of established entrepreneurs, CEOs, coders and developers worked on creating a startup -- complete with a working demo or application during a 48-hour bus ride to Austin. What could normally require months or even years is fleshed out in a matter of hours.

After hours of working and driving, each regional team created its own two-minute pitch --oftentimes while still on the bus, or their hotel or on the streets of Austin itself -- making the case for their new startup. Today, the teams entered the entrepreneurial octagon at a SXSW panel. The winner will undoubtedly receive great exposure and hopefully funding.

Here are my favorite three startups from this year's StartupBus competition:

Bouncr (San Francisco)
Bouncr is an online application that helps users uniquely manage your email against spam. Rather than handing out your email address, Bouncr provides an alternate email address -- akin to bit.ly -- which is linked to your real one. Here's an example of how Bouncr works at SXSW: When you RSVP to any one of the hundreds of parties, you have to submit an email address with the knowledge that it will get circulated and sold into the ether and possibly spammed into oblivion. By supplying a spoof address instead, Bouncr eliminates that possibility.

FullyFollow.me (Chicago)
Perhaps inspired by The Office's WUPHF, FullyFollow.me suggests a clever solution to managing your ever-expanding social profile on the Web. Instead of having to track down a new contact on Facebook, LinkedIn and Twitter, FullyFollow.me provides a one-page profile that allows users to immediately connect with individuals across the entire social web.

WalkIn (Silicon Valley)
A QR code-based app that allows you to reserve a table at a restaurant. Simply walk up to the door, scan the restaurant's unique QR code at the entrance, and secure your spot in the queue. The backend software would let the restaurant manage the reservation list, and, when your table is ready, send a text alert.

The running theme among these three startups -- and the other contestants -- is that they all have created applications that solve specific, real problems. The extreme turnaround time appears to be an effective test for entrepreneurs and engineers to sharpen their focus, think simply, and, hopefully, hit on the next big thing.