Here are three lessons Hector Saldívar has learned on his journey to bring the bold flavors of his Mexican home straight into our kitchens.

By Mita Mallick
December 17, 2021
Opinions expressed by Entrepreneur contributors are their own.

I've written previously about how the pandemic has made cooking with my children part of my normal routine. It's an opportunity to get them to help me in the kitchen and to teach them about healthy eating. It's also an important opportunity for me to start shattering stereotypes about how certain types of foods aren't good for them. One particular cuisine that too often gets branded as "unhealthy" is Mexican food.

"From an American perspective, we think of Mexican food as being fried, filled with cheese and topped with sour cream, and extremely greasy. And that's just not true, " says Hector Saldívar, founder of Tia Lupita Foods. "There is so much more to Mexican food than the Americanized burrito. Mexican food has been and continues to be a trendsetter in the food space — and it's healthy."

So Saldívar is on a singular mission to change Americans' relationships with Mexican food. As a Mexican founder, he knows that food is love. His mother, known affectionately as Tia Lupita ("Aunt Lupita" in Spanish), filled the family kitchen with the love, laughs and tasty eats that brought everyone together. "In Mexico, family recipes are valuable heirlooms carefully handed down from generation to generation," Saldívar says. "Tia perfected her own family hot sauce recipe to create a delightful balance of heat and flavor, coveted by anyone lucky enough to get a taste. I named the brand to honor my mother and our family legacy."

From hot sauces (my favorite is Tia Lupita Chipotle) to cactus tortilla chips, Saldívar is focused on cutting out preservatives, using gluten-free ingredients and adding no sugar and very little salt. The Tia Lupita grain free cactus tortillas are also soft and flavorful, with only six grams of net carbs and 45 calories per serving.

"It's important for me to introduce these amazing ingredients we have on hand that are so culturally connected to Mexico and my heritage — nopales, or cactus. Cacti are the most sustainable plants in the world and need little water to grow," Saldívar says. "We are intentional about reducing our carbon footprint and saving water. We are on a mission to help save the world, one taco at a time."

Here are three lessons Saldívar has learned on his journey to bring the bold flavors of his Mexican home straight into our kitchens:

Over-index on your strengths

As a child, Saldívar always thought he would follow in his father's footsteps and become a doctor. After struggling during the first two years of medical school, Saldívar's father sat him down and encouraged him to follow a different career path.

After leaving medical school, Saldívar had a successful career in the food industry working at Nestle and Diamond Snacks. It was an incredible training ground to start Tia Lupita. "I learned how to develop a business plan and to understand the details about how much it was going to cost you to solve the problem, and how much money you would ultimately make," Saldívar says. He also learned the art of telling a story, with scripts and narratives on how to present and sell. And finally, understanding the basics of sales planning and forecasting was critical in his training.

"I over-index on my strengths now, all of which have helped me ultimately start Tia Lupita," Saldívar says. "I had built a track record of success and the skills I needed to finally bet on myself." 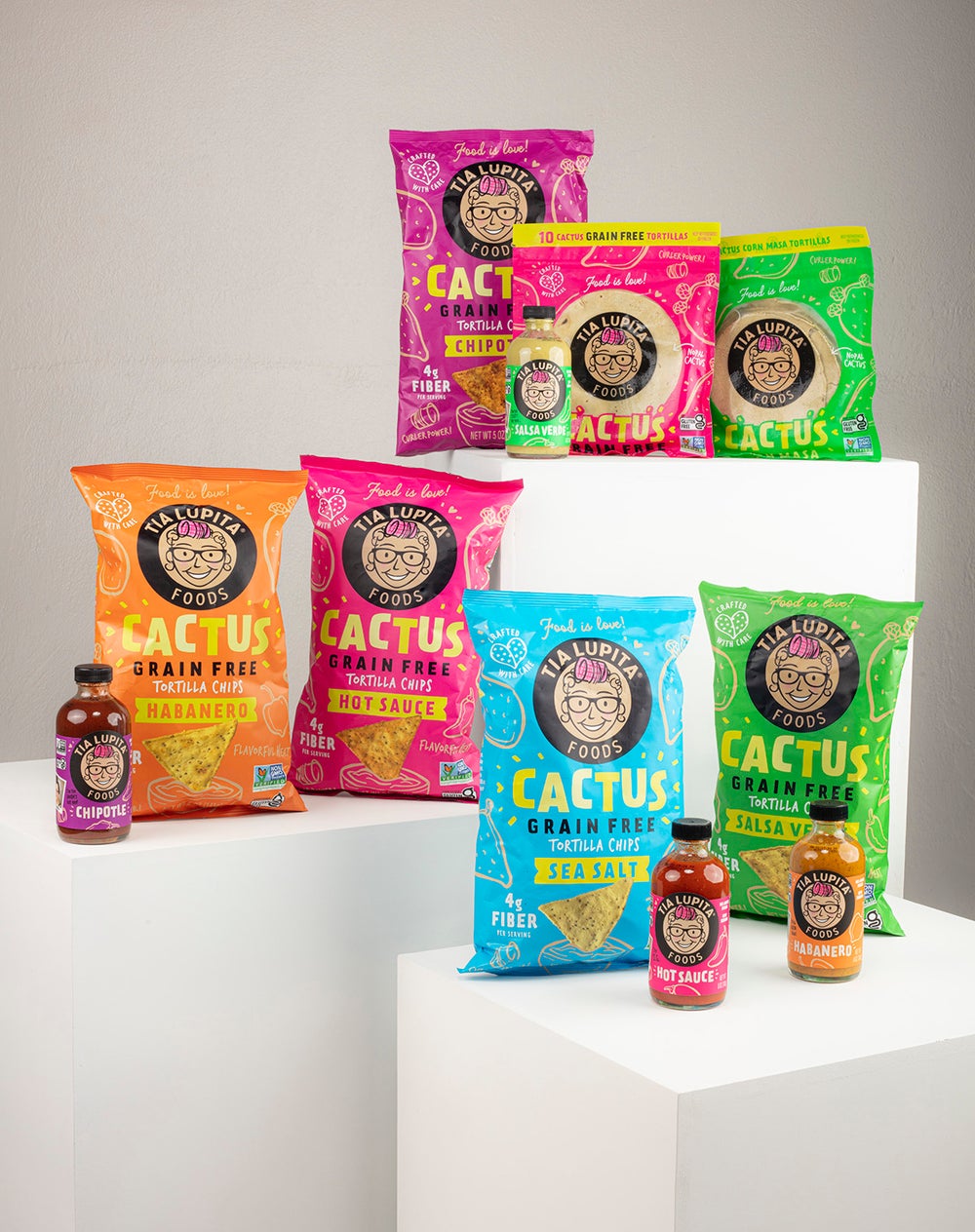 In 2017, when Saldívar was working at Diamond Foods, the company was sold. He found himself at a crossroads. Did he work for another food industry titan or finally go off on his own? "I saw so much white space and little-to-no competition," Saldívar says. "Mexican brands that were in the marketplace had not updated their ingredients and were filled with junk. They had not been innovating and were comfortable offering bland or mild-tasting products."

Saldívar envisioned creating a brand that wasn't for his grandparents or his parents, but rather a brand that was authentic, original and connected with the next generation. "I started my career selling nostalgic products to Mexican immigrants," Saldívar says. "Now, I'm selling to the kids of Mexican immigrants who have grown up and are paying attention to what they put on their kitchen tables."

Today, Hispanic buying power in the U.S. is $1.9 trillion, which is larger than the GDP of Italy. Hispanics make up 20.8% of the millennial generation, now the most diverse generation in U.S. history. Three out of four Americans agree that Hispanics continue to have a huge impact on mainstream culture and a significant influence on the food industry.

Don't underestimate the power of one

As a Mexican founder, the road to fundraising hasn't been easy for Saldívar. Although he initially bootstrapped the business and self-funded, he needed access to more capital and resources to continue to scale. "There are more people eating tacos than pizza and pasta both at restaurants and at home," he says. "But there's still a significant underrepresentation of Hispanic-founded startups. I'm raising funds right now, and it's definitely a struggle."

Saldívar also shares that because English is his second language, it can make it harder for him to communicate in corporate settings and meetings with investors. He describes having to translate what he's thinking into English to land his point. Saldívar sees some investors making snap judgements upon meeting him about whether he as a founder is "investable or bankable" or not.

He's looking forward to the world opening up again, where he and the Tia Lupita team can be in stores, doing field marketing events and attending food trade shows. Meeting people face-to-face and offering them Tia Lupita products to try for the first time are the moments Saldívar appreciates most.

"We need more allies to pay attention to Hispanic founders and support us," he says. "Don't underestimate the power of one individual. If you try Tia Lupita and love it, please share the experience. We need all the allies we can get."