Oliver Kenyon could have been satisfied with his early career trajectory, but he wanted more.

By Adam Toren
October 17, 2017
Opinions expressed by Entrepreneur contributors are their own.

When people ask me, "Adam, how did you become successful?" I know that they're really asking, "How can I become successful?" I also know that they're usually hoping for some magic formula that will get them there quickly. Some are even naïve enough to think the right "formula" will get them there with little or no effort. But, as every successful person I've ever met has confirmed, there is no formula like that. 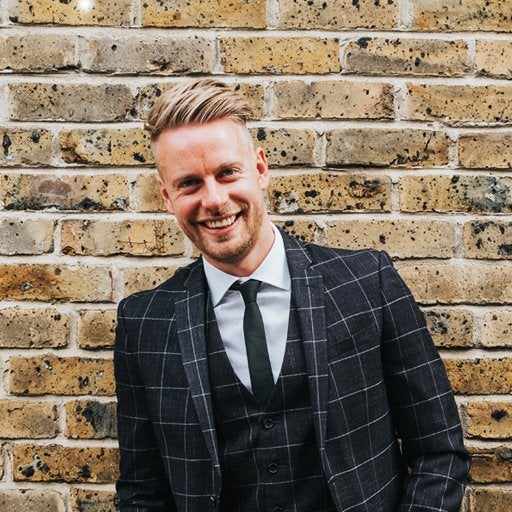 Kenyon's story is remarkable in some ways, yet somewhat typical of success stories you may have read before. Typical in that his story is one of determination and hard work -- what we all know as "hustle."

Kenyon is a young entrepreneur (29 at the time of writing) who, by the age of 13, was already on a path that could have taken him far enough for some people's liking. Working in the kitchen of an Italian restaurant, he became interested in the culinary arts and worked his way from making pizzas to helping prepare other food dishes to becoming a low-level chef. With his interest and skills growing, Kenyon dropped out of school to study culinary arts. He finished the three-year course in one and continued to move up the ranks in the kitchen.

That could have been the end of our story. No doubt, Kenyon would have been a successful chef, and perhaps, after 20 or so years working in the kitchens of prestigious U.K. restaurants, he would have eventually owned his own restaurant (which was always his plan).

But, at the age of 17, Kenyon discovered the internet and met someone who introduced him to the world of affiliate marketing. Working split shifts at the restaurant every day, he devoted the rest of his waking hours to learning and experimenting with online marketing, and by the seasoned age of 18, Kenyon saw his first returns on his effort. Running a cost-per-action (CPA) campaign with a friend, a contest people entered to win a shirt, they made almost £ 1,000 (about $1,300) a week. That's about the amount Kenyon was making per month as a chef.

As so many who experience early success do, Kenyon thought he'd found that elusive formula -- that the money would continue to roll in.

He was wrong. Around that time, a lot of things were changing with the internet, the affiliate marketing world and search algorithms, and Kenyon saw his income plummet. The techniques he had been using so effectively no longer worked, and it was clear the gravy train had derailed.

For the next several years, Kenyon focused on learning all he could about affiliate marketing, and CPA specifically. He ran campaigns that experienced some hits and some misses and enjoyed the journey, while always trying to grow and get better at his chosen field. During his journey, he joined a lot of industry forums and groups, and he was frustrated at how secretive people were with their successful techniques -- unless you wanted to pay them a ton of money. He wished there was a community of ethical, helpful affiliate marketers who were willing to discuss tactics and strategies openly in the spirit of helping each other succeed.

As there was no such thing, he decided to create it. In 2012, CPAFix.com, a forum site dedicated to CPA affiliate marketing, was born. Kenyon says he never intended to make any money with CPAFix. The idea was simply to provide a safe community for CPA marketers to learn, share, and grow.

But the idea was a hit.

Takeaway #2: Solve a problem. Kenyon saw a need and filled it. That's what nearly every successful business does -- some of the best even manage to do it before people know they need it.

Once word got out about the forum among the CPA community, it began to grow rapidly and became a popular destination for anyone interested in CPA. As traffic grew, Kenyon was pleased to see the site was so well received, but still had no plans of monetizing it. Then, someone asked him if they could pay him to advertise with a site banner. And that was the lightbulb moment that changed everything.

As he began to see the potential, Kenyon decided to purchase the domain AffiliateFix.com to broaden the audience further, and he set out to create a serious revenue model. He paid £2,000 (about $2,700) for the name, which was almost three months of wages to him then. But, he saw the possibilities with the site and went for it. Kenyon quit his full-time job, with zero guarantees of success, and pursued his dream of building his business.

He was 26 at the time, and he says he set just one goal: to be a millionaire by 30. He only told two people of his goal: his business partner and his girlfriend.

Takeaway #3: Seize the opportunity and set a goal. When something's working, don't get complacent. Take it and run with it, and set a BHAG (Big Harry Audacious Goal) to match the opportunity.

Eventually, Affiliate Fix ended up with three revenue streams: Banner ads, Affiliate marketing and upsells on premium memberships and company listings. Over the next few years, the site continued to grow, as did the revenue.

Kenyon began to get offers to acquire the site, and this is where he needed advice and guidance. The site was doing well, generating a good income. But, what was it worth? And how do you vet potential buyers?

Kenyon and I met around that time. We hit it off, and when Kenyon came to me with questions about an $800k offer for the Affiliate Fix site, I told him I thought he could do better and that I'd help him find a buyer. I introduced Kenyon to the team at Wired Investors earlier this year, and a seven-figure deal for Affiliate Fix was closed just a few months ago. He says he'll never forget the moment he told his girlfriend he had met his goal.

Kenyon also retained a small equity stake and consulting role. He said, "I felt like I was ready for a new challenge and that Wired was the best fit to take Affiliate Fix to the next level, but it's been my passion for quite some time. I couldn't walk away completely."

Takeaway #4: Get a Mentor. Don't be too proud or afraid to ask for help and connect with people who are where you want to be. Ask people you admire to mentor you. They'll likely be flattered and be keen to help.

Today, Kenyon is on to even bigger challenges, working harder than ever on his two latest ventures; a software-as-a-service (SaaS) business called Pagesource, and a cutting edge business media platform called Rebelhead.

If Kenyon succeeds at these ventures, it will no doubt be for the same reason he went from low-paid chef to millionaire: hustle.

His single goal kept him focused on the prize. He worked long hours as a chef and still made time to learn and experiment with different marketing methods. He kept pushing himself to grow his business, even when things weren't going well.

Hustle is more than hard work. It's perseverance, determination and a positive outlook. It's doing your best, even when you don't feel like it.

It's simple, but it's not easy.