By Carly Okyle
February 19, 2016
Opinions expressed by Entrepreneur contributors are their own.

It's hard to imagine the world without the Internet.

For some of us, that is: It may be 2016, but 46 percent of U.S. small businesses still don't have a website for their company, according to a report released by business-to-business research firm Clutch. 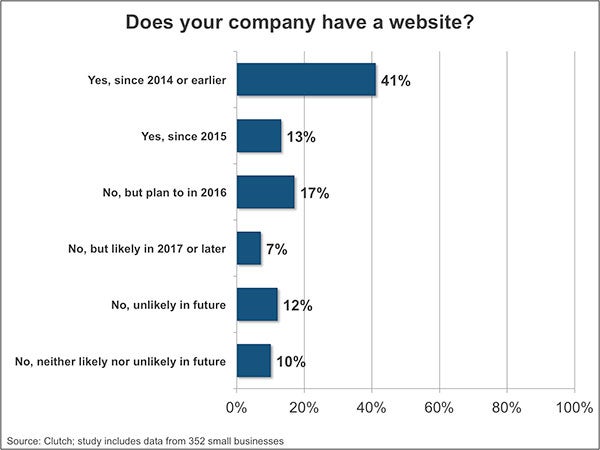 Nearly a third of surveyed respondents said that they didn't have one because it wasn't relevant to their business or their industry. That could be a problem. As Max Elman, the founder of Razorfrog Web Design, said in a statement released with the report:

"No matter what type of business you run, if you have customers, it's necessary to have some sort of information online, at least a page describing who you are and offering contact information. It's essential to have this information indexed and shown to those looking for you." 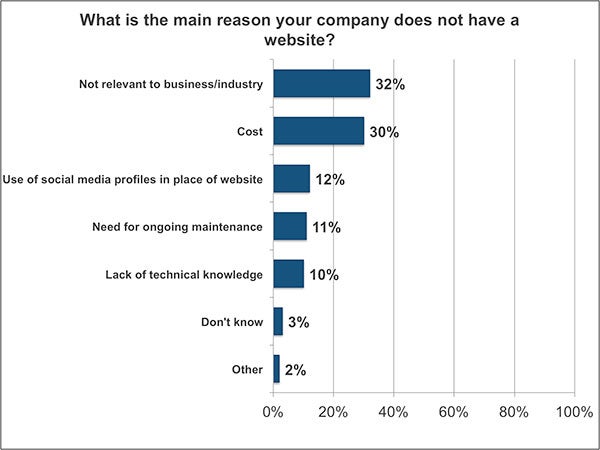 For the 64 percent of small businesses that do have a website, many could use a technological upgrade: Nearly a quarter of these businesses said their websites weren't compatible with mobile platforms. Of the online improvements business owners planned to make, search-engine and social engagement topped the list with 40 percent each, followed closely by improvements in content and design. 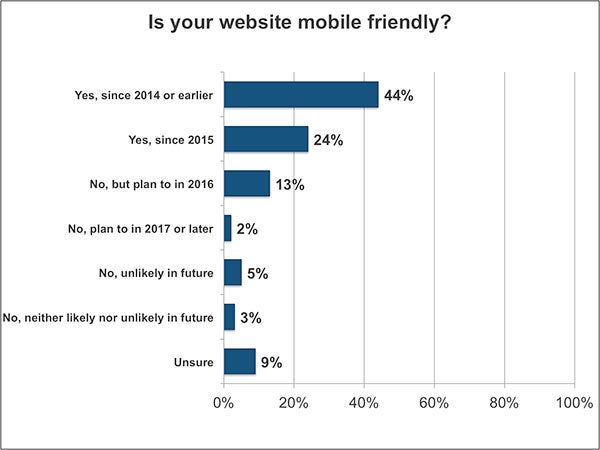 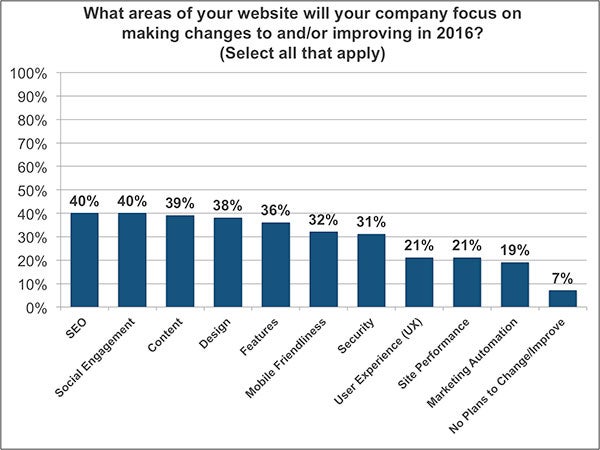