Men's Jeans That Fit the Woman and the Times

By Carly Okyle
October 24, 2015
Opinions expressed by Entrepreneur contributors are their own.

This story was originally published on July 1, 2015.

Fashion is a method of self-expression with seemingly endless possibilities, but its categories are often rigid: mens, womens, juniors. Unisex is rare at best. So what do you do if you identify as an androgynous woman and you can't find options to accurately demonstrate to the world how you see yourself? If you're Vicky and Charisse Pasche, you create your own clothing company.

The Pasches, who were married in California last year, were on their honeymoon when they dreamed up the idea of creating men's-style clothing shaped to fit a woman. "I had cut my hair in 2010 and was transitioning to a more masculine look," says Vicky. "After that, I started shopping in the men's department, but it was uncomfortable because people look at you weird." 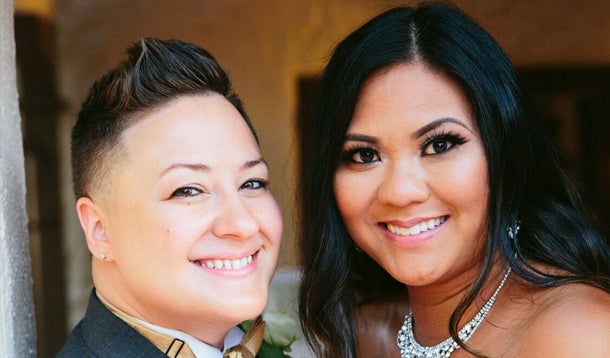 Vicky was often able to find suits, but other apparel options were a struggle. Still, she and Charisse decided to focus their clothing line on America's go-to basic: Jeans.

The San Diego couple bought jeans from both the men's and women's departments and created a design that combined the best parts of each: the detailing of men's jeans (i.e. - larger, deeper back pockets) and the body-contouring fit of women's jeans. And thus Dapper Boi was born.

Manufactured in Los Angeles, Dapper Boi's jeans come in one style and one wash and retail on their website for $120. "What was important to me was to offer a really wide range," Vicky says, "so we offer waist sizes from 26 to 48, and all with an inseam length of 34." Men's sizing, she says, is easier because it's a simple matter of measurements, as opposed to women's sizing, where a size 10 in one brand could be a size 8 in another. 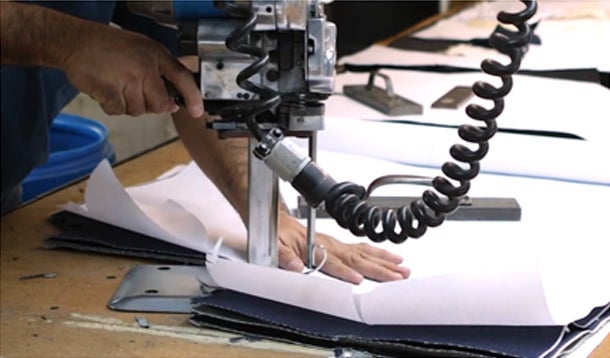 The entire process -- from forming a solid idea to finding a manufacturer and having a sample of the pants -- took about seven to eight months. If that seems remarkably fast, it was. "We were aggressive, because we knew this was a problem and we wanted to have a solution sooner rather than later," says Charisse. "We knew we had to be aggressive and push forward."

To build their business, the couple had to make adjustments in their home life. Charisse took a leave of absence from her job working in admissions for Ashford University, freeing up 12 to 14 hours each day to work on launching the company, but losing a six-figure income in the process. Vicky scaled back on her job as head of marketing at a casino. The pair also moved this past April from a four-bedroom townhouse to a one-bedroom apartment.

Three weeks after moving, they launched a Kickstarter campaign. The women crowdfunded their way to more than $26,000 -- surpassing their goal of $18,000 -- and have just started taking pre-orders. The hope is to supply jeans for their backers and to have another 100 pairs in inventory, but Vicky wants to move through the stash quickly. "My goal is 200 pairs of jeans a month to start and, after that, [new] styles and washes will be next steps."

In many ways, Dapper Boi couldn't have come at a better time. With the Supreme Court having ruled same-sex marriage legal across the U.S. and the transgender movement finding a champion in Caitlyn Jenner, issues surrounding gender and sexuality are front and center right now. 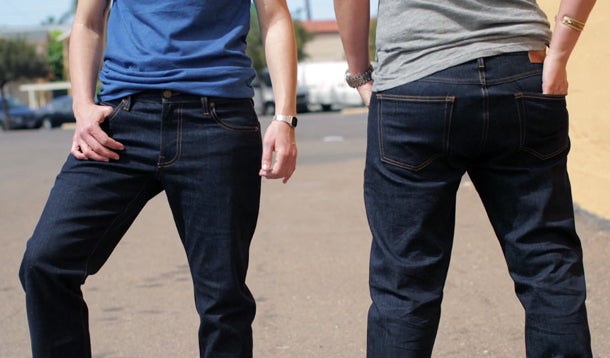 Charisse shared the story of a woman who wrote them an email explaining that her sister is transgendered and had harmed herself as she struggled with her identity a few years ago. When this woman showed her sister -- now her brother -- the Dapper Boi campaign on Kickstarter, she said he couldn't stop smiling.

"We talk about how we feel lucky to be part of a world where people are open minded," Charisse said. "It's really perfect timing with the Caitlyn Jenner story. Fashion is important because we want to reflect what we feel on the inside, on the outside. This is one small thing that we can do for our community and we're super excited about it."

Though they have ideas for more Dapper Boi items in the future -- ties, shirts and jackets, among others -- they want to establish themselves with demin first. "The best thing that you can do is start off with one product and perfect that, focus on that and not have too much inventory," Charisse says. "What we want to be known for is our denim, and once we've created a base, there are lots of other things that we want to have that fit a female body but present masculinity."

In a funny twist, Dapper Boi jeans are being bought by both women and men. "They're turning out to be pretty unisex," Vicky says, laughing. She owes that to the comfort and quality of the product. "The feeling of these jeans when I first put them on was amazing."

It makes sense, considering how feeling comfortable with who you are is what it's all about, anyway.

Related: Here Is How You Should Upgrade Your Professional Image