By Bryan Keplesky
March 14, 2012
Opinions expressed by Entrepreneur contributors are their own. 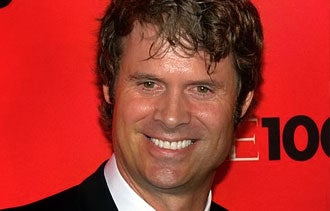 In business, making profits is vital but it's not always the only goal.

Just ask Tim Westergren, the co-founder of the Oakland, Calif.-based online radio platform Pandora. Not only does he want to build a lasting company, but he also wants to help musicians to quit their day jobs. After spending years touring the country in a beat-up van, struggling to get people to attend his shows, he saw firsthand the plight of the musician. "I want someone today to tell their parents that they are joining a band, and I want them to say 'okay, that's a respectable middle class job,'" Westergren says.

Pandora can make that happen, says Westergren, before a packed audience at SXSW Interactive, where he spoke about the goals and challenges for his company in the coming years.

In the U.S., the average citizen listens to 15 hours of music per week, and 80 percent of that time is spent listening to the radio rather than purchased music, says Westergren. Despite that statistic, he says radio is undergoing a sea change, from traditional broadcast to web-based.

As it stands, traditional radio has problems. Radio tries to please a wide audience with only one playlist. And despite its ease of use, it's also not very inclusive to musicians, either financially or as a level playing field. All of these problems are fixed with internet radio, he says, adding that Pandora is at the forefront of this change.

The cornerstone for Pandora has always been personalization, favoring an individual stream for one individual listener. The ability for a person to choose just the right Pandora radio station is because of one massive, proprietary algorithm called the Music Genome Project. Launched in 2000, and still active today, the MGP is an enormous undertaking by Pandora – individual songs are categorized with up to 400 unique attributes in categories like genre, melody, vocals and instrumentation.

Currently on Pandora, there are 900,000 songs, 90,000 artists and 350 genres. There are more than 125 million registered listeners and 2.4 billion stations, according to a spokeswoman. Pandora has a 5.74 percent share of all radio listening, which grows to 15 percent among all 18 to 24 year-old listeners. "The numbers are getting big," Westergren says.

What's more, the ubiquity of smartphones has shaken off the notion of internet radio as only a desktop app. Pandora is now available on over 500 devices and has 23 different automotive partnerships.

But Pandora has had its share of issues with competition (ehem, Spotify's recent entrée into the U.S.), growth and international law. About seven million international listeners had to be blocked when Pandora switched from subscription-based to free. Westergren wants those listeners back.

Right now, Pandora is only available in the U.S. and must strictly abide by the Digital Millennium Copyright Act (pdf). Westergren is happy to do so, he says, because this ensures that all musicians (and labels, if applicable) get paid. In a sense, he adds that the "artists are shareholders."

As Pandora gets bigger, so do ad sales, says Westergren. Every week, 1,400 ad campaigns broadcast on Pandora, and advertisers have the ability to target location, age, sex, listening preferences and more. That benefits everybody -- the listeners, the advertisers and, most importantly, all those musicians who are right now struggling to make a living inside a tour van.

What is your business's other reason for being? Let us know in the comments section.

Corrections & Amplifications: An earlier version of this post misstated the number of Pandora's registered users. It has 125 million.