The Biggest Lesson I Learned Working for Elon Musk at Tesla

Sisun Lee has worked at some of the most prominent companies on the planet, and now he's running his own with a mission to help you think clearly and feel energized no matter what you drank the night before.

Most great business ideas offer a way to solve problems and cure people's headaches. Sisun Lee's big idea was to sell a product does that literally. Lee's product, Morning Recovery, is a drink supplement engineered to help the heartiest of partiers wake up with great memories and zero hangovers.

During a trip to South Korea, where drinkers down a mind-scrambling average of 13.7 shots per week, Lee noticed many of the locals drank concoctions containing dihydromyricetin that helped them function the day after the most epic booze-a-thons. He brought some back to the U.S., gave it out to friends and quickly realized that he might have bottled success in his hands.

What started as something fun to do on the side suddenly got serious after he was able to quickly raise $250,000 with an Indiegogo campaign for his company, 82 Labs. A year later, Lee left his day job at Tesla and went all in on 82 Labs, which closed an $8 million series A funding round in 2018 that valued the company at $33 million. Today, 18 months after its launch, Morning Recovery has over 130,000 customers and has sold 2 million bottles globally.

This month, Lee announced that 82 Labs had evolved into More Labs, becoming "a brand that better states our team's long-term vision." That vision, shaped by customer feedback, is to help people with more than just hangovers. "Stress, sleep, anxiety, focus, creativity -- there's quite a lot," says Lee. "They want something that works and is simple -- in all parts of their lives. They care about productivity and staying healthy. They don't like artificial flavors, so we're getting rid of that, too. We are going to work closely with our community to identify and prioritize the daily stressors to solve for."

Entrepreneur spoke with Lee, a Facebook, Uber and Tesla vet, about how he launched this company, the steps he took to grow it and what those three big names on his resume taught him about running a business.

Idea in a bottle

"While traveling in Seoul, I saw a tremendous amount of people drinking these morning recovery drinks. I thought to myself that there was a market for this in the United States, but no product. So I brought some of the leading brands home with me to the Bay Area, used them myself and started giving them away to friends. Everyone kept asking me how it worked, and where they could get more. So I started researching, which led me to Dr. Jing Liang, an adjunct professor at the University of Southern California's School of Pharmacy. Eventually, we partnered and utilized her research behind DHM (dihydromyricetin), which we call "the liver superhero.' Another professor at USC, Dr. Daryl Davies, Ph.D., is helping us to iterate and innovate new versions of the product." 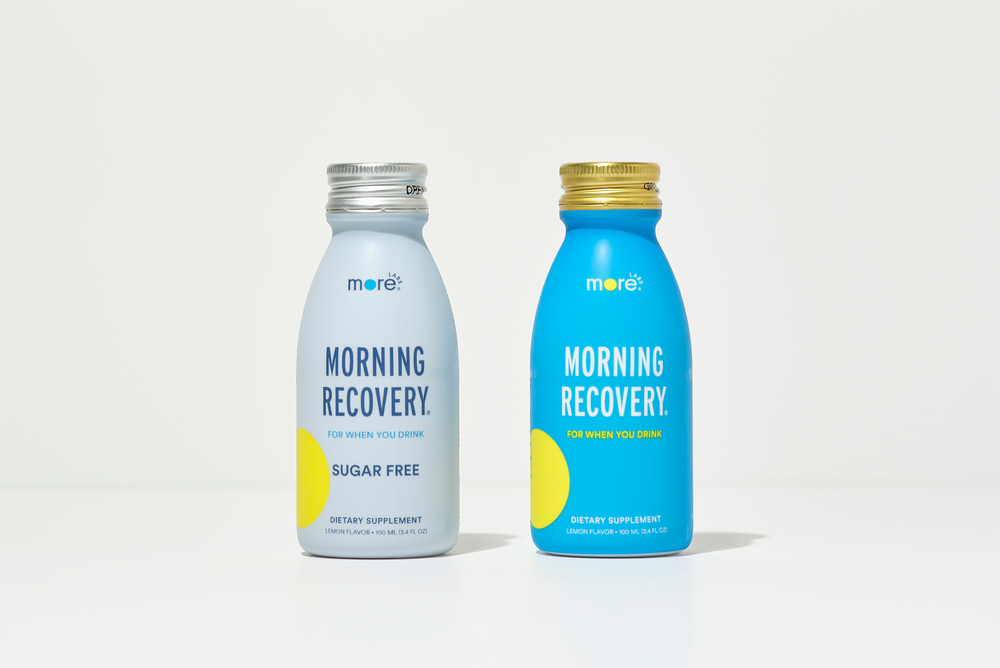 "After getting lots of positive feedback and requests for samples, we built a website to try to get it into as many hands as possible. The site got posted on Product Hunt and went viral. Overnight we got 20,000 subscribers. At this point we weren't yet incorporated, it was just something that was fun. I was still working at Tesla. But when we started an Indiegogo campaign and quickly amassed over $250,000, we saw the big potential here and formalized the company."

"When I worked at Tesla, I was a staff product manager. Most of my work related to ecommerce -- trying to make it so that it was really easy for customers to purchase a Tesla online without ever having to go to a store. While I didn't have one-on-one time with Elon Musk, whenever my team had new proposals, we'd review it with him. I was amazed at how fast he is able to switch gears and how knowledgeable he is about every aspect of his businesses. The first time we launched a referral program, he literally launched SpaceX the same day. We were sure he'd cancel the meeting because we were watching it take off live, but 10 minutes later, he was on a call with us talking in-depth about car sales. It seems pretty ridiculous, but it is pretty common when you work at Tesla. His ability to change focus like that is amazing. I wish I could say I learned how to do it, but it takes a pretty special person to know that much about that many things."

"Broadly, there are two things we are doing on the tactical side as it relates to More Labs and Morning Recovery. First, we are going to introduce innovation beyond Morning Recovery soon. We will prioritize solving the daily stressors that our community faces -- including fatigue, mental fog, stress and anxiety, poor sleep quality, etc. Second, we are focused on building out the lifestyle brand centered on More Labs. This means shifting our focus from direct sales and marketing channels and investing more in reaching customers outside their phones. People want experiences and are actively seeking them out. You will see us more in the field through experiential marketing, sampling, and content development."