What the U.S. Can Learn From the Netherlands About Equity Crowdfunding

U.S. regulators are tied up in knots trying to figure out how to write laws for equity crowdfunding to prevent fraud.

Perhaps they ought to take a page from the Dutch.

In the Netherlands, equity crowdfunding from unaccredited investors has been legal for the better part of three years. "The Netherlands are really a frontrunner in equity-based crowdfunding," Korstiaan Zandvliet, the co-founder of Symbid, said at the Massolution crowdsourcing conference in New York City last week. 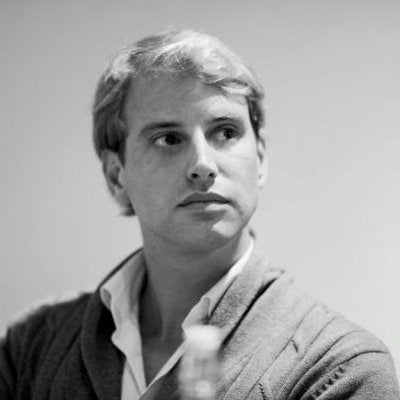 Korstiaan Zandvliet is the co-founder of equity crowdfunding platform Symbid.com, which has funded 23 startups with more than 2 million euros.
Image credit: Symbid.com

Symbid is an equity-crowdfunding platform headquartered in the Netherlands that has been in existence since 2011. The platform has funded 23 startups that have raised a total of more than 2 million euros ($2.7 million) from over 15,000 unaccredited investors, according to Zandvliet. "We tend to have a bit of experience," he says.

Equity crowdfunding is when a company raises capital by selling small pieces of equity to a large number of investors. This differs from donation-based crowdfunding – made popular by sites like Kickstarter and Indiegogo -- whereby a company collects small donations from a large number of people and, in exchange, gives each donor some sort of non-monetary reward.

But that's all changing. The Jumpstart Our Business Startups Act, or JOBS Act, which was signed into law in April of last year, includes a provision to make it legal for entrepreneurs to sell pieces of their company to unaccredited investors, or "regular investors." That means almost anyone can become a shareholder in a private company – a process that could leave many investors vulnerable to fraud.

The U.S. Securities and Exchange Commission has already blown past initial rule-setting deadlines and regulators have been in heated negotiations about how best to protect regular investors.

Meanwhile, Zandvliet at Symbid has had zero cases of fraud in three years. "What we have seen so far is that the crowd is a great due diligence tool. They actually find out basically everything," he says. Of the 15,000 individuals who have made contributions to startups on Symbid, 10 percent are angel investors. Zandvliet says many of these professional investors consider the crowd as effective a tool as any to identify entrepreneurs and startups with the most potential.

Symbid does take precautions to protect investors. For example, it uses an online electronic money institution to convert investors' money into a digital currency that can be spent on the portal. Furthermore, Symbid gives its investors the option to "disinvest" their money. "It is an ongoing process where the entrepreneur needs to wake up every day and put up his best game in order to secure new investments but also to make sure the older investments remain into that particular proposition," says Zandvliet.

Investors on the site have proven they will act when they don't trust the startup they're investing in. One entrepreneur who had launched a campaign for a tech startup on the crowdfunding platform was on his way to raising 100,000 euros when it was revealed he was cheating on his wife. Sixteen hours later, his fundraising campaign was kaput, says Zandvliet.

"All the funds were disinvested simply because the curtain was pulled," he says. "And this is what crowdfunding is all about. It is about the digital due diligence process conducted by professionals, friends, family, fools. And everybody has an equal say, and this is what truly creates great companies."

All 23 startups funded on Symbid are still in business. And the popularity of equity crowdfunding is growing. One of the largest Dutch banks, ABN AMRO, has started its own crowdfunding platform. Zandvliet welcomed the move from the bank because it lends credibility to the new industry.

Despite the success of equity crowdfunding in the Netherlands, it's going to be a while before the U.S. is going to be set up for unaccredited investors, says Doug Ellenoff, a managing partner and corporate and securities attorney at law firm Ellenoff, Grossman & Schole, also at the Massolution crowdsourcing conference. Ellenoff has been working with regulators for about a year and a half to build the rules for both Titles 2 and 3 of the JOBS Act. "If we are lucky, we will see the proposed rules sometime in the fall," he says.

The delays are not because the SEC and its staff have been unreceptive or are not working diligently, says Ellenoff. To the contrary, Ellenoff has been quite impressed with the efforts of the SEC and says the Commission is being hamstrung by political issues, not the least of which is the changes in the agency's leadership.