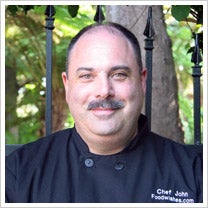 While these might be some of the most popular videos to ever appear on YouTube, the online video sharing site isn’t just a place for people to dump their videos of friends falling off their roofs. A surprising number of people are turning their video production skills and on-screen talents into entrepreneurial ventures -- creating videos that provide a service and managing to make a sizable income at it via YouTube’s Partner Program.

The Partner Program allows the company to share advertising revenue, generated from advertisements that are overlaid or appear next to the most popular videos, with its most popular and successful video creators. The more the videos are viewed, the more revenue they generate. Although YouTube declined to break down the specific revenue split, it says "the majority" of sales wind up being shared with the video creator.

For some people, the partnership can be big business. YouTube recently said it is running ads on videos more than 3 billion times a week, an increase of 50 percent over last summer. More than 15,000 partners participate in the program and "hundreds of people," YouTube says, earn more than $100,000 annually from it. Some have even abandoned their traditional 9-to-5 jobs in favor of managing their own YouTube brand.

Take it from 47-year-old San Francisco-based John Mitzewich. Better known online as "Chef John," Mitzewich ditched his full-time gig as a chef instructor to pursue his dream of teaching people online about cooking. In 2007, he began creating three- to five-minute online videos. Instead of creating his own online cooking school and charging students fees, he opted to post his videos online for free. He currently produces 130 videos a year on average.

"When I looked at the existing recipe content on YouTube at that time, the vast majority of it was someone trying to do a Food Network-style cooking show," says Mitzewich, who worked in a range of jobs in the food industry for more than 25 years. "I couldn’t see the food, and it ended up looking like a home movie of someone in the kitchen. I didn't think it was the best presentation to actually teach someone a recipe, so I decided to go the completely opposite direction, no visible chef, and with extreme close-ups of the food, thereby bringing the viewer right into the video."

His YouTube channel, "Food Wishes," has nearly 100,000 subscribers and more than 28 million upload views. As his video library and subscriber base grew, Mitzewich says YouTube asked him to join the Partnership Program. Mitzewich didn’t put an exact dollar figure on how much he pulls in each year but says his cut is "comparable to what an executive chef in San Francisco would hope to make.

"On YouTube, you can create your own celebrity," he says. "If you're lucky enough to have content that generates a large following, you can build a brand so much easier than a chef in a traditional position. Also, you can't put a price on having absolute creative freedom. I can tailor my content to current events, or hot trends, and stay in the sweet spot as far as what people want to see."

When asked if he’d ever consider going back to the traditional workforce, Mitzewich says, "Never in a million years."