By Carol Tice March 11, 2011
Opinions expressed by Entrepreneur contributors are their own. 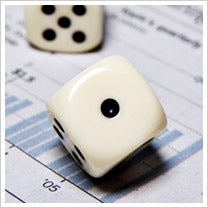 Over the past couple years, venture capital dollars have been harder to find, but that doesn't mean venture capitalists will cut and run. On the contrary, a recent study suggests that the outlook for this year shows that VC funding is due for a rebound.

That sentiment was questioned in a recent The San Jose Mercury-News recently reported that the number of VC firms in the U.S. sank from about 1,000 in 2007 to 400 last year. However, that claim was later refuted by the National Venture Capital Association, or NVCA. The number of VC firms has actually risen in the past decade, from 753 in 1999 to 794 in 2009, according to the association. Figures for last year haven't been released.

Of course, total VC investment dollars did shrink considerably in 2009. But it's looking like that slump was more of a temporary dip than the harbinger of the end of an industry. Here's why 2011 is shaping up to be the year for a major VC resurgence:

First off, in the past year VC funding has already gained steam. The NVCA reported that VCs invested a healthy $21.8 billion last year, nearly 20 percent more than they spent in 2009.

The second factor that could make VC spending spew forth this year is what's happening in the initial public offering, or IPO, markets. Where successful IPOs were almost non-existent in 2008 and 2009, there were 255 public offerings last year. And this year promises even more, as big-name companies are feeling more positive about going public.

Among the heavy-weights expected to file this year include: Twitter, Groupon and Facebook. Those hot social-media IPOs may mean big paydays for venture capitalists -- who will then be able to ply those so-called gambling winnings toward investments in other high-growth companies. If we see big IPOs, it could reignite interest in venture investment and kick off a boom cycle for VC investing.

One final wild card is what the White House might do to enable more investment in small businesses. As it gathers input on how to help entrepreneurs through its new Startup America Partnership, one of the ideas the administration has already heard is to funnel more federal funds to qualified VC firms for investing. It's too early to know what will happen here, but there could be unexpected help from Washington that might further fuel a VC recovery.

Do you think venture capital will flow freely again in 2011? Leave a comment and let us know.