By Bryan Keplesky March 14, 2012
Opinions expressed by Entrepreneur contributors are their own. 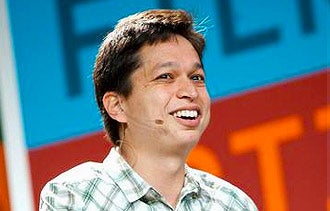 Ben Silbermann, co-founder of Pinterest, at SXSW says early adopters aren't as key to a product's launch as they used to be.
Photo courtesy of Julia Robinson/For American-statesman

Despite the perception that Pinterest users are 90 percent female, the crowd gathering to listen to co-founder Ben Silbermann speak was evenly divided between men and women. Silbermann sat down for a Q&A with blogger/entrepreneur Chris Dixon at SXSW to talk about the fast-growing social-media service's history and future outlook.

Silbermann, a Des Moines, Iowa native and avid collector of stamps growing up, always envisioned a product that would allow people to share collections of things that were important to them. And he wanted it to look beautiful. The idea of beauty, in fact, is a recurring theme with Silbermann who doesn't have an engineering background but found himself inspired by websites like TechCrunch and Digg.

"We were building [Pinterest] for ourselves," says Silbermann who added that his team spent a lot of time agonizing over the site's five-column layout -- producing almost a dozen fully-coded versions before settling on the one that is live today.

Silbermann readily admits that Pinterest didn't cater to the Silicon Valley crowd to begin with. The reason? "The concept of the early adopter has changed," he says. Many consumers now have an iPhone and use Facebook, so the way Twitter, for example, exploded amid the early-adopter SXSW crowd in 2007 just doesn’t happen anymore, Silbermann adds. Instead, Pinterest was able to slowly find its niche, especially with women. The ultimate purpose of Pinterest should however hit home with everyone, he says. The goal is to "help people discover things that they didn't know they wanted."

As far as future goals go, Silbermann is aiming to redesign the profile page which should go live soon. He also has his eye on platform expansion, and his team of engineers is actively developing an iPad app. He also wants to make the Pinterest API publicly available. According to Silbermann people have already made contact wanting to be the "Zynga of Pinterest."

Though enlightening, the discussion was a bit disappointing, as the company's recent copyright issues weren’t mentioned more. Silbermann did say that honoring copyrights is extremely important to him and that he's reached out to those with concerns. He says that a "no pin" option has rolled out for websites interested in protecting their copyrighted material.

Here are Silbermann's three pieces of advice for entrepreneurs:

Do you think early adopters carry as much sway as they used to? Let us know in the comments section.