By Jane Ganahl April 22, 2012
Opinions expressed by Entrepreneur contributors are their own. 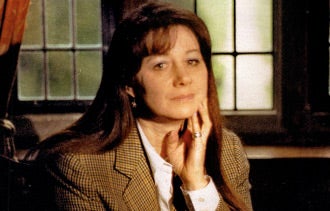 Sandy Lerner embodies the word "fearless." One of only a few female Silicon Valley pioneers, she and her ex-husband founded Cisco Systems, which went on to be the highest valued company in the world in 2000 -- at about $500 billion.

By then, the outspoken Lerner had been let go from Cisco and had moved on to the next big adventures in her life, which include: launching a cruelty-free cosmetics company called Urban Decay, establishing a sustainable farm in Virginia, becoming an advocate for animal rights, and -- most notably -- pursuing her lifelong fascination with Jane Austen.

Throughout her many professional endeavors, Lerner, now 57, continued to study the legendary author of Pride and Prejudice. Her deep love of Austen's work eventually led her to purchase Chawton House, the estate Austen's brother Edward inherited, and the site of Austen's cottage. Lerner has spent the past several years turning the home into Chawton House Library, a nonprofit resource for the study of writing by early English women to support students and research of women writers, pre-1830. For her efforts, she has been awarded five Ph.D. degrees from different universities. 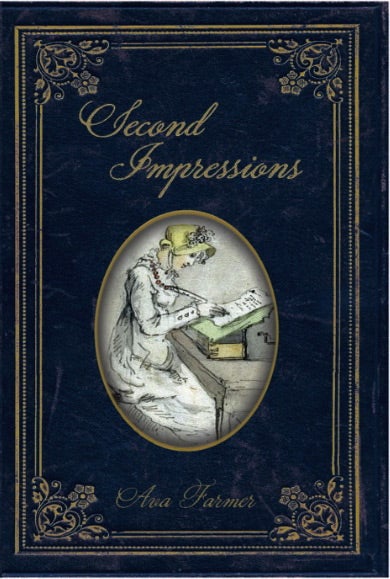 In perhaps her most courageous (or foolhardy) career move yet, Lerner has authored a sequel to Pride and Prejudice. Painstakingly written in the idiom of Austen's time, Second Impressions took Lerner 26 years to complete and is a continuation of the story of the Darcy family, their friends, and relations. Drawing its detail from the novels, maps and other volumes comprising the Chawton House Library, the book explores questions of the characters' lives beyond the close of the original masterpiece.

As the book begins, it has been 10 years since Mrs. Bennet married off her two most deserving daughters, Elizabeth and Jane. What does Elizabeth do all day at Pemberley? Are the Bingleys happy? Who has procreated and who remains childless? For Austen addicts, Second Impressions provides a new shot in the arm.

Nowadays, Lerner spends her time on her organic farm and manor house in Virginia. I recently caught up with her to talk about her novel, her farm and, of course, Jane Austen.

SA: How do you explain the enduring appeal of Jane Austen?
SL: I think for the same reason people like Chuck Berry. [laughs] He gave an interview once in which he said, "I write about what people can relate to -- I write about love." I think she writes about very universal things.

SA: But there's also something about Austen herself that draws people in.
SL: Yes, she led a remarkable life. She lived in the best place at the best time, she was in the gentry, and confident enough about her place in society that she was able to laugh at it, in a very loving way. In those days, the most attractive thing about someone was their confidence, and she had that.

SA: You mention her sense of humor. Many people don't think of Austen as a humorist.
SL: But she was. Dry and droll and funny. It helps to know about the society of her day to find the humor.

SA: What possessed you to write a sequel to one of the great masterpieces of the English language?
SL: Honestly, I was originally driven by wanting more Jane. And wanting to be back in that era. Being in that space was very comfortable, as opposed to being in my sector of the modern landscape. And at some point, the characters and the period took me over. There were huge changes going on in that society, and I wanted to see how these characters would react to those changes. I got very caught up in it.

SA: Why did it take you so long to complete?
SL: Yes, it took me 26 years to write. I did a few other things in the meantime. [laughs] I also did an awful lot of research, and the material I used is very hard to come by. The first step was to look and look and look and then read every book and auction catalog available. My collection of documents is what became the Chawton House Library. There are now between 7,000 and 10,000 volumes there. I've lost track.

SA: It sounds like you had a major commitment to factual detail.
SL: Yes, and that meant going after documents and information that I knew I needed for the book. There were a number of plot issues and social questions that were absolutely critical to get right.

SA: How were you able to work on a book when you were under enormous pressure at Cisco, establishing one of the early Silicon Valley empires?
SL: Well, when I was at Cisco I was more of a reader and collector of material than an actual writer. There just wasn't enough energy at the end of the day to do writing. But it was my comfort: I would come out of my Austen world to do my day job and then crawl back into it at the end of the day. It provided enormous satisfaction when my universe was not a friendly place.

SA: Was your then-husband Len supportive of your side career?
SL: When I was with Len, I was really just reading a lot and working on a novel in my head. But he was very supportive -- an equal opportunity nerd, he was always in favor of learning. [laughs]

SA: You've done so many different things in your professional life. What has been the most personally fulfilling?
SL: Of all my career paths, farming, radical political economics, math statistics, technology, makeup, Chawton House Library, recording engineer and writing -- I think it's a toss-up between the farming and the writing.

SA: Is farming the reason you became involved in animal rights?
SL: Actually, I've been in the animal movement for decades. I would say that animals are my religion. At my farm, we host a four-state regional gathering whose aim is to get better education for people who are working in shelters. Anyone working in animal welfare is welcome.

SA: After being raised in California, why did you move to Virginia?
SL: Because I could. [laughs] I really like the "northern south" in the sense that it looks like England here. I told my real estate agent to go and look somewhere in this region. It's my way of feeling like I'm back in Regency England.

SecondAct asks: What's your favorite Jane Austen novel? Tell us about it in the comments section below.

Keep reading: From Actor to Novelist
Watergate as Fiction