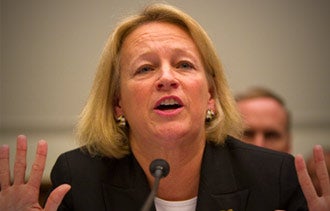 The implementation of the JOBS Act is going to be delayed because a government agency can't meet a deadline. The longer it takes the government to get all the provisions of the law finalized, the longer entrepreneurs have to wait to benefit from the law.

The JOBS (Jumpstart Our Business Startups) Act was passed in April. Some portions of the law were effective immediately, while others required analysis and rulemaking by the Securities and Exchange Commission first. The SEC's first deadline to deliver a set of rules is July 4.

However, SEC Chairman Mary Schapiro says the rules won't be ready. “We want to create something that is workable and usable, that is absolutely our goal,” says Schapiro, speaking at a House of Representatives hearing Thursday. “But it is a bit more challenging a rulemaking than it might seem on the surface.”

Schapiro says she told Congress before the JOBS Act was passed that the timeframes were “not achievable.” Meanwhile, the current staff is working diligently and she plans to bring in 16 new economists to join the SEC staff "in the near future."  Schapiro also noted that if Congress provides enough funding, the SEC will hire another 20 economists.

The first set of rules in question relate to a provision of the law that will allow business owners to advertise the sale of private company stock to investors. Selling private stock, or shares in a company before the company goes public, is a common way for small businesses to raise capital. Until it takes effect, though, such practices are banned.

In particular, the law requires the SEC to establish rules that verify a purchaser of private stock is an accredited investor, which is a very wealthy individual or organization that meets specific SEC regulations. Writing the rules is a complicated process, said Schapiro, but she expects they'll be ready by the end of summer.

Meanwhile, perhaps the most popular provision of the JOBS Act is the one that will allow business owners to sell parts of their private company to anyone with cash through crowdfunding. Schaprio says the SEC is still on track to meet the deadline for this provision, which is December 31.

What portion of the JOBS Act will affect your business the most? Leave a response below and let us know.