How the U.S. Supreme Court's Ruling to Uphold 'Obamacare' May Affect Small Businesses

By Diana Ransom
June 28, 2012
Opinions expressed by Entrepreneur contributors are their own. 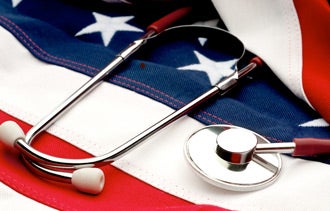 The U.S. Supreme Court today ruled to uphold the entire health-care law -- including the much-derided individual mandate. So what does this mean for small businesses? Well, it depends on who you talk to.

In a 5-to-4 decision, the High Court upheld the 2010 Affordable Care Act and its key feature known as the individual mandate, which requires uninsured adults to purchase health insurance or pay a penalty. The majority held that the mandate was in fact constitutional under the taxing authority afforded the federal government.

"Today the Supreme Court also upheld the principle people who can afford health insurance should take the responsibility to buy health insurance," President Barack Obama announced after the ruling.

One key benefit to the court's decision to keep the law intact is that it could trigger lower health insurance costs for everyone -- individuals and small businesses alike. By requiring most Americans to have health insurance, the pool of insured healthy people would expand -- making the overall risk pool less risky. "Without the mandate, premiums would be higher -- and it could lead to more people not getting insurance," says Elise Gould, director of health policy research for the Economic Policy Institute, a nonpartisan think tank in Washington, D.C.

Silver linings aside, small-business groups including the International Franchise Association and the National Federation of Independent Business, which was also a plaintiff in the case, aren't at all happy about the Supreme Court's decision. The reason? The employer mandate -- that is, a requirement for employers with more than 50 workers to offer health-insurance coverage, lest they pay fines ranging from $2,000 to $3,000 per employee per year -- still stands.

"The overall health care law in our opinion doesn't work for small business. It will make their costs worse, not better. We'll continue to push to repeal the health care law," says Dan Danner, NFIB's president and CEO.

In a statement, IFA President and CEO Steve Caldeira added: "By upholding the law, 3.2 million jobs at franchise businesses continue to be put at risk due to the employer mandate provision, thereby discouraging and disincentivizing the creation of new jobs and business expansion."

Critics say this provision, which wasn't in question in the Supreme Court case, could hurt small businesses that have more than 50 workers that can't afford to offer health coverage, and it could curb hiring among companies that have fewer than 50 employees.

"There's the potential for some companies to try to keep their head count down to avoid the penalties for offering insurance," says Chris Rylands, an Atlanta-based senior associate in the employee benefits and executive compensation practice at Bryan Cave LLP, a law firm in St. Louis.

Despite the High Court's ruling, the health-care law will continue to face challenges. Not only might the upcoming presidential election decide the future course of the law, but also individual states could engage in civil disobedience and refuse to set up exchanges or even not uphold the individual mandate if they chose.

This strategy could result in a rise of state-wide premiums, along with the number of uninsured, Larry Levitt, senior vice president at health-policy researcher the Kaiser Family Foundation, said in a March briefing about the implications of the case. If that happened, small businesses that choose to drop their existing coverage and solopreneurs who venture into the individual market to purchase insurance would likely face higher premiums.

"Just from a sheer risk standpoint, if it is not mandated, it will not be a well-balanced risk pool," says Susan L. Combs, president of Combs & Co., a health- and property-insurance brokerage in New York. "You need the healthy 25-year-olds in with the sick 60-year-olds to balance out the risk."

Still, if prices were to rise in the individual health-insurance market, premiums in the group market should remain fairly consistent, says Sam Gibbs, the president of eHealth Government Systems, the Mountain View, Calif.-based division of eHealth Inc. that provides the technology for a number of the state exchanges. "The group market has been independent from the individual market for a while."

If anything, he adds, group-plan premiums could moderate once the state-run insurance exchanges for small employers, called the Small Business Health Options Program or "SHOP" exchanges come on line in 2014. These SHOP exchanges, which will perform as something of a clearinghouse for different plans and providers, will initially be open to companies with 100 or fewer employees -- and eventually to all employers.

Not only will there be more transparency between plans, the SHOP exchanges may also provide some insulation to price shocks within the individual market, says Gibbs. In some states like California, West Virginia and Colorado, SHOP exchanges will operate separately from individual exchanges, and, as such, the premiums for small-employer plans will also be different. Other states may combine the small employer exchange and the individual exchange -- giving business owners a wider risk pool to benefit from but also opening them up to potential price shocks. 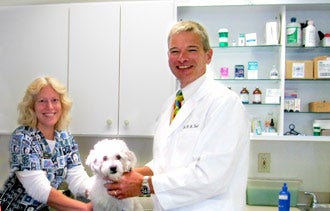 William M. Fraser, a veterinarian and owner of two animal hospitals in Ohio, is eager to give the exchange a try.

William M. Fraser, a veterinarian and owner of two animal hospitals in Mentor, Ohio, is eager to give the exchange a try. "It will let me evaluate if I want to continue offering health insurance," says Fraser who has 19 employees and has offered health coverage to workers since opening his first hospital in 1986. "I'd rather give them all raises and say go get your own coverage," he says. "We don't provide homeowners' insurance and automobile insurance for employees, why health insurance? I would like to get out of the business altogether."

One other result of the Supreme Court's ruling is that Americans -- individuals and small businesses alike -- may start to come around to the law, says Rylands. Business owners who crave certainty, can start making decisions based on more solid information -- the presidential election notwithstanding, of course.

For now, though, "a lot of small businesses are in a bit of a wait-and-see mode," says Rylands. "If you're not offering insurance already, monitoring the developments is the biggest thing… If you think insurance won't be affordable, start putting away cash to pay the penalties."