By Diana Ransom
January 2, 2012
Opinions expressed by Entrepreneur contributors are their own.

Editor's Note: This is the first installment in a four-part series analyzing the outlook for small businesses in the year ahead.Read the other installments on finance, hiring and pricing.

When it comes to health care, small-business owners aren't making any fast moves.

Faced with higher premiums again in the year ahead, many business owners have found themselves in a holding pattern. They're concerned about the rising costs and the possible impact of health reform, but unsure about making any changes until they have more clarity or options.

Mitch Goldstone, the president and CEO of ScanMyPhotos.com, a photo scanning service in Irvine, Calif., plans to continue paying 100 percent of his 19 employees' costs for medical, dental and vision coverage, even though premiums are expected to jump 18 percent, or roughly $18,000, in 2012. 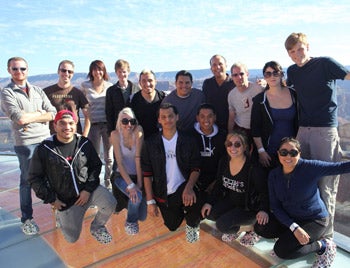 Mitch Goldstone (fourth from right in back row) on a recent trip to the Grand Canyon with his employees. His company's health insurance premiums are expected to jump $18,000 in 2012.

While he considered sharing the costs with his employees in 2012, he worried that some people would opt out, putting their own health at risk and raising the per-person cost of the company's group plan. "I didn't think that the usurious rates that the health insurance companies are charging should be punishing my employees," Goldstone says.

Waiting to see
He and many other business owners are waiting to see what impact the Affordable Care Act will have on them. Nineteen percent of small employers say they are either "likely" or "very likely" to terminate plans after state insurance exchanges go online in 2014, according to a November survey by Mercer, a benefits consulting firm in New York. The insurance exchanges would offer uninsured consumers a choice of health plans with information about the costs and benefits of each option.

At the same time, the law would require that any business with more than 50 employees working 30 hours a week on average provide health-care coverage or face an annual fine of up to $3,000 per employee. That provision is scheduled to take effect in 2014, but the law's fate remains unclear given a pending U.S. Supreme Court case challenging its constitutionality and the uncertain outcome of the 2012 presidential election.

Consequently, many businesses are delaying any major benefit changes, says Barry Cohn, the president and CEO of RGEB Employee Benefits, an insurance agency in Woodland Hills, Calif. "There are just so many moving variables right now. People aren't really mentally prepared yet."

A question of cost
Still, costs are rising. U.S. employers face an 8.5 percent jump in health-care costs in 2012, up slightly from 8 percent in 2011, according to PricewaterhouseCooper's annual report on medical cost trends.

That uptick is prompting some owners to alter their company's health benefits--sometimes dramatically. In 2012, 20 percent of small-business owners offering coverage expect to decrease benefits or increase the amount that employees pay, or both, according to a July report from the National Federation of Independent Business, a small-business association in Washington, D.C.

Workers in small firms (3 to 199 employees) contribute on average 15 percent of health insurance premium costs for single coverage and 36 percent for family coverage, while workers at larger companies pay 19 percent and 25 percent, respectively, according to the Kaiser Family Foundation's 2011 Employer Health Benefits Survey. In 2011, half of all workers at firms with fewer than 200 employees faced deductibles of at least $1,000, up from 46 percent in 2010, the survey found. More than a quarter of workers at smaller firms had deductibles of $2,000 or more in 2011, compared with 20 percent in 2010.

Sizing up reforms
Although the health-reform legislation is still being challenged in the courts, some companies will face changes in 2012. Starting January 1, businesses with more than 250 employees will have to do more paperwork. They will be required to track the full cost--both the employer's and the employee's share--of medical coverage. They will then have to report the figures on their employees' W-2 forms in 2013. Also in 2013, employers with fewer than 250 workers will be required to start tracking medical coverage costs.

Keeping track of the costs "is not as easy as it sounds," says Ben Lupin, director of compliance at Corporate Synergies Group, a health-benefits broker in Mt. Laurel, N.J. "Some people may be on the plan for a couple of months and drop coverage, or maybe they were single at the beginning of the year and then get married. The payroll [department] or your accountant will need to be aware of what's going on." 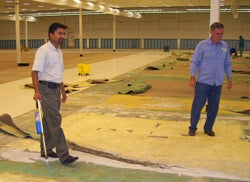 Sam Lazarus (on left) recently switched his company from a mini-med plan after his insurer said it was phasing the plan out to comply with the Affordable Care Act.

Another result of health-care reform: the elimination of "mini-med" plans, stripped down medical-care policies that have been popular with small companies because of the lower cost. Sam Lazarus, the owner of ServiceMaster by Best, a cleaning-services provider in Wichita, Kan., recently had to find a new medical plan for his 30 employees because the mini-med plan his company used was being phased out. "In one sense, we were disappointed," he says, adding that the company's new high-deductible plan more than doubles his monthly costs to $2,500 from $1,000. But, "we just want to do what's best for our employees."

Other insurers are dropping small-group plans because they're simply not profitable. In November, New York's Empire BlueCross BlueShield announced that it will trim roughly 30 plans from its small-group market offerings, leaving only four.
In addition, the company says it will pay brokers, who often act as a small company's human resources department, only $5 per employee per policy. Currently, brokers earn a 4 percent commission, or about $22 to $25 per employee per plan. "Commissions have been decreased because our [small group] book continues to lose money," says Sally Kweskin, a spokeswoman for the insurer.

The trend toward flat commission payments is worrisome, says Susan L. Combs, president of Combs & Co., a health and property insurance brokerage in New York. The compensation structure will attract fewer brokers, she predicts, and small businesses will "be stuck calling the 800 number and getting a random person every time."

Tomorrow's installment will take a look at the financing climate for small-business owners in 2012.